In the garden of delights 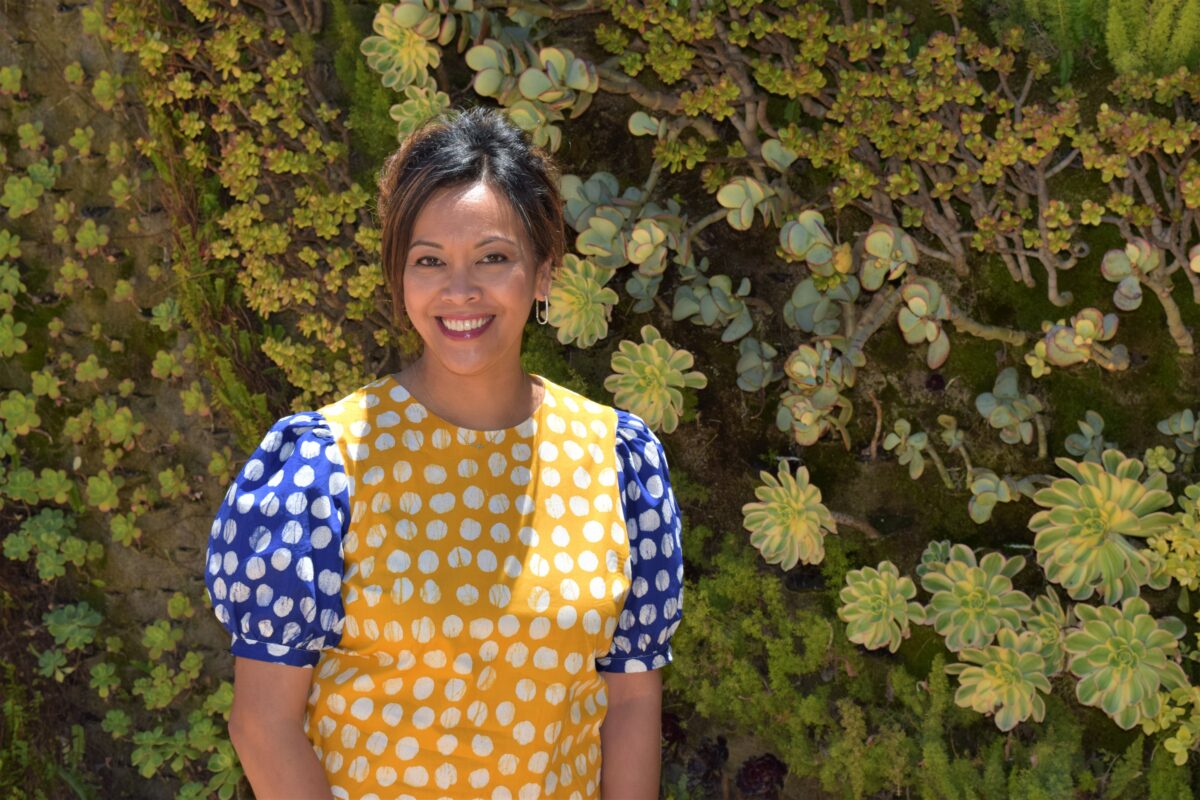 In the summer sun with Adrienne Nakashima

She’s lived most of her life in and around the South Bay, but right now Adrienne Nakashima is at the top of the world. I mean, how can anyone say otherwise when Nakashima heads up one of the loveliest spots on the Peninsula, the South Coast Botanic Garden?

In August of 2010, Nakashima was hired to be the garden’s CEO, and she’s led the public space through many ups and downs, most of them good, and some, like COVID and climate change, not so good.

Her early days were spent in Torrance — Nakashima attended Bishop Montgomery High School and then Cal State University, Long Beach, where she earned an undergraduate degree in Health Science and Community Health Education and her master’s degree in Sports Management. What I learned afterwards, as our outdoor conversation drew to a close, was that Nakashima was both a competitive tennis player and pursued competitive rowing on a national level. Well, she’s still at peak form, albeit in a different manner.

Trashy beginnings — the garden’s, not hers

After college, Nakashima says, “I had a number of years in non-profit and that’s where I really got the experience in fundraising and in marketing, and in just learning how important the work is that nonprofits do for the community.”

In other words, “Being able to take the business side of things and putting that together with causes that are important has led me to where I am here, which is another organization that serves to bring something important to the community. In some ways, all that experience helps lead to the success of the organization and us being able to serve more people.”

Nakashima points out that the South Coast Botanic Garden was one of the first of its kind to be built over a landfill. “We don’t have the history of being an old estate,” she says, “or property that was already carefully curated.” This writer, although careful not to give away his age, remembers the trucks going up and down Crenshaw and filling in the trash dump that extends dozens of yards beneath our feet. It’s still settling, hence the crazy drive up the entrance. I also have a picture where I’m lying on one of the roads in the garden. Nothing but a couple of small trees to one side and dirt in the distance. There’s been quite a transformation since then, to put it mildly.

Fortunately, though, no tennis courts or soccer fields. And there’s a reason for that.

“People often forget that this is not a recreational park space,” Nakashima says. “A public garden has very specific tenets to meet, one of which is having a significant horticultural collection, a living museum if you will. The care and feeding of that specialty is different and it requires expertise and more resources; and a constant eye to providing that space where specimens and collections like this can thrive and people can learn about what can grow in our spaces, different maybe from other spaces,” meaning unique to our geography, not only in comparison to what grows in other regions across the country but even to other parts of Southern California — Descanso Gardens in La Cañada Flintridge, for example, or the Arboretum in Arcadia. 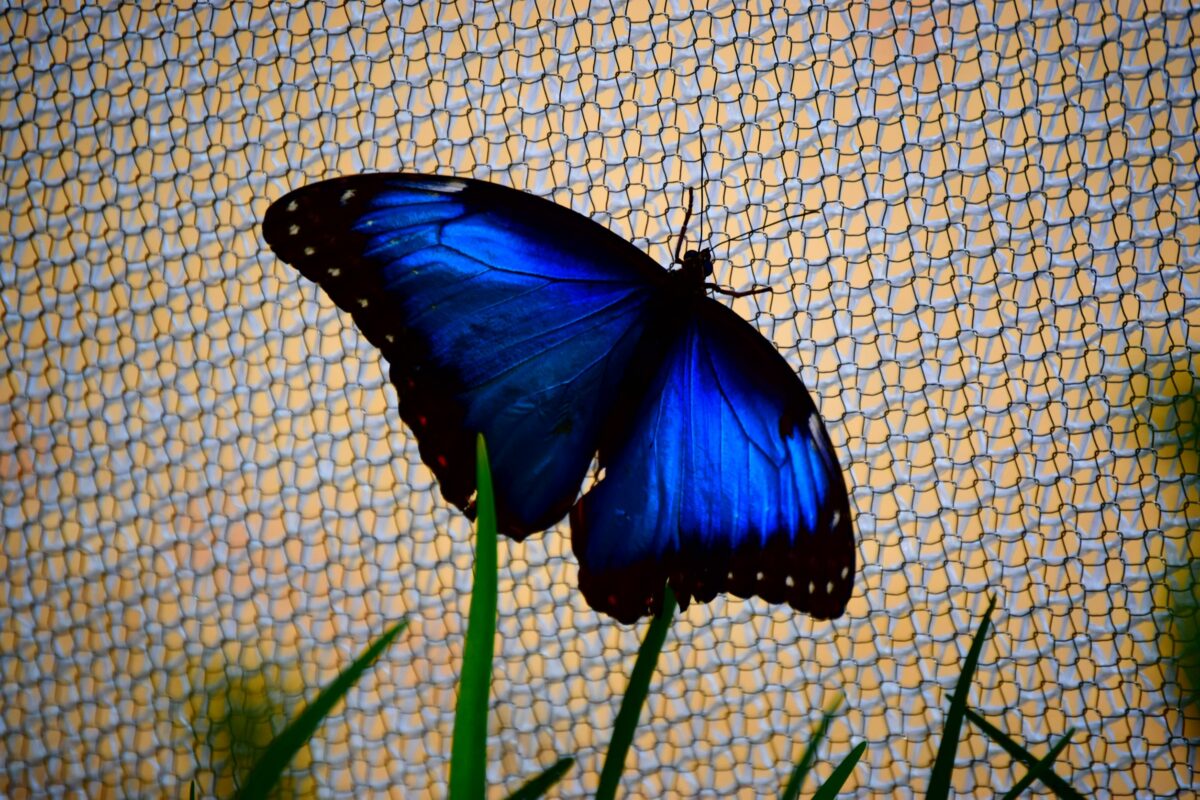 SOAR. The butterfly pavilion has been a delicate delight at the South Coast Botanic Garden. Photo by Bondo Wyszpolski

While the garden may not be hosting soccer clubs, it has, in past years, held theatrical and musical events on the grounds. Part of the mission, Nakashima says, is for it to be a garden for everyone “that helps to create experiences that encourage the stewardship and sustainability of this place, and so for us to increase the resources that come with the garden it is important for us to maintain the garden and what happens here. One of the ways we’re able to do that is not just through attendance or through membership or donations, but by providing these interesting and unique experiences — and she points to SOAR, with its butterfly pavilion, and to GLOW, a winter wonderland kind of light show. These are two of the more recent highly-touted events that have lured additional visitors.

Naturally, there are people — what shall we call them? purists? — who decry what they see as the commercialization of a meditative retreat. But Nakashima replies that dissenting views goes along with the territory.

“What we’re focused on and adamant about is the ability to serve all,” which means catering to “different interests and needs and desires. If there’s one thing that COVID taught us it’s that people have different relationships with nature, and people definitely found a place at South Coast Botanic Garden during COVID that they might have taken for granted in the past.”

The grounds cover 87 acres and Nakashima points out that “not everyone uses the space in the same way.” She mentions a science camp that’s presently in attendance as well as horticultural classes. Also, she adds, “We have regular members that come walk here every afternoon because it’s part of their therapy after recovery from heart surgery… Our goal isn’t to make it a one-note kind of place; we really are serving the ‘Community’ as we call it with a capital ‘C’. I say that as a distinction because so often places like this feel like they should just be kept secret for the mile radius that’s around us.” 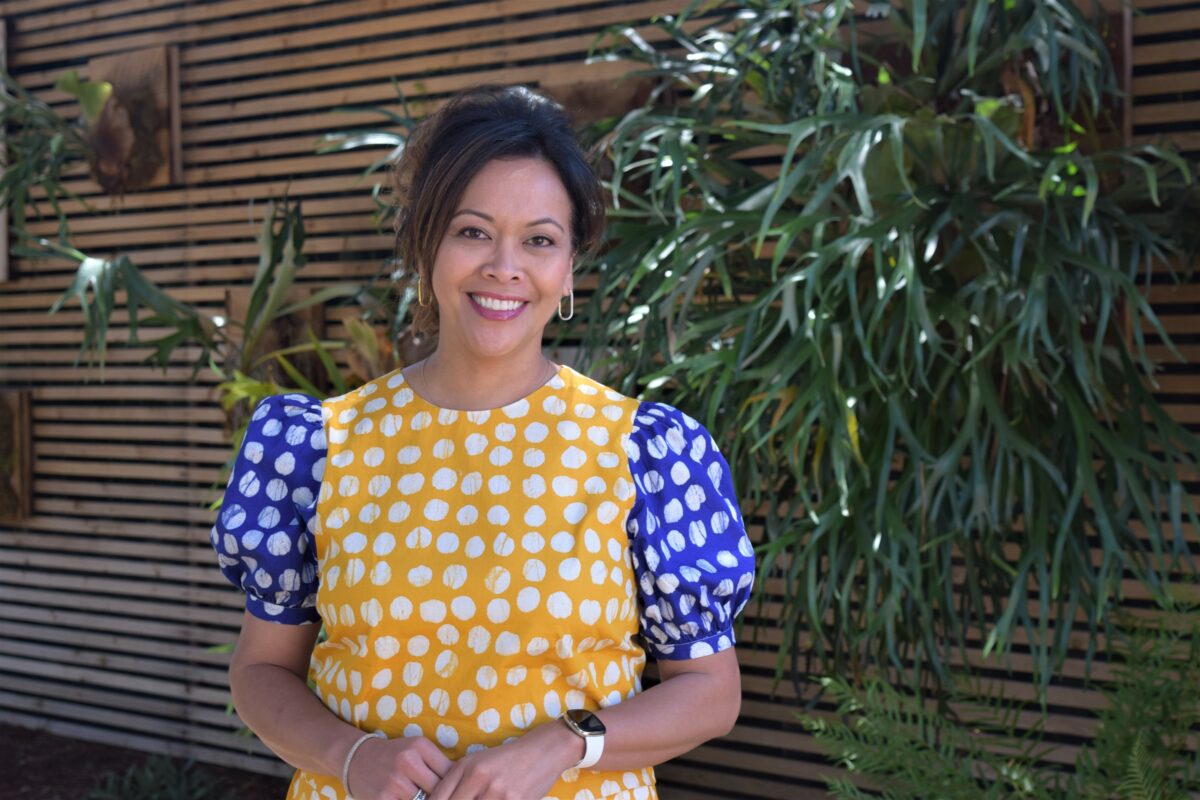 Plagued by the virus

“I think we had a unique experience here,” Nakashima says, “because we did not close during the pandemic.” Some public spaces elsewhere suddenly became off-limits, like the beach and various hiking trails. For a while, we were even discouraged from walking out our own front doors without first donning a mask. Most of us probably felt uncomfortable the first time we stepped into a bank with the lower half of our face covered.

The South Coast Botanic Garden had mandates to follow, of course, but it rose to the occasion and attendance rose also. There were people, Nakashima says, “that literally just needed to find a different place to walk — the regular cracks of their sidewalk were getting boring. So, we were one of the few places that said we can figure out how to make sure everyone stays safe here.”

During this time also there were inquiries from dog owners who were finding limited areas to walk their pets: “Is there any way we can bring our dogs to walk there? And we figured out a way that, maybe just a few hours and one or two days a month, we can open it for dogs to come walking. So we were able to respond to the needs of many different types of people and families.” And if you’re wondering if there are now feral packs of dogs wandering the recesses of the garden, the answer is not yet (which goes along with, yes, they’ve captured most of the grizzly bears that have escaped).

COVID’s handmaiden, of late, is climate change. Simply put, the state is drying up.

“It’s something that we can’t ignore,” Nakashima says, which means that the horticultural crew thinks long and hard about what gets put into the ground. “It’s being able to balance what people sometimes expect from garden spaces and what becomes practical because of the environment.” Some vegetation may no longer be sustainable “that maybe you used to be able to plant when you had all the water in the world to take care of it.

“The industry talks a lot about that. We are part of the American Public Gardens Association (a national network), and it is our responsibility in operating public gardens that we also share in the voice that says the environment is impacting all of our gardens collectively around the country. We all have had to adapt.”

The outlook may be somewhat grim, but at the same time there’s a bright side. “We have a wonderful opportunity to educate the community about how things can still be beautiful and inspiring,” Nakashima says. “It’s just different now in some of the ways our world is changing.”

The South Coast Botanic Garden is located at 26300 Crenshaw Blvd, Palos Verdes Peninsula. Hours, 8 a.m. to 5 p.m. daily. Admission for non-members is $15 adults; $11 seniors/students; $5 children; free for toddlers up to age 4. Advance reservations required. There are over 2,500 species of plants, five miles of trails, and 10 meadows. (424) 452-0920 or visit southcoastbotanicgarden.org. PEN