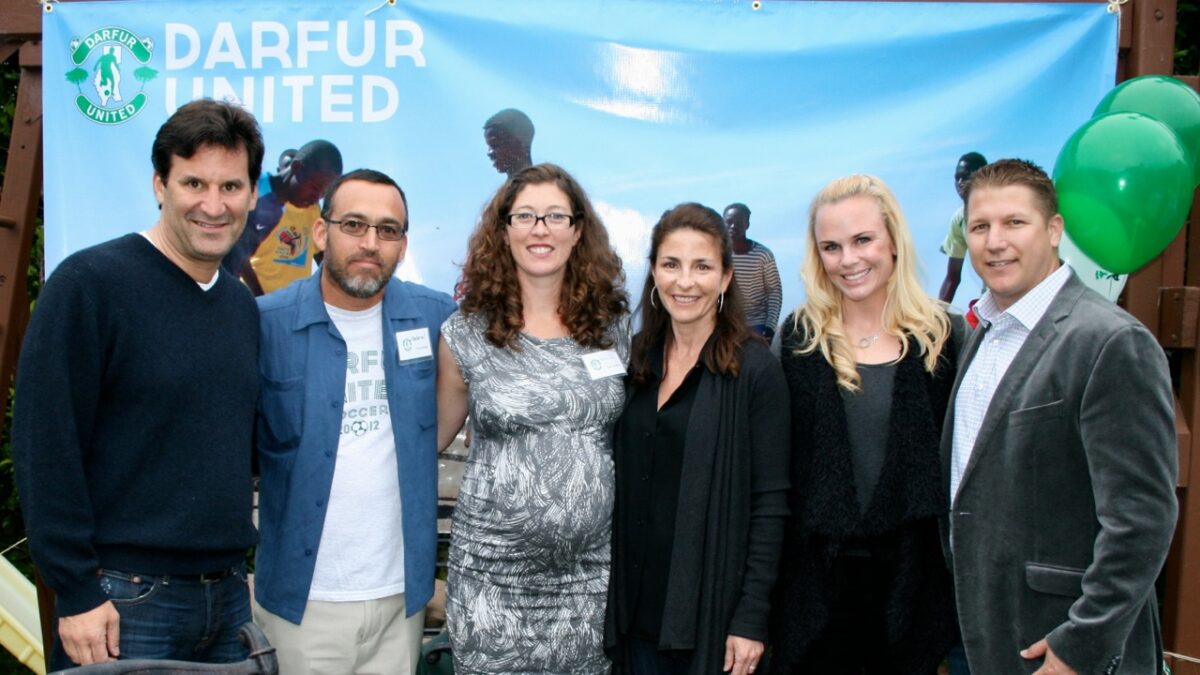 Gabriel, and Katie-Jay Scott Staurig (center) with Richard, and Lana, and Trisha, and Dennis Fox during 2012 iACT fundraiser at the Rizikas’ Manhattan Beach home. Photo by Heather Mendoza

The three people who died in a four-car collision last Tuesday evening at the intersection of Marine Avenue, and Pacific Coast Highway, in Manhattan Beach, have been identified as Christian Mendoza, 48. Gabriel Stauring, 55, and his wife Katie-Jay Scott Stauring, 40, all of Redondo Beach.

Mendoza was the newly appointed principal of Bennett-Kew P-8 Leadership Academy, according to a statement released by Erika Torres, an Inglewood Unified School District administrator.

Mendoza began his teaching career in the 1990s at Inglewood’s Highland Elementary School. He then spent nine years with the Lennox Unified School District, before being appointed principal this year of Bennett-Kew.

Mendoza is survived by his wife Leticia, daughter Alexis, and son Issac. A GoFundMe page may be found at GoFundMe.com/f/tribute-to-christian-mendoza.

Gabriel Stauring graduated from Cal State Dominguez and founded iAct in 2005. The nonprofit is best known for its Refugee United Soccer Academies in Chad, Tanzania, and the Central Republic of Africa. Katie-Jay Scott joined iAct in 2007 and married Stauring in 2009. The couple leave behind 9-year-old daughter Leila Paz and 18-year-old son, Gabo.

They founded the soccer program in 2012 in Eastern Chad, where 304,000 refugees from neighboring Darfur live in camps.

Much of the support for their soccer programs came from the South Bay.

The year the program was founded, Richard and Lana Rizika, of Manhattan Beach, hosted a fundraiser at their home. Proceeds enabled the Darfur United All Refugee Soccer Team to travel to Iraqi Kurdistan to compete in the Viva World Cup Soccer Tournament. The team was coached by Mark Hodson, of Hermosa Beach, who also coaches the local Beach Futbol Club.

A second iAct fundraiser that year raised funds for the women’s Darfur soccer team. It  was hosted by Marisusan Trout, of Redondo Beach.

The cause of the accident that took Mendoza’s, and the Staurings’ lives is being investigated by police. Two adults and a juvenile were also involved in the accident. They were transported to area hospitals. The two adults were listed in serious condition and the juvenile in critical condition. Their identities have not been disclosed.