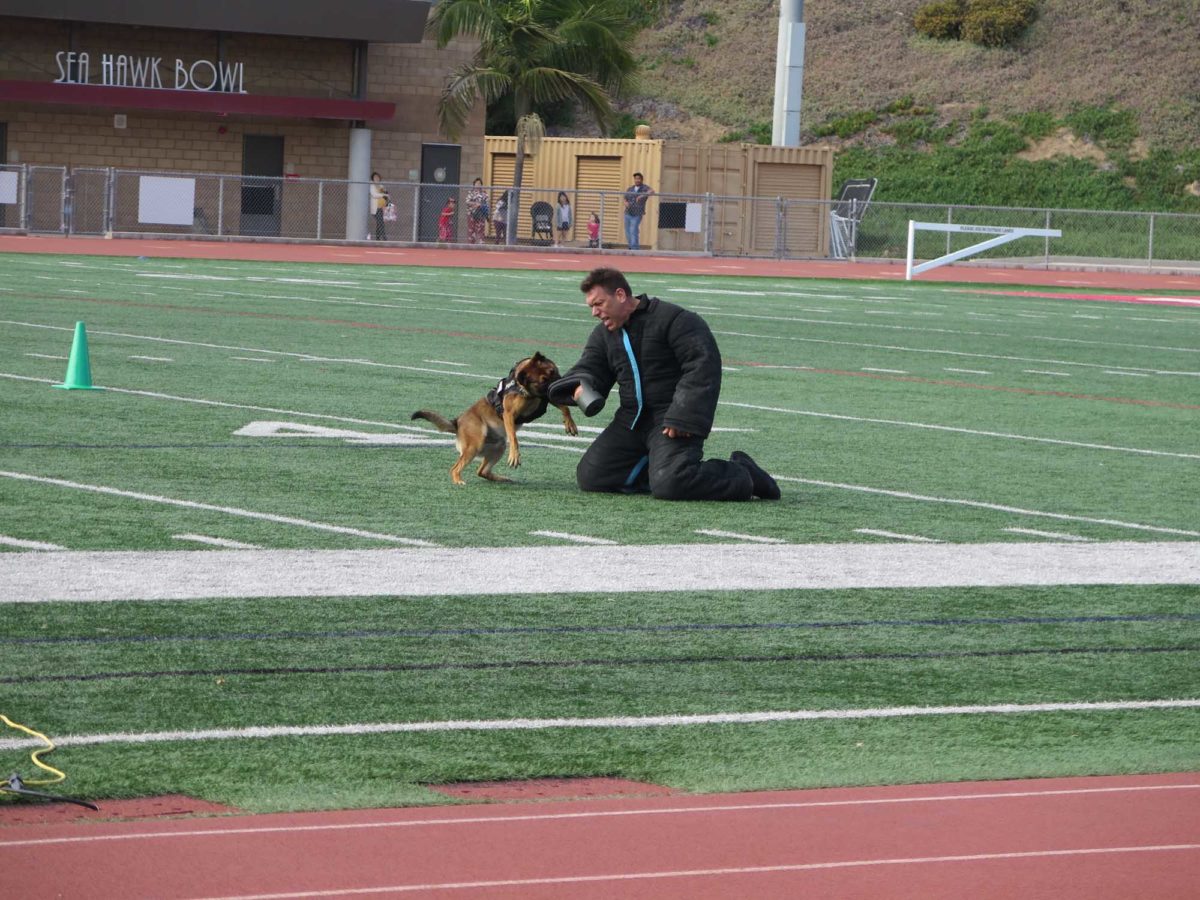 But it was a bittersweet day for Redondo Beach Police Officer Robert Carlborg. A week before Saturday’s demonstration of the bond between police officers and their K9 partners, Carlborg’s partner, K9 Officer Boss, died following complications from spinal cancer, at two years old.

Carlborg had designs on the two showing their skills at the day’s showcase of K9 officer speed, agility, and training. Though the subject of Boss’s untimely passing is still a sensitive subject for the veteran officer put on a bite-resistant suit and acted as a decoy during the “toughest dog” competition.

“It’s an opportunity for the community to come out and see what police dogs do,” Carlborg said. “They’re the athletes of the police world.”