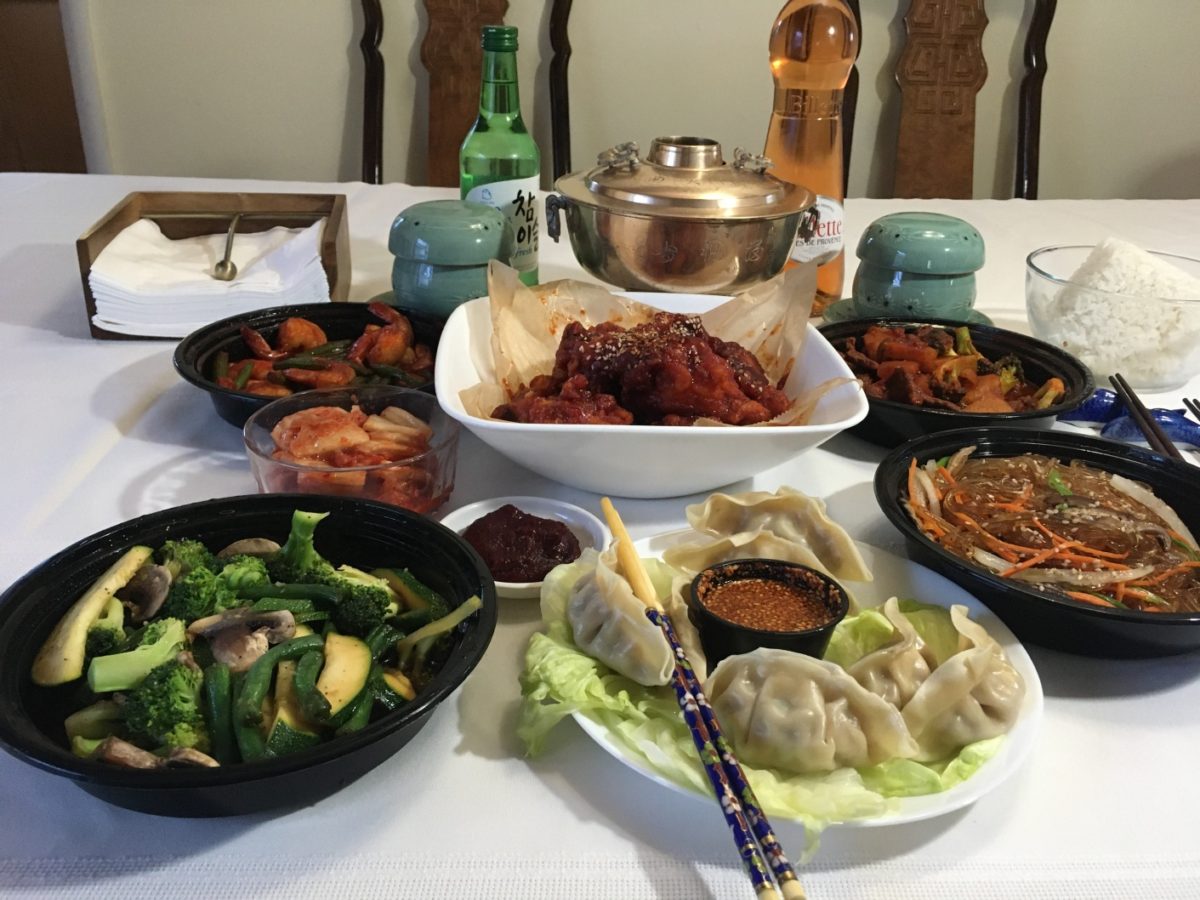 All native Angelenos have had a conversation with some New England transplant who has an inexplicable nostalgia for extreme seasons. They wax lyrical about snow, which we regard as something kept properly imprisoned in a box to keep beer cold, and a  phenomenon called autumn during which trees look pretty while trying not to die. Meanwhile we bask in one of the rare temperate climates in the world where the average range between summer and winter fluctuates less than ten degrees.

One thing that can be said about places with a wide range of temperatures is that it can stimulate culinary creativity. Consider Korea, where it can average as low as 27 degrees in January and can top 80 in August. Farmers produce enough food during the lush, wet summers to sustain the population for the whole year, and chefs and home cooks deploy an incredible range of pickling, drying, and salting techniques to preserve it. They combine these pickles and sauces with fresh items in season to make them delicious.

Korean cuisine has been growing in popularity in the last decade or two, and many suburbs are getting their first Korean restaurants. The South Bay has been ahead of the curve thanks to a tiny Hermosa Beach café called Pacific Rim. For decades this was run by a grouchy eccentric named Ho Kim whom customers either loved or hated. Two years ago it was purchased by a family who has kept the menu much as it was. That doesn’t mean the food tastes the same, because just as everywhere else, there are regional and personal variations in style.

The first thing you should know when eyeing the selection is that this is not like the typical Korean restaurant where you order your main dish and a variety of small side items are included. That is typical when Koreans dine out, but this is more like home cooking. The menu is brief and not particularly descriptive, so if you don’t know what some items are or have food allergies, you should ask. There is an unusually wide variety of vegetarian items and the owners are responsive to special requests, so if you tell them what you can have, you will be accommodated. The second thing you should know is that their online menu is not complete, so it’s worth asking about specials if you call in an order. For a recent meal we decided to stop in and check the chalkboard first and then stroll by the beach for half an hour, which turned out to be almost exactly the right amount of time.

We started with a Korean favorite, the dumplings called mandu, and a fusion item, their version of hot wings. Mandu are Chinese pot stickers by a different name, and on most days they offer a vegetarian version, but on the day we stopped by they were stuffed with beef. The filling was mild but had pleasing overtones of onion and ginger, but there was an assertively spicy hot sauce with sesame for those who like it zippy. The dumplings are made in advance so only one level of seasoning is offered, but everything else can be made mild, medium, or spicy.

We asked for the chicken wings to be spicy, and they certainly delivered on that promise. There was heat from chili and garlic, but also the nuttiness of sesame oil and sweetness of gochujang fermented soybean paste. I have never had a buffalo wing sauce with anything like this depth of flavor, and never expect to again. I will probably order them mild or medium next time so that my wife may partake of them, because she took one look at my red, sweating face after the first bite and decided that she didn’t want to even touch them.

I had ordered two other items mild and one medium, and those were more to her liking. The japchae, transparent rice noodles quickly sautéed with white radish, scallion, celery, carrot, and mushrooms, were in a sweet soy sauce with just a little pepper tang in the background. The sautéed vegetable medley of broccoli, zucchini, green beans, and mushrooms was in a slightly different sauce that also lacked fire but served to enhance the natural flavors. It was proof, if any was needed, the Korean food doesn’t have to burn to satisfy.

The shrimp with green beans in a sweet chili sauce that we ordered medium had those flavors at half throttle, and the spicy beef with potatoes and broccoli was as exuberantly seasoned as anything you might get in a Korean neighborhood. That said, both had some subtlety to their seasoning, and the heat was tempered by some sweetness. Even the hottest dishes here are less vinegary and pungent than some items I have had in Korea and in K-town restaurants, so this is probably a matter of the chef’s own tastes.     The housemade nappa cabbage kimchi was also relatively mild, though with the distinctive homemade flavor you get from natural fermentation. I wish they offered more types of kimchi, particularly the cucumber kimchi that always tastes both hot and cool at the same time and is a marvelous summer dish, but this kitchen is small and the family members were working like mad trying to get all the orders out the door.

Pacific Rim doesn’t sell alcohol, but we decided to try pairing our meal with a bottle of soju and a rosé wine from Provence. Soju is of course traditional, but the lightly sweet pink wine was a good accompaniment. An Alsatian Riesling with some spice to it would have worked even better, but this was still proof that a cuisine that is not notoriously wine-friendly can still support pairings.

A full dinner for four ran only $66, making this one of the better meal deals in the Beach Cities. I long for the days when I can go out to traditional Korean restaurants in Gardena and LA, but I’ll keep patronizing this local gem even after those options are available.