A couple of longboarders: Kris Hall and Taylor Stone sync in and out of the water

Anthony Renna shot of Kris Hall that was used for the June 2015 cover of the now defunct “Drop Zone LA” Magazine.

El Segundo High senior Taylor Stone started surfing just two years ago, out of necessity. “Kris spends so much time in the water it was the only way to have fun with him,” Stone said of her boyfriend Kris Hall.

Hall began surfing when he was two, on a Boogie Board at Pine Trees on the Big Island of Hawaii.

“My dad was over there teaching special education for three years. It was the perfect place to learn,” Hall said.  “My dad is still a special ed teacher in Compton.”

Today Stone and Hall are arguably the best longboard couple in the South Bay. His surf style combines elements of Phil Edwards jazzy gestures and local longboarder Shawn O’Brien’s precision noseriding. His turns are fluid and on rail like Nat Young’s cutback, circa 1966.

Stone and Hall share a wave. photo by Pegi Stone

She has an equally graceful style, but with a feminine touch. Her first two steps to the nose are as pretty as they come.

Stone is one of the El Segundo High surf team’s top surfers. She finished third in the International Surf Festival contest this past summer.

Hall arches into a stylish noseride at his beloved Hermosa Beach Pier with his lady paddling out the back. Photo by Pegi Stone

“My dad is my major surfing influence. His idols were ‘60s icons like Phil Edwards,” Hall said. “I used to ride his old longboards and got teased by the shortboarders out in the line-up.”

When Hall was 16, he couldn’t afford a new shortboard, so he shaped and glassed one, with help from Redondo surf coach Frank Payne.

“I still ride itt board when the waves are fun,” Hall said. “The second board I shaped was a 9-foot-2 that I made for Taylor. I call the shape ‘My Scarlet Begonia.”

Today, when not attending El Camino or working at ET Surf, Hall shapes, under his label Flower Surfboards, at Mangiagli Manufacturing (the South Bay’s oldest surfboard manufacturer) in the old Rick Surfboards booth.

“I’m constantly inspired by South Bay surfboard manufacturers like Bing Copeland, Hap Jacobs, and Rick Stoner, who put Hermosa Beach on the map,” he said, “I also dig the shapes Phil Edwards did for Hobie Surfboards. And I admire Dan Cobley (Danc Surfboards) for his versatility and work ethic, Robin Kegel (Gato Heroi, Creme Surfboards) for his outside of the box designs and Gene Cooper (Cooperfish) for his craftsmanship.”

“I get the pleasure of having a bay right next to Kris,” Cobley said. “It’s been a thrill watching his shapes progress.” Flower Surfboards have become particularly popular among young, local  longboarders. 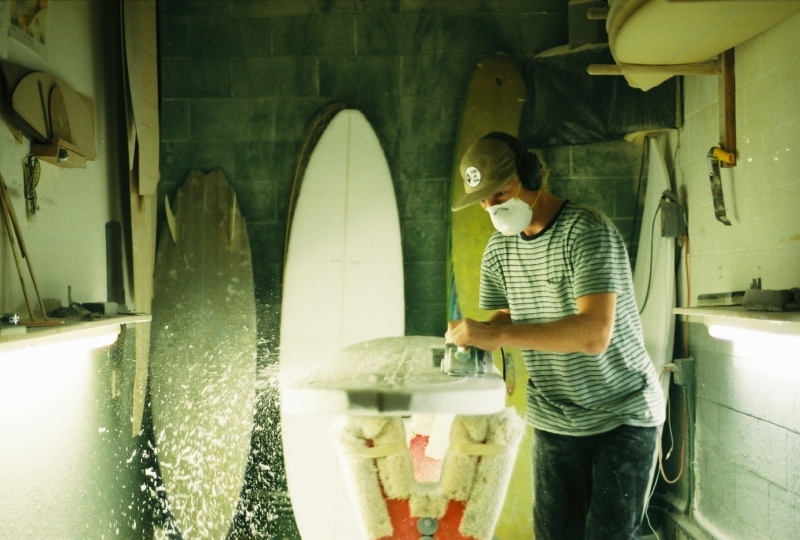 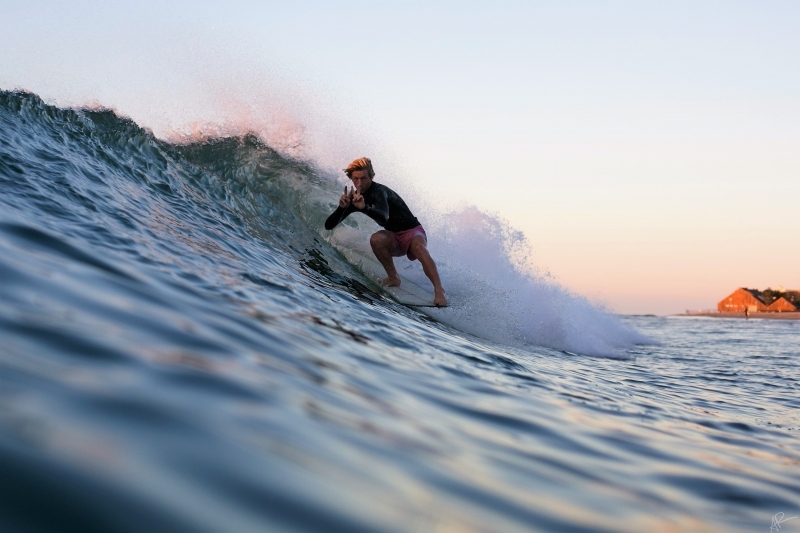 Hall and Stone call the Hermosa Pier their home break but love surfing all the South Bay beach and reef breaks on big swells. Malibu is their favorite surf spot because the wave offers long nose rides to the pier.

“We hate the crowds but still manage to get a few good ones to ourselves every time we surf Malibu,” Stone said.

“One Malibu morning, we got a perfect session in six-foot waves with only 10 other surfers out,” Hall said.

They also love Mexico’s K-38 and always have fun sharing the playful waves at San Onofre. Earlier this year, Hall was supposed to leave his lady’s side for a few months to chase waves up to Canada. But that plan was halted when he found an original, second owner  ‘62 Ford Econoline. Trip money became car money.

With his ability on the front half of his surfboard, it is easy to assume Hall strictly loves nose antics. But he said prefers a meaty tube over anything and considers barrel dodging a mortal sin.

“It’s the hardest thing to do on a longboard,” he said. “Switching stance in the middle of a cutback is a close second.”