Lady behind the lens: early 20th century photographer back in focus 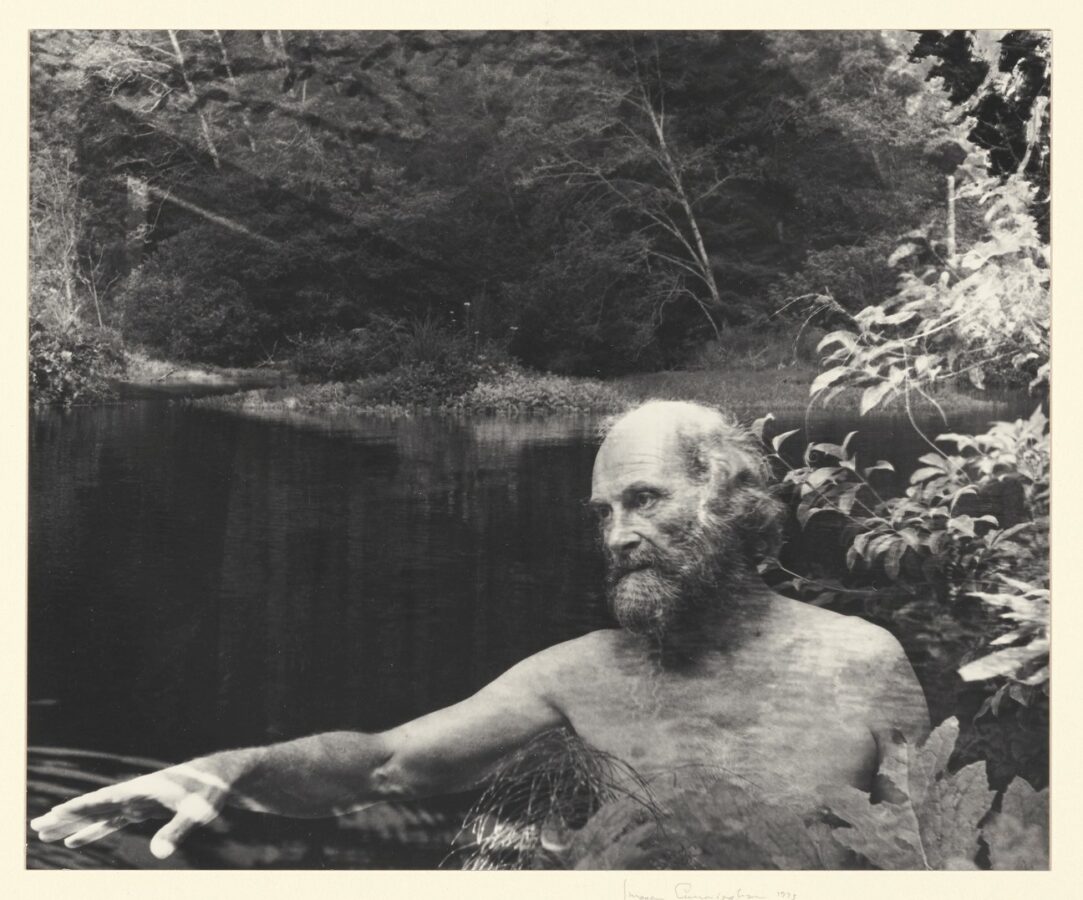 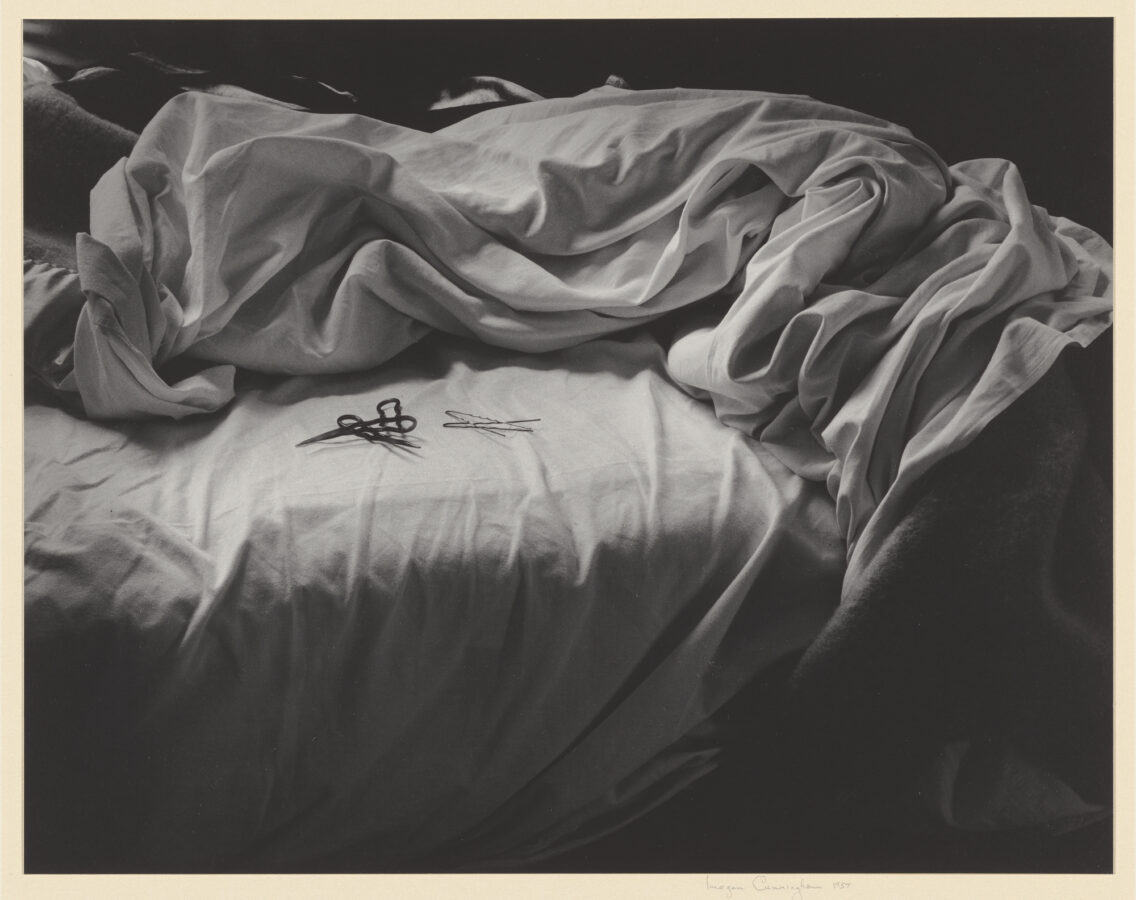 “Imogen Cunningham: A Retrospective” at the J. Paul Getty Museum 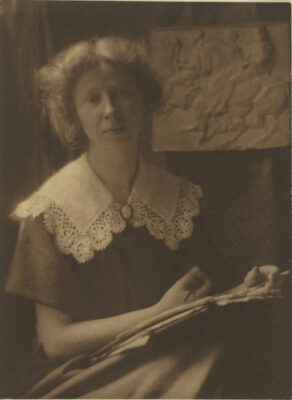 While Imogen Cunningham is not as well known as other early- and mid-20th century photographers such as Paul Strand, Alfred Stigelitz, Edward Wilson, Walker Evans and Dorothea Lange, her work parallels and bears comparison to theirs in many respects. Her career behind the camera spanned 70 years—she lived from 1883 to 1976—but how well known was she? Curator Paul Martineau notes in the accompanying catalog that she “was more than eighty years old when she received her first monograph, in the winter 1964 issue of ‘Aperture.’” Books devoted to her work began to appear, in 1970 and again in 1974, with others on the heels of her death, on June 24, 1976, which was also the day that Minor White, her friend and fellow photographer, gave up the ghost.

Cunningham’s 1956 solo exhibition at Limelight Gallery in New York was favorably mentioned by the New York Times, but long before then people had taken notice of her pictures. It also helped that she came from a liberal background and was not discouraged in her choice of a career.

To begin with, she had a rather eccentric father. Isaac Burns Cunningham, writes Susan Ehrens, “was a freethinker, a vegetarian, and a Spiritualist. He was bookish and inquisitive—a voracious reader of Shakespeare, Theosophy, and philosophical mathematics. He named Imogen for King Cymbeline’s daughter, whom he considered William Shakespeare’s noblest female character. The Imogen of ‘Cymbeline’ is a headstrong, independent girl; her namesake would prove to be of like character.” 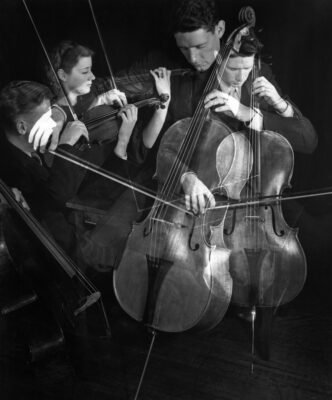 Whether or not the elder Cunningham wholly approved of his daughter’s pursuit of photography, he did build her a darkroom in the family woodshed.

While she may have been a confident young woman (as Ehrens implies), it’s helpful to have role models, pioneers of a sort that can indicate the road ahead, and other women photographers who influenced or encouraged Cunningham include Gertrude Käsebier, Jessie Tarbox Beals, and Frances Benjamin Johnston.

And so, after completing her college degree in three years, Cunningham applied for and won a scholarship to study photographic chemistry in Dresden. She then left Seattle and traveled overseas, spending much of 1909 and 1910 in the capital of Saxony while she studied and learned about and experimented with the basic materials of her craft. As Ehrens points out, “Clearly her objective in conducting these complex experiments was to enrich the aesthetic quality of her photographic prints—to put science in the service of art.”

After her return to Seattle, Cunningham opened her own studio. Much of her work at that time is squarely in the Pictorialist vein, which is to say there’s a sepia-toned gauziness here, which so many others were drawn to as well, from Emily Pitchford and Anne Brigman to Edward Weston and even Ansel Adams. Back in 1994, the Getty Villa and the Huntington co-hosted “Pictorialism in California: Photographs 1900-1940,” and the catalog for that show remains a valuable resource for that particular genre which, perhaps predictably, ran out of steam as it seemed more of a vestige of the late 19th century than a harbinger of modernism in the 20th. 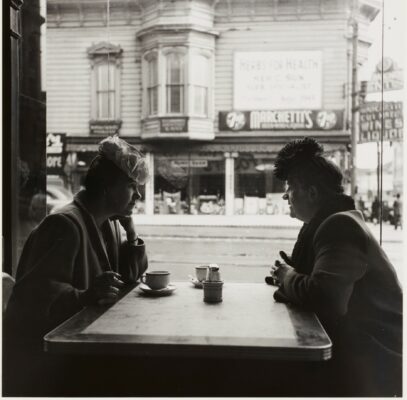 As visual artists must, Cunningham had an eye for composition, and was keenly aware of patterns, shapes, tones and textures, whether pointing her camera at the inside of a flower or at someone sitting still for a studio portrait. And speaking of the latter, she was influenced by the 18th century woodblock prints of Kitagawa Utamaro, the way he would pose people together for double portraits so that the resulting image could be as harmonious as possible.

Cunningham’s trajectory as an artist was somewhat interrupted after 1915, when she married, and then, in fairly quick succession, gave birth to three sons. This is one reason why we see so many birds and blossoms, images taken in her garden where she could also keep an eye on her boys. And later, as they became more self-reliant, Cunningham was again able to venture farther afield, for example to Stuttgart, in 1929 where she was involved with the Deutscher Werkbund exhibition, “Film und Foto.” Also, her first images for “Vanity Fair” appeared in the Dec. 1931 issue.

On the homefront, though, it hadn’t been going so well and her husband divorced her in 1934, which apparently affected her deeply. There were hard times during the late 1940s, but whereas some things fell by the wayside other things, other people, came along to help fill the void. In 1950 she began a long friendship with the sculptor Ruth Asawa despite their 43 year age difference. But then again, Cunningham never seemed particularly judgemental about people based on age or ethnicity or sexual preference. What concerned her was the image, digging it out of the woodwork, so to speak. In other words, “I work by instinct.”

For those wondering if Cunningham ever photographed the famous of her time, the answer is yes, and included in the book are pictures of Frida Kalho, Gertrude Stein, Herbert Hoover, Morris Graves, Man Ray, Martha Graham, Spencer Tracy, and others.

When Imogen Cunningham died at age 93 she was still active and photographing until nearly the very end. As Martineau says, “She readily admitted that she was never fully satisfied with anything and considered self-improvement, in all its forms, her life’s work.”

One of her last projects was photographing the elderly in their 90s, but she was forced to dial it down a notch, and to include people in their 80s. There’s one image in the show, “Age and Its Symbols,” from 1958, that looks like it might have been a part of this series. We’re so often fixated on images of the young and flawless, but this is a beautiful portrait of an elderly lady and in a sense an elegant reflection of the photographer herself.

This exhibition nearly didn’t materialize, as its original dates (June 29 to Sept. 26, 2021) came during one of the spikes in the pandemic. It had already been scheduled for the Seattle Art Museum from last November and into February. Perhaps there were no further commitments, because now Cunningham’s show is here and it can finally attempt, in Martineau’s words, “to raise her stature by giving her work the same attention accorded her peers.”

Regarding the catalog: “Imogen Cunningham: A Retrospective,” by Paul Martineau (Getty Publications, 245 pp., $50).