“Le Code” – His own [TELEVISION REVIEW]

The cast of "Le Code." Photo courtesy of MHz Choice. 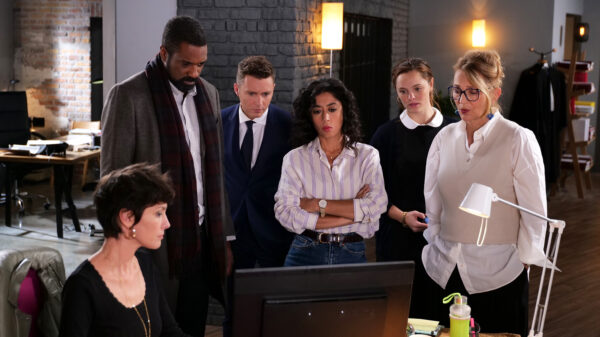 The law office of ‘Le Code’ on MHz Choice

A legal procedural in any other language is still a procedural and we just can’t get enough of them, especially when the lead is charismatic and handsome. This one, in French, centered in the city of Lille, is just such a series and is graced with a hunk of a lawyer able to leap tall buildings in a single bound but, alas, not bulletproof.

Lawyer Idriss Toma is as good as they come. We meet him as he has just won a class action suit against a toxic paint company. The victims alleged their cancers were a direct result of using this product but Tomas found every weakness in every victim, save one. For that one, gravely ill, the strategy was to stall until she died. Toma pulled a rabbit out of a hat on this one. Or did he? Confronted by the angry, heartbroken husband of that gravely ill, now deceased, victim, he has come to extract revenge. He pulls a gun and shoots Toma, but, as we come to find out, the doctors were able to extract all but a fraction of the bullet from his brain. That fraction remaining is his death warrant but the question is, when?

Recovered and with a tentative reprieve on life, Toma decides it’s time he played on the side of the victims for a change. Gathering a team of allies and exceptional lawyers around him, they take on the French justice system, not unlike our own. One may be innocent until proven guilty, but that principle is often shunted to the wayside. Upholding that tenet of the law is their mission.

Whether it’s a woman who has confessed to the self defense killing of her abusive husband, or the kleptomaniac client of Nadia Ayad, they make sure that the law is followed (in favor of their clients).

Like most hybrid procedurals, and this is, more accurately, what this is, the facade of the personal lives of our characters is lightly scratched. Office interactions reveal a group that cares deeply for one another, although tensions are never far from the surface.

“Le Code” is not substantively different from any other legal series you’ve seen before but it’s interesting to see the slimy tactics of prosecutors delivered in a different language. You’ll love state prosecutor Kowalski as he lays his unethical traps against Ayad in a case where you can see that sometimes the biggest challenge isn’t the prosecution but your own client. 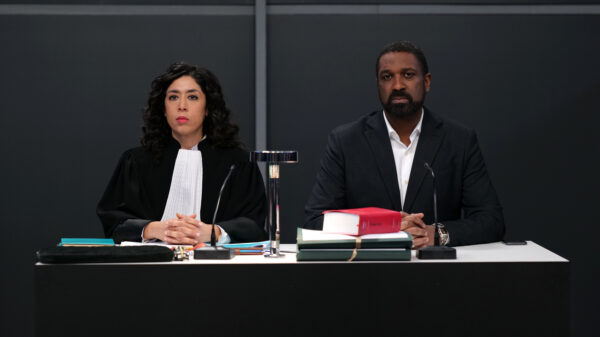 Each episode, of which the first two were available for review, has its own stand alone court cases with the thread of at least one running into the next episode. In this case it’s Toma’s relationship with his estranged daughter. Estranged is being generous as he has had very little, if anything, to do with her over the 20 or so years of her life.

Because “Le Code” is the hybrid procedural with which we are all so well acquainted, it hinges on the allure of its cast. And no one is more alluring and charismatic than Daniel Njo Lobé as Idriss Toma, a well known French television actor.

The rest of the cast is excellent, but it is Naidra Ayadi who plays lawyer Nadia Ayad who shows the most promise for development. Her complicated homelife is alluded to, but more about her will come as the series progresses.

My bet is that Idriss Toma will live as long as the show has legs.