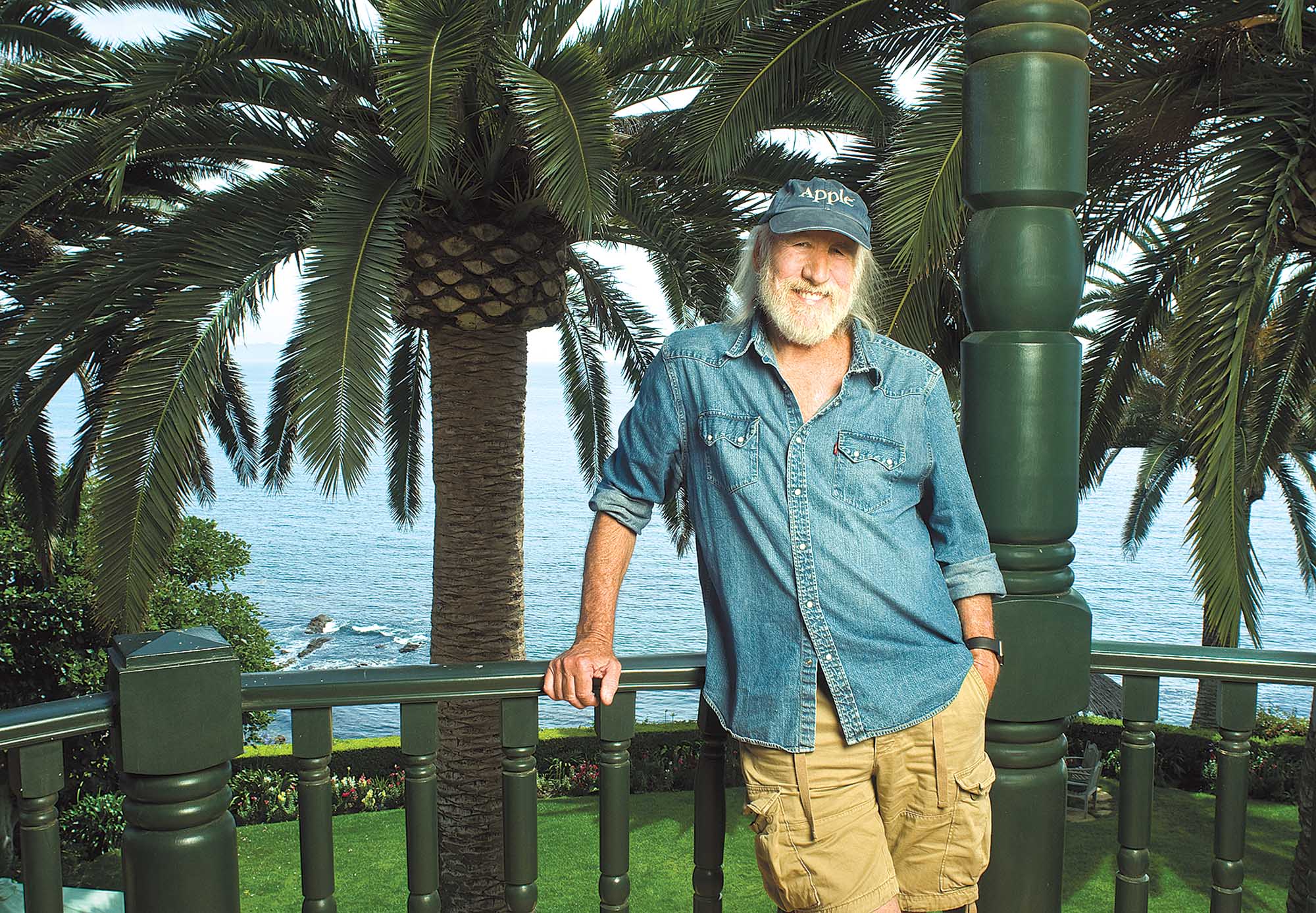 by Bernice Lake and Kevin Cody

In 1983, Chiat/Day created an ad for Apple’s new Macintosh that the struggling computer company’s board of directors hated.

“The board basically instructed us to sell off all media time for the ad, as apparently, we were both irresponsible and self-indulgent because the ad never actually showed the product or explained what it did,” recalled Peninsula resident Lee Clow during a recent interview. At the time, Clow was Chiat/Day’s creative director. 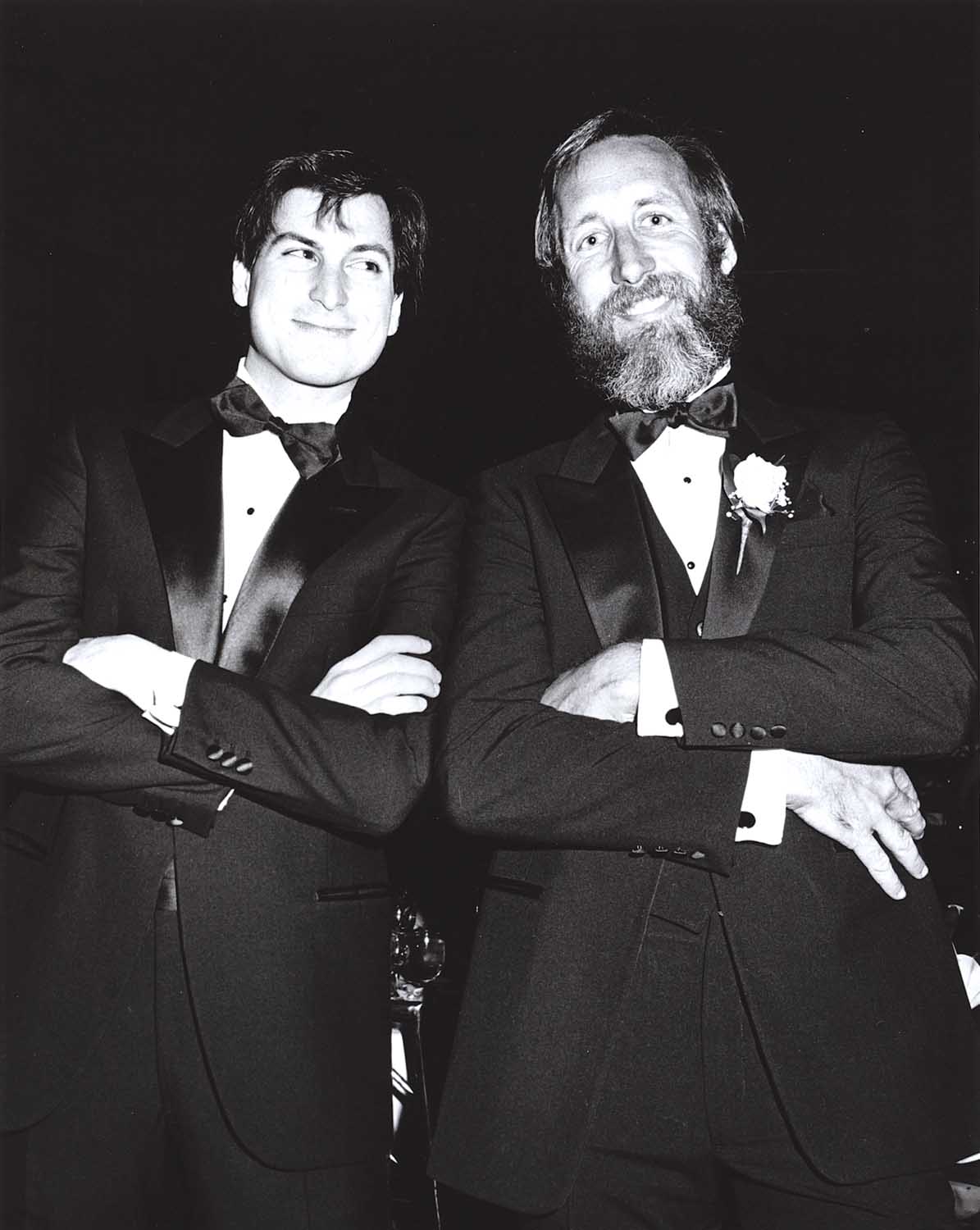 When Apple co-founder Steve Jobs previewed the commercial during his fall 1983 keynote address to employees, it received a standing ovation.

Jobs overruled his board. The controversial, 60-second commercial aired nationally for its first and only time on January 22, 1984 during the third quarter of Super Bowl XVIII.

The ad was directed by Ridley Scott, who two years earlier had directed the dystopian film  “Blade Runner.” A female runner pursued by stormtroopers, races to the front of an auditorium and hurls a large hammer at a screen whose totalitarian speaker has mesmerized his audience of skinheads. The screen explodes. The audience awakens. A message scrolls down the screen:

Over the next three months, Macintosh sales soared to $150 million. Advertising Age named Apple’s “1984” commercial the best in advertising history.

The commercial led to a friendship between Clow and Jobs that would continue until Job’s death in 2011.

More than a decade after the “1984” commercial aired, that friendship also resulted in Chiat/Day rescuing Apple a second time, when it won back the account from the worldwide advertising agency BBD&O

As recalled in a 2011 Forbes story by former Chiat/Day art director Bob Siltanen, “In July 1997, Lee Clow joyfully strolled into my office and said we would be flying to San Jose and driving to Cupertino to talk with Steve Jobs about Apple’s advertising account. Steve had recently come back to Apple as interim CEO.” 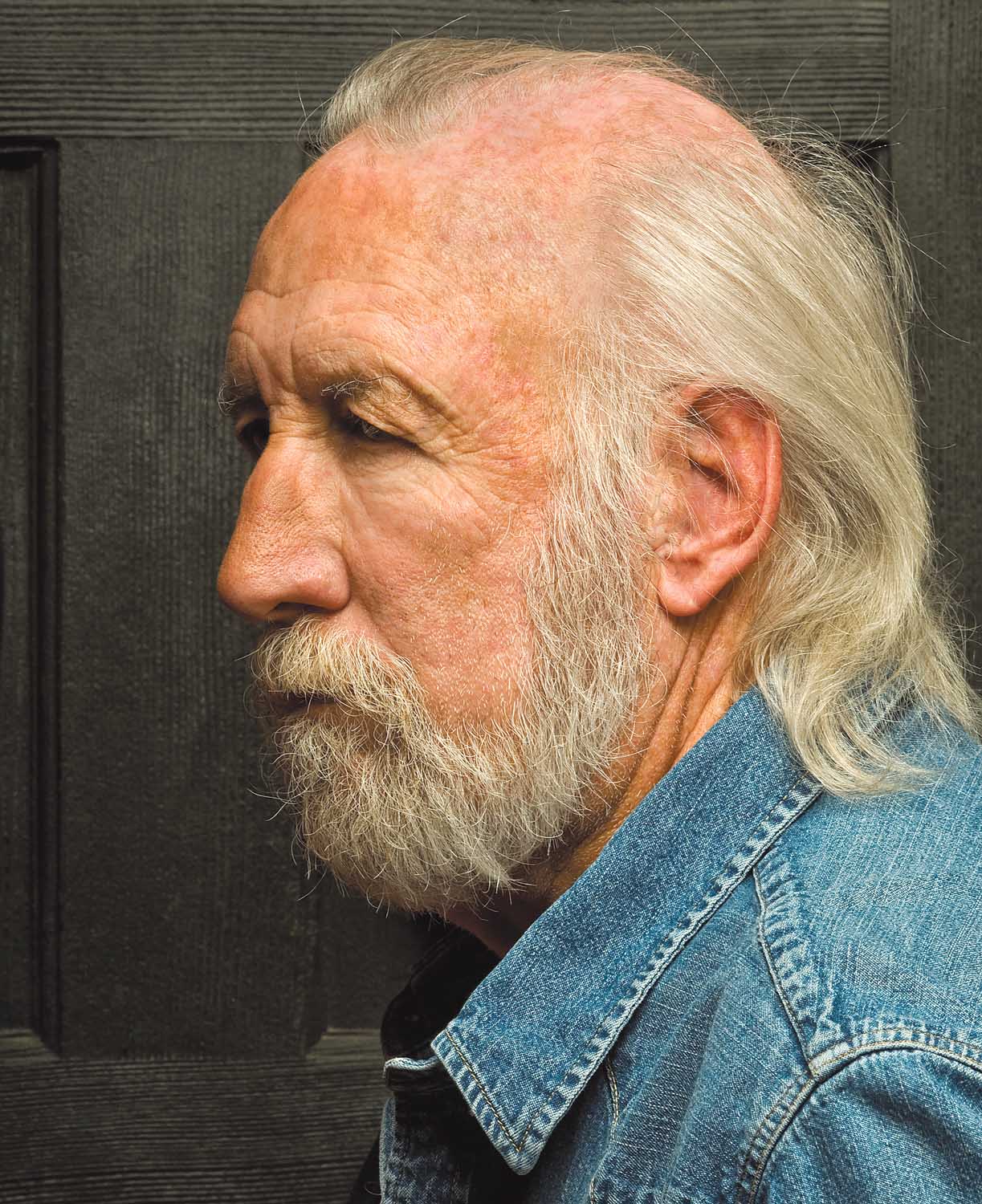 “While I greatly respected Steve for his remarkable accomplishments and extraordinary passion,” Siltanen wrote, “I didn’t have much patience for his often abrasive and condescending personality. It is here, in my opinion, that Lee Clow deserves a great deal of credit. Lee is more than a creative genius. In working with Jobs he had the patience of a saint.”

Clow and Siltanen took to Cupertino a campaign with the tagline “Think Different.”

According to Siltanen, “Clow came up with the inspired idea of using [English singer] Seal’s haunting song ‘Crazy’, with the key lyric, ‘We’re never going to survive unless we get a little crazy’ as the driving force to the video.”

(Though the Seal song would not be used because of licensing issues, the idea of “Crazy” remained foundational to the campaign.)

Actor Richard Dreyfuss narrated the TV ad: “Here’s to the crazy ones. The misfits, the rebels, the troublemakers — the round pegs in the square holes. The ones who see things differently.”

Black-and-white images of people who “Think different,” including Albert Einstein, Buckminster Fuller, John Lennon, and Martin Luther King Jr., scrolled across the screen. The commercial ended with, “The people who are crazy enough to believe they can change the world are the ones who do.”

Jobs’ initial response to the “Think Different” campaign was not positive, Siltanen recalled.

“Only the three of us were in the room. We played the spot once, and when it finished, Jobs said, ‘It sucks! I hate it! Its advertising agency shit.’”

A few months later, Jobs not only reversed himself, but he thought so highly of the campaign that in Walter Isaacson’s biography of Jobs, Jobs takes credit for writing it.

Despite how difficult Jobs was to work with, Clow remained a strong admirer, as well as a friend.

“When I went to work for Steve Jobs, he was only 23, a lot younger than I was. But he motivated me to prove to myself that I could always do better; he expected more of me than I expected of myself,” Clow said.

Clow was born in Los Angeles in 1943, a product of Southern California’s post-war boom and beach culture. Learning to surf during the sport’s golden era would play a decisive role in his career decisions.

He credits his first-grade teacher Mrs. Rice with recognizing his artistic potential after he drew a boat in her class with a bow wake and smoke coming out its smokestack, Clow recalled during his introduction into the New York Art Directors Club Hall of Fame in 1990.

Walt Disney was an early hero. He was fascinated with how an animator who drew a mouse was able to create a business empire. The juxtaposition of art and business along with Disney’s passion and focus sparked Clow’s interest in advertising, Clow said.

After attending Santa Monica City College and Long Beach State, he looked for work with an advertising agency that was creative and not in New York. He did not want to give up surfing or wear a Brooks Brothers suit.

He found Chiat/Day. Its motto was “Let’s do good ads.” It was the only agency in Los Angeles where “advertising was respectable” and where ads could be “smart and funny,” he said.

Employees called it “Chiat/Day and night” because of the dedication expected of its employees.

When Chiat/Day rebuffed him, he launched a self-promotional campaign called “Hire the Harry.” It included persistent phone calls, letters, bumper stickers, and ads posted in the Chiat/Day parking lot. In 1973, the agency relented and hired him as an art director. At the time, the agency had 30 employees and $15 million in billings. When Clow left 50 years later, as chairman worldwide of TBWA/Chiat/Day, it had 1,500 employees and $1 billion in billings.

Clow thinks of  himself as a “media artist.”

“Advertising people are cultural anthropologists or sociologists. Good advertisers have the ability to understand where culture is and where people are and then zero in on certain human truths and understandings about people that make the way you tell your story, or the message you convey, connect with people,” he said.

At Chiat/Day, Clow pioneered campaigns that tell a story that transcends the product.

His vision can be found in the Energizer Bunny that keeps on “Going and Going,” the Taco Bell Chihuahua who demands “Yo Quiero Taco Bell,” Adidas’ “Impossible is Nothing” campaign and Nike’s Olympics campaign with Randy Newman singing “I Love L.A.”

According to Clow, now, as much as ever, there is an opportunity for brands to stand above the crowd by telling stories in a “disruptive but artful way”.

This past Valentine’s Day, in a “Love Note to Advertising,” published in Advertising Age, Clow announced his retirement.

“I’ve probably overstayed my welcome. There aren’t too many people my age that are still allowed in the office,” the 75-year-old told Advertising Age.

Upon learning of Clow’s retirement, Apple CEO Tim Cook said in a statement, “During his long partnership with Steve and Apple, Lee told powerful visual stories that elevated new technologies with the passion, creativity, and ingenuity that define our own humanity. He helped Apple carry itself through times of challenge, and his work inspired audiences to look beyond the horizon as an exciting future came into view. Lee’s body of work over five decades hums with cleverness, warmth, and enthusiasm — and there is no doubt that it will inspire and motivate generations of ‘Crazy Ones’ still to come.”

Clow credits the proximity to the ocean with clearing his mind and creating the space to focus on problems he is trying to solve. Two decades ago, after living for many years in the Venice Canals, within walking distance of the Chiat/Day office, he stumbled on a vacant lot in Palos Verdes. It had a breathtaking view of Catalina Island, suggesting an island anywhere his imagination might take him, while the quiet Peninsula took him back to the beloved Southern California of his childhood.

For all the technological advances he’s witnessed, the fundamentals of advertising are unchanged, he told Advertising Age in his farewell message.

“What’s throwing our industry for a loop is the complexity of putting messages out there in the world with all these new tools and all this new technology. The tools and technology are overwhelming. I think a search for simplicity and pure ideas is the only route back to making it more fun again.”