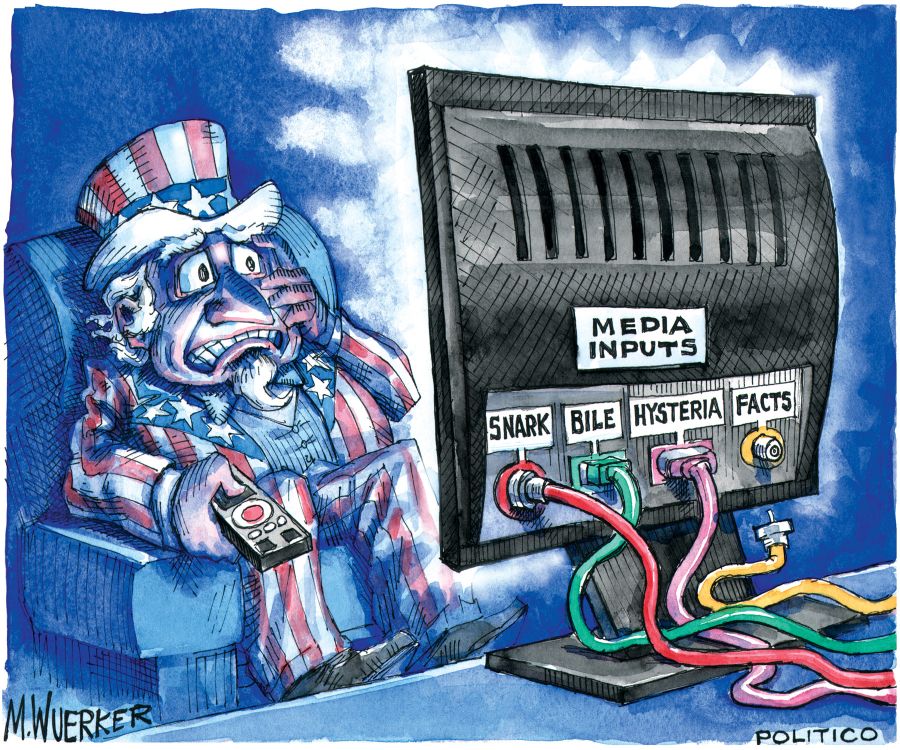 The Manhattan Beach Planning Commission on August 28, 2019 did in fact face the incredible responsibility of addressing the emoji house issue (Manhattan Beach 2019 year in review). It’s was one of the more fascinating challenges we have had as a planning commission, given it is tied into property, personal, artist, freedom of speech, neighborhood, landlord, and commercial rights. Under reported was the fact that the commission did address the challenge head on. We made a decision to disallow murals on non-owner occupied dwellings. After all the international attention this issue was given it was beyond belief that although the August 28, 2019 planning commission meeting was publicized more than any other meeting, no one in the press showed up. It would have been nice to have some reporting on the outcome, but alas what seems important is always the headline and not necessarily the backstory or results.

The letter to the editor is on target (“Blue Zone Bluewashing,” ER letters Dec. 26, 2019). The “blue washing” marketing of the Beach Cities Health District, aided by its own $1 million communications budget, won’t be enough to cover the harmful overdevelopment they are trying to push on to the South Bay. The massive, approx. 1,500 ft. long, continuous structure they are planning to build on their 11-acre property over 15 years will bring health and safety hazards, toxic airborne contaminants, traffic and congestion and yes, chronic stress, to the surrounding community.

Bob Pinzler’s column on the Hermosa Beach mayor fiasco is 100 percent right on (“On local government: Hermosa finds something to fight about,” ER Dec. 19, 2019). The rotating system every nine-and-one-half months was started in Manhattan Beach by Jack Cashin, my city council predecessor.  Before then, the council would elect the mayor and if two people wanted to be mayor the others to choose sides and that created divisions. The rotating system takes the politics out of it. In about 1985, it was Manhattan Beach Councilman Gil Archeletta’s turn to be mayor and he definitely did not get along with council members Bob Holmes, Jim Walker and me. He was soundly defeated when he ran for re-election.  Someone suggested that he be passed over as mayor but that idea was rejected, basically using the logic in “On local government.” It is a shame what they did in Hermosa Beach.

Beach Cities Health District is planning a massive, unnecessary construction project in Redondo Beach that will negatively impact the health of community residents. It is no news that construction projects generate high levels of pollution and this project will be no exception. One such pollutant, called fugitive dust, can remain in the air for days, even weeks. This dust is known to negatively impact the health of humans and animals, causing irritation to the eyes, nose, and the respiratory system. These small dust particles go deep into the lungs and even short term exposure has been shown to trigger asthma, worsen existing breathing difficulties, and trigger heart attacks. Children and older adults residing in the nearby communities are the most vulnerable to this pollutant. Due to the unique wind patterns of the South Bay such as the Catalina Eddy and the Santa Ana winds, the health of these residents both east and west of the project will be subjected to increased levels of air pollution especially the children attending nearby schools.  The air quality of the beach cities frequently measures in the unhealthy range for these groups even without the added burden of a massive construction activity. We must say “no” to unnecessary construction projects that will harm the health of our residents, especially our children and older adults. The BCHD board is putting residents’ health at risk with this development plan and in doing so they compromise the integrity of their mission to improve the health of our community.

Desalination costs about $2,500 an acre-foot to “create” fresh water (“Water District sued over desalination plant proposed for South Bay,”). It costs around $200 an acre-foot to conserve water. California farmers pay a low of $5 an acre-foot and an average of $70 an acre-foot to irrigate in the Central Valley desert. So whether you believe in: 1. conservation at $200 an acre-foot or 2. simply buying up farmland and transferring its water rights at $70 an acre-foot (plus the relatively modest cost of land between Bakersfield and Fresno), you cannot rationally support paying 10 to 35 times as much to build a desal plant. It’s all ego, no economics, no common sense. Because desal plants must run 24/7/365, they can’t use renewable energy. They need guaranteed delivery power, which is likely to be coal-fired imports from Utah or Arizona or natural gas plants. That increases global warming and makes the California fire season worse. We know better now than to exacerbate fire season.

And lest anyone forget, the water district will be raising your water rates by a factor of 10 for water that they make you purchase from them. Why do none of the South Bay agencies appear to care about the residents’ health or our wallets?

I very much enjoyed the informative piece on what it’s like to make news decisions for an honest-to-goodness newspaper as the digital age lays waste to journalism (“News needs a moral compass,” ER Dec. 26, 2019). And it  somehow resisted mentioning the mindless financial tyranny of Craigslist. I mean, when’s the last time Craigslist informed us of yet another atrocity perpetrated at a city council meeting?

A small nitpick correction. You use the term logarithm but I believe you are referring to algorithms (“Needs needs a moral compass,” ER Dec. 26, 2019). Logarithms are a mathematical function that is the “inverse function to exponentiation.” An algorithm is a set of instructions to solve a problem. I agree with the general premise: if your revenue model is based on page views, there is a business incentive to write stories that will draw higher page views. Where I disagree with you is your title. Your title insinuates that Google Analytics must change in order for local stories to be given the priority they deserve. First, Google Analytics is simply a tool that provides website owners with data about viewership. It is and should always be an objective, data driven tool, simply reporting numbers. It’s equivalent to asking, “how many people visited my store today?” If five people visited, you would expect your analytics software to report five. Anything else is incorrect.

How that data is utilized is a different story. The objective data provided by Google Analytics must be analyzed and a decision must be made. As stated in the article, that decision can either be made by a reporter, or by feeding that data as an input into an algorithm. But there will be a subjective element to it. That decision is no longer in the domain of Google Analytics. A reporter can look at this data and say, “well, only 100 people have read this article, but it is still important that we report on it.”

As stated in the article, many news aggregation and generation sites use an algorithm to determine what stories to write and are driven primarily by page views, because more page views means additional revenue. But the algorithm did not materialize. Instead, it was written by a (more than likely) computer scientist or software engineer. If they used machine learning / deep learning to generate a model, the computer may have generated this algorithm on its own, but there was still a human element that tweaked the model to a point where it was outputting what was intended.

On the reverse side, I assume there are many human actors who will push certain stories over others simply to drive readership/viewership. One need only peruse covers of magazines in the checkout lines at grocery stores to see examples.

Summing this up, it’s not that Google Analytics needs a moral compass. Instead, we need reporters, editors, and news businesses to realize that page views are not the only indicator of important news. These are the people who make the final decision based upon the data. If an algorithm is created to determine what to write, it is up to the creator to tweak the algorithm so it behaves as they intend.

Unfortunately, while page views are directly correlated to revenue, and revenue is the top objective of businesses, many of these algorithms and many of the human decisions will be motivated by driving up page views.

My question: what are new, innovative ways local news can drive revenue without relying on page views?

Trotting out the evidence

“He trots up on a horse wearing blue jeans, a checkered shirt, and a jaunty-angled cowboy hat.” — I’d like to see the horse wearing that outfit. Maybe it’s the sense of humor that keeps the old man alive (“The Wisdom of ancient kitchens,” ER Dec. 19, 2019). Some truths in the article — social networks (real, not FlakeBook ones) are important as is the minimal consumption of rubbish and highly processed foods. Limited caloric intake (eating slowly helps) and a life purpose are in the mix, too. The latter can be wasted on some imaginary being or deliver personal results if it’s yoga or another, higher raison d’etre (for example, scientific or cultural advancement).

There must also be some management of human numbers in these communities because living long must mean that too many children would put too much pressure on food resources. Just not enough room at the table for a continuously growing population. It was a fact then and is really significant now (58.6 tons of carbon dioxide produced annually from each surviving child). Too many mouths also means more biodiversity lost as forests and other habitats are cleared to make way for destructive agriculture and the beginning of the end for sustainable village life. And I bet that the real nutrition in all the Blue Zones is coming from foraged herbs, greens, wild fruits and such, which were the basis of Mediterranean diets in the past. Studies revealed over 300 wild foods were part of the culinary traditions of villagers around the Med. It is not just oily fish, olive oil, garlic and beans with tomatoes, added in more recent times.

Research into the wild foods of the World’s longest living culture, that of Indigenous Australians and going back some 65,000 years, gives us better insights into what we evolved eating. 80 and 90 year old Elders has encyclopedic memories of the survival rules of 3 or 4 generations and had the life experience of ancestors who lived through Ice Ages (from volcanic ash clouds or dust-raising asteroids), prolonged droughts, extensive wildfires, expansive floods and other environmental disasters. They were polyglots, speaking 4 or 5 languages and then picked up English, post-invasion.

I suspect, as happens in cases like this, Manhattan Beach will now have an active underground black market as cartoons of cigarettes purchased outside the city come in to fill this  Council-imposed vacuum (“Stores given a year to comply with tobacco ban,” ERDec. 19, 2019).