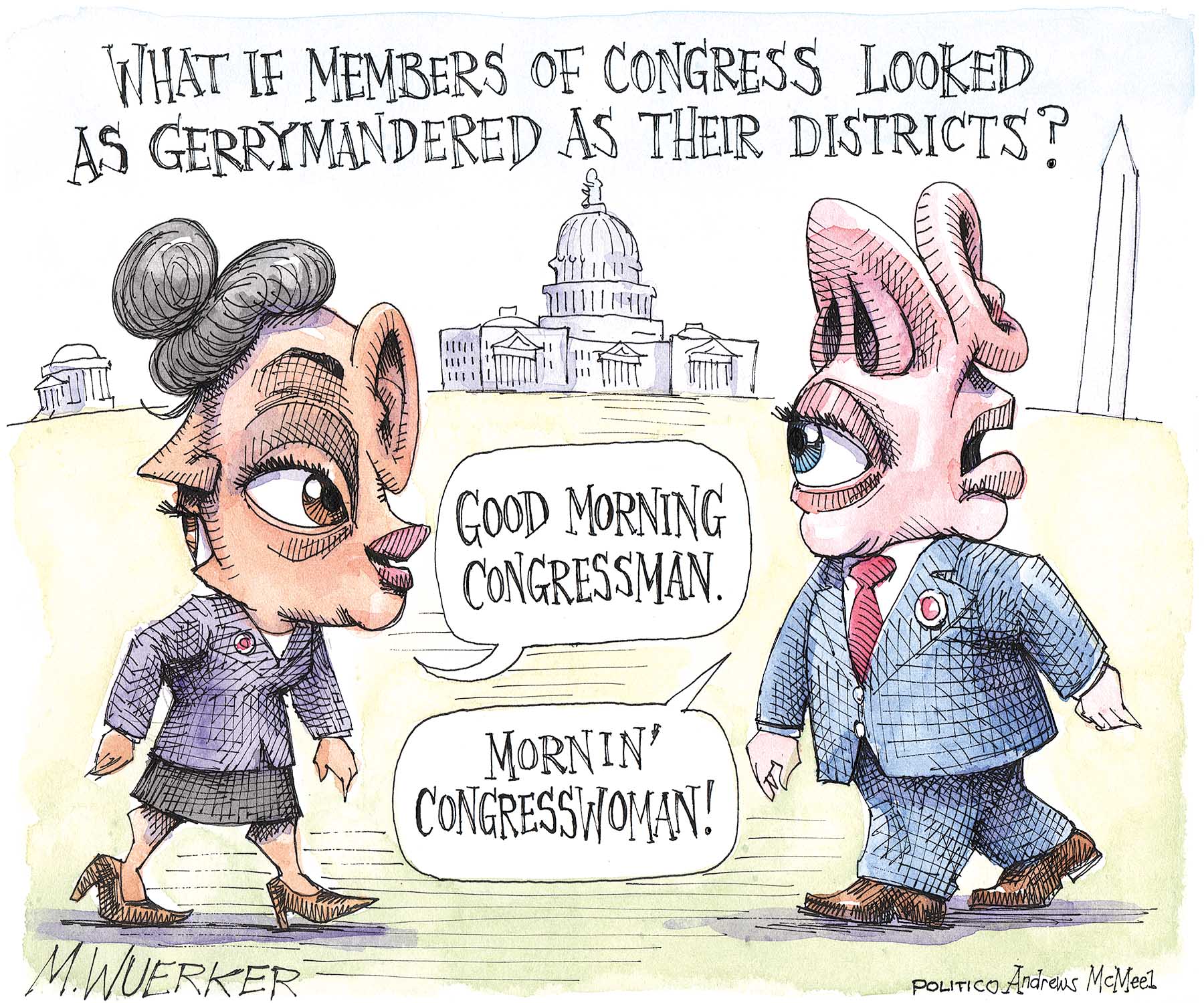 Having read the article in the online version of Easy Reader, it is clear to me you were misled by Redondo Beach Interim Finance Director Marni Ruhland [“Redondo Beach Councilman Gran served with recall notice,” ER Sept. 12, 2019]. Ruhland’s false characterization of the facts contained in the City-commissioned Los Angeles County Fire Protection District feasibility study does a disservice to Redondo Beach residents and businesses, and threatens your newspaper’s credibility with your dedicated readers.

Your article states that Ruhland said the City would indeed save money, but at the cost of reducing service and staffing levels at Redondo Beach fire stations. This is just plain false, and she should be ashamed of herself for placating a self-serving City Council majority. The Feasibility Study showed that the number of firefighters available for first-in response would increase from 20 to 69 under the County’s regional emergency services approach. And 17 County fire stations within a five-mile radius — including Redondo Beach’s three fire stations — would be available for first-in response for the first time. This is not a reduction in service or staffing levels.

And, according to the Feasibility Study, these greatly improved staffing and service levels could be provided to Redondo Beach residents and businesses for $15 million annually; not to mention the additional lives and property that would be saved by faster response times.

When I look at Beach Cities Health District’s website under “About us/Mission,” this is what I find: “To enhance community health through partnerships, programs and services for people who live and work in Hermosa, Manhattan and Redondo Beach.

Using our contributions for these purposes seems to make sense, helping people and reducing medical costs through health. Expanding or redirecting the organization by making one of its primary operations running senior housing? Not so much [“BCHD ‘tours’ planned project,” ER March 28, 2019].

Real estate development is not an appropriate use of community funds or the best way to support our community. I also do not think that is the best way to use real estate well-situated for access across the served municipalities.

BCHD is about wellness. That’s a big enough mission. If they lose that focus, the community loses a valuable resource that cannot be replicated. I think the management of BCHD should focus on the mission they currently have, and the best way to use the resources they are given to enhance local health, not create more passive residential assets.

The “H” in BCHD stands for Health, not Housing.

The ignorance of this scourge can be easily appreciated by simply viewing the Oscar movie “Spotlight.” The sexual abuse of children is so egregious, no excuse should be tolerated for elevation of that culture. We have a hometown literary giant, Leonard Wibberley, whose proliferation of books can be found in the Hermosa library, where his picture stands tribute to his legacy. Leonard Patrick O’Connor Wibberley, who also published under the name Patrick O’Connor, among others, was a prolific and versatile Irish author who spent most of his life in the United States. Wibberley is best known for five satirical novels about an imaginary country Grand Fenwick, particularly The Mouse That Roared (1955). His adult and juvenile publications cut across the categories of fictional novels, history, and biography.

Wibberley spent his final years in Hermosa Beach. He is by far a better more deserving nominee for a literary remembrance and honorarium.

Perhaps in the kerfuffle to remove Allen Ginsburg from the Insomniac mural, more research and due diligence should be done regarding the inclusion of Miles Davis [“Howl of protest: Facing public pressure, Hermosa Beach Mural Project to remove poet Allen Ginsberg from work honoring counterculture,” ER Sept. 26, 2019]. Being a fan, I recently finished his disturbingly frank autobiography “Miles & Me” written with Quincy Troupe. There are at least a few instances where Davis confesses to slugging women. In our Me Too world shouldn’t this also be considered a Miles Too moment? Miles’ insulting sexist behavior and profligate profanity, adulterous womanizing, drinking, flagrant cocaine and persistent heroin use aside, his physical abuse of women alone I would think warrant his immediate erasure from Tim Smith’s mural.

I know I may be sticking my neck out here a bit, given that I do not live in Redondo Beach, but is it reasonable that an elected official be recalled simply because he has a different opinion about fiscal responsibility? [“Gran served with intent to recall,” ER Sept. 19, 2019]. If that’s the new standard then every elected official who has an opinion would be subject to recall?

Recall is a process customarily used when a politician is suspected of criminal, reckless, or abominable behavior that is harming the community. We all have the right to hold our politicians guilty until proven innocent in this process, which has its rewards, I am sure.

I hope the goal here is not to fool the public, because it’s not working. Someone please be honest enough to tell the real story here. We need to become communities of collaboration even when there is a difference of opinion. The time, resources, money and loss of reasonable progress regarding this important safety issue will be lost if a recall is successful. In the end it will not be about the Fire Department. It will be about who won and who lost, and nothing else.

At the last district meeting for Redondo Beach Council member John Gran, an interesting thing happened. As expected, the recall effort against Gran was a significant part of the meeting [“Gran served with intent to recall,” ER Sept. 19, 2019].

Gran then discussed the firefighters’ union, saying something to the effect “If the firefighters want to go work for the county, let them, I won’t stop them.” Gran also said indignantly “We just had 200 people apply to RBFD.” These snarky Marie Antoinette-like comments demonstrate Gran discounts the serious understaffing, turnover, and excessive overtime in the Fire Department. Ignoring facts isn’t new for Gran. He recently used incomplete numbers to kill an independent review of our city fire services by LA County.

A few days later I struck up a conversation with a firefighter and asked about staffing and overtime. Just for the month of September they were on call 600 hours and off-duty for just five 24 hour periods. I learned from another firefighter that 200 people did recently apply to the department. In total 33 were invited to interview, many didn’t even show up, and only nine passed. The next step is background checks and physicals. Since most applicants also interviewed with other Fire Departments with higher pay we might get two or three new firefighters if they pass probation. That means the department is still short seven firefighters.

By Gran’s own admission he is a lousy politician, but his ignorance of facts is also putting our public safety at risk through understaffing and overtime.

Manhattan Beach historian Jan Dennis is opposed to outsourcing fire services to the county, because of the close relationship between the local fire department and the. (She wrote a book about the history of Manhattan Beach Fire Department.) Big government (Los Angeles County) stimulates plenty of images and emotions, and they’re generally negative with words like bureaucratic, inefficient and intrusive.

The Los Angeles County Fire Department starts off with high quality of service, but as time goes by, prices go up substantially and service goes down and the city will not maintain the quality of service it currently enjoys.

The following cities in the South Bay have decided to go with L.A. County because of their size and budget problems: Carson, Gardena, Hawthorne, Hermosa Beach, Inglewood, Lomita. All four cities on the Palos Verdes Peninsula have decided to turn the firefighting and emergency response services over to Los Angeles County to balance their budgets.