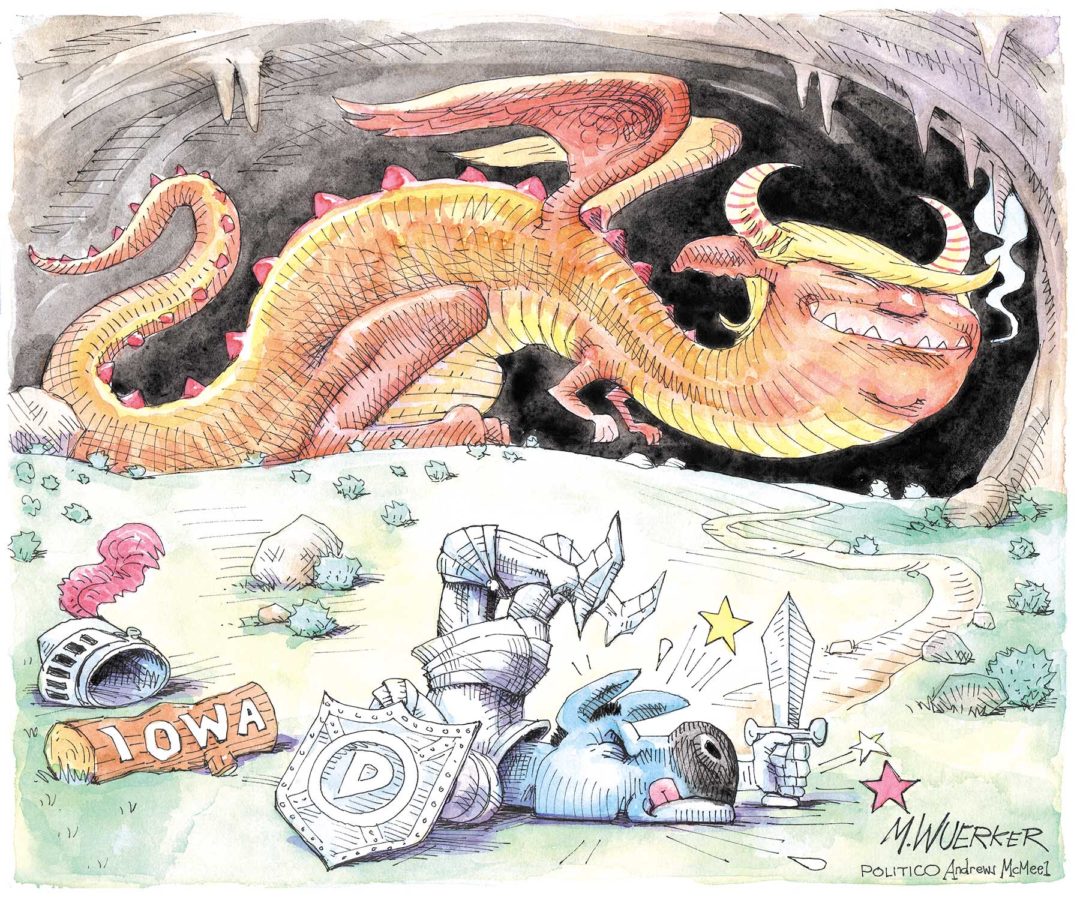 Bob Pinzler’s comments about the transitions of the Beach Cities Health District are remarkably misinformed (“On local government: Health District 3.0 a no go,” ER Jan. 30, 2020). I served as a BCHD board member from 1980 to 1984, and again from 1992 to 1995. The board leased the South Bay Hospital facilities to AMI (now Tenet) in 1984. The district remained a landlord and community benefactor. Pinzler asserts the hospital “ultimately failed” and that the board “papered over” the failure through the 30-year lease. Not true. The board leased its hospital facilities for rent totaling $100 million dollars. Over the past 35-years that money has been re-deployed into community health programs for residents of the three beach cities. I was quoted at the time as saying the hospital lease was like “squeezing gold out of a rock and keeping the rock.”

Letter writer Mark Nelson writes the hospital was “going under” when it leased the campus in 1984 to AMI (“Healthy spending,” ER Jan. 30, 2020). He adds, mysteriously, BCHD then “took off with the district’s assets.” None of that is true. The district assets, because of the good decisions made when I was a board member, have appreciated enormously and benefit our communities to this day. Because I am no longer active with BCHD, I express no opinion as to the Board’s present proposals. I do think the Board members from that earlier era — Jerry Witte, Virginia Fischer, Jean McMillan, and Mary Davis — deserve recognition and our thanks.

Bob Pinzler’s has many misleading and inaccurate statements (“On local government: Health District 3.0 a no go,” ER Jan. 30, 2020).

Facts: According to the California Department of Aging, by 2030, the 60-and-over population will be 40 percent larger than it is now in California. Seniors will be a larger share of the population than kids under the age of 18 by 2036, the state projects. The number of Californians 80 and older will grow by about 65 percent, or about 960,000, in the next 10 years, a growth rate more than 10 times faster than the projected rate for the rest of the state, according to the Department of Finance. There will be twice as many Californians 80 and older in 2033 as there are today and three times as many in 2043, the state projects. So don’t expect the “Silver Tsunami” to reduce to a gentle wave anytime soon.

Facts: BCHD’s mission statement has changed very little since 2002. In reality, it has been shortened to sharpen focus on community health through partnerships, programs and services for people who live and work in the three Beach Cities. The community needs have changed over the years and this organization has adjusted its mission to cater to these ever-changing needs. It is no longer a hospital but is focused on supporting programs that promote a healthy lifestyle for all the Beach Cities residents.

Facts: There is nothing wrong with opening up these facilities to outsiders as they will be contributing to the revenues generated by the senior housing on campus. Revenues from properties are the biggest contributors to the overall revenues for BCHD. Since it is a non-profit organization, it has to invest any profits into the Beach Cities. The excess revenues help BCHD provide funding for all other programs that benefit the Beach Cities residents.

In the year 2018-2019, BCHD has had about 1,800 requests for information or resources from the community. It provided these services with the help of 1,100 volunteers (and I am one of them) in the form of 1,400 free lessons, educational events and workshops, 3,359 visits to older adult residents and over 5,000 students. For every $1 received in property taxes, BCHD provided $3.70 in services back to the Beach Cities community.

It is also wrong to assume that BCHD is going to operate the assisted living facilities. The current facility, Silverado is managed by Sunrise Assisted Living which is contractually obligated to pay BCHD for it.

Facts: The plan for the Healthy Living Campus offers us the best of both worlds. It includes acres of asphalt replaced with active green/gathering space for community uses like fitness events, farmer’s markets and community workshops, and protected bike lanes along Flagler and Diamond streets. It also includes a community wellness pavilion, rooftop gathering spaces for exercise classes, mindfulness practice and small events, a Blue Zones Café, and a learning/visitor center for health resources and interactive education. If you need just a park, there are other opportunities for developing them at the places where the Galleria Mall and the power plant are slated to be demolished.

Facts: BCHD has received, for the 11th consecutive year, the Excellence Award which reflects the District’s commitment to meet the highest standards of governmental budgeting and reporting. In addition, BCHD’S Tom Bakaly was named CEO of the Year by the Association of California Healthcare Districts in October 2019. BCHD is not desperate nor is it looking for a reason to exist. As a volunteer dedicated to its mission for the past three years, I am proud to be associated with it and have seen first-hand what its employees and volunteers are doing to serve all the Beach Cities residents, from a 3-year-old child to a 90-year-old senior citizen with over 40 programs and services. In the end, we have a choice to make. We destroy this organization, or  pay more in taxes for all the services that we get from BCHD at little or no cost. Or we work together to make it as effective and useful as it can be. I know of no other nonprofit organization that returns $3.70 for every dollar it receives in property taxes.

The Beach Cities have a single source for help with nutrition, exercise, social-emotional health, substance abuse, cognitive health, aging in place, assisted living and a variety of other health-related issues. It behooves us to take a proactive approach to enhance its effectiveness.

Editor’s note: Jeste is a member of the BCHD Strategic Planning Committee

Last week’s column by former one term Manhattan Beach Councilman Mark Burton touting internal promotions and succession planning was great, except it absolutely did not represent what Burton and his then council allies did in practice. Burton was part of a group that brought in a high priced city manager from Northern California. This outside hire proved to be a very bad match and the individual was terminated. Burton and his allies also approved the creation of a high priced (base pay in excess of $200,000,  plus benefits, plus an under market rate, $2million home loan) assistant city manager position. Manhattan Beach had gotten along fine for its entire history without an assistant city manager. This unnecessary position was also filled from the outside. Burton and his allies also created another unneeded management position — Manager of Economic Vitality with a compensation package of approx. $200,000 (salary + benefits). This position was filled from the outside. Further, during Burton’s tenure the City went outside for a new fire chief. This does not sound like the record of someone who purports to favor internal promotions. And now Burton is considering  running for council again? Why?

The City of Hermosa Beach has been in negotiations with the union representing police officers, the Hermosa Beach Police Officers Association (HBPOA) since April 1, 2019. We appear to be near a final agreement with the HBPOA’s vote last week to accept the City’s proposal for a three-year Memorandum of Understanding (MOU) that provides the union with a 19 percent base pay raise over three years, the largest pay increase in at least 25 years for the union’s members.

On Tuesday, the City Council is scheduled to cast its vote on the MOU, which includes a 7 percent pay increase for HBPOA members  retroactive to July 1, 2019, another 6 percent pay increase beginning July 1, 2020 and another 6 percent increase beginning July 1, 2021. The MOU also adds officer retention bonuses of up to $7,500, and education incentives to pay for course fees, books and tuition at California State University rates.

Additionally, before we tentatively agreed, I initiated a separate sign-on bonus program that pays up to $30,000 to entry-level and pre-service recruits who join the HBPD and stay, and up to $40,000 to “laterals,” qualified officers from police or sheriff’s departments who join the HBPD and stay. To better support the recruitment process, I also added the City’s interim police chief, our Human Resources staff, and myself to the Hermosa Beach Police Department’s (HBPD) recruitment and retention efforts.

We expect these pay raises, bonuses, additional recruitment incentives and expanded recruitment efforts to grow our police force and give our current officers incentives to stay with the HBPD.

We look forward to resolving this labor contract and working collaboratively with the HBPOA moving forward to improve recruitment and retention of officers. It is important to note that, throughout these discussions, the City has never proposed another police agency, such as the Sheriff’s Department, and our Police Chiefs have confirmed that the Police Department has sufficient personnel to protect public safety. We appreciate the public’s input during this process and encourage residents to keep up with City news at HermosaBeach.gov.