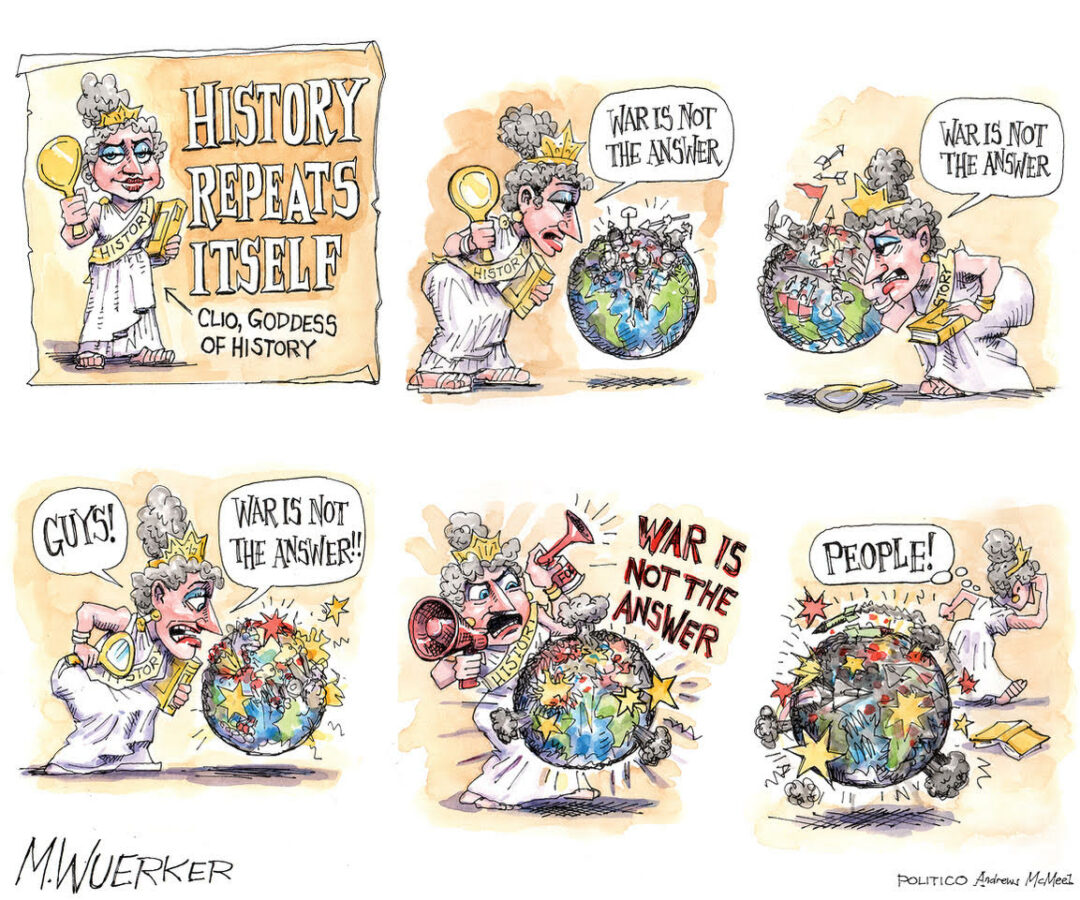 “This is not the plague. I don’t know anyone who has died of COVID.” Manhattan Beach Council Member Suzane Hadley (“Hadley’s Crusade, ER Feb. 24, 2022). So mask mandates are government overreach. But book burning isn’t because it’s to protect the public?

It would have best served readers if the writer had transcribed Council Member Suzanne Hadley’s entire speech before the Manhattan Beach School Board, verbatim (“Hadley crusade,” ER Feb. 24, 2022). Then readers could decide for themselves the nature of the content of the books in question and her concern about them. The parents of the unprecedented 691 students (a reduction of 11 percent) who are no longer attending MBUSD schools have cast the ultimate votes as to their assessment of the education in our schools.  Following are my public comments at the January 18th city council meeting, following Mayor Hildy Stern’s comments:

Council Member Hadley is a member of the public and has an equal right to address the School Board, or any other such organization. It’s her right as a resident of Manhattan Beach. Her perspective in the community is unique in that she is a librarian and she has raised four children in MBUSD schools. She is not advocating banning a book. That would be anathema to her profession. She is exercising her right to ask the School Board to perform their duty to represent all the families and students and protect them from potentially harmful, and profane material. Period. I believe what needs to be discussed is the construct “In loco parentis” which means “in the place of the parent.” By definition, parents, in effect, deputize schools to have the powers of discipline, “restraint and correction” as is necessary to educate their children.

The Alex Award list is created by the American Library Association. On the ALA website, I learned the ALA, for decades, has been shaped by its own Social Responsibilities Round Tables, which support, and promote a self-proclaimed progressive agenda. Many MBUSD families strongly feel that, not recommending or promoting books from the American Library Association, protects their children and their family values, which need to be respected and protected by the schools.

A truly fair and open society readily recognizes and promotes this.

What would Dostoevsky say?

Please exercise caution when calling someone  “hyperliterate” (Hadley’s crusade,” ER Feb. 24, 2022).  Suzanne Hadley describes herself as a nerd in her  2019 YouTube oddly entitled, “Off the Couch.” (Maybe  she should get back on the couch. Her method of dealing  with a bit of frank sexuality sounds like a Freudian reaction-formation to even this dime-store psychologist. Imagine reading every word of so-called  pornographic novels that you detest.)  The YouTube moderator asks our woman of letters how she’s doing. Right off the bat by answering with the  adjective, “good,” the candidate for Councilwoman makes  a grammatical mistake. When asked how she’s  doing, the well-schooled geek should know the correct  response is the adverb “well.”.

Hadley defines proper literature as “the true, the good, and the beautiful in the world.” After all she has dual bachelor degrees in Russian literature and economics. Yet, I defy any public school teacher to teach “the true.”  You may read a book that rings true to you, written by an  author who stayed true to herself. But if you happen to have Daoists and Hindus in your class, how do you decide  which text is true, the Tao Te Ching or the Bhagavad Gita? Consider the nerd’s “good” and “beautiful” requirements.  If you’re reading Dostoevsky’s Crime and Punishment or Notes from the Underground how exactly do you avoid  grime and rage? Our scholar’s studies have completely skipped the Ukrainian genius, Mikhail  Bulgakov. His novel The Master and Margarita is the source material for Mick and Keith’s, “Sympathy for the Devil.”  Hadley’s theory of literature makes her an expert  solely on fairy tales. But even that doesn’t wash.  Everyone knows Grimms’ fairy tales are full of nasty  behavior.

Sometime in the near future the residents of Hermosa will be asked to sign a petition allowing marijuana dispensaries in our town. Taxes from the sale of marijuana, sometimes affectionately known as “weed” or “ganja,” may prove a boon to our economy. The convenience of having to walk instead of driving a few miles to the five other dispensaries in nearby cities will also eliminate those pesky “greenhouse emissions.” There are other goodies offered by these dispensaries, like edibles containing oodles of THC, wax, hash, THC vapes that are almost odorless, and joints already rolled for your convenience. Weed to lift your spirits, weed to calm you down. You have an ailment; dispensaries have a solution. Just like the “snake oil” salesman of old, plying their trade from town to town, extracting a few dollars from those who can least afford it in exchange for promises that prove worthless. Except this time, it will be permanent. This time the market place is full of cash, the people can afford it. “If you build it, they will come.” Is this what we want? I know the arguments in favor of legalization. I’ll not take the time to regurgitate our history or the Libertarian view point. It’s already legal in California with the passing of Prop 64 in 2016. So, what is the down side, you ask? There are nine states that have legalized the sale of marijuana: Alaska; California; Colorado; Maine; Massachusetts; Nevada; Oregon; Nevada; and Vermont. We should take a closer look at these experiments to see how well they’re doing. California, the most obvious. Prop 64 was sold to the voters primarily for the sales revenue it would bring in and the wonderful programs that could benefit. I’ve just finished reading Alex Berenson’s book “Tell Your Children the Truth about Marijuana, Mental Illness and Violence,” a must read for every parent, even for those who are advocates for marijuana. As a society we have a responsibility to set examples for our children, especially, and each other on how to exist on this planet and still maintain the many personal freedoms God has granted. As a user of “weed” in the late ‘60s I have first-hand experience. There was the silliness it brought on, everything seemed funny. Time and space were distorted, hours seemed like minutes. It also made you lazy and you couldn’t stay focused. The THC in marijuana is much higher today and I assume the effects are greater. It definitely doesn’t make you smarter. It won’t help you study for that critical exam! So, what is the up-side? None! One of the selling points is that legalization will cut out “black market” sales. Who came up with that? Illegal marijuana farms in Oregon have been tied to Chinese organized crime. And for all those environmentally concerned people, growing one pound of weed uses about 450 gallons of water. and lots of electricity, often stolen from others. Colorado is experiencing more health issues related to marijuana, including motor vehicle deaths, mental health, black markets that continue to thrive, and of course this is an added burden on the police and fire. Perhaps of more concern are the links between psychosis and schizophrenia. It may not be the direct cause of schizophrenia; however, marijuana has been implicated. There is growing evidence that marijuana has contributed to the rise in depression and suicide in the United States as well as violence. As weed becomes more potent and available, more societal problems will follow. Let’s Stop It Now!

Stay in your district

I don’t know why termed-out District 5 Redondo Beach Council Member Laura Emdee f cares about what happens in District 4, or the latest recall paid for by the cannabis people. We should instead be asking what Emdee has over done the past six years for her district. If you can’t think of anything positive you are not alone. Besides lobbying for a mall in the harbor and recently for condos at the AES plant, the biggest achievement (with fellow termed out District 3 Council Member Christian Horvath) is tying up the city in multiple lawsuits. The financial cost of their actions to Redondo Beach from an early lease buyout to build the rejected mall ($15 Million dollars) combined with legal expenses by some estimates, is now close to $20 Million Dollars.

Sorry councilmembers Emdee and Horvath.  It’s time to let the “resident centric” city council move us forward without obedience to outside special interests.

The pandemic is nearly over. Masks are no longer required. Outdoor dining in the public right away is no longer needed. Restore the parking and restore the pre-pandemic traffic routes in Hermosa. The council should no longer focus only on the bars and restaurants. Residents and other businesses have rights too.

So old timer Robert “Burgie” Benz is outraged by the “non-vaccinated” (ER Letters, Feb. 24, 2022). Yet he returns to Hermosa Beach from his Las Vegas home to lead the public vomiting on  our beach each July 4th during the Hermosa Beach Ironman. Council members please listen: Let’s stop that sophomoric part of our Ironman this year.

Easy Reader erroneously reported that a search for a new Redondo Beach fire chief is underway “Police (Chief to Come from Within,” ER Feb. 17, 2022). The search has not yet begun. Also, no school board members will be on the interview panels for the new police chief. The school district will be represented by Superintendent Steven Keller.