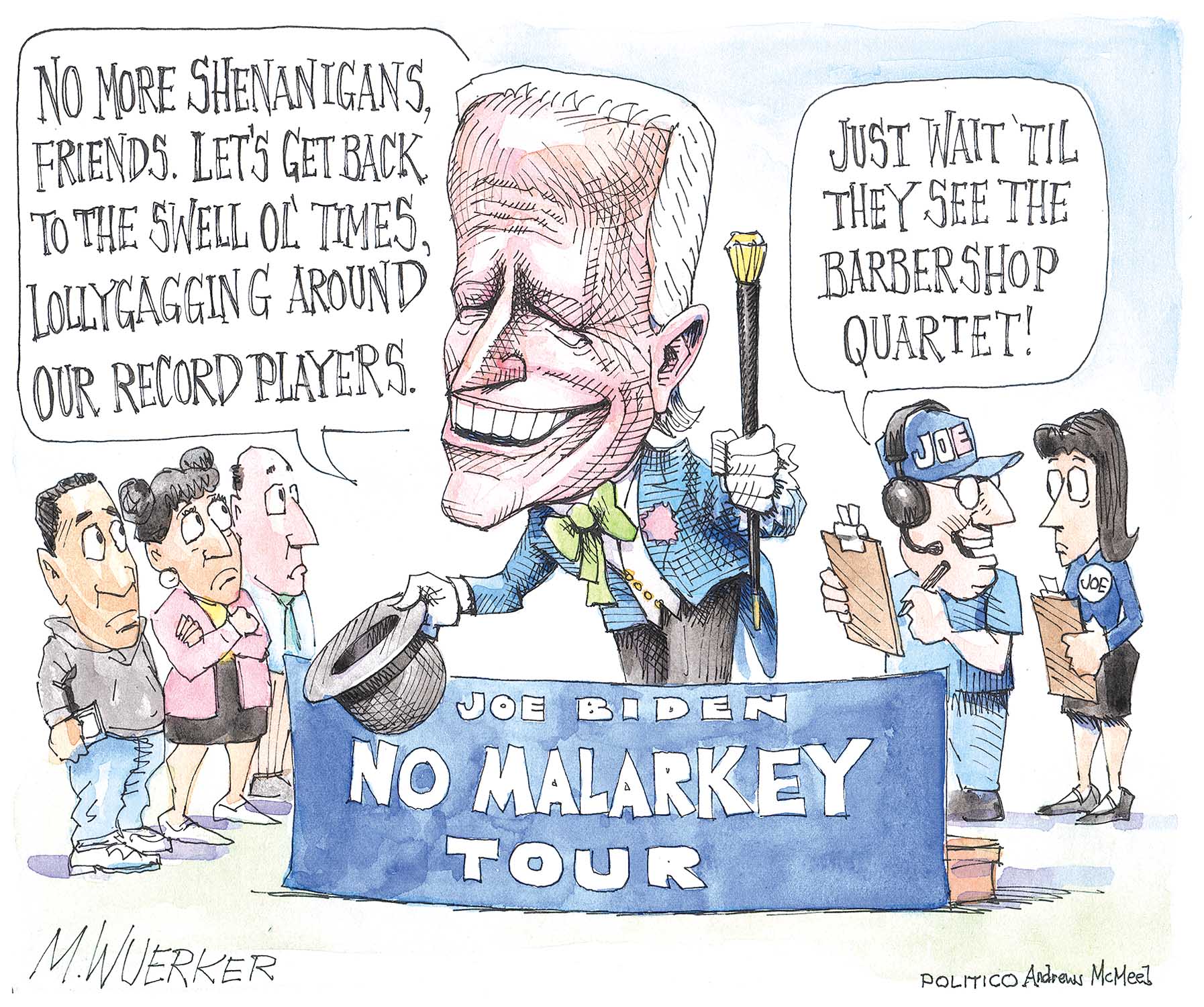 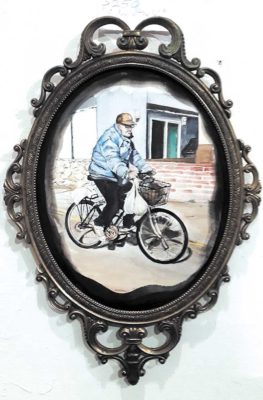 “Heeeey chicken! You wanna go in the water!?”

Last week, in my Thanksgiving call to my folks back in Hermosa, news of Jon’s passing was within the first few things we exchanged [“Hermosa Beach’s ‘Turkey Jon’ Burt remembered as beach icon,” ER Nov. 28, 2019]. I remember studying his interactions on The Strand as a ‘70s-’80s beach kid hopping on my boogie board every few steps in the burning sand. He spoke his mind at high volume and said outrageous and not so outrageous things to anyone who got his attention. As beach rats mixing chocolate and strawberry Now-and-Laters, making water-weenies with pen caps and surgical tubing bought by-the-foot at Dive N Surf and scrounging quarters to play Pac-Man at the Green Store, John was every kid’s direct litmus test to the kind of value system their parents were going to nurture in them.

It turns out that as kids (and adults) we were studying the way everyone was interacting with John. He was different, as most people do not have the bravery and audacity hardwired into them to speak their minds. What a wonderful gift he gave us all as a unique character in the public sphere that touched so many lives, and still does as he lives on in our hearts. I feel like this article is a stub. Maybe it is time to do a feature of all the Hermosa (and South Bay) fixtures. Is this the end of an era?

Hey I remember this dude back in high school days. He would always come up and ask girls I was with to swim. The girls would always get freaked out, but he seemed harmless [“Hermosa Beach’s ‘Turkey Jon’ Burt remembered as beach icon,” ER Nov. 28, 2019]. Jon, Flip Jack, the Lady in White are all part of my good memories of the characters around Redondo and Hermosa growing up.

I remember him as Chicken Jon from the mid-‘90s. He later started calling everyone Turkey and I guess his name changed  [“Hermosa Beach’s ‘Turkey Jon’ Burt remembered as beach icon,” ER Nov. 28, 2019]. So sorry to hear of his passing.

Sheila W. Lamb [“You call that Living?” ER Letters, Nov. 28, 2019] is highly critical of the plan proposed by the Board of Directors of the Beach Cities Community District. It is incorrect and misleading on so many points. The Healthy Living Campus project is not about making money. Its origin goes back to the need to comply with the state’s seismic ordinance law. The existing structure is over 60 years old. After a review of the seismic state of the building by consultants, in addition to the escalating maintenance costs, it was clear that BCHD would have no choice but to retrofit existing buildings or build a new campus. I think the proposed plan is the most effective solution in the long run because it allows BCHD to enhance its services in the most cost-effective way.

Secondly, the plan is much more than a senior residential community, although it is essential for generating revenues badly needed to balance the budget and pay for the services for the fast rising adult population. According to the U. S. Census Bureau, a “Senior Tsunami” is imminent. The older adult population (65 and over) of the three Beach Cities has reached 15,000 and is projected to double within the next decade. Ninety-four percent of these seniors want to live in the Beach Cities, close to their families and friends. BCHD will have to develop new programs to cater to this growing population (I am one of them) and help them “age in place”. Those opting to move to the senior housing proposed by BCHD will no doubt be the first ones to ask for help in maintaining their health and well-being.

It is misleading to assume that the land zoned for parks and recreation will be used instead to build a “for-profit” senior residential facility. If there is a profit to be made by letting a third party such as Sunrise Assisted Living operate it, the profits will be reinvested back in the community anyway.

It is also wrong to assume that administrative costs for most nonprofits are only 20 percent of the total budgets. I worked for a nonprofit a few years back where this topic was discussed frequently. A few years ago, Stanford University did a study to determine the relationship between administrative costs and the quality of services provided by the organization and found that an obsessive focus on keeping the costs down seriously impacted the level and quality of services. The recommended overhead ratios are in the 35-40 percent range. I think BCHD has done a great job of keeping the administrative costs down by utilizing more than 1,000 volunteers (I am one of them) instead of hiring paid workers.

As for the inconveniences due to the construction of the new campus, they are real indeed. But we are currently encountering them almost every month all over the South Bay. Not a week goes by when we don’t see an old single-family residence being torn down and replaced by two- or three-on-a-lot buildings, which will add to congestion, traffic, parking, noise and pollution problems. This is the price we have to pay for living in the beach community, I am told.

For seniors like us, we will have to depend more and more on finding places to socialize, exercise and learn ways to keep ourselves mentally and physically fit. I am glad that the BCHD campus will be the place that we can depend on for aging gracefully in place.

[Editor’s note: Jeste is a member of the BCHD Strategic Planning Committee]

I’m not a fan nor special pleader for Hermosa Beach councilman Hany Fangary. I have never voted for him and wouldn’t, and whether the mayor pro tem issue is, or is not, a violation of the Brown Act is not my concern [“Mayor pro tunc? Fangary skipped in Hermosa Beach dais rotation,” ER online Nov. 23, 2019]. Being astute or clever enough to skirt the “spirit of the law” and yet maintain plausible deniability is inherently wrong on many levels. My concern is the way this was handled. It certainly wasn’t “collegial” to be “blindsided” and suffer public humiliation, as Fangary was. Obviously, some coordinated effort took place among the council members, City Manager Suja Lowenthal, and perhaps others? Perfidy has no place in our city government.

I find it equally disturbing that our newest council member, Mike Detoy, chose to even participate in this vote. Yes, he has the right to vote, however, prudence would seem to dictate that the best course of action for him to take would be to abstain, since firsthand facts couldn’t be known by him, without some coordination with others. It is of the utmost importance that our council members are independent thinkers, without the undue influence of others. Instead, Detoy proved my fear that he is not independent. An unfortunate way to begin one’s tenure as a respected council member.

Thank you Alex Gray for the love and compassion you are showing to our youth. Your courage in overcoming your family tragedy and being a voice against the powers that work against us is inspiring [“‘You have a choice to make’: Alex Gray talks to local teens about vaping, social media, and the power of choice” ER Nov. 28, 2019]. God bless you.

John Kelly advocated for the draconian caging of migrant children on the southern border and now sits on the board of Caliburn International, the company that operates the largest facility for these confiscated kids along the southern border [“General John Kelly’s stories from Trump’s Oval Office elicit laughter, sighs,” ER online Nov. 29, 2019].

Profiting from cruelty, a Trump-branded policy, is hardly the stuff the Redondo Beach Performing Arts Center’s “Distinguished Speaker Series” should be made of. He should have been arrested instead.