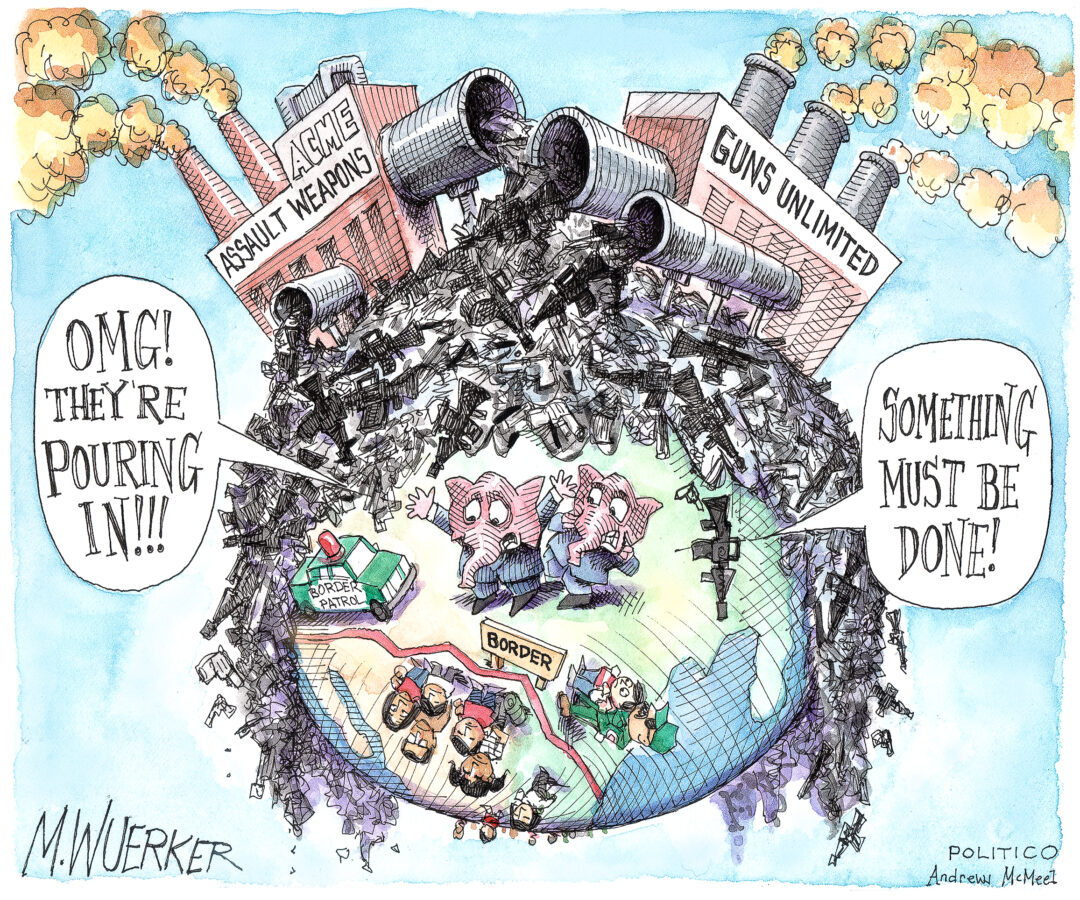 Hermosa is a parking nightmare (“Parking losing priority, drinking culture integral, consultant says,” ER Mar. 7, 2021. Our patronage has dropped substantially and we opt for business districts with more convenient parking. It will be interesting to see what the Coastal Commission will do. Public parking near the beach is a coastal access issue and the Coastal Act is written to protect coastal access.

One of the few open spaces in Hermosa Beach is the Greenbelt “Residents fear Greenbelt path for wheelchairs will draw bikes,’ ER Mar. 11, 2021). We enjoy its rustic look, which allows everyone,  — children, adults, and dogs — to walk freely while enjoying nature. I believe we can use the $10k, or eventually $40K on other projects needed in our beautiful city. We would appreciate it if the Greenbelt remains the way it is right now.

Words to express regret about Bruce’s Beach need to be precise because they can be used for political pressure or  legal actions against the city of Manhattan Beach (Racial Reckoning: Manhattan Beach City Council stops short of issuing a Bruce’s Beach apology,” ER Marcy 18, 2021). Acknowledgement and apology have two different legal implications. An apology, would be construed as a public admission of guilt. An apology is a means to an end and that end is money. The City must not issue an apology, but opt instead for a Resolution of Acknowledgement. The acknowledgement should keep historical facts to a minimum and must not reference acts that are still in dispute or are uncorroborated. The resolution must make clear that it is intended as an expression of sympathy and not an admission of guilt. The acknowledgement can be supplemented by noting that we are today a welcoming and tolerant city opposed to any and all acts of racism and bigotry. Please write to the city council  email:  citycouncil@citymb.info, supporting a Resolution of Acknowledgement and opposing an Apology

The other side of Manhattan Beach

On Monday another article about Bruce’s Beach was on the front page of the LA Times. It was written in a very biased way, describing Manhattan Beach in very unflattering terms, implying that we are still a racist town and haven’t changed much in the last hundred years. This is false. I was on the Manhattan Beach City Council from 1978-1986. During that period a neighboring city installed a one hour parking restriction on residential streets near the beach from May to September. They told us the reason was to limit “outsiders” from coming to the beach. They wanted us to do the same, which we soundly rejected, stating that the streets and the beaches were public and everyone was welcome. Also back then, if you went to Pollywog Park on a weekend, you would see many families of all races picnicking and enjoying themselves. They were welcome and were never hassled. The article also mentioned the incident with the Black surfers that happened a few weeks ago, but failed to mention that the person who called him the n-word was not a Manhattan Beach resident, and also failed to mention the subsequent paddle out of hundreds of surfers protesting against racism and saying we will not put up with that in our city. Must have been an oversight. A couple of weeks ago I wrote a letter saying that the vast majority of Manhattan Beach residents believe, as Martin Luther King Jr. prayed for, that people should be judged by their character, not the color of their skin. For that statement I was called a racist. We live in strange times.

Pickle of a park

If you buy a house near a park you will have park noise (“Pickleball noise puts city in a pickle,” ER March 4, 2021). What’s next, kids can’t talk, laugh or yell while playing baseball? Does the farmers market get cancelled? Come on Hermosa, open the pickleball courts and stop spending time and taxpayer money on this issue

The South Bay Parkland Conservancy is a community organization that has done and continues to do amazing work (“Redondo Beach Community Garden the tip of political iceberg, Er Mar.25, 2021). They replace invasive plants with California nativeplants along portions of the coastline and in Wilderness Park. Their many volunteers’ work has nothing short of spectacular. There is no doubt that they are exceptionally aligned to assist and be a part of badly needed community gardens in The City of Redondo Beach. All of this noise is just typical posturing by the same group of folks who have brought this city so much pain in the last four years. The recent election outcomes, including the change of representation for Council District 4, will ensure that Redondo Beach will be a better run and more inviting city in the years to come. SBPC is a superb organization, and will be a part of this important effort. I look forward to Community Gardens in North and South Redondo Beach soon, and will continue to strongly support this fine organization.

A park is not a soapbox

How is planting a much needed Community Garden “political,” or for that matter, the South Bay Parkland Conservancy anything but an organization that helping to refresh native plants and advocate for more open space in the Southbay (“Redondo Beach Community Garden the tip of political iceberg, Er Mar.25, 2021)? Please learn about this local and vital organization and their amazing work. I have been associated with this non-profit for many years and hope others will act locally and support this wonderful group. Visit SouthBayParks.org.

This reminds me a bit of the 1960s music posters that sort of became music poster art (“Ghetti’s graffiti black book,” ER Mar. 25, 2021. Come to think of it, maybe 20 years ago Toulouse-Lautrec would have joined the spray paint gang. Although maybe not, since I doubt he could run very fast.

According to Beach City Health District’s own EIR notice of preparation in 2019, it was planning a development that was 60-feet tall, and had 729,000 sq. ft. of surface buildings and a 160,000 sq. ft. underground garage. After receiving a petition with over 1,200 residents protesting the size of the project, BCHD released a revised plan in 2020, allowing only three business days for public comment. “We think it’s more consistent with what we were hearing,” CEO Bakaly said. “We are a public agency, so we do want to be listening.” So what exactly did BCHD hear? The 2020 plan is now 103-feet tall, not just 60-feet. And BCHD moved the 160,000 sq.ft. of underground parking into an 8 to 10 story parking ramp, increasing the amount of surface buildings up to 793,000 sq.ft.  So BCHD made the development taller and bigger, after they supposedly heard the community’s desire for lower and smaller, to fit into the surrounding 30-foot or lower residential communities.

Private use of public land

BCHD is proposing to build an ultra modern, high rise housing development that will be located on Redondo Beach land zoned for Public Community Facility. Typically, sites that are zoned P-CF are used by local governments to build facilities for fire departments, police departments, hospitals, schools, parks/recreation and utility services. These services are made available to all residents with the intention that all may benefit. In contrast to this, the BCHD’s proposed development will be a for-profit, upscale residence for seniors 65 and older who can afford its $12,000 per month rent. In addition, the facility will be 80 percent owned and operated by a private entity. This is an improper use of our public land and if allowed, will open the door for other P-CF zoned parcels to be monetized and privatized. No other South Bay city, including Hermosa and Manhattan, allows private residential facilities on their P-CF zoned parcels.  Redondo Beach residents must reject BCHD’s plan to privatize our public land and we must insure that any use of our public land has a clear benefit for all members of the community.

His music was everywhere

Bob Peterson surrounded my life since I moved to Manhattan Beach in 1986 from Chicago (Hermosa’s oldest Rotarian lays down his own at age 99,” ER March 25, 2021). He was a fellow Rotarian, and played in the Manhattan Beach Community Church Theater productions. My grandson and I met for Pack 860 Cub Scouts in the Hermosa Beach Rotary Club. Bob will be missed for the kindness he showed and the compassion he demonstrated. A life well-lived.

I too remember sitting in “the pit” (as we musician’s lovingly called our area), and Bob’s super positive vibes  (Hermosa’s oldes Rotarian lays down his own at ate 99,” ER March 25, 2021). I was the guitarist in the 2014 Manhattan Beach Community Church production of “How To Succeed,” and I didn’t always have the best rapport with the old guard, wind-players, as I could rev my volume up maybe a pinch too high. But Bob always smiled and encouraged me to ‘let-er’ rip.

Bob Peterson performed for many years with the Manhattan Beach Community Church orchestra  (Hermosa’s oldest Rotarian lays down his own at age 99,” ER March 25, 2021). I am not sure of his last show with us, but in the “How to Succeed” show in 2014, he is credited with over 45 years in our theater program. I remember his pleasant smile and how much he enjoyed his French horn. He was one of Charlie Stowe’s great gang of musicians.