Long on activism, short on art 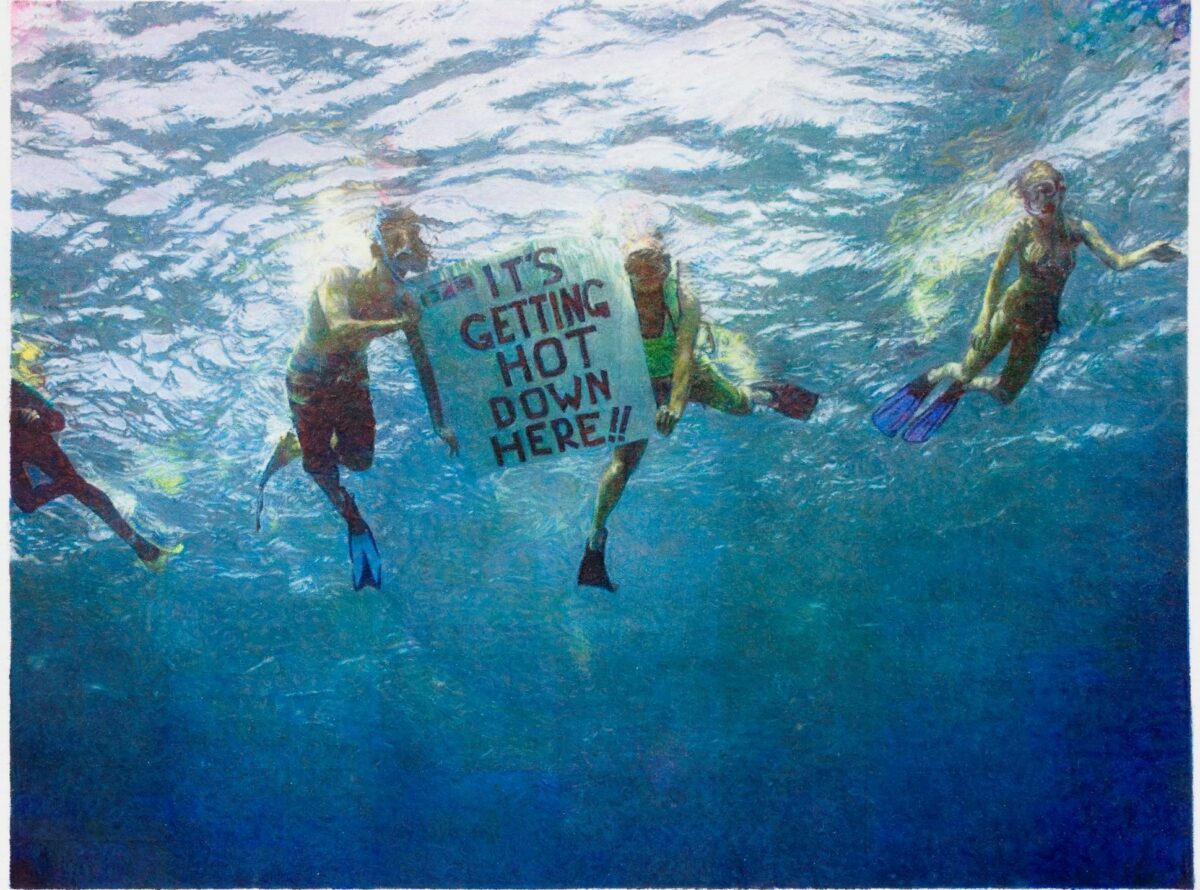 Loud voices for the voiceless

Works by artist-activist Andrea Bowers at the Hammer Museum

The causes she actively and tirelessly promotes are commendable — the rights of the undocumented, the marginalized, the bullied and abused, women’s autonomy over their own bodies, the preservation and dignity of nature, etc — but Andrea Bowers, the person and the show of the same name through Sept. 4 at the Hammer Museum in Westwood, is often tedious and dry.

There’s a lot of “stuff” on view here and in the accompanying catalog for the show, like tables with flyers and brochures for workers’ rights, or various collages of photos with protesters holding up an array of signs and placards: “People before Profits,” “Don’t talk 2 cops,” “Wage slavery. Earn less live worse,” “I am a Queer Worker,” “No human being is illegal,” among others.

It’s not hard to find injustice and social causes to get behind, and one can only admire a person who selflessly donates time and energy to turn wrong into right. However, and it may seem heartless to say this, it can become tiresome when one is bombarded with various paraphernalia, such as slogans on ribbons (“No Fracking Way,” “Trans is Beautiful,” “Women Don’t Owe You Shit”) or handwritten copies of handwritten letters from people seeking information on abortion-related options. How does this qualify as art? I feel it’s closer to sociological documents and, if so, better suited for display in a public library or in the lobby at City Hall.

“For Bowers,” notes an L.A. Times piece published in July, “activism and art are inseparable.” She herself noted back in 2013: “I believe that art is activism.” But is activism art? And would you assume it’s art because it comes from someone who’s also and perhaps primarily an ecofeminist and/or environmental activist? Of course not, and the danger of being an avid proponent for social justice is that of seeming self-righteous, pedantic, and deaf to moderation. 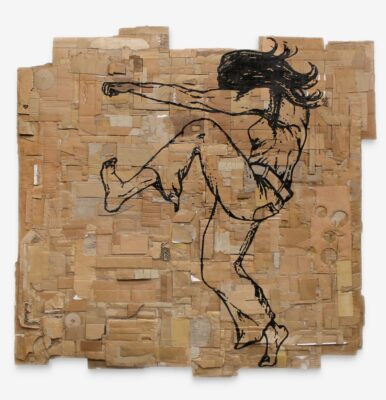 Bowers isn’t helped by the writers who’ve contributed essays to the catalog, the majority of whom come across as bullhorn feminists. This is not something one is proud to point out. A lot of anger seethes through the floorboards. Julia Bryan-Wilson informs us that in the 1970s and 1980s certain women artists “rejected the presumed primacy of oil on canvas” as masculine- or male-oriented (a medium Bowers doesn’t seem to employ). Therefore, “Drawing in particular emerged as a defiantly oppositional methodology that was deployed by feminists, women of color, and queer women as they sought to intervene in conventional sign systems and oppressive histories of art.” Bryan-Wilson throws in some distinctly odd word usage as well, as when she speaks of artists who have “used drawing to comment on and reframe majoritarian narratives from minoritarian perspectives.”

Regarding museums in the wake of woke, another contributor, Lucía Sanromán, writes: “It is also now clear that none can remain the bastion, consciously or not, of a misogynistic, white, and largely European cultural and financial hegemony. The current crisis has put equity and inclusion at the forefront… (I)t may well be that the hacking of art institutions by artists like Andrea is a precursor for implementing better institutional policies and practices to new ends, as well as for making such efforts more transparent to outside scrutiny and therefore more accountable to a diverse, empowered, and heteronomous citizenry.”

While the goal of gender equality is noble and even long overdue, these sound like disgruntled women with their soapbox agenda which has little to do with art and museums. Although Bowers is very good at drawing, she’s not very imaginative with it. She has taken photographs of women marching, protesting, etc, and then isolated certain individuals, one per sheet, drawing them in hyperrealistic fashion. But so what? She could have taken her photos, recent photos with however many women are in them, and then collaged or interspersed images of women protesting from 50, 70, or 100 years ago to show that the struggle for women’s rights is ongoing and that all of your sisters, your mothers and daughters, your grandmothers are right there with you.

While there are pieces in the exhibition that merit our attention because they stand out, such as Bowers’ “Trans Liberation” series of 2016 that show us women with weapons (where subtle is best), and also her appropriated prints from Walter Crane and others reproduced and enlarged on slats of cardboard (the one referencing Kamala Harris is a gem), the show is lacking in one key area, and I’ll explain what this is in a moment. 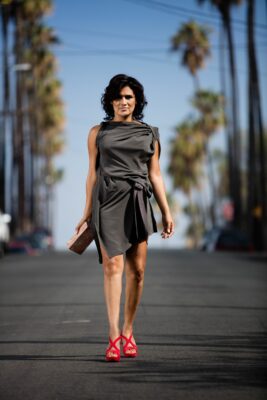 It may seem admirable to celebrate the undocumented worker, the person who risked life and limb to cross the border, but one needs to realize that this is not unlike celebrating the person who jumps over the turnstile instead of waiting in line to go through it. And while it’s honorable to push for living wages, it needs to be pointed out that having to pay employees more can also backfire, putting a company or a restaurant out of business (by being less able to meet overhead expenses). Forced to raise prices in order to stay even, their clientele may opt to buy or dine elsewhere. I’m for fair wages, don’t misjudge me, but consequences abound.

Also, too, there’s a photograph of a banner at Standing Rock, South Dakota, which says Water is Life, Oil Spills Oil Kills, and in the background nestled among the teepees is an immense number of cars and RVs. Yes, water is life, absolutely, but motor vehicles don’t run on water and I doubt if all those cars and RVs are electrically charged.

Too many aspects of life are entangled and despite the efforts of all the Andrea Bowers in the world it only gets worse. At a time when every country on the planet should be doubling down on environmental conservation we have a war in Europe and conflicts simmering in Asia and the Middle East. Where is it all headed? If you haven’t read Cormac McCarthy’s “The Road” pick it up for a sobering reality check.

Now, as for what the show is lacking. Largely, it’s bloodless. When social activism utilizes or appropriates “art” to further its means then in a way activism is despoiling and slandering art. Joan Armatrading has a song titled “Show Some Emotion” and that’s really what’s missing here. The sublime, the sensuous, the witty, the fun, and non-politicized beauty have no place in this show. Where’s the awe and the wonder? The enticement? Where’s the magic, the fantasy, let alone the display of unparalleled talent and imagination, to inspire us?

No, you can’t throw the harness of activism around various media — film, drawing, neon signs, installation, posters, etc — and think you’ve created art (contemporary artifacts, okay). There’s plenty of documentation here as well as determination and grit, visual sociology if you will, but the exhibition doesn’t have the creative passion to elevate the spirit.