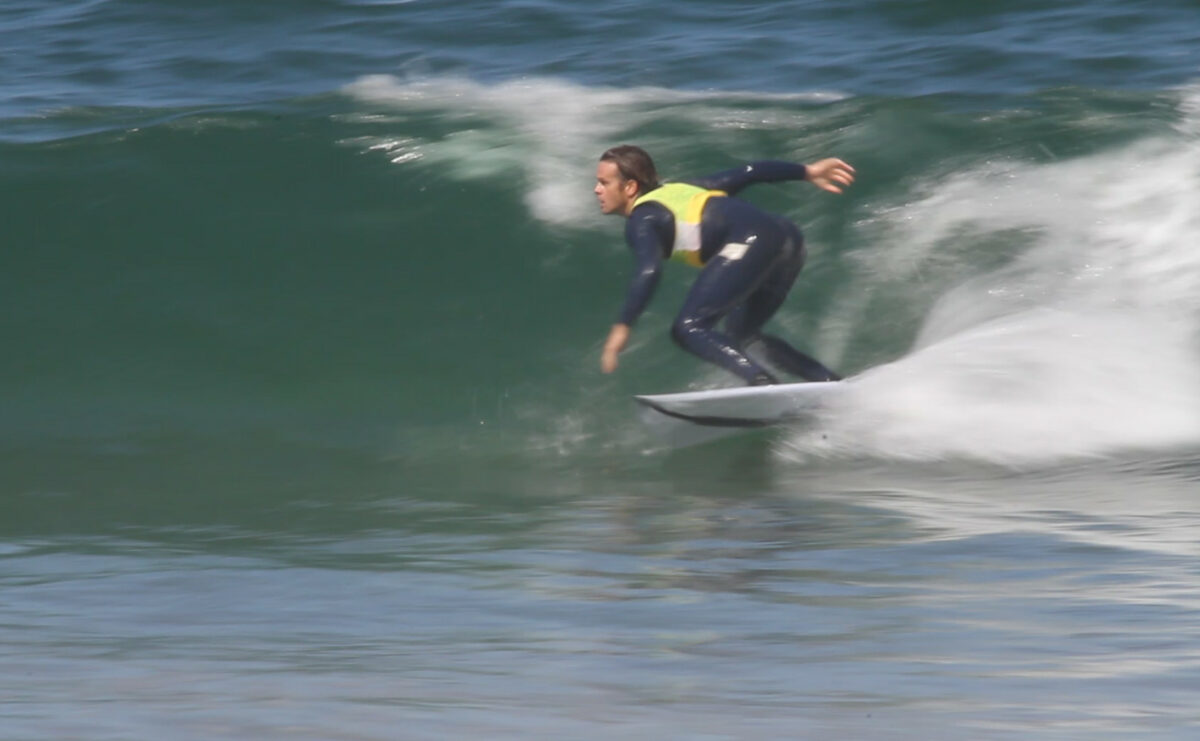 The International Surf Festival Contest got underway last Saturday in a fun, three-foot windswell on the South side of the Hermosa Beach Pier. The sun was out but a fog bank lingered on the outside.

The shortboard division was tough. With only 29 seconds left in the final World Surfing League big wave rider Nic Lamb, ducked into a tube coming off the Pier, flew five-feet into the air and landed a perfect air reverse, the only one of the contest. I scored him a 9.5 out of a possible 10 for that wave.

Dueling longboarders Dan Cobley, and Dave Schafer executed snappy turns, long nose rides, and 360s. Cobley flew down the left’s into the pier, and Schaefer shot out the right tubes coming off the pier.  Both performed 360s. Cobley whipped his tail around like he was on a shortboard. Schafer would slide the fin out while standing on the nose, and scoot back to the tail before bringing the board around. Dark horse Neal Long was in the middle, getting long nose rides and looking like Lance Carson.

In the grom division, Matt Delheart did a big spinner on the end of his first wave. Kiren Noll dropped into some big ones on the outside and Kai Grant did some nice turns and cutbacks all the way to the beach.