May 2022 Peninsula Around and About 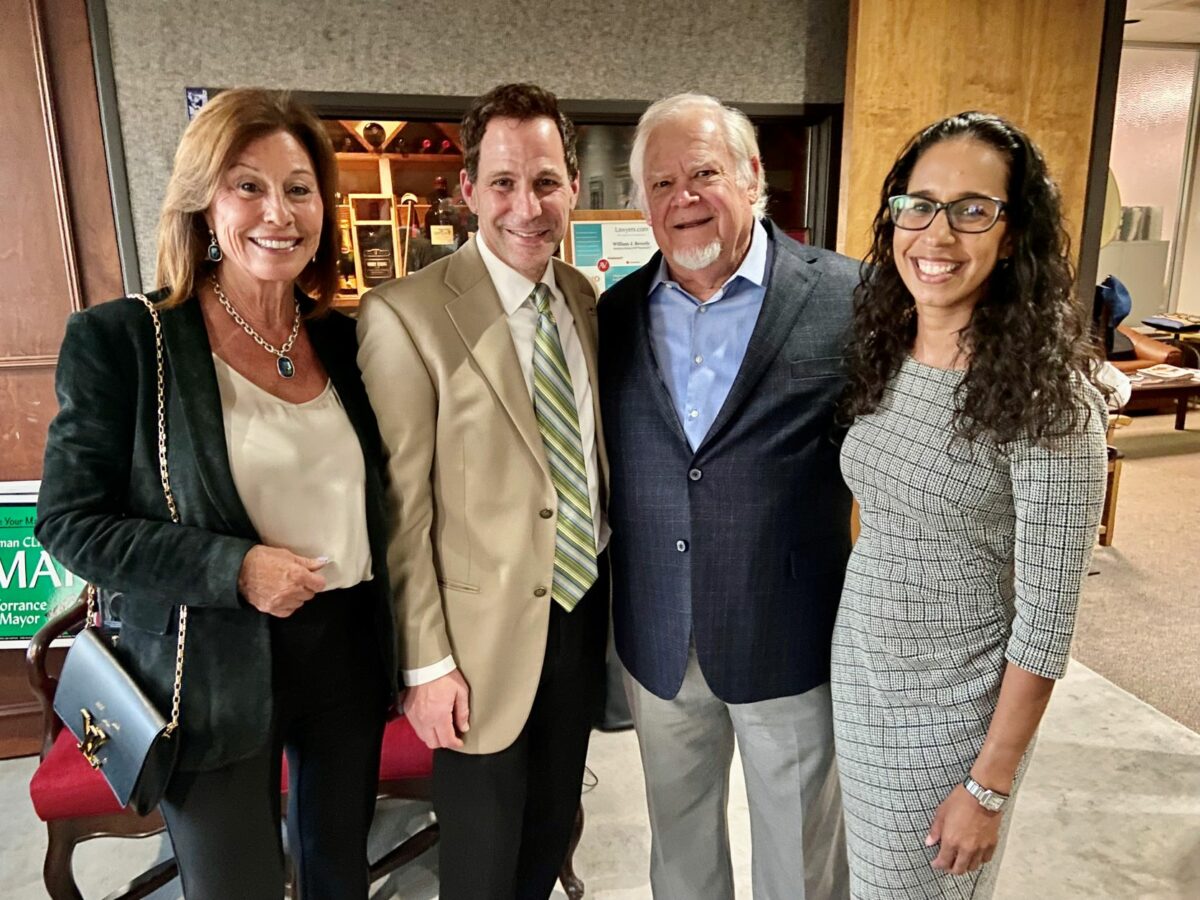 + Fundraiser for Torrance Mayoral Candidate given by PV Resident

On March 24, local Rolling Hills Estates resident Bill Beverly hosted a fundraiser for current Torrance Councilman Cliff Numark, who is running for Torrance Mayor in the June 7 election. The fundraiser was well attended and Numark had the opportunity to share with the crowd his objectives and fundamental beliefs in leading the City of Torrance into the future. To learn more visit www.cliffnumark.com. 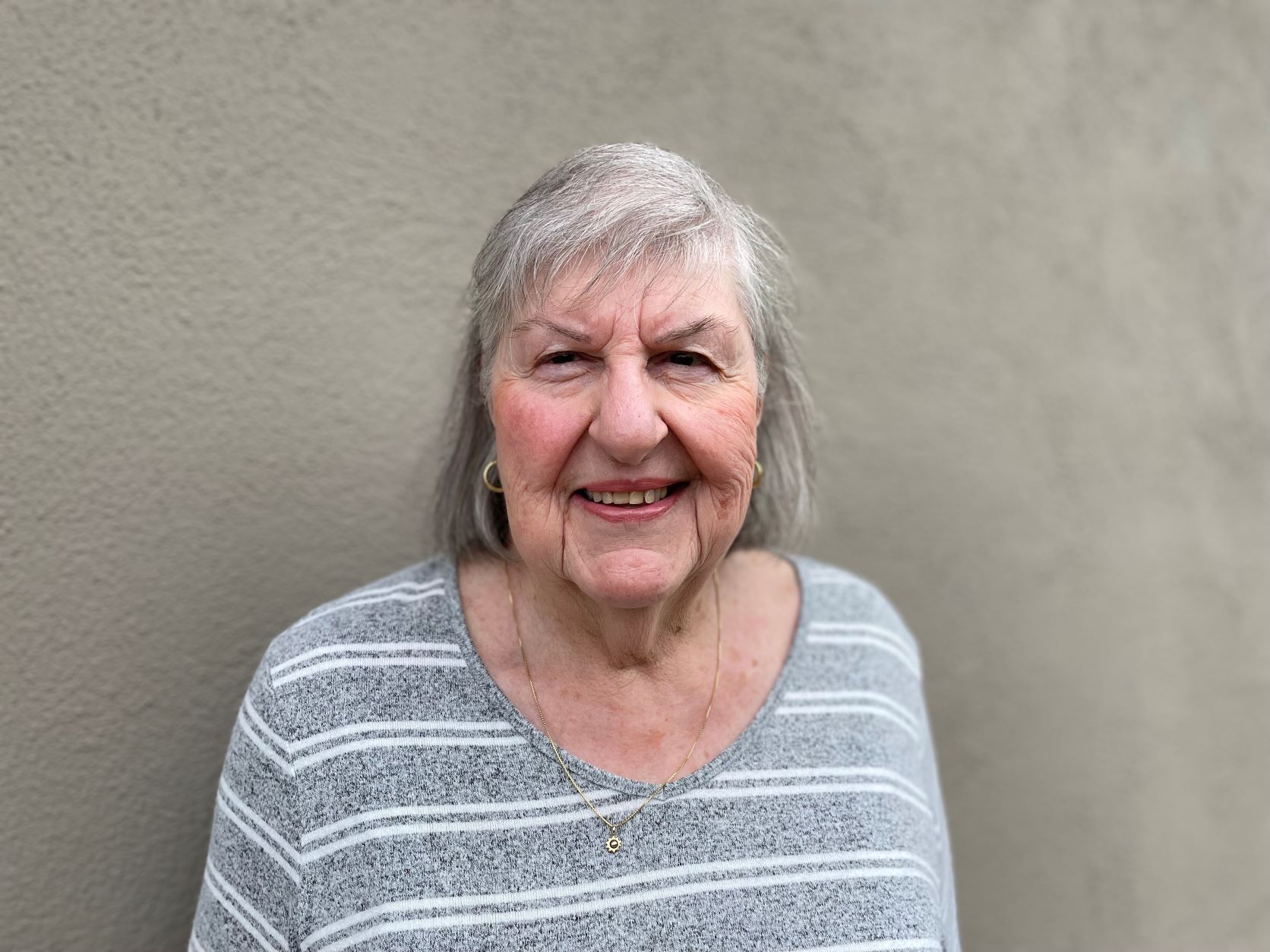 + Honorable Award Made to Local Resident

The Palos Verdes Peninsula Branch of the American Association of University Women (AAUW) is pleased to announce that long-time member, Nancy Mahr, pictured,has been granted a Named Gift Award, which reflects her outstanding service to the Branch and to upholding the principles of AAUW. Nancy currently serves as the Branch’s Public Policy Chair and she coordinates the Diversity, Equity and Inclusion Program.  An acclaimed community leader, she served on the Peninsula Library Board and is an active member of the League of Women Voters.  For more information, visit palosverdes-ca.aauw.net. 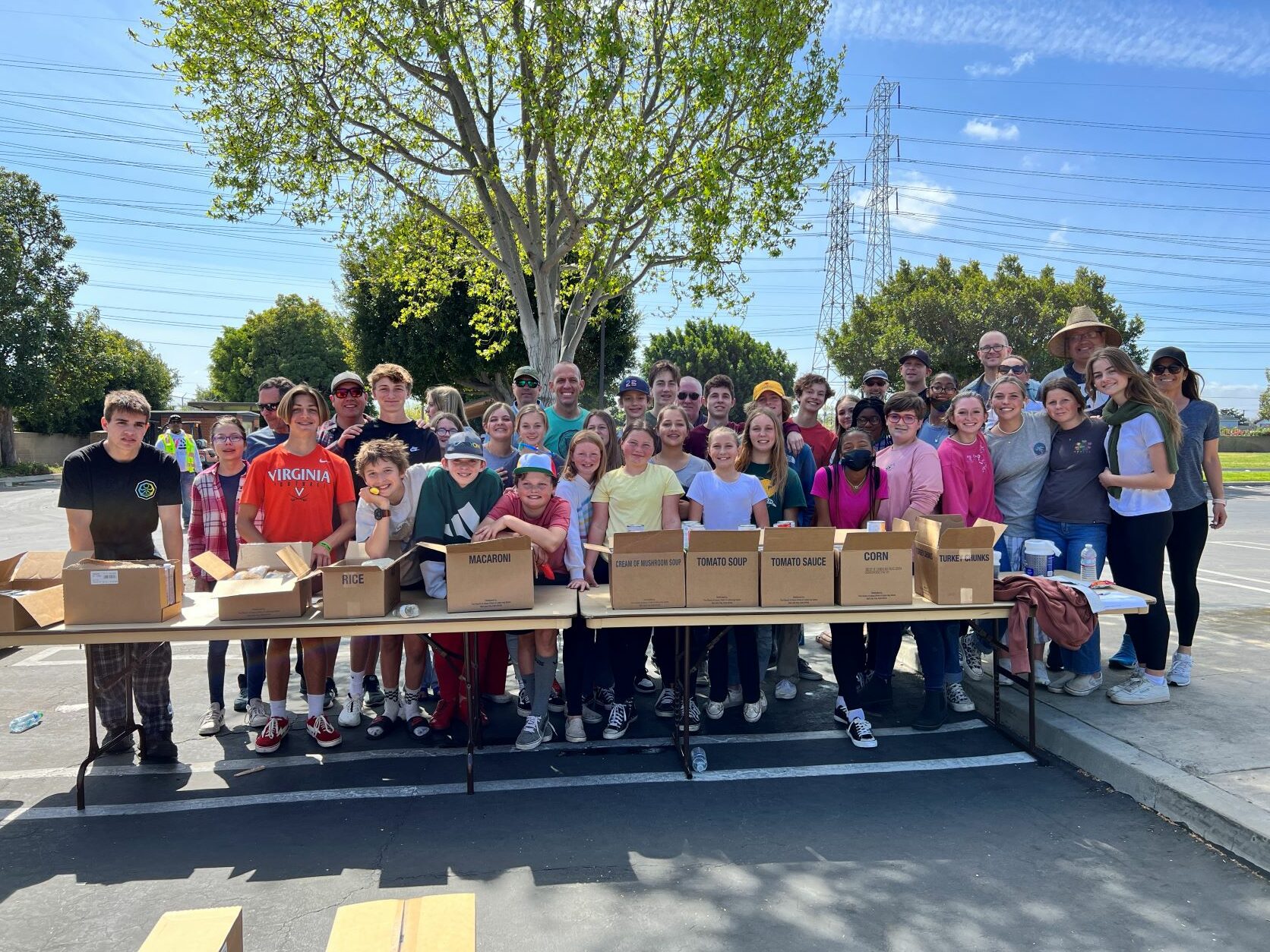 Teen volunteers helped distribute about 40,000 pounds of food and other essentials on a recent Saturday morning. The bagging volunteers were youth of the Palos Verdes Stake of the Church of Jesus Christ of Latter-day Saints, most living on the Peninsula, as well as those from a neighboring stake. They worked under the supervision of about 50 adults in an area determined to have a need. The young men and women worked at long tables passing bags to be filled with a variety of basic items. Others loaded the bags into open trunks or through windows. About 2000 cars lined up to receive the bags filled with staples, like rice, flour and beans, canned meat, fruits and vegetables, laundry detergent, shelf stable milk, and more. There were 19 items on the list of donations. The donations became available from the Salt Lake City storehouse of the Church of Latter-day Saints and were shipped here. Felix Warner, son of Mike and Britany Warner of Rancho Palos Verdes, remarked, “It was awesome to be able to help. I loved seeing smiles on the faces of the people who got the food.” Other comments: “We felt like a team,” “We had fun,”  and “It helped me think about what [some other] people are going through.” 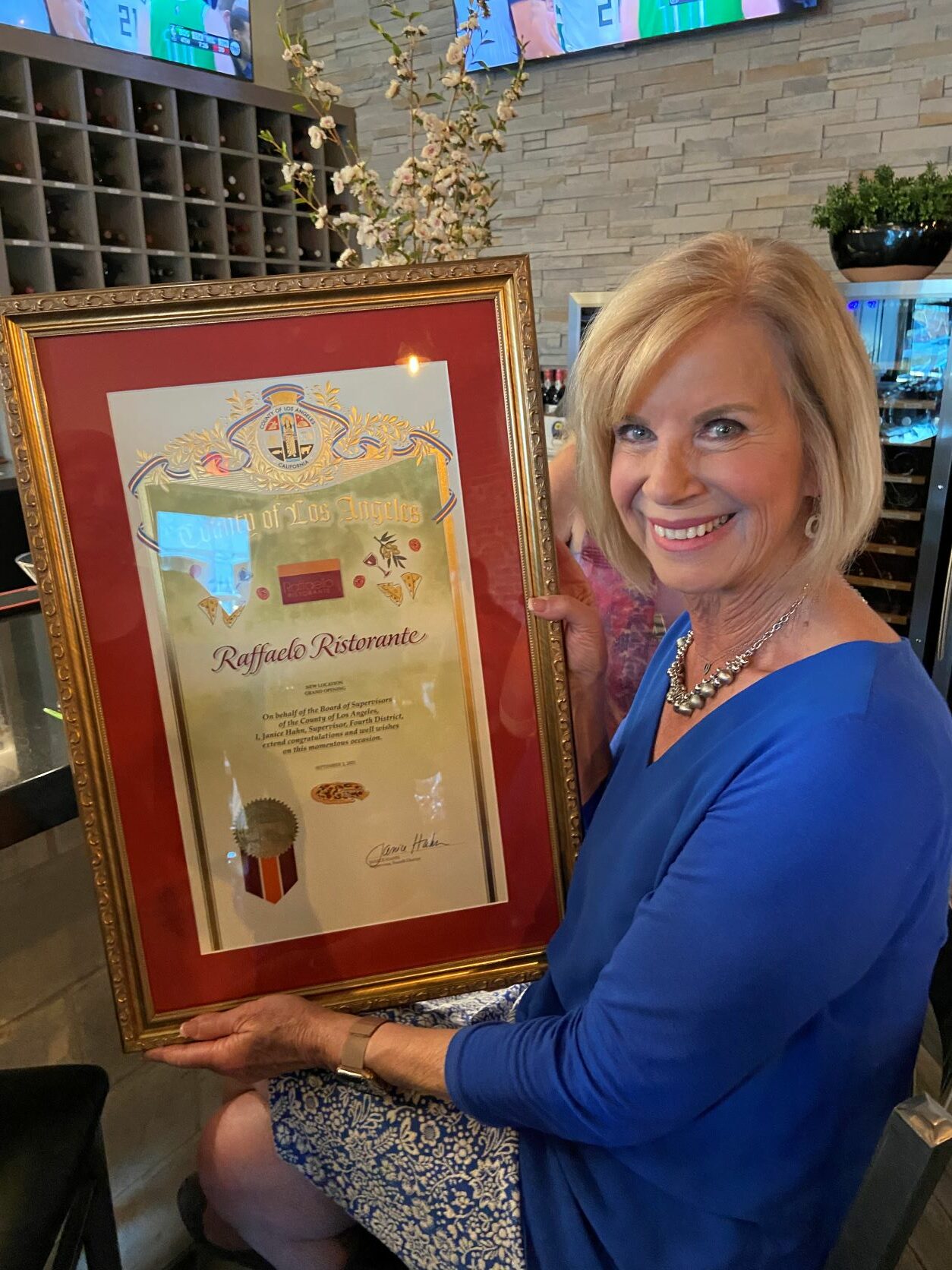 Supervisior Janice Hahn with the proclamation. Photo by Stephanie Cartozian

On April 7, Los Angeles County Board-Fourth District-Supervisor, Janice Hahn presented Raffaello Ristorante of San Pedro a congratulatory award for making it through the COVID-19 pandemic. They had moved their restaurant into a completely new, fully renovated and expansive space on 7th Street during the pandemic and still managed to thrive. The restaurant was started almost 40 years ago by the Cutri Family’s immigrant Italian parents and remains with the same family today. The Los Angeles County award offered well wishes for their continued success. Raffaello Ristorante serves up traditional and modern Italian dishes including seafood, one of the mainstays of this port city.  Hahn proceeded to celebrate her birthday there surrounded by friends and associates. Visit www.raffaelloristorante.com to experience a taste of Italy. Buon appetito! 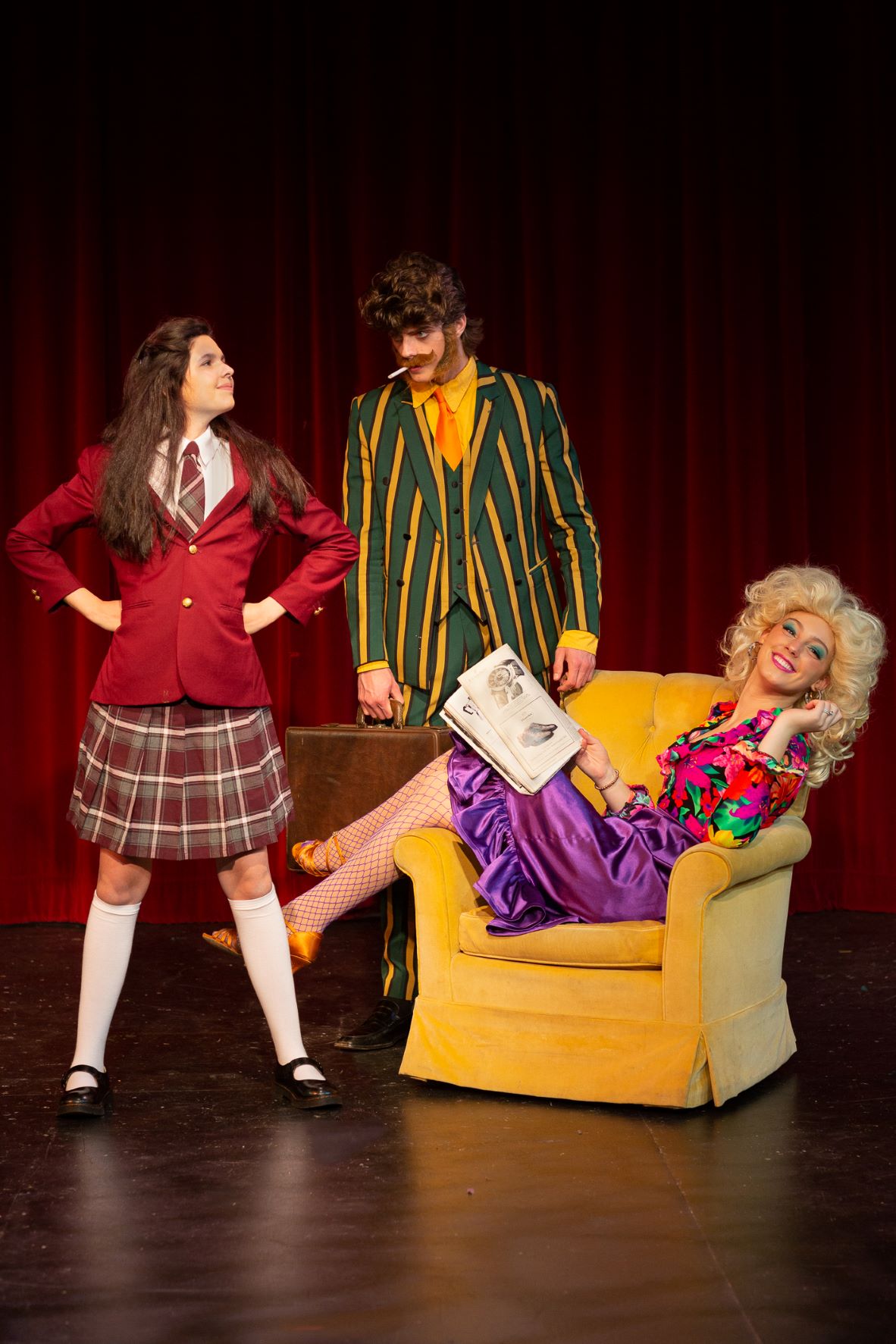 The Tony Award-winning Matilda the Musical was presented by the Palos Verdes High School Drama Department for seven performances in April. Inspired by the twisted genius of Roald Dahl, Matilda tells the story of an extraordinary little girl with an unbounded imagination who proves that you can do anything you put your mind to and change your destiny. Packed with high energy dance numbers and catchy songs like “Miracle,” “Naughty,” and “Revolting Children,” this magical story captivated children and adults alike. Following each matinee performance, audience members were invited to a meet and greet with the cast in the theater courtyard. 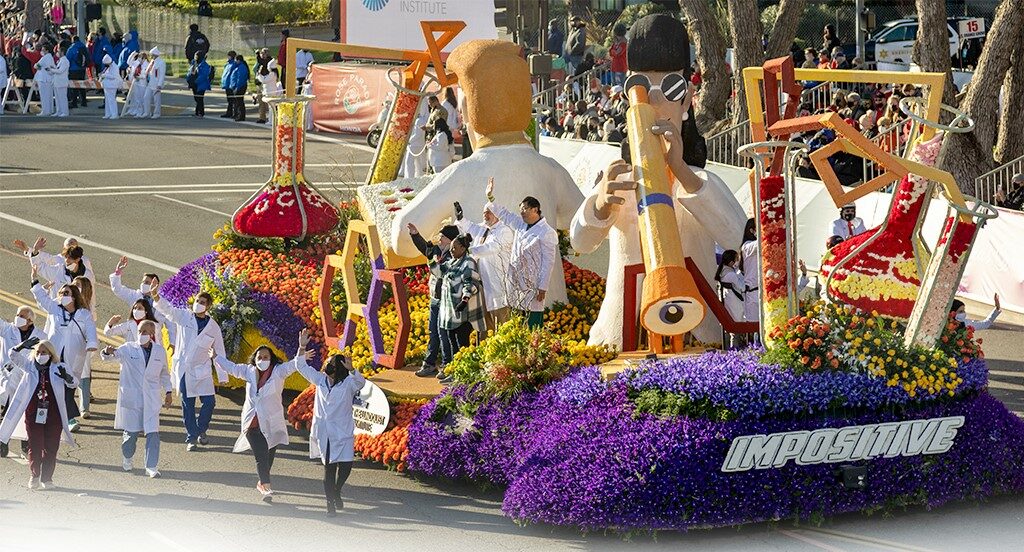 Photo Courtesy of the Lundquist Institute

In celebration of its 70th Anniversary of improving and saving lives, The Lundquist Institute for Biomedical Innovation entered a float in the 2022 Rose Parade. The float was called “Impositive” and featured riders whose lives have been saved by groundbreaking research conducted at the Institute. The Lundquist Investigators responsible for the life-saving therapies and the financial supporters of the float, Dr. Emil Kakkis and Dr. Yutaka Niihara, also rode on the float along with their former patients, Institute PhD students, and two Lundquist “Little Einsteins,” representing the Institute’s newest outreach effort designed to promote science education for elementary school children. The float was accompanied by 20 walkers – doctors, investigators, and researchers – all in lab coats representing the Institute’s focus on discovering life-saving therapies, devices, and solutions.

The theme of “Impositive” refers to the idea of having optimism in the face of seemingly impossible odds and this perspective can lead to exciting and innovative breakthroughs with far reaching global impact.

Recently the Institute received FDA approval for its treatment for Sickle Cell Disease. Sickle cell disease is an inherited blood disorder in which the red blood cells are abnormally shaped (in a crescent, or “sickle,” shape). The disease restricts the flow in blood vessels and limits oxygen delivery to the body’s tissues, leading to severe pain and organ damage. According to the National Institutes of Health, over 100,000 people in the United States suffer from sickle cell disease. The Lundquist Institute’s Dr. Yutaka Niihara developed Endari, a treatment that successfully reduces the acute complications of sickle cell disease. Patients who have been treated with Endari experience significantly fewer hospital visits for pain resulting from sickle cell crisis and fewer occurrences of acute chest syndrome (a life-threatening complication of sickle cell disease). “Endari offers a ready-made solution for those suffering from sickle cell disease all across the world,” says David Meyer, PhD, President and CEO of The Lundquist Institute. “We are proud of this life-saving treatment developed here.” Visit www.lundquist.org to learn more.