MBUSD prepares for a new and very different school year 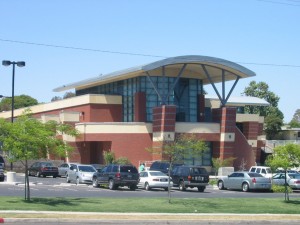 The Manhattan Beach Unified School District Board of Education has approved a tentative plan that will begin the coming school year with distance learning and potentially phase in classroom teaching if declines in COVID-19 numbers allow.

But both distance and classroom learning will be significantly different from last year. Several subcommittees, which involved 109 people and included teachers, parents, administrators, classified staff, and students, spent the summer convening in order to find ways to both more effectively deliver distance learning and contemplate how in-class learning can return safely. The school board spent its last two meetings in July poring over recommendations from those subcommittees and unanimously approving both sweeping changes to how distance learning will be operated within MBUSD and arriving at a five-phase approach to reopening.

Those deliberations have come as many parents, frustrated by the experience last spring of having their children cooped up at home trying to adjust to distance learning, have agitated for a full reopening.

Board member Bill Fournell praised all the work that had been done over the summer and urged everyone to take a big picture approach. “It’s an amazing amount of work and a huge challenge and obviously hugely stressful,” Fournell said. “There’s a lot of public comment; we’ve heard a lot, we’ve had a lot of emails. And I just want to remind everybody that the enemy is really outside the room, so to speak. It’s the virus. It’s not parents versus teachers, teachers versus administrators. We just need to focus on the fact that this is about having to be able to be patient until there’s low enough virus circulating in the community, low enough hospitalization rate, low enough infection rate, low enough death rate for us to actually have schools that look even reasonably close to the way that we want them to look. So I just encourage everybody to be patient and also to be tolerant of each other and how stressful this is for everybody.”

The plan the board approved at its July 29 meeting begins with distance learning, but with a greatly modified approach from last spring’s, when every school in the country and eventually throughout the world scrambled to adapt on the fly as the pandemic quickly shut down campuses. One very big difference is that last spring, grades were frozen in place from the time campuses shutdown, so students had little incentive to apply themselves to distance learning or in some cases even attend online classes.

Dr. Katherine Whitaker Stopp, the assistant superintendent of educational services, told the school board that the distance learning students will experience this fall will barely resemble the on-the-fly online learning that occurred in March, April, and May, beginning with the fact that grading will once again be in play and attendance will be monitored.

“We were thrown into this in the spring,” Whitaker Stopp said. “We feel more confident about what we know now, and how it’s going to be better. We will have a process in place to make sure that we keep our students engaged. They’ll be held accountable for coming, and they’re going to want to come because the teachers are killing it….The grade piece, the attendance piece, it just makes this whole thing very different for them in the fall. I looked at [students’] faces when I told them, and they said, okay, this is the real thing.”

The technology of distance learning will also be revamped. Last spring’s piecemeal approach will be replaced by the uniform use not only of Zoom but Google Classroom. Teachers have been given a tool that complements Google on the curriculum end —  a digitalized learning platform called Schools PLP that has been the standard bearer for online learning for over a decade. It not only will help teachers create and deliver standards-based lessons but also provide additional content and other resources to do so.

Superintendent Mike Matthews expressed hope that the technological improvements will allow the district to fulfill the promise that remote learning has always possessed but rarely achieved.

“I think we have never come close to what I thought is the potential of the technology in the classroom,” Matthews said, later adding that Schools PLP was a key missing cog. “The fact that this is the same platform that online schools are using —  we can combine what online schools do well with the excellence of our teachers, and I think it’s a great combination that we could have.”

The board tentatively approved Schools PLP, which costs $45 per student, or $173,000 districtwide, and will be paid for by federal relief monies targeting education.

The second phase of the district’s plan is an “elementary hybrid” model that will bring transitional kindergarteners and kindergarten to school in rotating half days. High needs students in grades 1 through 5 will be provided in-school support, and other students in those grades will attend two days of classes per week and continue distance learning the other three days. Parents will have the option to allow any student to keep pursuing full time online learning during this phase.

The third phase is called the “high needs hybrid” model, in which high needs students in grades 6 through 12 will be given the option of in-class support four days a week. The fourth phase is “secondary hybrid” in which students in those grades will return to school in as-yet-to-determined number of days, depending on what is learned in the earlier phases and the larger health outlook. No students will be allowed to return to classes in any district statewide until the county in which that district is located has been off the Governor’s COVID-19 watchlist for 14 straight days.

The fifth phase would be a return to classrooms full-time, with no distance learning.

School board member Karen Komatinsky cautioned that when hybrid phases begin to occur and even when students are fully returned to classrooms, school will not be the same as it was prior to the pandemic.

“So for those parents who really want to just go from distance learning right back into something that looks like what we had when we left in February, that’s not going to exist,” she said. “It’s not the world we’re talking about in a hybrid model. What we’re talking about in a hybrid model is masks and Plexiglas and different hallways and everything. So a lot of parents out there who think that when we go back and that this hybrid model is going to be something like we left, we need you to hear us when we say that’s no longer existing.”

The board did express support for possibly beginning preschool classes earlier, as is allowable under some state guidelines. But details for that plan are still being worked out —  including staff training and physical safety measures. Districtwide, hand washing stations are being installed in every classroom, social distancing markers are being laid down in classrooms, and —  eventually —  large amounts of Personal Protection Equipment will be made available to staff. No more than 20 students will be allowed in any classroom at any time once hybrid models are implemented, and provisions will be made for any employees over 65 who do not feel safe returning to campuses.

Elsewhere in the state, elementary schools are being allowed to apply for waivers to reopen sooner. Due to the high number of COVID-19 cases in the county, the LA County Department of Public Health said this week it would not yet consider such waiver applications. Matthews told the board last week he had no intentions of pursuing such a waiver until COVID-19 numbers are drastically diminished.

“The clearest thing to happen would be for the numbers to go clearly down and be deemed under control, where both the governor’s office and the health department’s office were to agree that it’s the appropriate time to restart school,” Matthews said. “The other possibility out there is that we see the numbers going down in LA County, but they’re not sufficient for the Governor’s office, but maybe the sentiment is going in the right direction, and perhaps we would apply for a waiver at that point. But either way it would take dramatic change in the trends of how things are operating and seeing some continuity of those trends.”

“That waiver would require entire community buy-in,” Matthews said. “We think it would require our city, our parents, and our employee unions to be on board with that. And I think that our parents will probably, as we’ve seen, could be on board now. But staff, and our employee groups, are not entirely on board. But just as importantly, I’m not either. I think that’s the right call for us.”

Shawn Chen, the president of the MBUSD Teacher’s Union, said in an interview that she and her union membership have frequently clashed over both health and financial issues with district administration —  including over exposure to asbestos and mold that occurred in 2018 and over the layoff notices issued to 37 employees last spring (most of which have since been rescinded). But she acknowledged that the same conservative approach that the superintendent typically takes towards fiscal matters is now his approach towards health matters, and this is something that has not gone unnoticed by teachers.

“He has taken a very thoughtful approach,” Chen said, also noting that 33 teachers have been part of the committees tasked with reopening plans this summer. “We are used to talking about the district and board being conservative fiscally, and the union often takes issues with that. But in this circumstance, he’s thinking conservatively from a health and safety standpoint, and we are appreciative of that. Because in this instance, a lot of parents are not thinking of health and safety in the same way.”

Chen said she appreciated a comment made by school board member Sally Austin Peel that many parents are in “dire straits” both economically and emotionally, and the additional difficulty of having to supervise kids’ distance learning has exacerbated this.

“But we can’t lose more by risking the health and safety of our students and teachers before we know more about what will happen with the virus,” Chen said. “In two months, we’ll know a lot more. Schools in other parts of the country and other parts of the world will be back in classrooms, and I think it’s alright to be a little bit behind the curve. That, I think, has been Mike’s approach, and it’s wise —  you don’t have to be on the bleeding edge to figure out what to do here. Mike is correct: his stance is that we don’t have to be first to get it right.”