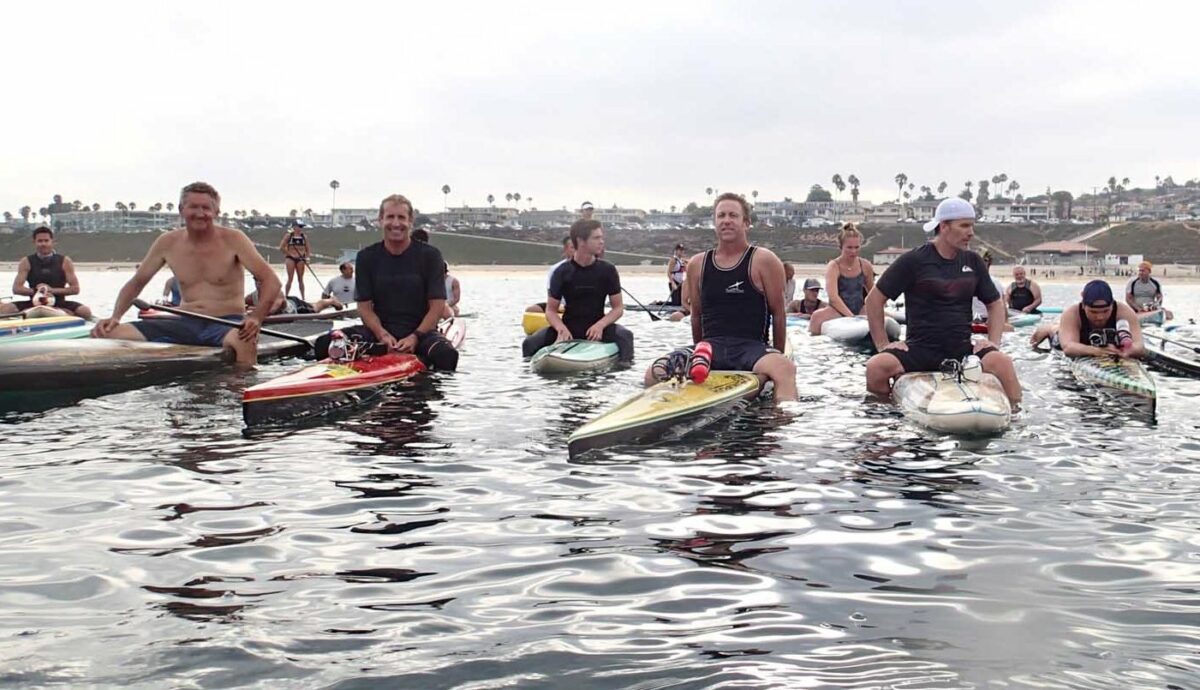 Stand up paddler Pat Ryan, and Donkeys Matt Walls, Scott Rusher and Ron Roebuck line up at the start of the Riviera Mexican R10 Paddleboard race. Photo by Kevin Cody

By paddlers’ standards, the Riviera Mexican R10 Paddleboard Race is short. The out and back course, from Torrance Beach to the R10 buoy off of Palos Verdes is only eight miles. So a group of local paddlers known as The Donkeys incorporated the International Surf Festival race on Saturday morning into their training for the upcoming 32-mile Catalina Classic. They paddled from the Manhattan Pier to Torrance Beach, did the eight mile race then paddled back to Manhattan.

Despite their seven mile warm-up, they did well. Donkey John Ward won the Kupuna (old man) division and Donkeys Matt Walls and Scott Rusher finished second and third overall. They would have finished first and second if paddleboard builder Joe Bark hadn’t ordered his son Jack and Jack’s Australian houseguest to enter the race. The two had planned to go on a long training paddle, but the senior Bark told them it would be disrespectful of race organizers Kyle Daniels and Danny Williams not to do the race. It was the race’s 20th anniversary.

Not surprisingly, Poole smoked the Donkeys Saturday morning with a time of 1:20:28. Bark finished back in the pack, after stopping to make the traditional dive off the R10 and then chatting with friends on the paddle back to the beach. Hazelrigg took the race more seriously and was the first woman finisher.