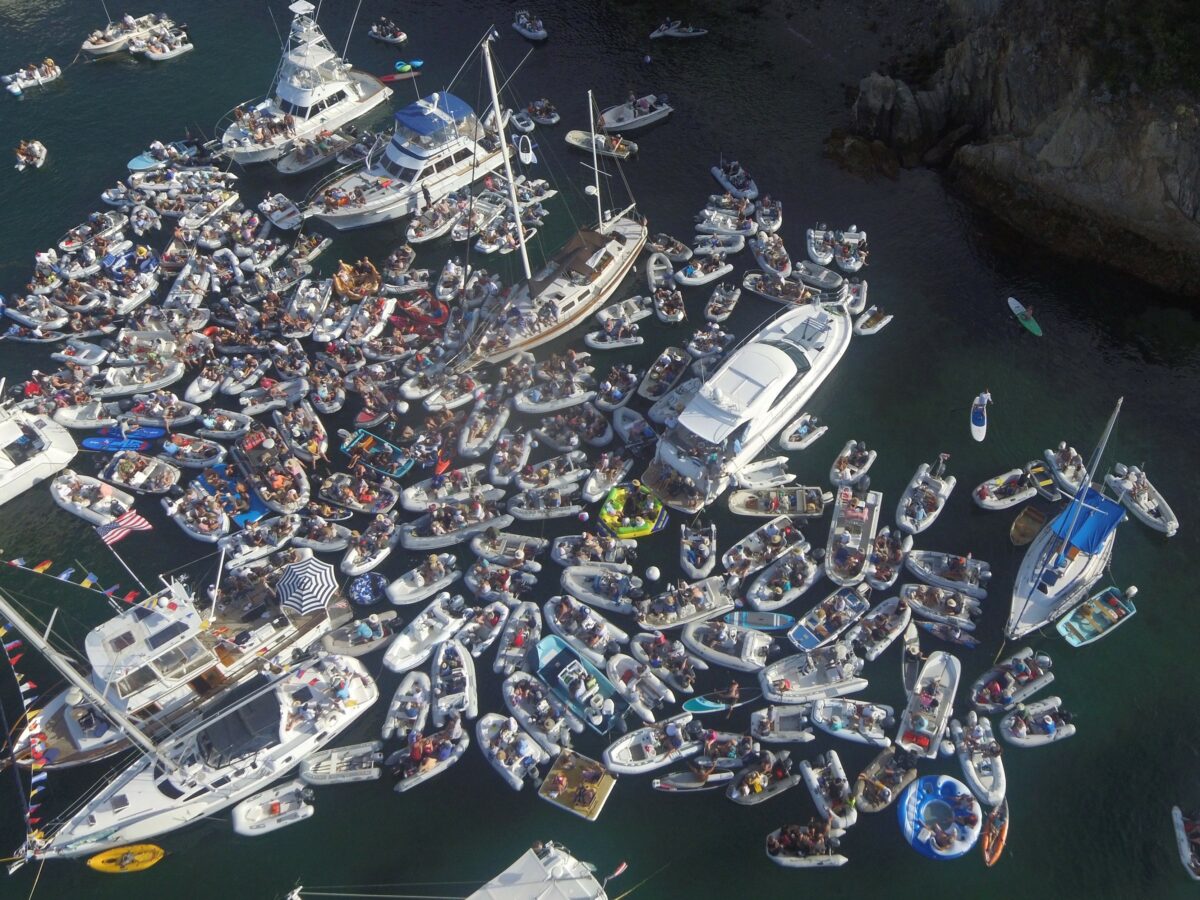 Rafts and dinghies crowd around Scott Grillo’s 45-foot trawler during his performance at  the Annual Cherry Cove Cockpit Concert in 2019, on Catalina Island, presented by the Cherry Cove Yacht Club. Photo by Butch Nielson

He started with a Cat Stevens songbook and a cheap guitar at age 38.

Now he can, and he will again at the annual Labor Day Sunday Cockpit Concert in Cherry Cove, on the West End of Catalina Island.

You can get there in a boat, or it’s a 15-minute walk from Two Harbors, where the Catalina Express travels twice per day.

Grillo will perform with Dave Barrette, now of Ventura, who founded the concert 10 years ago. It is sponsored by the Cherry Cove Yacht Club.

When Barrette was unavailable in 2019, the yacht club asked Grillo to step in.  He obliged and played on the back of he and his wife’s 45-foot trawler, in front of an estimated 600 people, listening from sailboats, yachts, dinghies, rafts and paddle-boards.

“I brought every speaker I owned,” said Grillo. “I have better speakers now.”

He plays acoustic music mainly from his formative years and some later – his favorite sailing related song is “Southern Cross” from Crosby, Stills & Nash (1982).

He formerly played weekly in Rancho Palos Verdes at the now-closed institution The Admiral Risty. Now he and Balesteri play at the patio of Peninsula Taphouse every Wednesday from 5 p.m. – 7 p.m.

Barrette hands off the torch for the boat concerts to Grillo after this year.