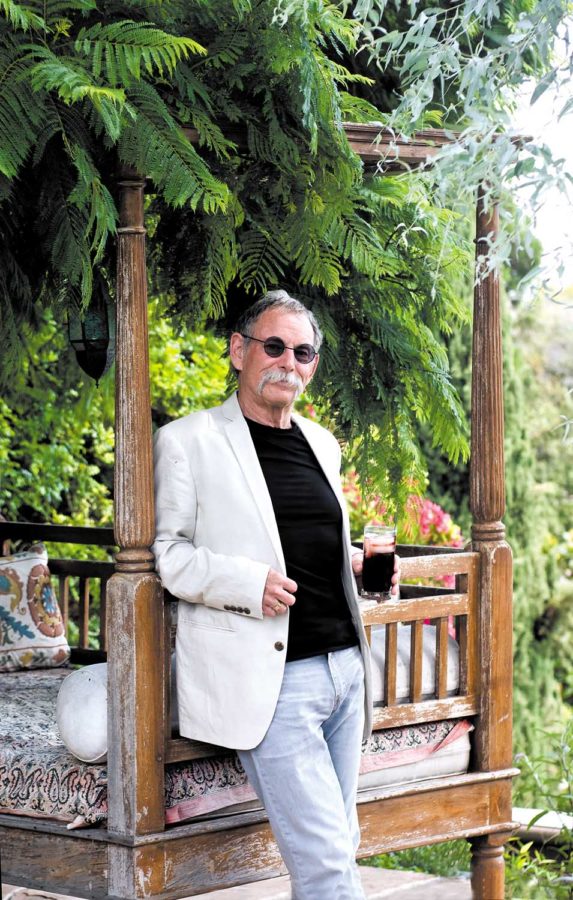 Neil Siegel at his home on the Peninsula. Photo by David Fairchild (DavidFairchildStudio.com) 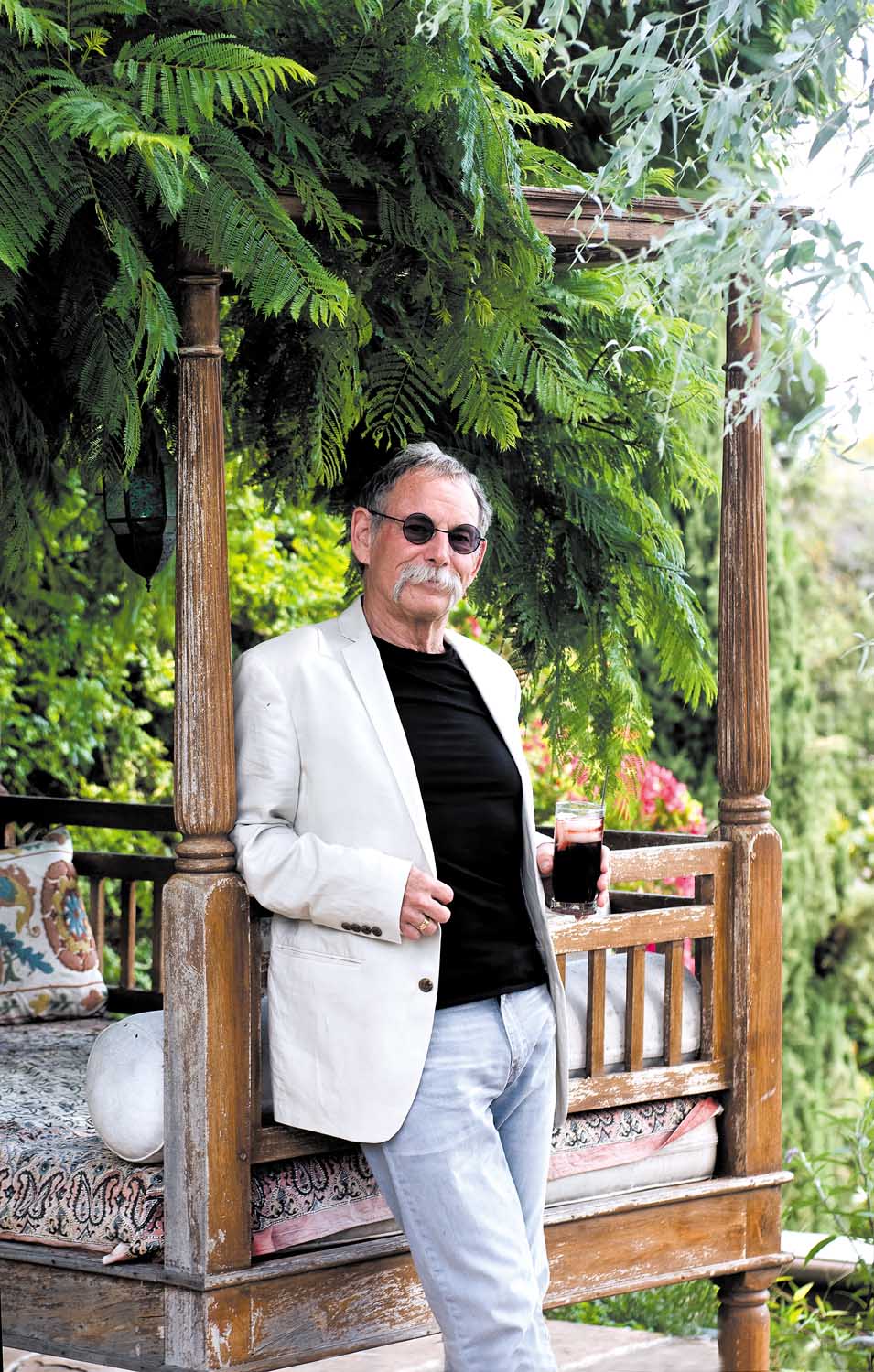 Neil Siegel at his home on the Peninsula. Photo by David Fairchild (DavidFairchildStudio.com)

Following Neil Siegel presentations, military veterans frequently tell him during the question and answer period, “You saved my life.”

Siegel led TRW’s development of the Blue Force Tracker (BFT), a wireless communication system that enables soldiers in tanks and other vehicles to quickly share information.

BFTs have been used in 90,000 tanks, combat vehicles, command posts and helicopters in Iraq, Afghanistan and other combat zones. The Institute of Electrical and Electronics Engineers (IEEE) described the system as “Groundbreaking . . .  one of the most decisive new military technologies of our time.”

In 2011, IEEE presented Siegel with its highest honor, the Simon Ramo Medal for excellence in systems engineering. Siegel is also a three-time recipient of the TRW Chairman’s Award for Innovation.

Contributing to America’s military mission “has really elevated my life. It was not just a job but a calling,” Siegel said during a recent interview at his Rolling Hills Estates home.

Siegel retired from aerospace in 2015, as vice president and chief technology officer for Northrop Grumman in Redondo Beach. (Northrop acquired TRW in 2002.) He oversaw 12,000 engineers and scientists in designing digital systems for the government, and data analytic systems for the private sector. Every cell phone and tablet uses a version of the systems he helped develope. Siegel and his engineers helped generals make better battlefield decisions, the Centers for Disease Control and Prevention contain disease outbreaks, and pharmacists avoid fatal drug prescriptions, all by harnessing the power of data analytics.

Jeannie Benevidez-Hilgere, a fellow, retired Northrop Grumman vice president said of Siegel, “Chief engineers from across the company would seek Neil’s counsel. We used to tease him that Pentagon generals had him on speed dial.”

But despite his many admirers, Siegel may be overshadowed this month by his equally though differently talented brother, actor and comedian Jack Black. Siegel has enlisted his Hollywood Walk of Fame brother to host the inaugural TrinityKids Care Layla Paige Nature Walk on October 12 at the South Coast Botanic Garden. Siegel serves on the Providence TrinityCare Hospice Foundation board.

The two brothers’ abilities can be traced to their mother, who was only the eighth woman to graduate from the University of Southern California School of Engineering. And though the two have different fathers, both dads were engineers and are also deserving of Siegel was identified as gifted during his childhood in Manhattan Beach. “I was off the charts on IQ tests. Statistically, you will never meet another person with my IQ —  if IQ matters,” Siegel said.

At 12, Siegel performed Baroque music as a flutist. “When other kids were listening to the Beach Boys, I was playing Bach,” he said.

Today, Siegel prefers Ottoman and Persian instruments. He and his wife Robyn Friend have performed over 1,000 concerts in 10 different countries. Friend sings and dances. She has a Ph.D. in Iranian languages.

Siegel earned his undergraduate and master’s degrees in math, and later his Ph.D. in systems engineering at USC.

The couple’s Rolling Hills Estates home has over 10,000 books. Jane Austen, Leo Tolstoy and other great writers help him problem solve by giving him insights into the human condition, he said.

Siegel began his aerospace career as a computer programmer in the defense division at TRW in 1976 and quickly rose through the ranks to become general manager of the Tactical Systems Division.

“I came along at the right time when computer technology and global positioning was just beginning. With the help of some smart people, we put it together and made it work. Engineering is a gigantic team effort,” Siegel said.

Coming up with an idea is just the start of the challenge, he said. “An idea, by itself, is worthless. It has to be developed. The ability to manage all the stakeholders is much rarer than the ability to have great ideas,” he said.

After retiring from aerospace in 2015, Siegel was appointed the IBM Professor of Engineering at the USC Viterbi School of Engineering. “I’ve always been an evangelist for attracting and keeping talent. Teaching is an extension of that. I love my students,” he said.

His college textbook, “Engineering Project Management,” was published last month. “I’m interested in achieving practical results, actually building things,” he said. His home is filled with furniture he either built or restored.

Siegel joined the board of Providence TrinityCare Hospice Foundation in 2002. Providence TrinityCare provides palliative care and in-home hospice, regardless of ability to pay. TrinityKidsCare was founded in 2001 to “help children with life-limiting illnesses live as normally as possible for as long as possible in their own homes.” It is the only hospice dedicated to children and adolescents in Los Angeles and Orange counties.

Former chief executive of Providence TrinityCare Hospice Terri Warren said, “Neil is one of the most interesting and creative people I’ve ever had the privilege to work with. He is just one of these community supporters that any organization prays to have. He is creative, enthusiastic and passionate. Neil asks the hard questions, thought-provoking ones that push us to think bigger, think broader and do more to help families.” 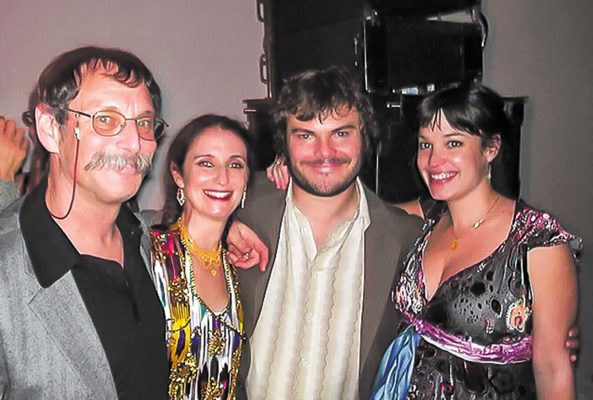 Matt and Larissa (Reece) Sonnen of Redondo Beach is one of the many families TrinityKids Care has helped. When their daughter Layla was born in 2015 they never imagined she would develop a neurologically progressive disorder that would attack her nervous system and prevent her brain from developing.

“It was our job as parents to just assume Layla’s going to be a miracle baby,” Matt said. “We kept pushing forward, assuming that something’s going to click.” Nothing did. Finally, the Sonnens made the heart wrenching decision to grant Layla permission to “stop fighting.”

“People need help during the time their children are seriously ill,” said Dr. Glen Komatsu, chief medical officer for Providence TrinityKids Care. “That’s what we do — support people and their families with serious illness throughout the illness, from the time of diagnosis on, even those who are going to get better.”

“Dr. Glen Komatsu and the team at TrinityKids Care have the ability, presence and depth that families like us  need — desperately,” Reece Sonnen said. “They were prepared for everything that came up — from A to Z. I felt like they were right there living it with us, with heartfelt compassion and empathy that we had never experienced with a medical team before.”

On July 8, 2017, while cradled in her mother’s arms, with her father and brother Luke beside her, 22 month old Layla Paige died.

“TrinityKids Care is a great program, helping sick kids and their families through the toughest times. The world could use more of this type of kindness. I’m looking forward to hosting the event,” Black said.