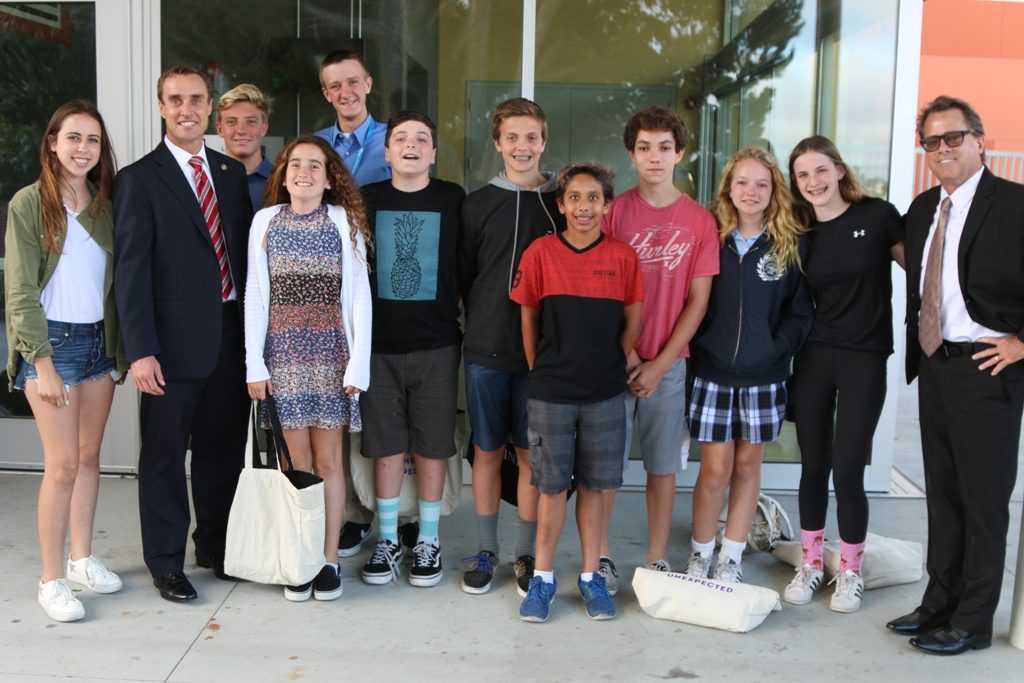 Shortly after graduating from the University of Arizona in 1995 with a degree in entrepreneurship, Gerry Morton took a sales position with a Silicon Valley software start-up. After going public in 1999, it became the fastest growing software company in the country, with a value of $7.5 billion.

Morton left the company in 2001 and returned home to Manhattan Beach with $4.5 million in stock and commissions, intent on fulfilling his dream of becoming an entrepreneur. He invested most of his money in a single stock, at $128 a share. It promptly fell to $3 a share. 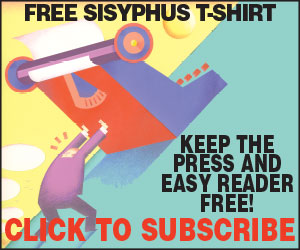 “I got a little drunk on that $4.5 million. Having thought I was set for life, I came right back to where I’d been when I first got out of school,” Morton said.

That experience, he said, taught him to never take anything for granted. “Not people, not possessions, not experiences. Nothing.” 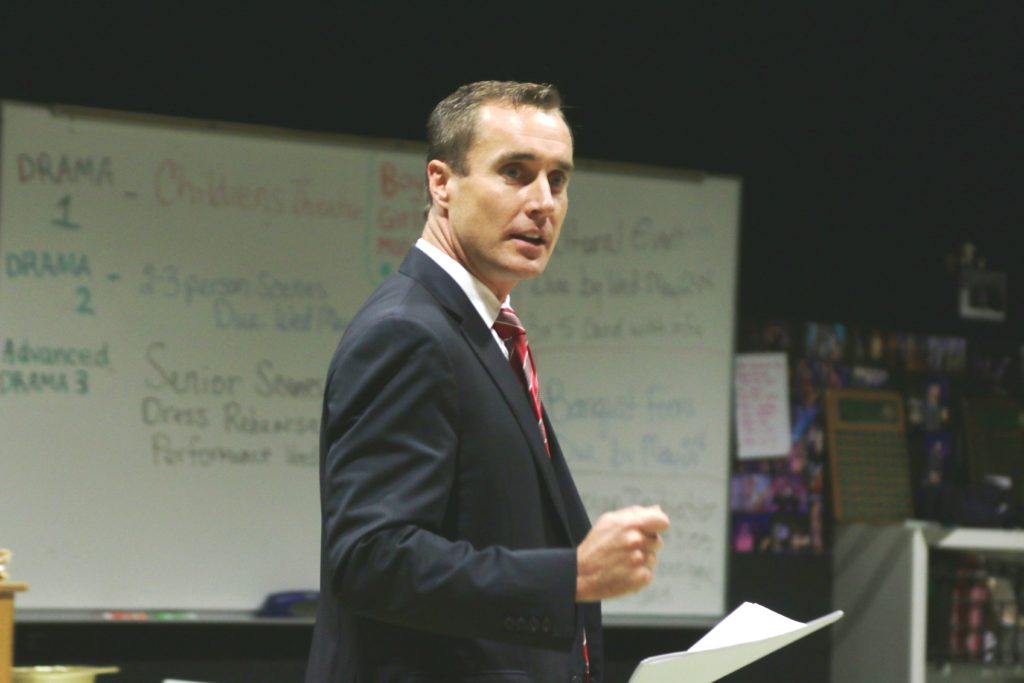 Morton shared his business experiences two weeks ago at Mira Costa High School with the 2016-2017 class of the Young Entrepreneurs Academy, presented each year by the Manhattan Beach Chamber of Commerce.

The 10 South Bay middle school and high school students each founded a business during the 21 week program, led by Manhattan Beach Middle School teacher Rachel Thomas. All of the businesses have continued past the program’s end. American Martyr’s sixth grader Isabelle Hory finished 8th out of nearly 100 regional finalists at the YEA national scholarship championships, held May 5 at the Rochester Institute of Technology. Hory invented a device she calls Gimmieboost. It enables one cell phone to “jump start” another cell phone.

Morton began his talk by stressing the importance of self-confidence.

“There’s a thin line between confidence and arrogance. But I’ve learned that if I show belief in myself, that gives the person I’m talking to the psychological ‘permission’ to believe in me. You’ve heard the phrase ‘Fake it ‘til you make it.’ People can’t read your mind. If you have doubts about your ability, others don’t know that. What they know is how you project yourself.”

He said he was overweight and felt listless when he began training for his first marathon in 1997, at the recommendation of the CEO of the software company where he made his first millions. Since then he has competed in 36 marathons, four ironmans and the 32-mile Catalina Classic Paddleboard Race.

Morton talked about what entrepreneurs call the “River of opportunity.”

“But it’s more than just being in the ‘river.’ You have to be ready to grab the opportunity. After that very painful loss, I decided to go on a ski trip with folks at my gym. A guy on the bus introduced me to a friend who needed a partner to put together a real estate deal.”

That introduction led Morton to build three townhomes, using borrowed money, that netted him over $1 million.

“A smart man once observed that each of us is the average of the five people with whom we spend the most time,” Morton said, by way of noting the importance of relationships.

He began cold calling financial planners out of the Yellow Pages and asking if they knew anyone who wanted to sell their business. Later he discovered that calling bankruptcy attorneys was even more fruitful.

One cold call led to EnergyFirst, a nutritional products company. The owner didn’t want to sell, but shared Morton’s interest in ironman competitions.

“Every two months, for two years, I asked him, ‘Are you sure you don’t want to sell?’”

The company was in distress when Morton finally acquired it in 2003. Soon afterwards, Inc. Magazine named EnergyFirst one of the fastest growing private companies in the United States.

Morton closed his talk to the YEA graduates by circling back to the importance of self confidence.

“Call it a goal, a dream, a vision. I call it intention. I’ve gained the absolute belief that when you create a burning desire for something, when you make clear your intention, all the powers of the world come together to make it so,” he said.