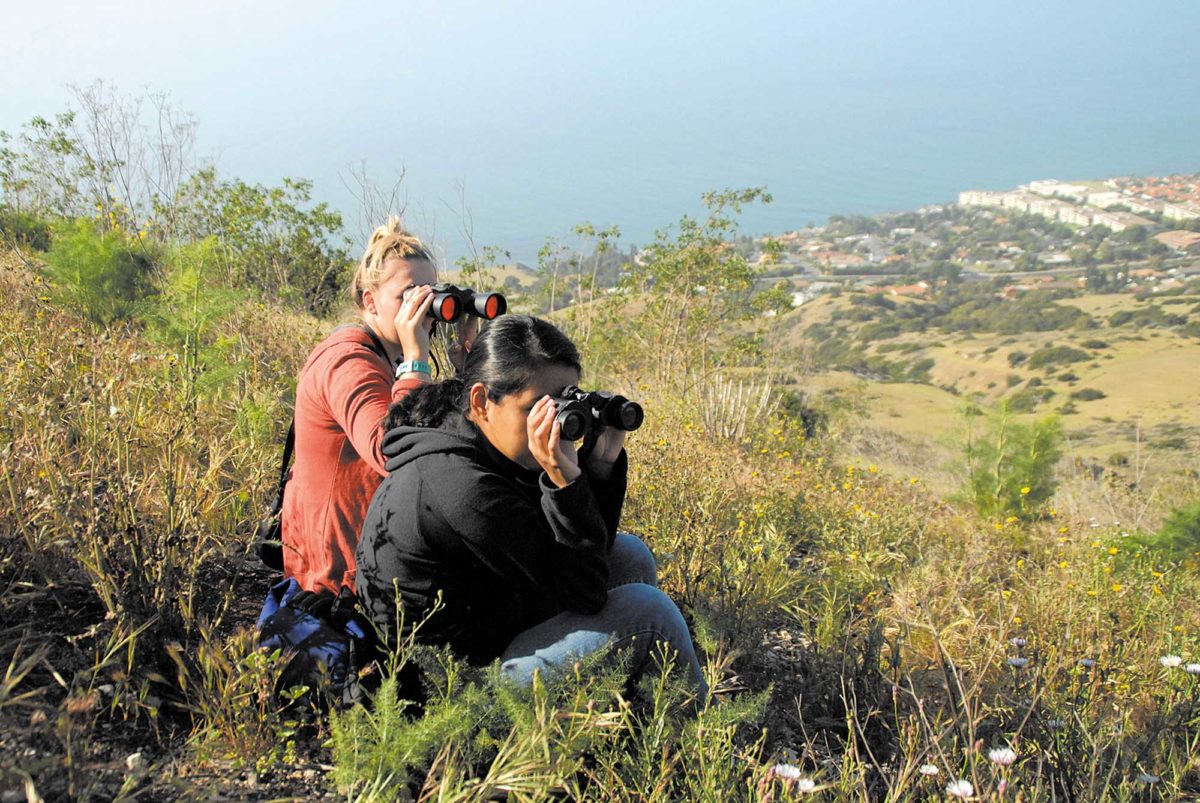 It’s not plants, birds and four-legged animals that benefit

Some 1,600 acres on the Palos Verdes, broken up over four preserves are managed by the Palos Verdes Peninsula Land Conservancy. The non-profit Conservancy was founded in 1988 to preserve open space on the Peninsula, restore the habitat and assure public access to the preserved lands in perpetuity.

Tiffany Yap, a scientist and wildlife corridor advocate for the Center for Biological Diversity in Oakland, praised the Conservancy’s mission.

“You might not think of it at first glance but there are still a few pockets of rich habitat in Southern California. The Palos Verdes Peninsula is one of them,” said Tiffany Yap, a scientist and wildlife corridor advocate for the Center for Biological Diversity in Oakland. 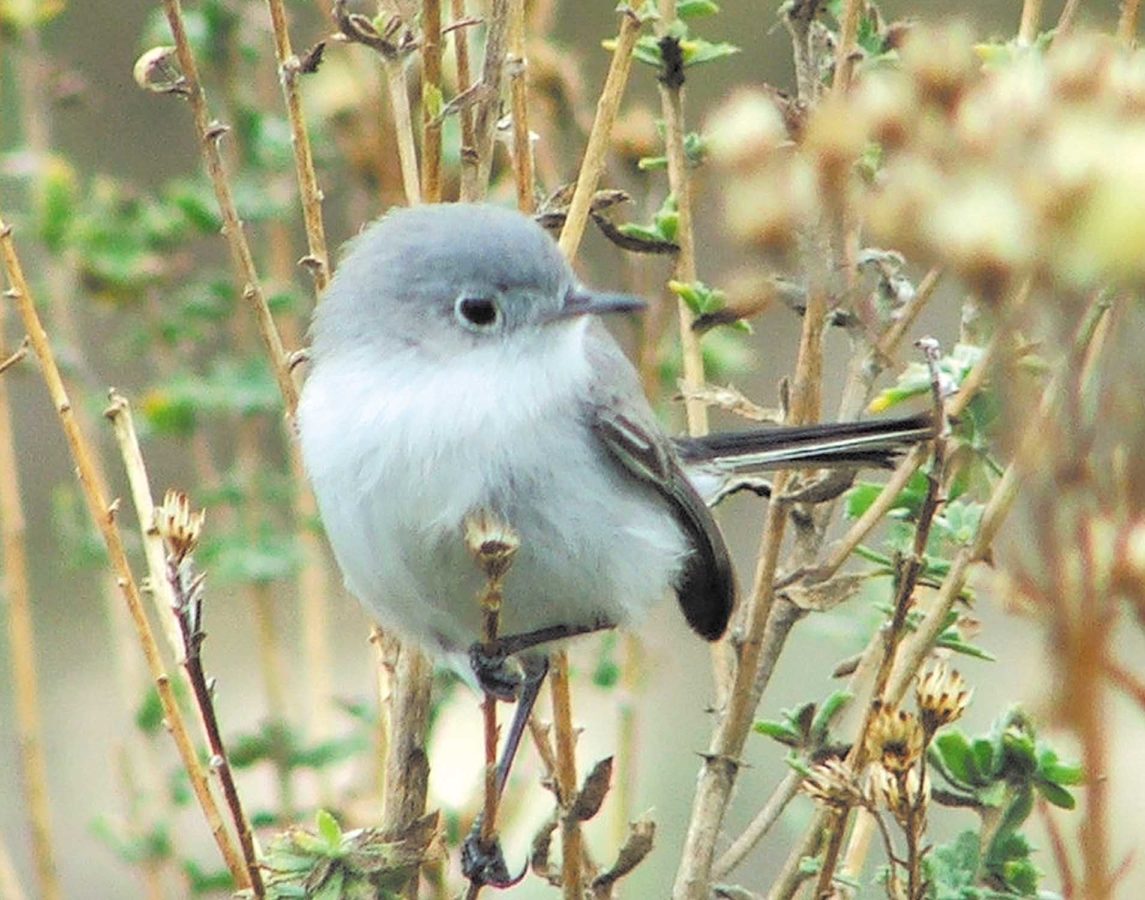 “The trees, plants, and shrubs all work to sequester carbon and that helps keep the air clean,” Yap said. “Habitats like these help keep us healthy.”

While there are no-known large cat species such as mountain lions or bobcats in the area, the peninsula’s population of coyotes, foxes, hawks, and owls is healthy and steady, according to Austin Parker, a Conservancy staff biologist,

Some species found on Conservancy-managed lands are considered as endangered or threatened by the federal and state governments.

These include the Cactus Wren, Coastal California Gnatcatcher, the Palos Verdes and the El Segundo Blue Butterfly, the Least Bell’s Vireo and the Peregrine Falcon. 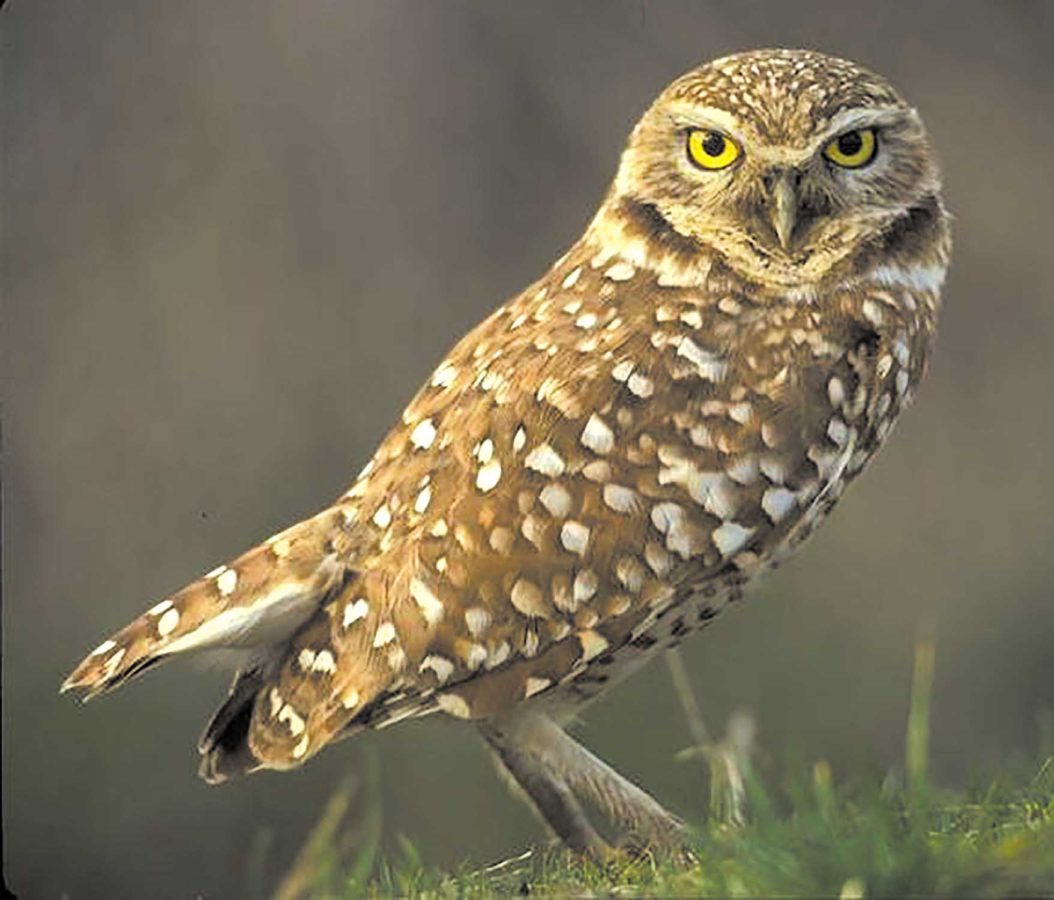 A burrowing owl. Photo courtesy of the PVP Land Conservancy

“You could say that the peninsula is an island,” Conservancy Executive Director Adrienne Mohan said.

Mohan said the Conservancy is focused on protecting four at-risk, native species: the El Segundo blue butterfly, the Palos Verdes blue butterfly, the Coastal California gnatcatcher and the cactus wren. She added that the organization’s native nursery cultivates 60 different species of plants that are used to restore critical habitat areas within the Conservancy’s holdings.

Ironically, it’s a non-native species on the peninsula that has generated the most controversy.

Feral Indian Blue peacocks are native to India and have long been a symbol of prestige and wealth in Europe. In the early 1900s, pioneer Peninsula developer Frank Vanderlip complained to Arcadia developer Elias “Lucky” Baldwin that the Peninsula was too quiet. Baldwin, after whom Baldwin Hills is named, responded to Vanderlip’s complaint with a gift of two dozen peacocks.

Mike Maxcy, owner of Wildlife Services, Inc., traps as many as 150 peacocks each year.  He said the toughest part of his job is dealing with residents — some of whom love the colorful birds (and feed them) and some of whom detest the animals, which leave large droppings, are noisy early in the mornings and sometimes destructive. 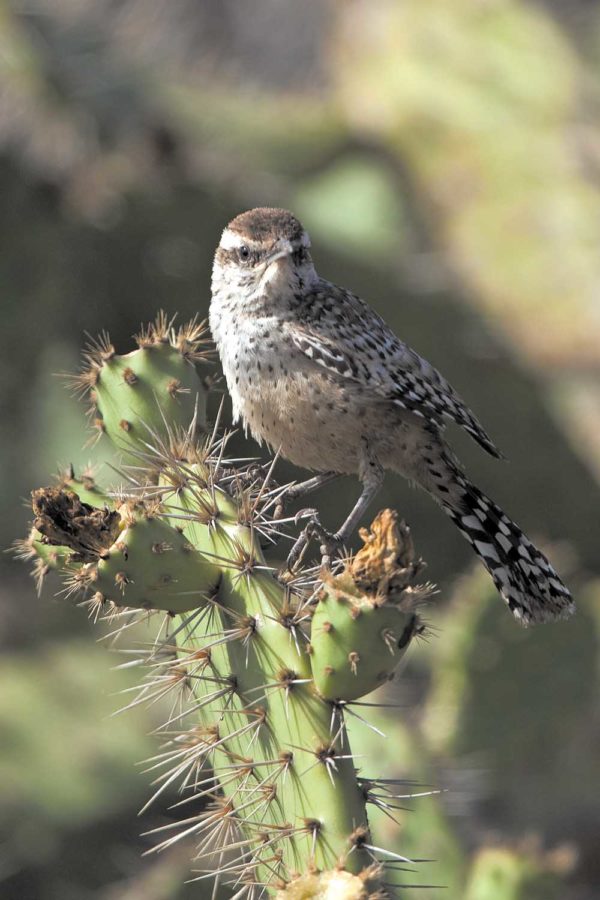 Maxcy is also the curator of the California Condor Breeding Program at the Los Angeles Zoo. He said he relocates the birds to Riverside and San Diego County, where property owners welcome them.

Conventional traps are too small for peacocks.

“I had to create my own,” Maxcy said.

His chain-link traps are 10-foot by 10-food, with a shade cloth, a perch for the birds to roost on and plenty of food and water. The cages can hold as many as eight birds.

While other feral peacock populations exist in other peninsula cities, Maxcy said he is contracted to remove peacocks from five neighborhoods in Rancho Palos Verdes — Vista Grande, Crestridge, Grandview, Sunnyside, and Portuguese Bend. He said the 2019 trapping effort started a few weeks ago and will go on through early next year.

Conservancy land acquisitions have been made possible by donations from residents and bond funds from the Wildlife Conservation Board, the California Coastal Conservancy, the County of Los Angeles and the City of Rancho Palos Verdes. The Conservancy serves as habitat manager and the conservation easement-holder on the parcels.

Mohan said that since its founding, volunteers for the Conservancy have been the key to its success. They logged more than 25,000 hours annually, she said.

“It’s a challenging endeavor to bring back species that are on the brink,” she said.

This fall, Mohan said the Conservancy will be focusing on a 15-acre project at Abalone Cove where some 10,000 native shrubs are scheduled to be planted.

“This is going to be a great project. Abalone Cove is one of the peninsula’s most picturesque sites. We’re going to need all the volunteers we can get,” Mohan said.

Jeff Mitchell is a freelance news journalist. Reach him at j.edward.mitchell@gmail.com.