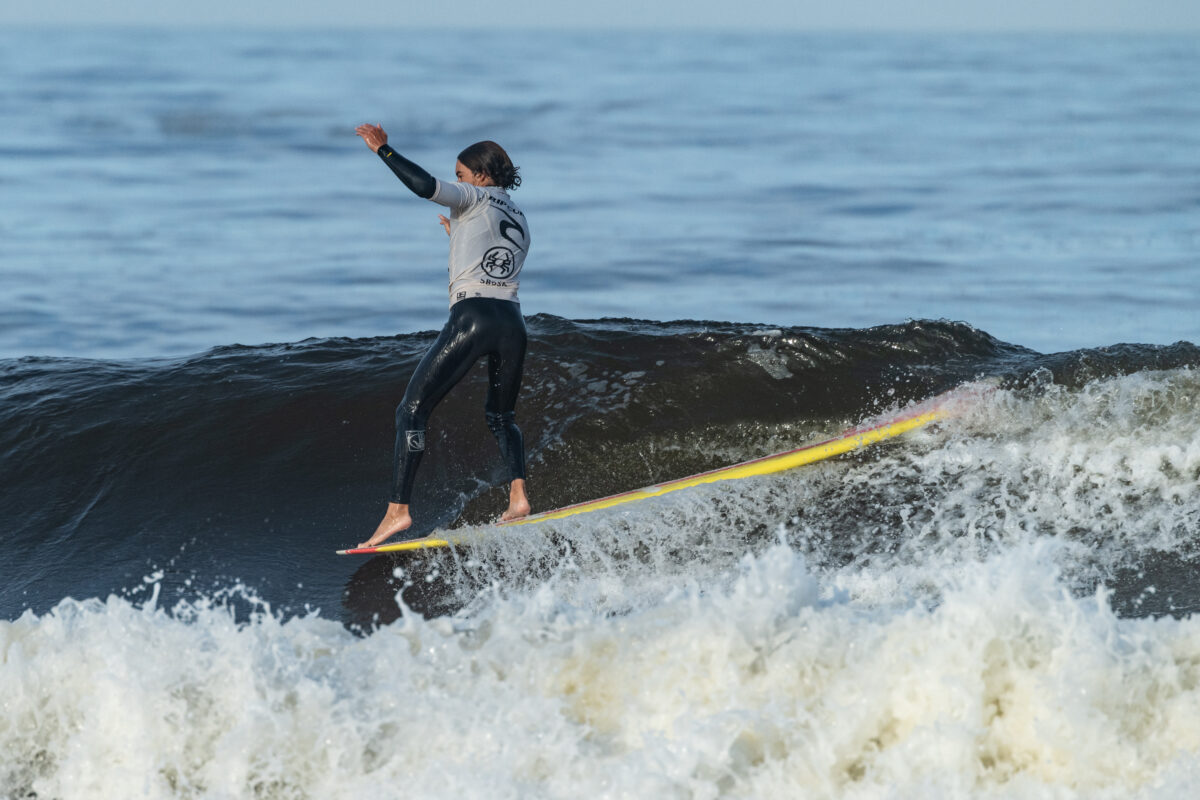 Zach Siegel, of Redondo competes in the SB Scholastic Surfing Association All Star competition at the Hermosa Beach Pier on Tuesday. Photo by Steve Gaffney (SteveGaffney.com)

Miller won the women’s division on the strength of two long rides that enabled her to pull away from Erin Wolfe, of Peninsula, who finished second, and Sierra Pacifici, of Santa Monica, who finished third.