Redondo Union High School and Palos Verdes High were tied for second in the South Bay High School Surf League when they met last Friday at the Hermosa Beach Pier.

“These teams are the most evenly matched in the league,”  League director Dickie O’Reilly said before the meet.

The surf was in the chest to shoulder high range with fair shape and “a few ‘kegs”” head coach Chris Wells noted, referring to the occasional thick tubes.

The boy’s shortboard heats started with competitors going for broke by pulling into the close out shore pound. PV’s Jack Rowan battled with Redondo’s Kyle Beatty the entire heat.

Rowan used his local knowledge to connect the dots on a set right with a solid roundhouse cutback to win the heat. Beatty placed second with a slide off the lip during a backside lip smack. Rowan’s teammate Sean St. Pierre took third by throwing buckets on a cutback.

It’s hard not to mention Rowan without his partner in crime Peter Healey. Both excel in three divisions. Healey took off on the bombs and sliced and diced each wave with a minimum of three hacks. He won the second heat of the boy’s shortboard division. Redondo’s Tate Curran, Mr. Master Pole Vaulter, vaulted off the top to place third. PV’s Briggs Peus, donning full on winter warrior gear, placed second with a bank off the lip on his backside on a set right.

In the girl’s shortboard, PV increased it’s lead to 35 to 25. PV’s Alicia Stephans placed second with a crazy drop on a set wave. She rode all the way from one contest boundary to the other. Her teammate, Paula Knickerhm rode a set left with feminine grace for third. Redondo’s Emma Waldinger won the heat with three solid turns on a left all the way to the beach.

Redondo’s Jack Langdon upset the Healey and Rowan duo in the longboard heat by standing on the nose and slide slipping like legendary surfer Herbie Fletcher. Healey placed second with a high five on the inside. Curran used his man power to gouge a solid cutback for third.

“Pulling in gets the big points,” said Wells before the start of the body board heat. After the heat he said, “This was the best bodyboard heat all season.”

Straight into the water from his last heat, Healey took to the air with an el rollo to place third. Rowan got the best of the exchange, winning the heat with a hard spray to lip flick on a set right. Beatty went for glory in the shorepound tubes to place third. 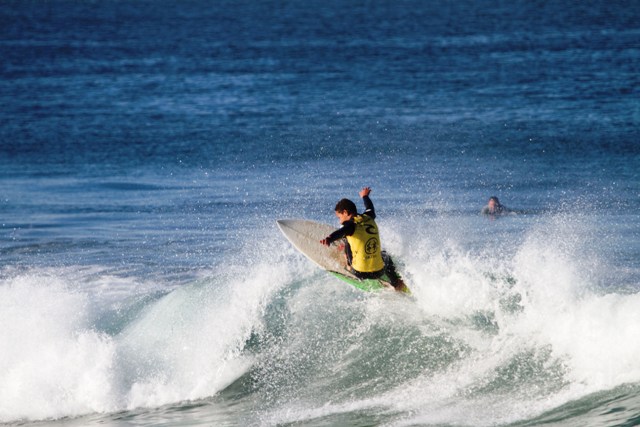 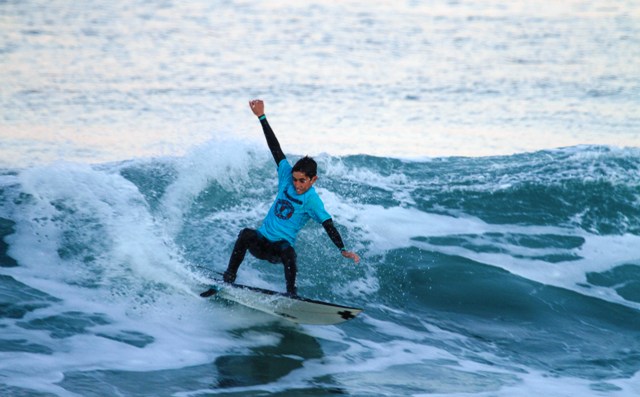 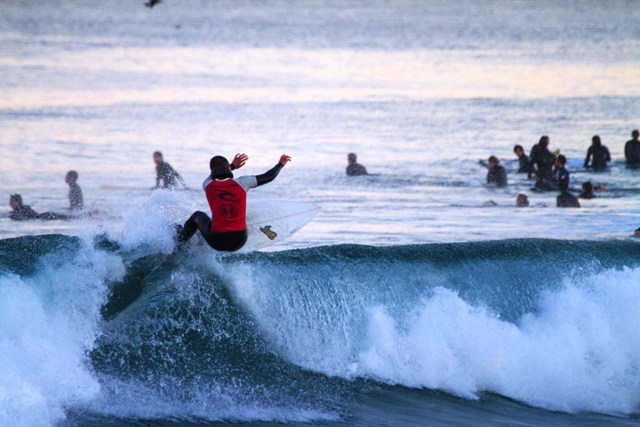 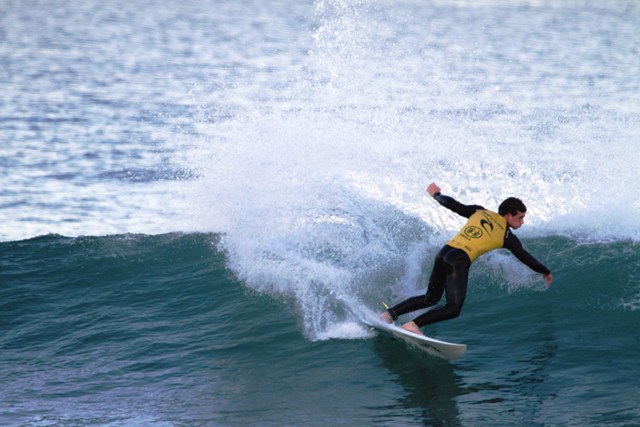 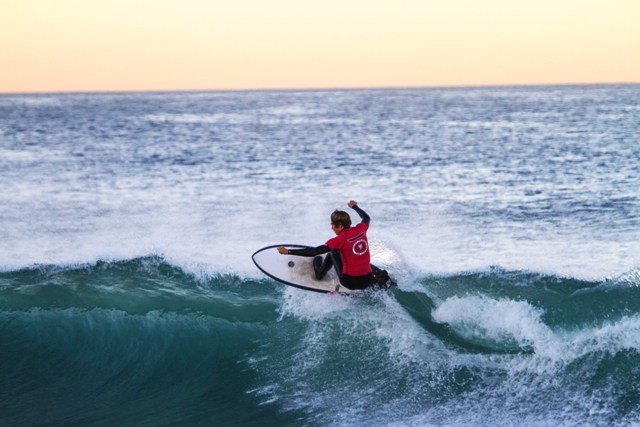 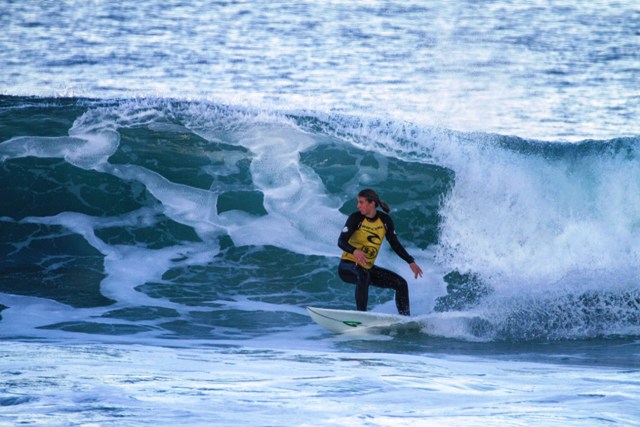 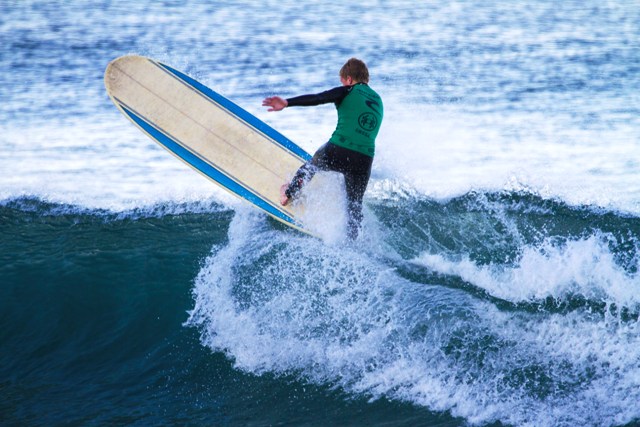 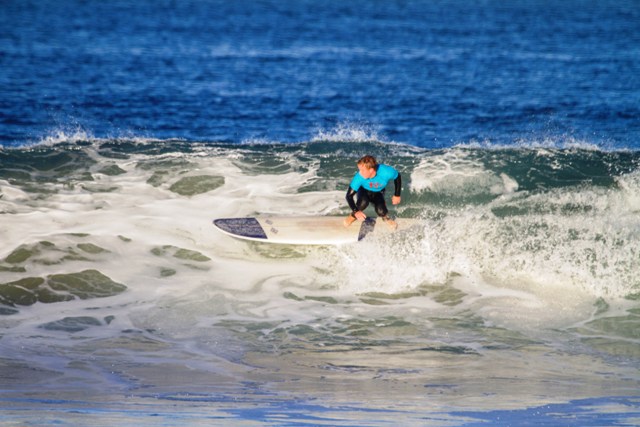 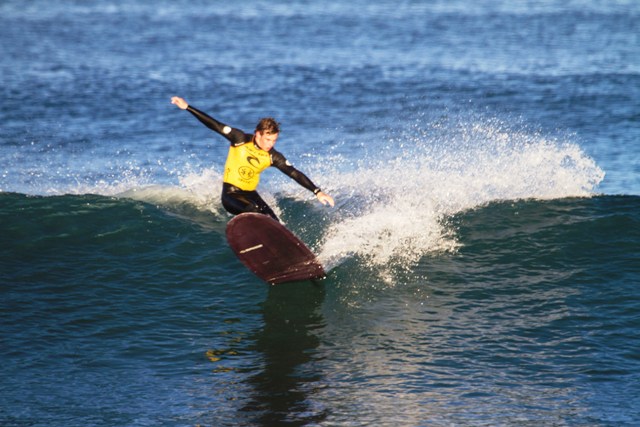 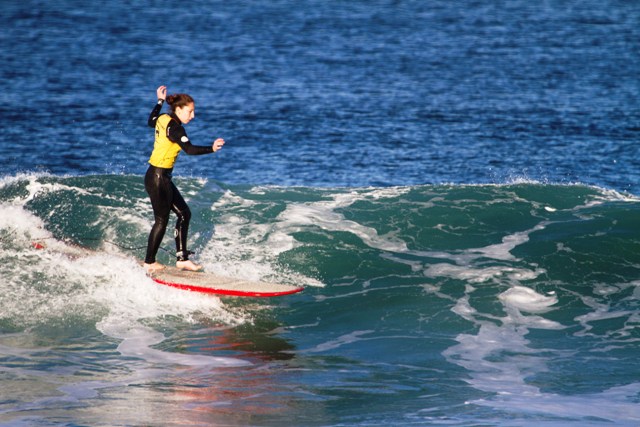 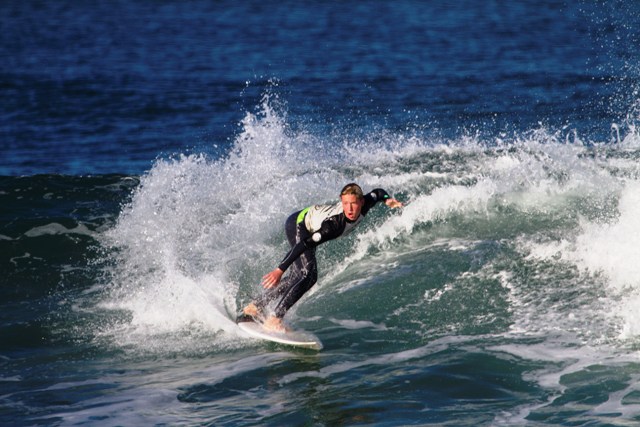 At the start of the girl’s longboard heat, PV was up 55 to 47. With nimble steps to the nose, Redondo’s Paula Harraka placed second. Knickerhm took the gnarliest gas of the contest when her nose decided to pearl on a set wave. She regained her composure to place third. Stephans again stuck to taking off on the big bombs to win the heat.

In the third heat of the boy’s shortboard division, Langdon placed second with a crafty cutback and a huge spray. Teammate Jesse McBridge earned third sharing a set right with Landgon and pulling a solid snap. PV’s Chad Brown massacred the rights to win the heat. With one heat to go, Redondo was down 69 to 74.

In the final heat of the contest,  the boy’s shortboard division, Redondo’s Nathaniel Harris took the initiative in hopes his team could squeak ahead. His roundhouse cutback gave him the win. But he was the only Redondo shortboarder to win a heat. PV’s Sean Griep and Rodney Buck pulled into tubes for second and third place. The final score was  Palos Verdes won 85, Redondo 70. ER