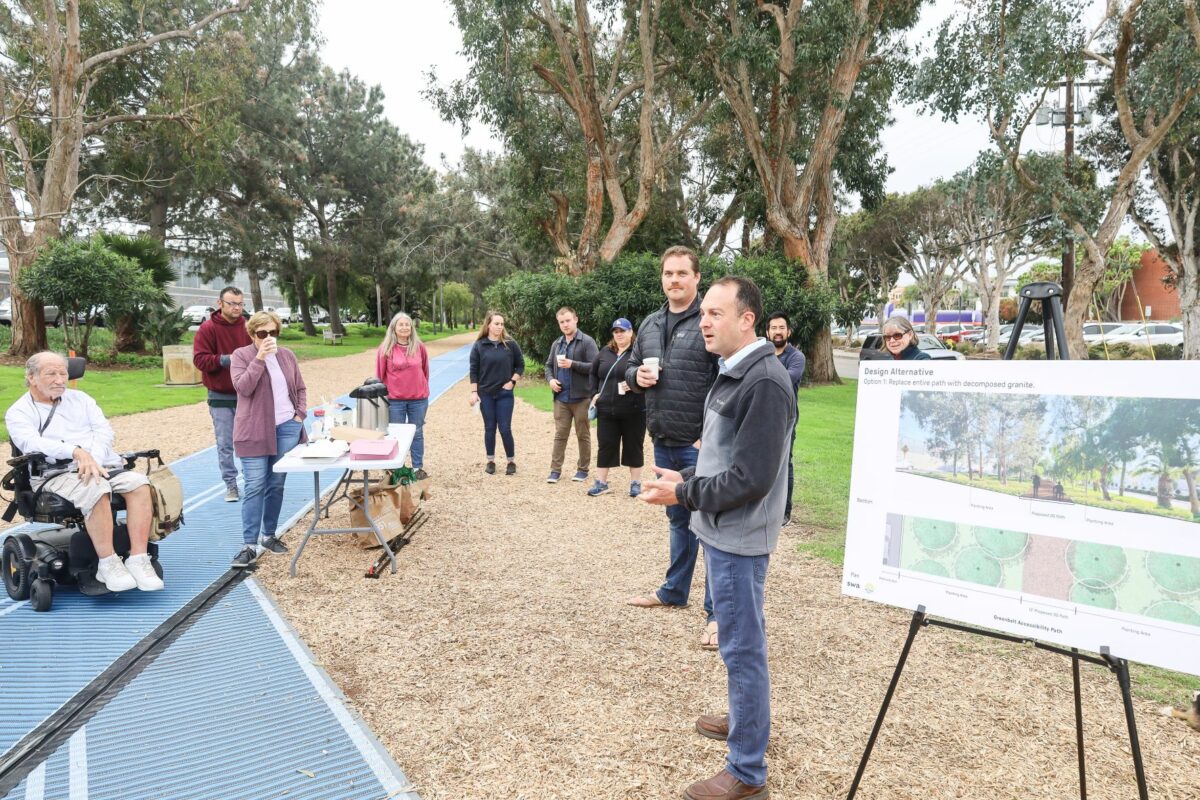 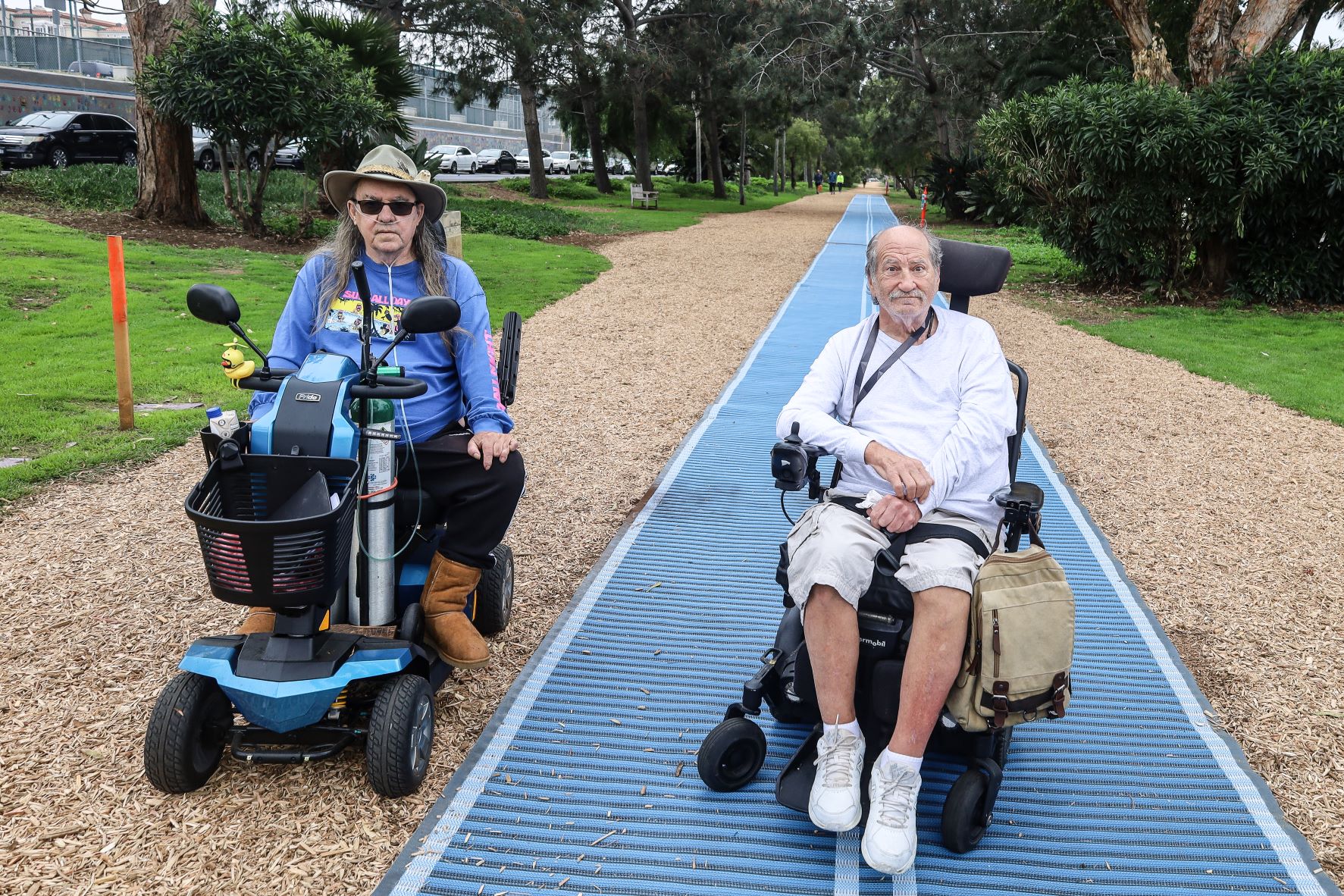 Gary Clark (right) opposes replacing wood chips on the Greenbelt with firmer, decomposed granite. Geoff Hirsh has been advocating for it for five years. Photos by Kevin Cody

A bright blue, Mobi-Mat, used to provide wheelchair access across the beach sand, was laid atop a stretch of the Greenbelt’s wood chip path.

“I’m ecstatic,” said handicap activist Geoff Hirsh, who has been wheelchair bound since suffering a stroke seven years ago. Hirsh led the effort to get Mobi-Mats on Hermosa’s beaches. He  has been advocating a wheelchair-friendly surface on the Greenbelt for five years. He noted that 10 percent of the population will have mobility difficulties prior to their deaths.

“Finally, we have a city council that gets it,” Hirsh said.

Clark made a point of driving his electric wheelchair on the wood chips during Saturday morning’s gathering.

“My wife pushes our grandkids in a stroller, and I ride alongside them on the Greenbelt every weekend,” the longtime Hermosa resident said. 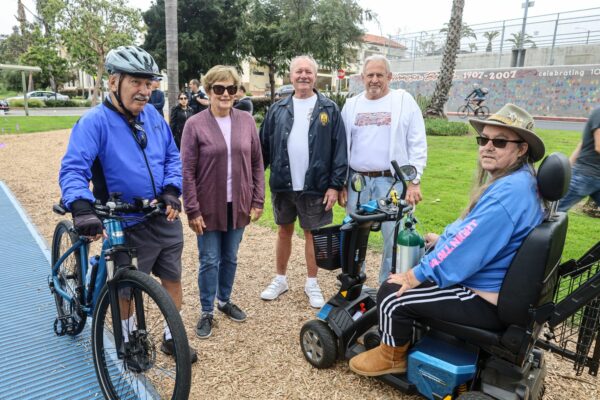 Long time Hermosa Beach residents Jim and Sharron Rosenberger, JR Reviczky, Rick Konig and Gary Clark expressed reservations about hardening the Greenbelt path. Rosenberger and Reviczky were on the city council in 1986, when residents voted to purchase what had been a Santa Fe Railroad track.

Several residents expressed concerns about bicyclists riding on the handicap path, making it unsafe for pedestrians. Opponents also feared the proposed path would be extended the length of the 1.7 mile Greenbelt, which bisects the length of the city from north to south.

Former City Councilman JR Reviczky noted that the city acquired the Greenbelt, in 1986, making it except from the 1990 ADA legislation. He also said the ballot measure that approved the purchase of the right-of-way stipulated that nothing be built on the Greenbelt.

Mayor Detoy pointed out that workout stations, water fountains and the September 11 Memorial have been built on the Greenbelt.

He agreed that the Greenbelt is exempt from ADA legislation, but added, the council has committed to a 30-year, $50 million plan for citywide ADA compliance.

San Clemente stressed the handicap Greenbelt path is a pilot program, and will be reviewed throughout the coming year. ER

by Senior Comedy Afternoons - 8 hours ago