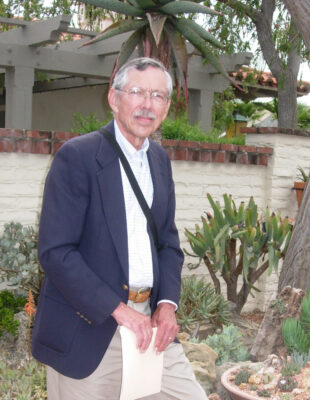 Frances Steiner and Dr. Peter Barrett perform key roles for the cultural gem that is the Chamber Orchestra of the South Bay

When patrons fill the Norris Theater for the Oct. 18 opening performance of the Chamber Orchestra of the South Bay’s 34th season, they’ll know they’re in good hands.

At the baton will be Frances Steiner, the first woman to conduct professional orchestras at the Dorothy Chandler Pavilion in the Los Angeles Music Center, as well as on a number of international stages. While the accomplished musical director leads the orchestra and award winning guest pianist Rufus Choi through a program of Mozart, Chopin and Tchaikovsky, looking on will be Peter Barrett, the orchestra’s board president.

Something new, something old

The five-program season will move from the romantic to the baroque, informed by Steiner’s sensitive interpretations and performed by a fully professional, critically praised orchestra that has won four awards from the National Endowment for the Arts.

Guest musicians, some of them returning from previous seasons, will be:

“Something new, something old, nothing borrowed, nothing blue,” Steiner said.

Steiner’s approach to interpreting composers involves getting out of her head and into theirs, drawing from her scholarship in composition.

“I try to put myself in the skin and mind and thought of the composer I’m interpreting,” she said. “I try to be sensitive to stylistic differences.”

She rarely listens to recordings of pieces she is preparing to work with. She works with the score to determine tempo, phrasing, and which instruments will take primary roles, test-driving the string parts on her cello.

She examines the rhythms of the “overall architecture of the piece,” the points where its force gathers or relaxes.

“Music is really a very abstract language,” she said.

“I listen to new music for programming decisions – a wide variety of music that fits into the broad category of classical,” she said.

As a conductor, Steiner’s career has been one of breaking gender barriers, “cracking the glass curtain, as it were,” and then watching the musical world catch up.

At the first League of American Orchestras meeting she attended, there were just four women who were “conducting any type of orchestra.”

“How to put it politely,” she said, “I was an exception, let’s put it that way.”

Over a long stretch of time she saw that change and now women can be seen conducting large regional orchestras. Along the way, Steiner had a pleasant surprise when she turned on the TV set to watch the venerable Vienna Philharmonic and saw that they were no longer all male – as of the late 1990s.

“They finally had women,” she said. “They were one of the last holdouts.”

Steiner said having been a principal cellist gave her credibility as a leader and she found herself winning the respect and cooperation necessary to conduct.

In addition she had worked with conductors such as Leopold Stokowski, Carmen Dragon, Daniel Lewis and Neville Marriner, and studied under Leonard Bernstein.

In Venezuela, she found herself before an orchestra with a reputation for unruliness and 14 spoken languages among the players. She learned enough Spanish to communicate, impressed the players by bringing in classical interpretations of Scott Joplin rags, and won over the orchestra with well-timed coffee breaks.

“A certain amount of it is psychological,” she said.

“As a conductor, they say the first rehearsal is your first performance,” Steiner said.

Previously, a Russian woman conductor had tried to “out tough” the same orchestra, which responded in rehearsal by playing a different piece than the one she was trying to conduct.

“That was a mean trick. But when all is said and done, the players have got you,” Steiner said. “You’ve got to win them over.”

Steiner has been praised by the Los Angeles Times for providing “wonderfully vital and crisply executed performances.”

Steiner came to conducting after a career as a cello virtuoso. She won a cello scholarship to the Curtis Institute of Music at the age of 8, making her the youngest cellist ever to be admitted to the school.

At age 13 she appeared as soloist with the Philadelphia Orchestra.

Her father played cello, her mother and a sister played violin. Steiner chose her instrument at about 4 years of age when she crawled under a piano to get her little hands on a cello.

“It was the toy I wanted. It was a natural choice. I love the sound of the cello. It’s me, it’s my voice. I had tried the violin, it wasn’t me,” she said.

“I had played piano since I was about 3,” she said. “That’s what you do in a musical family. We ate, we washed our hands, we played a musical instrument.”

Steiner fell into conducting the same way, when she satisfied an academic requirement by taking a conducting course.

“I loved it. It was like putting a little duck in the water.”

Steiner has lived in Rancho Palos Verdes since 1970, on the east slope overlooking the harbor.

“I often say I’m a happier person since I live here,” she said.

Her husband is a retired attorney, her daughter is an attorney with a conductor for a father-in-law, and her granddaughter is a 3-year-old who “has already expressed an interest in violin.”

Steiner said Barrett, a music lover who played tuba in the UCLA marching band, “is a wonderful supporter of the chamber orchestra who has taken on a tremendous responsibility, and gathered fine people around him” to help keep the orchestra running.

Steiner said Barrett was in the process of putting together a board for the post-Miller era when “we drafted him as president.”

“One thing led to another and I ended up being president,” Barrett concurred.

Barrett was a good choice for the top board post in part because he’s run other organizations in the past. He and the rest of the board raise money, keep organizational policies up to date, stay ahead of the myriad projects that fall under the category of development, keep books and file tax information as a nonprofit entity and perform tasks such as housing visiting musicians and arranging receptions for donors and subscribers.

“I’ve had a lifelong interest in music,” he said.

“As a young boy I was interested in science. Every Saturday morning I listened to a radio show sponsored by USC, ‘The Science Editor’ or something of that sort, a half-hour show. The program right after it was a program of Gilbert and Sullivan operettas. I got hooked on classical music.”

Barrett likes Elvis, Rosanne Cash, the Beatles and Benny Goodman, but those bands, musicians and styles can’t supplant classical music in his heart.

“It’s mostly classical. I think that’s the most interesting music, the most soothing when we need quiet times. There’s something there for everyone.” 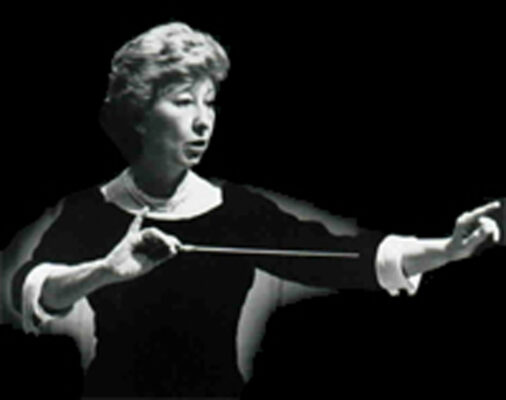 Barrett has attended the chamber orchestra for decades.

“The chamber does not have a monopoly on fine music, there is also great music downtown [in L.A.],” he said.

“You can drive on the freeway for an hour, an hour and-a-half, fight the traffic, try to get a parking place, walk in, see a great performance, then drive an hour again, and get home exhausted,” Barrett said.

“But you’re also 15 minutes away, from the South Bay or PV, from first-class, international level music, and the parking is free.”

Most season subscribers live on the hill or in the South Bay, but some are farther flung.

Barrett pointed out that the orchestra is made up of career musicians and attracts internationally renowned guest musicians.

“The Chamber Orchestra, I believe, is the cultural jewel of the South Bay,” he said.

Each season has been sold out through subscriptions for the last decade or so. But Barrett said tickets become available on a performance-by-performance basis, when subscribers cannot come, and donate their tickets for resale.

Asked if one of this season’s upcoming programs holds a special attraction for him, Barrett laughed.

As might be expected, Barrett loves the sound and feel of a chamber orchestra, warmer and smaller than that of a symphony orchestra.

“Size is part of it by definition. Chamber music was literally played in rooms of a large house, not in large symphony halls. It’s 25 or 30 musicians, a more intimate experience, playing music written for small groups,” he said.

“At the Disney Hall you can hear great music. I don’t know how many hundreds of yards from the stage you are, up high in the seats I can afford, but at the Norris Theater you’re right there.

“We are one of only four chamber orchestras in the Los Angeles basin,” he said.

“One of the four plays at Royce Hall [at UCLA]. It’s larger – it’s very good, but it’s a different kind of experience. We offer music that’s just as good.”

Hands on the rudder

Barrett helps keep the orchestra operating from the helm of an all-volunteer, 16-member board.

“We make it work, but it takes hard work,” he said.

“Next month we’ll have a workshop involving all of our board members to talk about development – that’s a broad term that can be everything from whether we should try to make a profit by selling cookies, or getting people to think about advanced planning, estate planning, or our grant program,” Barrett said.

“The most important theme in an organization like this is to create something that a big portion of the overall population enjoys, which is fine music, how we create this and enjoy it together.”

Donors are necessary to keep the operation afloat.

“We have very generous subscribers who pay for tickets and also donate substantial amounts,” Barrett said.

“Without donations, we would not be able to sustain ourselves. We would not have a chamber orchestra.”

Barrett, a professor of medicine at UCLA, is semi-retired and continues to see patients in a geriatric clinic at Harbor-UCLA.

He lives in Rancho Palos Verdes, and has grownup children in Denver and Washington D.C.

Barrett still gets to pick up his tuba and marches in formation once a year, when UCLA invites marching band alumni to play a football halftime show.

For box office information, and more on the upcoming season, see PalosVerdes.com/ChamberOrchestra.