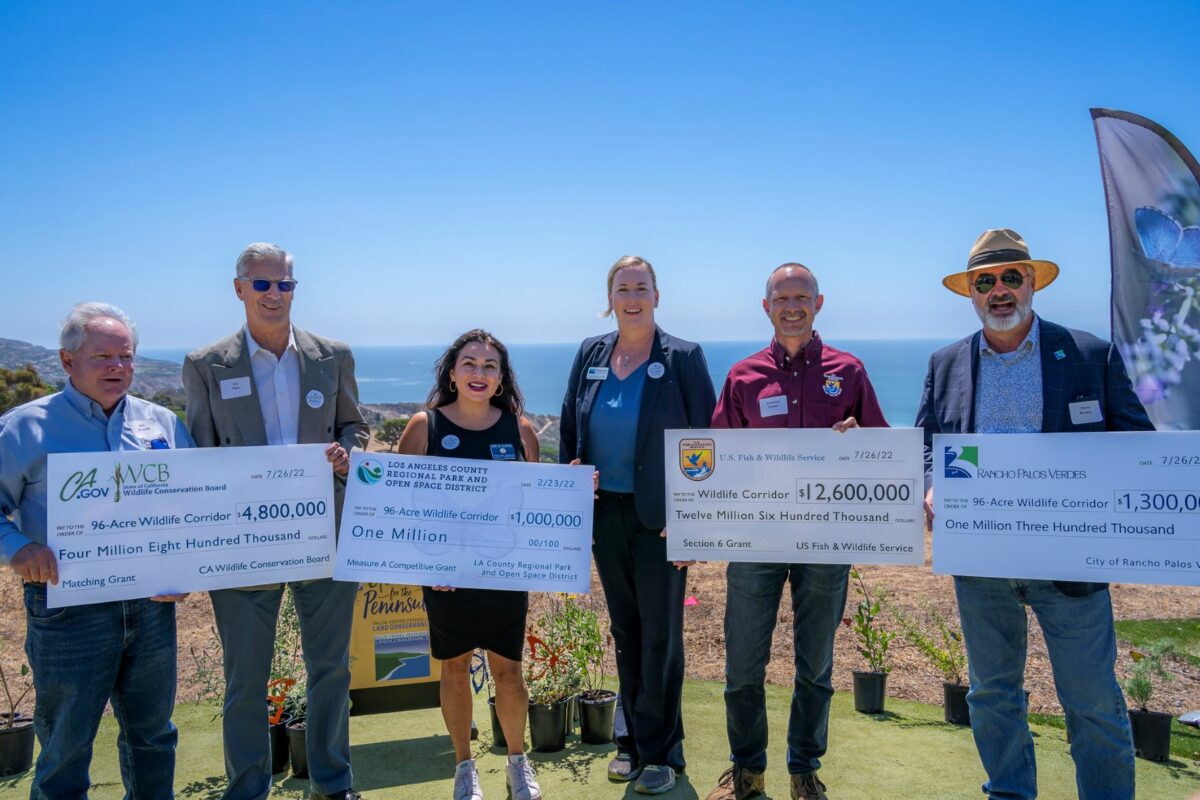 On the bluff overlooking Abalone Cove, federal, state, and local leaders last month announced the creation of a 96-acre wildlife corridor in Rancho Palos Verdes, which expands the size of the Palos Verdes Nature Preserve to 1,500 acres.

“No longer will this land suffer the threat of bulldozers and development,” Palos Verdes Land Conservancy Executive Director Adrienne Mohan said at the August 26 gathering.

The newly preserved land is home to the endangered Palos Verdes blue butterfly, and coastal California gnatcatcher, as well as cactus wrens, raptors, and owls. The acquisition was made possible by a $30 million fundraising initiative launched by the Conservancy to create a vast  wildlife corridor and restore native habitats.

“It’s a miracle. It really is,” Rancho Palos Verdes Mayor Pro Tem Barbara Ferraro said. “It’s not often you can get all those government agencies to work together.”

Last year, the U.S. Fish and Wildlife Service awarded the Conservancy a $12.6-million grant, the largest in the nation for a land acquisition project.

“These grants were very competitive,” Mohan said. “This was definitely an alignment of the stars.”

The state Wildlife Conservation Board and Department of Fish and Wildlife contributed an additional $4.8 million. California Assemblymember Al Muratsuchi said in a statement that the project is helping the state achieve its “30×30 Initiative” which seeks to conserve 30 percent of the state’s land and water by 2030.

In addition to the state grants, Rancho Palos Verdes and the Conservancy each allocated $1.3 million to the project. The County Regional Park and Open Space District donated an additional $1 million. 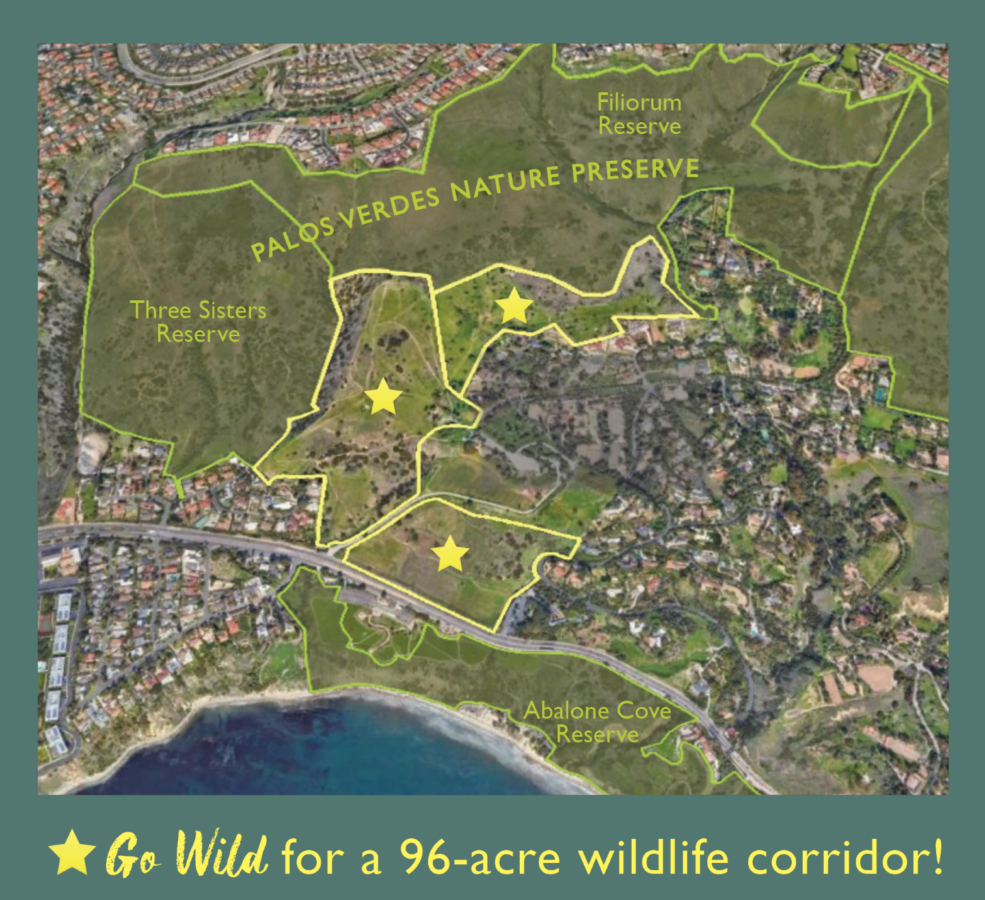 The 96 acres were purchased from Jim York, whose company, York Point View Properties, had planned to build 34 homes on 30 acres of the property. York said he spent millions of dollars for engineering, geology, and planning surveys. Even though a home builder offered him “substantially more” for the property, he decided to sell to the city and the Conservancy because “it was good for everybody.”

“I wanted to do something good for society and the community,” York said. “The Conservancy has been a good steward of the land.”

York is keeping 25 acres of the property, which he farms. His Catalina View Gardens includes a 5-acre vineyard, 700 organic Hass avocado trees, 120 organic citrus trees, an orchard, and an event area.

“It’s a gift to the community,” Mohan said. “Jim could have pursued development, but he chose conservation.”

The City of Rancho Palos Verdes will own the new parcel. The Conservancy, which holds the conservation easement protecting the land in perpetuity, will act as habitat manager.

“There will always be threats to open space, whether it’s human development, human impacts, recreation, or climate change,” Mohan said. “It requires an organization, rooted in the community, to keep a watch over those properties.”

For the past 35 years, Rancho Palos Verdes has pursued an aggressive conservation plan to preserve open space.

“What other city our size has 1,500 acres of land that will never be built on?” Mayor David Bradley said. “This is a dream fulfilled for the founders of Rancho Palos Verdes and residents throughout the Peninsula.”

Mohan said the new land will require tender loving care to restore to its original state.

The “Go Wild for the Peninsula” campaign is turning to private donors to reach their $30 million fundraising goal. Mohan said the non-profit has received significant pledges from Peninsula residents.

“We invite community members and businesses to Go Wild for the Peninsula and help us restore the natural environment of this iconic coastline,” Conservancy Board President Rob Kautz said. More information can be found at GoWildPV.org. Pen