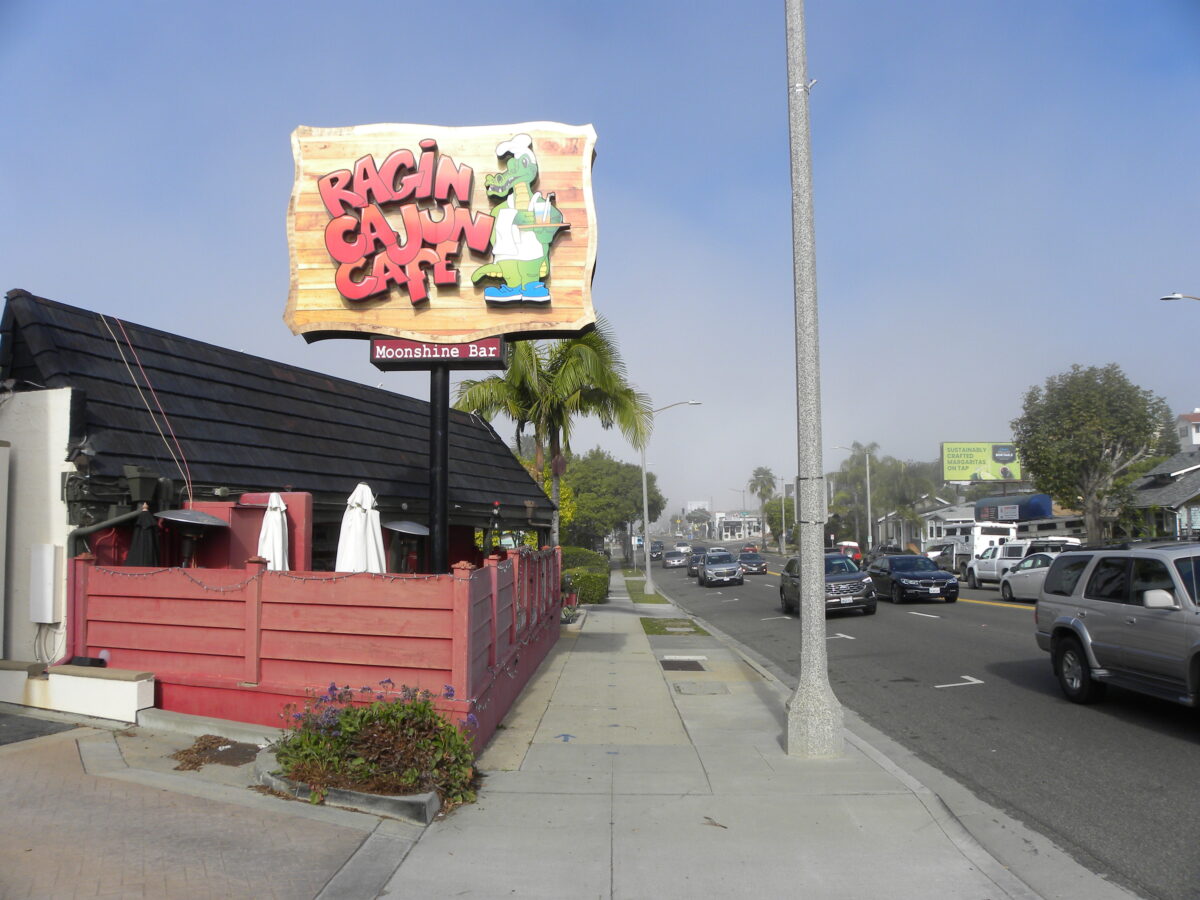 Cars go by on the busy Pacific Coast Highway about 15 feet away from where a Ragin' Cajun employee rolled off a moving car hood.

A manager of Ragin’ Cajun escaped with minor injuries after being carried on the hood of a car about 30 feet by a couple who ran out on a bill without paying Monday afternoon.

The male manager, who asked not to be identified, served the couple in the restaurant’s outdoor dining area.

When he noticed they left without paying, he walked up to their car in the parking lot as they got in, and stood in front of it.

“They had a conversation,” said Lisa Hodges, who owns the restaurant with her husband Steve. “(The couple) had plenty of time to wait until he moved, get out of the car or anything else.”

Hodges said the couple told the manager they would pay if he stepped around to their window.

The driver then stepped on the gas, and the manager fell onto the hood.

“This all could have been so much worse,” Hodges said. “Thankfully, he rolled off the car when he did, before being carried onto PCH.”

The incident was captured by security cameras. In addition, a customer had taken a picture of the couple in the restaurant, showing their faces, as did an indoor security camera.

The car was a late ‘80s or early red or maroon four-door Chrysler. It drove away south on Pacific Coast Highway.

The couple skipped out on their $90 bill after asking for to-go boxes. The manager who went after them was their server.

“(The manager) even talked them out of ordering too much,” Hodges said.