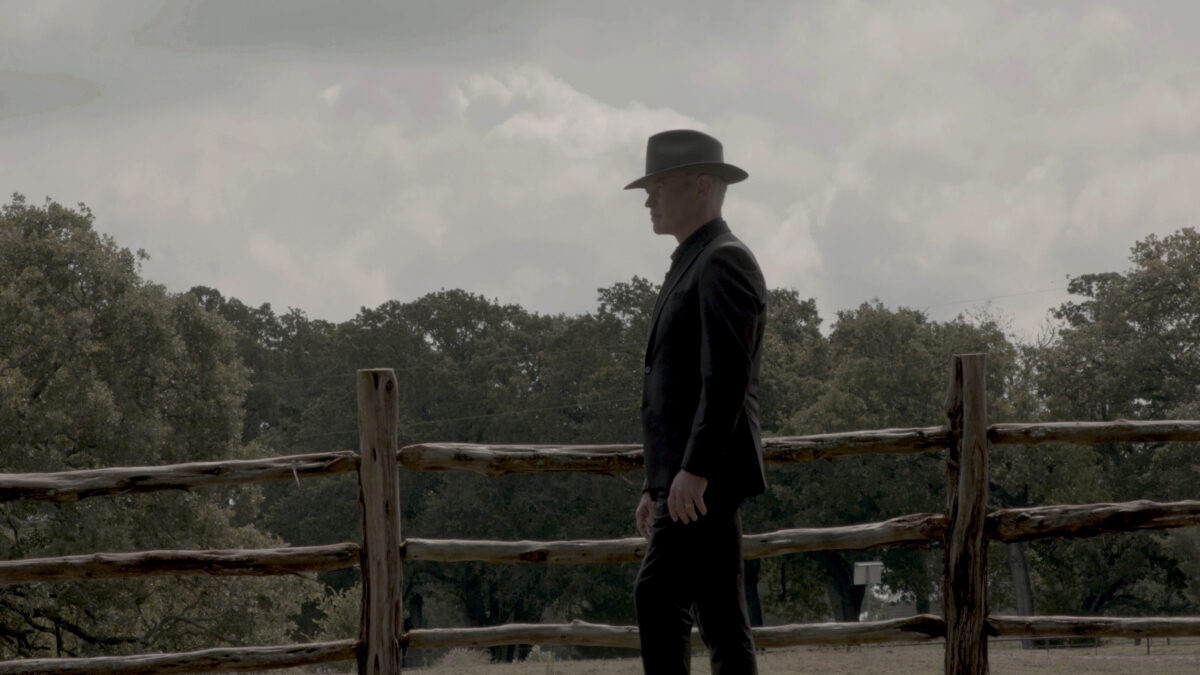 Written and directed by Derek Presley, whose name will not be kept secret because he’s not innocent, “Red Stone” is the kind of film that relies on two name actors to carry across a cliched premise.

Motley Adams, a perennial teen screw-up, witnesses the murder of his older brother, a minor criminal in possession of a ruby from his last heist. Big bad boss Jed wants two things and in this order: the ruby and then Danny’s death. Because Jed’s henchmen have itchy trigger fingers instead of brains, they kill Danny first, unaware that Motley is hiding in the back seat, and don’t find the gem. Realizing there’s a witness, who may or may not know the whereabouts of said ruby, Jed hires his go-to hitman Boon to find the kid, the stone, and finish the job.

Boon is having a difficult time of it right now and has to be pressured into taking the job. Personal issues of grief override his desire to do away with a kid. He is the most reluctant of hitmen and Motley has thus far successfully eluded the morons on his trail, no mean feat because Motley is not exactly at the top of the intellectual food chain.

This repetitive plot, and believe me when I said “and so on and so on,” is hurt enormously (if that’s even imaginable) by a low rent cast. Neal McDonough, an actor whose work I usually admire, sleepwalks through this film. He looks like he’s stepped on something untoward as he tries to portray grief, although he’s more effectively deadpan when dispatching his rivals. The family man persona given to Michael Cudlitz as Jed is slightly more effective because it gives him a modicum of character, emphasis on the modicum. The less said about everyone else in the film, including the hapless Dash Melrose as Motley Adams (who on earth came up with that name?), the better. There probably won’t be enough viewers to have a negative impact on anyone’s career.

Opening December 3 at the Laemmle Newhall and VOD.