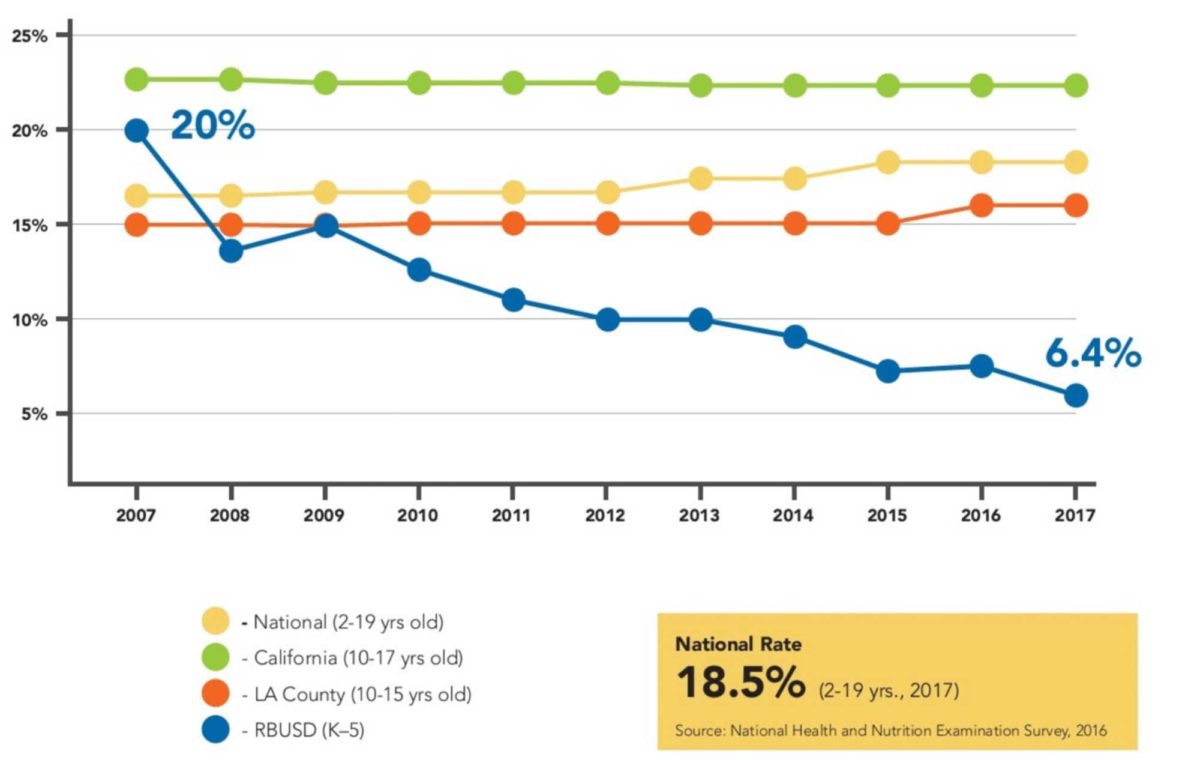 “I think the biggest takeaway from our data is that we’re a physically healthy community…but we’re going to cruise a little on that,” said Kerianne Lawson, BCHD’s Chief Programs Officer. “We’re not doing away with nutrition and exercise programs, but we’re starting to pivot our attention and interventions to substance use and social-emotional health, because that’s where our community is faring worse than LA County in particular.”

According to BCHD’s latest Community Health Report (which continues the legacy of the district’s Community Health Snapshot reports), the three Beach Cities reflect high rates of stress, bullying and substance use across all age groups.

“We were surprised by the reports about stress. I think that we’re acculturated to stress — that we’re supposed to feel stressed, and what the difference is between that and healthy stress,” Lawson said. “That’s not the way it’s supposed to be, all freaked-out and stressed-out when you’re 40…so how do we have conversations around that?”

Adult suicide rates, the report notes, are higher than the county average, while suicidal ideation and rates of missing school due to anxiety, stress or anger are high for Beach Cities 11th graders.

The report also states that, as adult smoking decreases, use of e-cigarettes and vapes are increasing among Beach Cities youth. Youth substance use, including alcohol, cannabis and vaping, doubles between 9th and 11th grades. Among adults, one-fifth of Beach Cities adults have more than seven alcoholic drinks in a week, while almost 30 percent use cannabis.

Those statistics, Lawson notes, have a near-direct tie to cognitive health, another BCHD priority.

“I would say that it’s cumulative. Your brain is developing and changing across the lifespan. If we don’t teach our kids how to take good care of our brains, we won’t, as adults, have healthy behaviors to protect our brains,” Lawson said. “If you start when you’re 60 it’s too late — we want to have a community conversation about healthy bodies, healthy brains and that includes physical activity and a plant-slant diet.”

The Health District plans to continue its existing programs focusing on mindfulness and well-being among the Beach Cities’ school-age children, but it will expand priorities for working-age adults focusing on mental health and happiness.

“We’ll be looking at organizations, offering a toolkit on ways we can talk with adults about mindfulness and physical activity as well as some of those touchy-feely subjects around purpose and making connections,” Lawson said. “We’re really trying to talk with our adults about how to be kind to each other and have robust debates in policy environments that are respectful and empathetic, as opposed to angry and stressful.”

The report also details BCHD’s successes in the past three years. Since 2016, childhood obesity has dropped by 11 percent, as have adult reports that they are above a normal weight. The childhood obesity numbers could, in some part, be tied to the expansion of the district’s LiveWell Kids program, which includes the development of school gardens across Redondo and Hermosa Beach schools. Redondo Beach reports that kindergarten through fifth-grade obesity rates is at 6.4 percent, far below state, county, and national averages.

The district also touts its five community mindfulness workshops, expanded membership in it’s Center for Health and Fitness gym and policy platforms that have supported anti-smoking laws in Hermosa Beach. Establishment of dementia-related workshops and lectures, including the Healthy Minds Initiative, which will study the effects of lifestyle changes on cognitive health among older adults.

“One of the things the community will notice is that our health priorities are a bit more broad than they have been in years past…the idea around having broader priorities is to really assist the district in giving priorities, making a switch and pivoting objectives,” Lawson said.