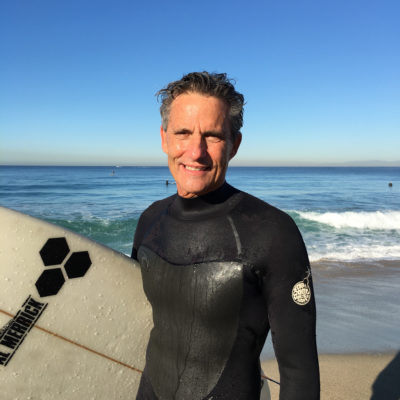 Redondo Beach Mayor Bill Brand has been diagnosed with lung cancer, he announced via social media on Friday afternoon. The diagnosis marks Brand’s third fight against  cancer. However, he says his doctors believe he can manage the disease and fulfill his duties as Mayor during treatment.

According to a post on his Facebook page, two weeks ago, on a flight to the North American Mayor’s Summit in Cabo San Lucas  he suffered a seizure .

“When I woke up, I had a new seat mate who had an oxygen tank in her hand and told me I had been out for about 30 minutes,” Brand wrote.

He was transported to a local hospital after the flight and kept overnight for observation before attending the conference. Upon returning to the South Bay on June 11, Brand went to his regular physician and then underwent tests at Torrance’s Little Company of Mary Hospital.

“After days of tests…I have been diagnosed with lung cancer that spread to my brain and caused the above seizure,” Brand wrote.

He continued, writing that his doctors are confident he will be able to continue his work as Redondo’s mayor.

“I want to be as transparent with the public as possible, and if ever I feel that I can’t fully fulfill my mayoral duties, I will be stepping down,” Brand said. “For now, I’m just a future cancer survivor doing what he’s told by the people who deal with these challenges everyday.”

Brand has beaten cancer twice before: testicular cancer 25 years ago, and skin cancer 20 years ago.

“And I will do it again,” Brand wrote. “Both were just bumps in the road of life because of the great care I received and the loving support of close family and friends.”

Brand closed the post by stating that he will be in attendance for Tuesday’s Redondo Beach City Council meeting, which is expected to be the final hearing regarding the 2019-’20 budget.