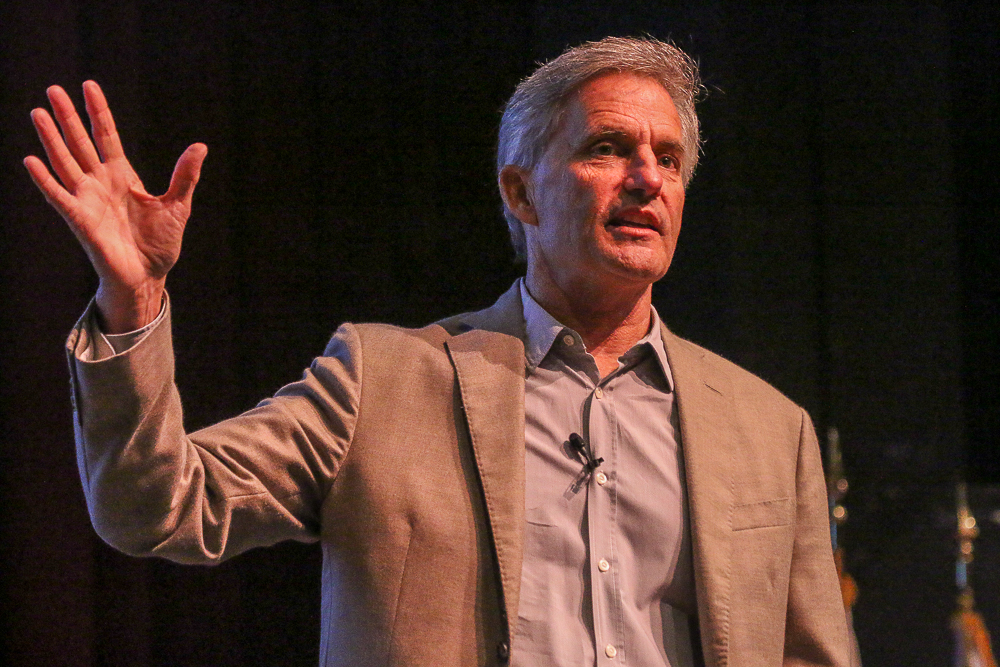 Following Redondo Beach Mayor Bill Brand’s State of the City talk Monday night, a resident asked what could be done about traffic on residential streets in North Redondo.

Despite eight years on the council and two years as mayor, Brand continues to advocate like a political outsider.

For the first time in recent memory, a “Year-End Update” was presented to close out 2019 — which may, perhaps, be a lead-in to a State of the City address in 2020. Those addresses have traditionally been given at Chamber of Commerce-sponsored, ticketed hotel breakfasts. When Brand became mayor he announced he would also give addresses in the evening at the Redondo Beach Performing Arts Center, a time and location he saw as more convenient for residents, and at no charge. 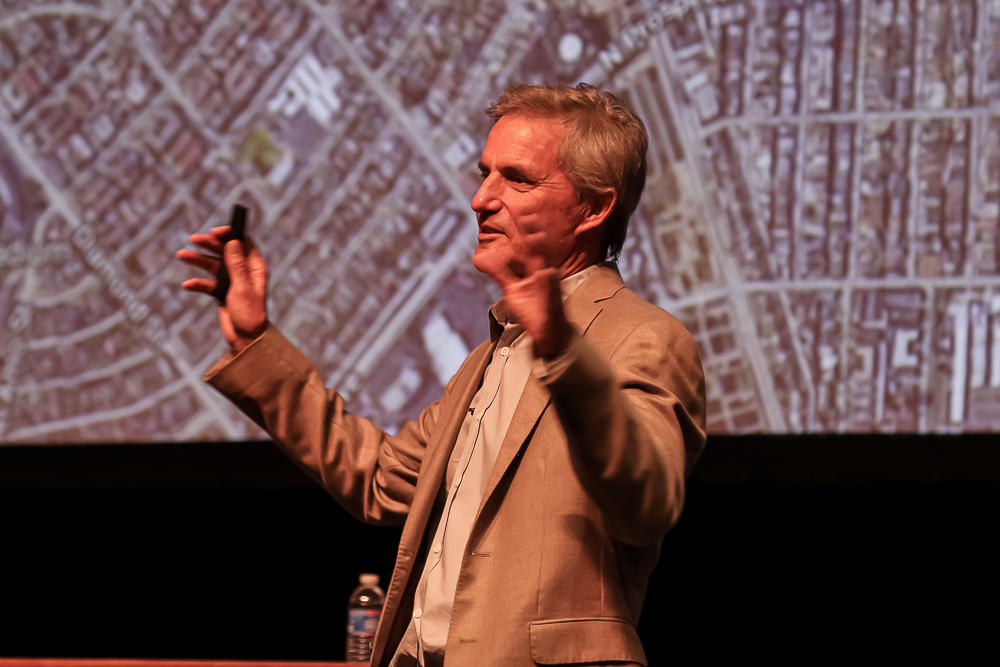 He began this address by noting he supported a lawsuit against the City of Redondo Beach in 2009, the year he took office as the District 2 councilman. The suit led to an alphabet soup of ballot measures and attending lawsuits throughout the following decade — Measure G in 2010, Measure A in 2013, Measure B in 2015 and Measure C in 2017. All were initiated by citizen activists and related to development of the waterfront and the AES property.

Brand’s vision of harbor-focused waterfront redevelopment and restoration of the wetlands on the AES power plant property appeared quixotic when he made it the foundation of his political career. Today, Redondo’s erstwhile development partner CenterCal’s (Brand-opposed) waterfront redevelopment plan is stalled in litigation and AES is in escrow with a developer who promises to sell half of its 50 acres to the city for a park.

Brand said he has cobbled together the promise of funds from the State Coastal Conservancy, the State Wildlife Conservancy and Los Angeles County to help fund acquisition of the AES park acreage once the power plant ceases operations. The tentative county agreement would also help Redondo acquire the Southern California Edison transmission line property that runs from the power plant up 190th Street to Torrance.

Financially, Brand said, the city is struggling with a $1.3 million deficit, up from a $300,000 deficit in the last fiscal year. He attributed most of the deficit to an increase in CalPers obligations (California Public Employees’ Retirement System), whose cost to the city will increase by $1 million a year over the next five years.

Over 50 Los Angeles County cities have increased their sales taxes in recent years, but Redondo’s council recently voted against putting a sales increase on the ballot. The council also voted against authorizing a study on contracting with Los Angeles County for department services, even after the Redondo Fire Fighters Association offered to pay for the $23,000 study.

“Make of that what you will,” Brand quipped. 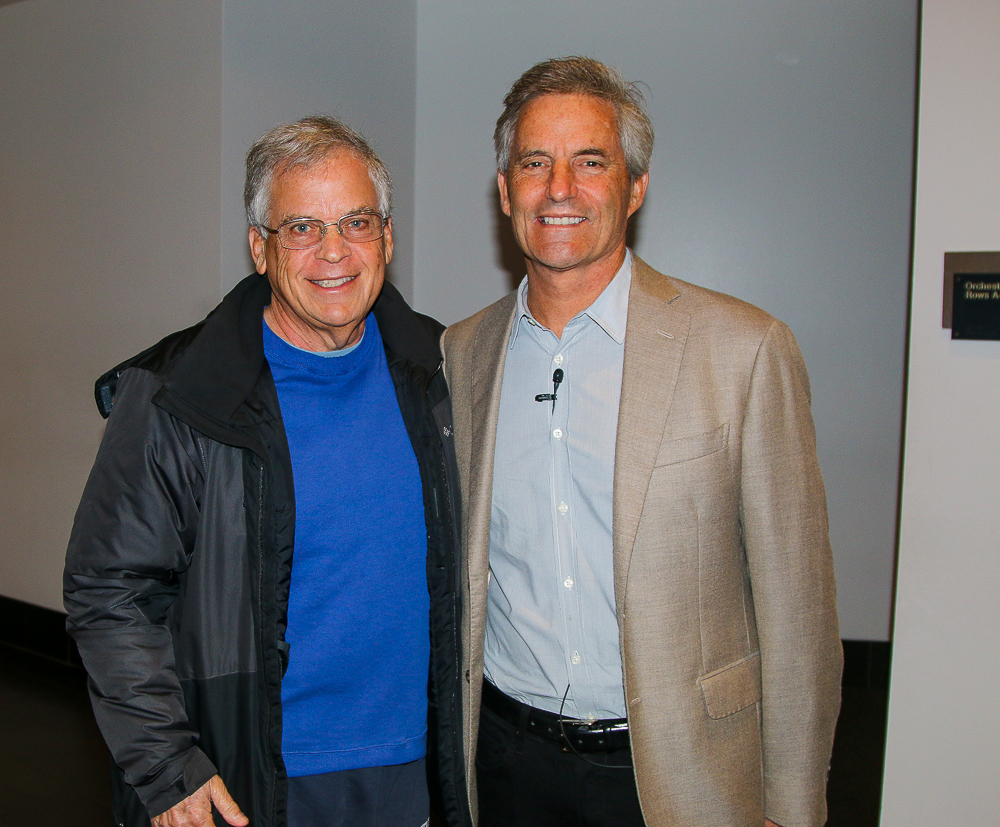 On a positive note, Brand pointed to the successes of the WOWSA (World Open Water Swimming Association) 10 K Swim last October and the BeachLife music festival last May. The purpose of the swim was to establish Redondo Beach as a venue for the 2028 Los Angeles Olympics Open Ocean Swim, currently scheduled for Long Beach Harbor.

“You’d think one look inside Long Beach Harbor would tell you that’s no place for an Olympic swim. But that’s not the way it works. The location decision is very political and there are security concerns and there are a lot of powerful organizations, like NBC. But I’m optimistic we’ll get it,” he said.

Following the Redondo swim, Redondo received the endorsement of the male and female winners, Jordan Wilimovsky and Haley Anderson, who will represent the U.S. this year at the Olympics in Japan.

Brand said when Saint Rocke owner Allen Sandord approached him about a music concert in Seaside Lagoon, headlined by Willie Nelson, Bob Weir and Brian Wilson, his response was, “What do you need me to do to get out of your way?”

The three day concert proved popular with fans and pumped over $5 million into the local economy. BeachLife will return next summer, and again in the fall.

“They’re announcing the lineup on Jan. 12. I’m not supposed to say anything, but Steve Miller might be there,” Brand said, the second time he’s suggested Miller may appear on a BeachLife bill.

Brand ended his address with an update on his health. Last year he had a seizure on a flight to Mexico. Doctors subsequently found cancerous tumors in his brain, back and one of his lungs.

He showed scans of his brain tumor before and after recent treatment. The treatment had reduced the tumor by 80 percent.

“I feel fine. My political opponents may not want to hear it, but I’m going to be around for a long time,” he said.

Then he thanked supporters for the many encouraging notes he has received, and expressed particular thanks for the notes from his many political opponents. ER