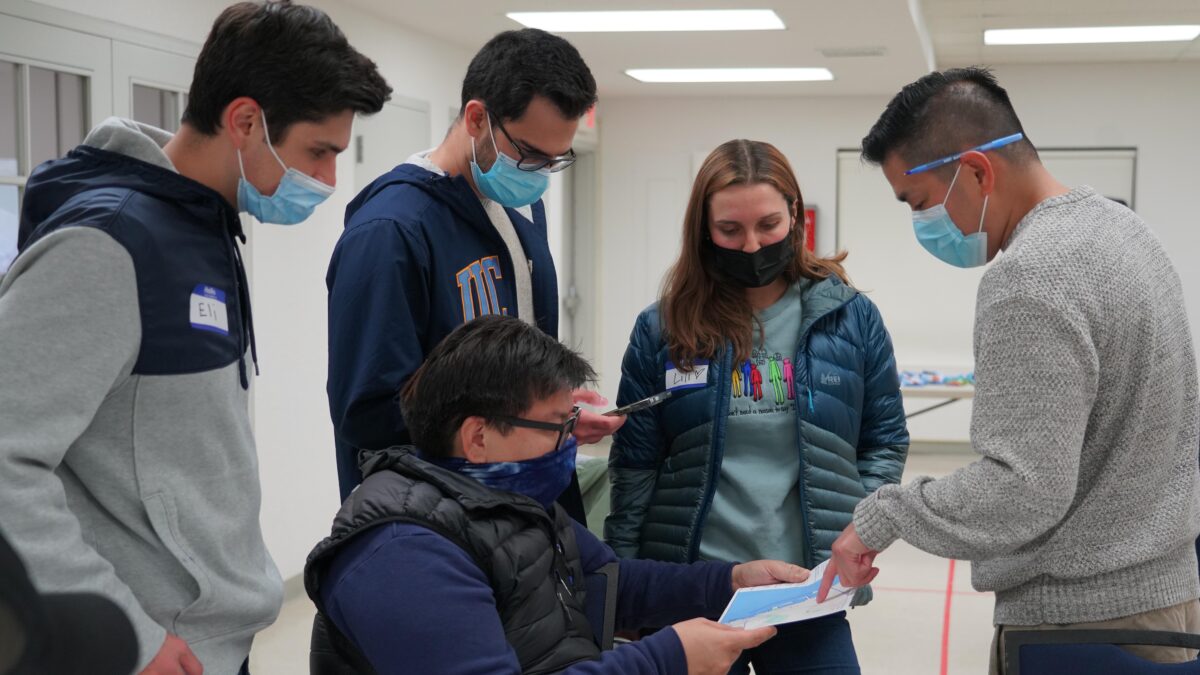 The 2022 Greater L.A. Homeless Count shows a 44 percent decrease for Redondo Beach – a total of 99 people counted in February.

“Very gratifying. I would have been happy if it was half that (percentage),” said City Attorney Mike Webb. “It just validates the approach we’re taking.”

City Net, a separate Redondo consultant, which also did a count this February, totaled 85.

“I am super-thrilled, but not celebrating until we’re at zero,” said Lila Omurra, Redondo Beach’s homeless housing navigator. “I am really optimistic that if we continue to do what we’ve been doing, we can get it to zero.”

She refers to long-term town residents, as opposed to those passing through.

Omurra estimates about 25 of the 99 people in the February count were passing through Redondo Beach at the time.

She added that, with the local pallet shelter project continuing, homeless court and the coming Project Homekey at the former Pacific Coast Inn, she believes zero can be reached next year.

The news of the 44 percent drop for Redondo was announced the same day that the city won a Helen Putnam Award for Excellence in Housing Programs and Innovations, given by the League of California Cities.

The honor was presented at the League’s convention in Long Beach, attended by Webb, Joy Abaquin Ford, the city’s quality of life prosecutor, and Omurra.

They ran a booth about Redondo’s efforts to combat homelessness.

“I was not expecting the number to drop that significantly,” said Ford. “I am absolutely thrilled that it did.”

Omurra, who works directly on the streets of Redondo Beach, finding and placing individuals, said the concentration of homeless is more in South Redondo, especially around the pier and Veterans Park.

“I think it’s because of all the bus stops along there,” she said.

The city began its Enhanced Response to Homelessness Program in 2019 and held its first outdoor homeless court in L.A. County that year (to address legal issues of homeless people, dismissing cases if subjects agree to accept services and be placed in housing).

All of this, Webb suggests, has led to the reduced count.

“It’s been awhile since we’ve been in single figures,” he said. “But we’re not at all satisfied.”

“We’re surrounded by places that saw an increase in homelessness,” said Webb.

The marginal rise in county numbers contrasts with stark jumps between 2018 and 2020, during which L.A. County saw a 25.9 percent increase and the city of L.A. a 32 percent increase.

In the past five years, LAHSA (Los Angeles Homeless Services Authority) and its partners have placed 84,000 people into permanent housing.

“While it is too soon to know what this year’s count results will mean long-term, the numbers suggest there is a flattening of the curve driven by the necessary and effective economic programs that helped keep people in their homes throughout the pandemic,” said Kristina Dixon, Acting Co-Executive Director at LAHSA.

Since the 2022 number was released, the Redondo Beach team has been brainstorming.

Since hiring Omurra in January, the city has had the coverage to respond to homeless matters seven days per week.

The news of the 2022 count follows the arrival of new funding this summer for the city’s homelessness efforts, including a $500,000 check presented by State Assemblyman Al Muratsuchi Aug. 9, and another $250,000 L.A. County grant.

The latter is to be spent on two more pallet shelter units at the South Bay Galleria, sewer work at the site, and buying an administrative office trailer with a shower, and restroom. These were previously rented.

Total pallet shelter units will now be 20. So far, 30 people have lived in the units and moved to permanent housing. Fifteen residents live there now.

The Redondo Beach city council first voted in 2020 to start a six-month pallet shelter pilot program. It began that December. In spring 2021, the council voted to keep the program at the Galleria for a year.

On the question of why homelessness has had such a fast increase in recent years in Southern California – and elsewhere – observers such as Redondo Beach City Councilwoman Laura Emdee point to a 2018 federal judge’s ruling (Ninth District, Martin vs. Boise) which made it so a city could not enforce anti-camping laws without being able to offer a bed in return.

“It certainly was a sea change in how police dealt with homeless people,” said Webb. “Arresting people for camping was no longer an option.”