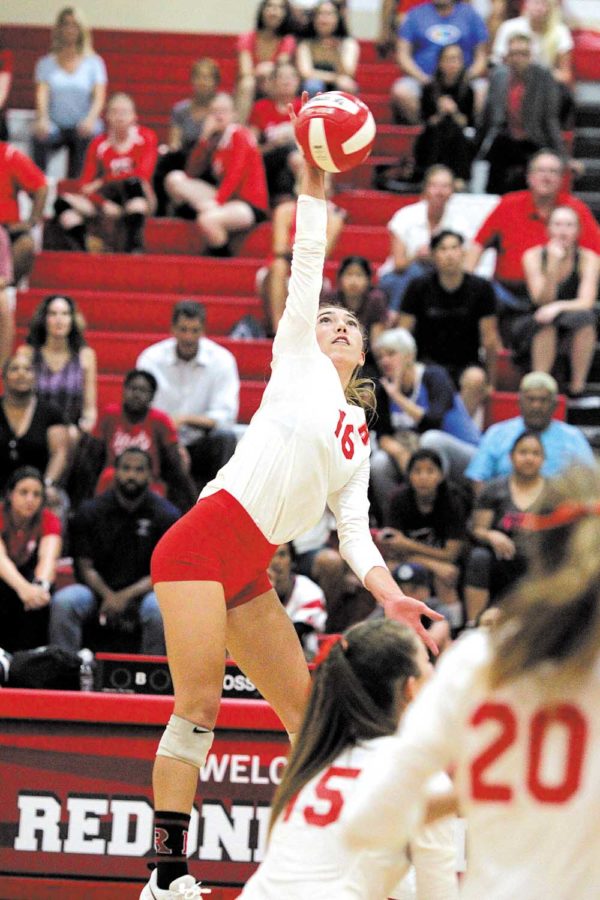 Senior Lauren Osborne came in late in the Mater Dei match to steady the Sea Hawks during their come from behind push.

After losing the first two sets against the Mater Dei Monarchs and being down 2-9 in the third set, Redondo rallied to win the next two sets and then trounced the demoralized Monarchs 15-8 in the decisive fifth set.

The two teams entered the match, before a capacity crowd at the Redondo Union High Gym, sharing the number one ranking in CIF-SS Division 1. Both teams are also ranked in the top 5 in national polls. 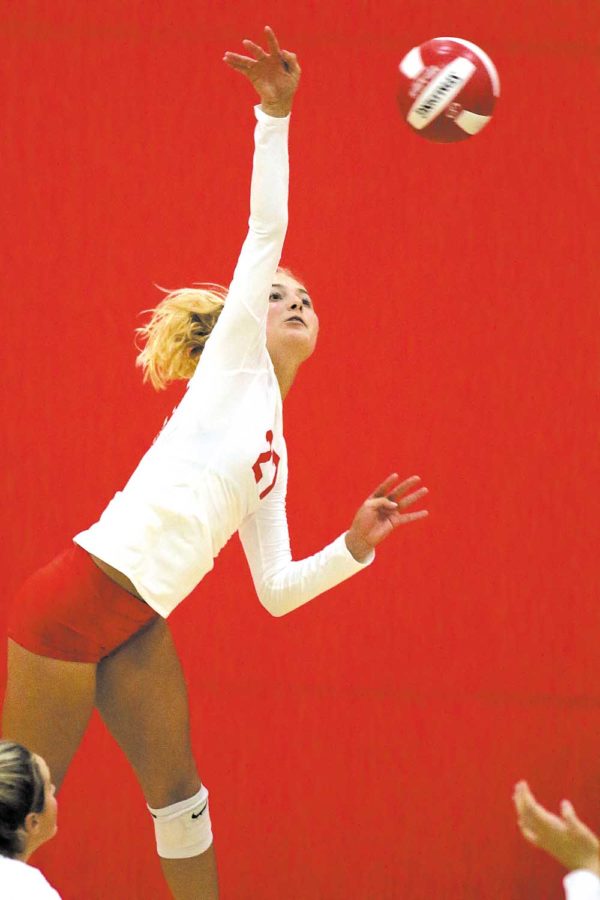 Outside hitter Maya Harvey goes for the angle against Mater Dei. 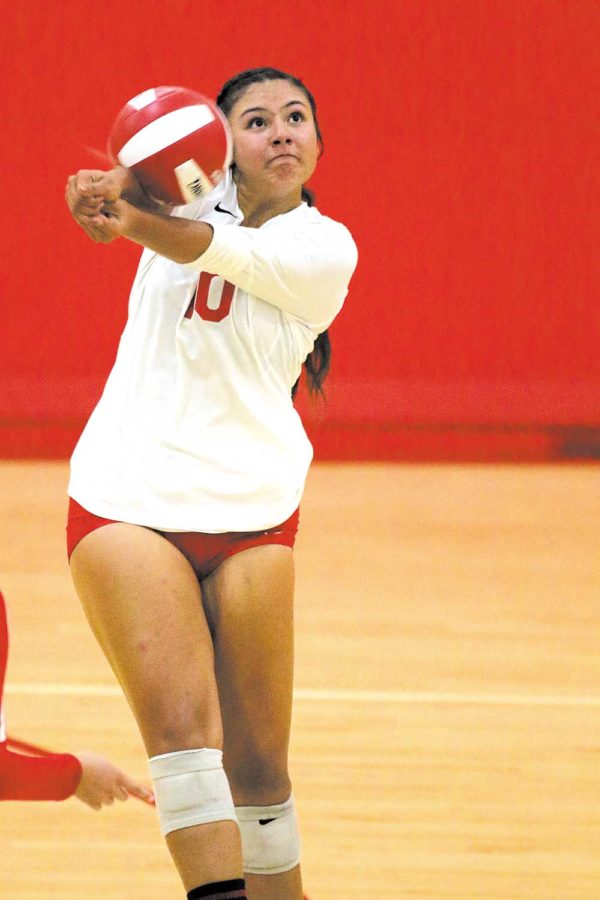 Freshman outside hitter  Mele Corral-Blagojevich was dominating on defense as well as offense in both the Mater Dei (above) and Cathedral Catholic matches. 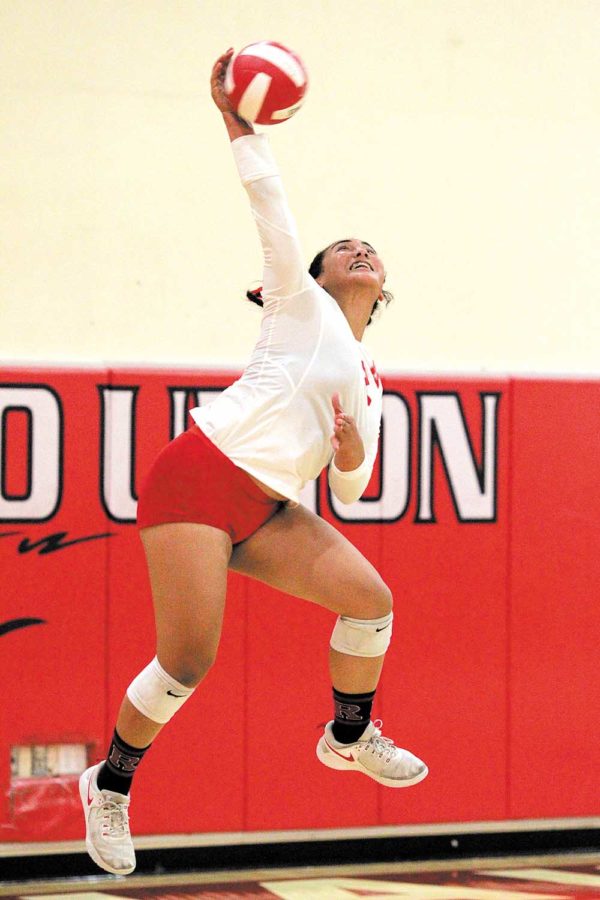 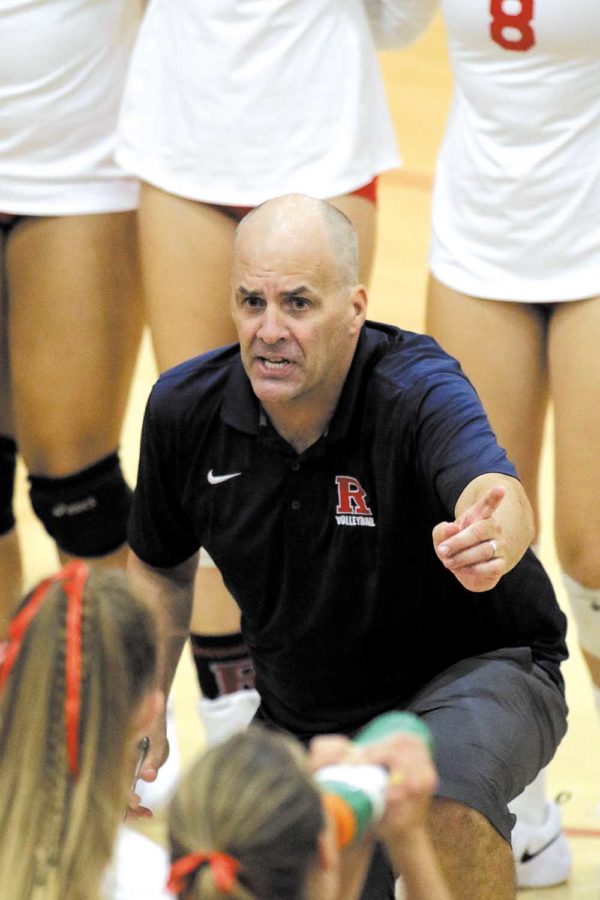