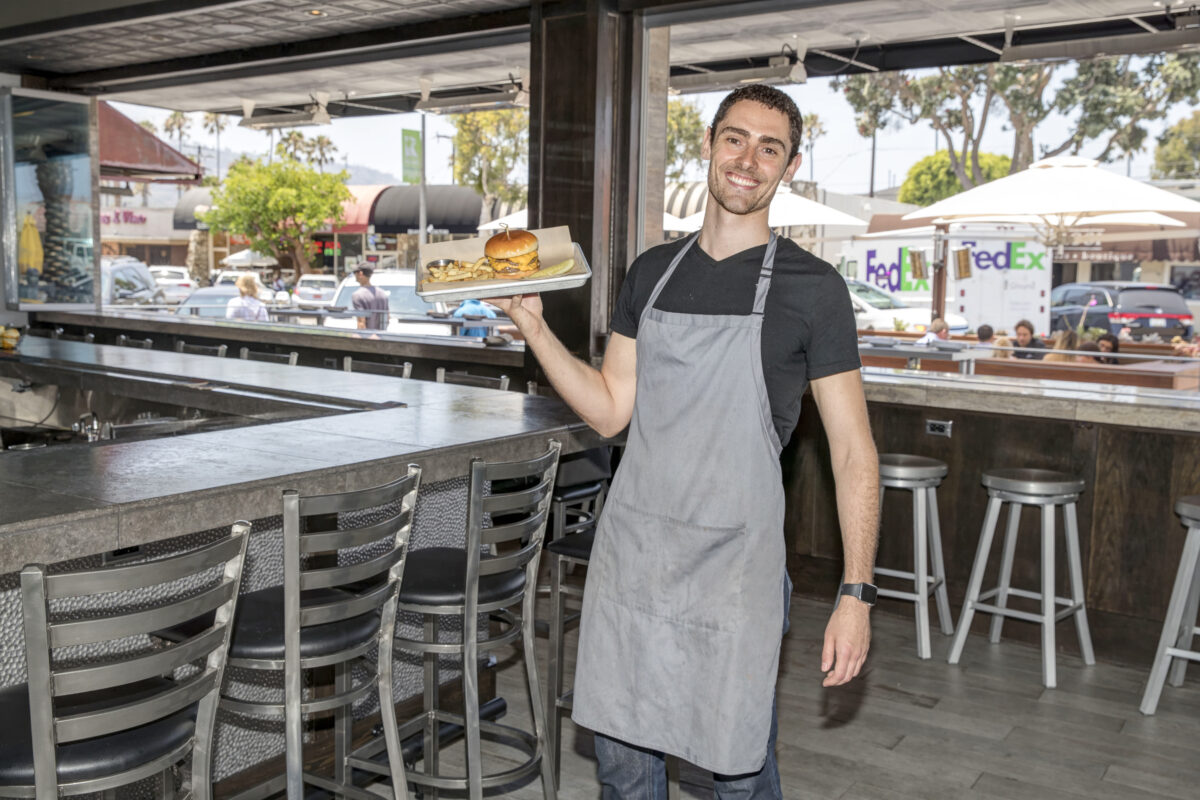 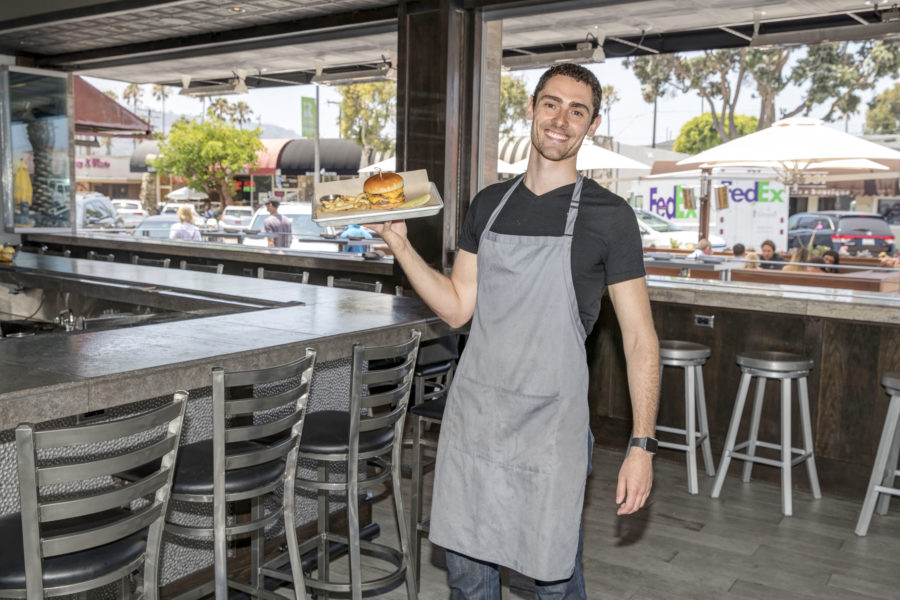 Try imagining what Star Wars would have been like with Darth Vader as the hero. He must have been, to somebody, because all those guys in white armor kept obeying his orders despite the fact that they must have had much higher insurance premiums as a consequence. (Somehow the Empire doesn’t seem like the kind of place that would have had universal health coverage. Lucas didn’t say it, but I’m sure the rebels did, and probably a profit-sharing plan.)

Despite the checkered history of revolutions in our own time, we still sympathize with the passion and daring of rebels. This is true not just for movies, but in marketing food and beverages too. Samuel Adams Brewing makes a Rebel IPA, local bad boys Rebel Coast make wine, and Rebel Republic Social House recently opened in Riviera Village. There’s not that much that’s really rebellious about that restaurant and cocktail spot; it’s part of the Hennessey Group, which is about as establishment as you get in Riviera Village.

The place has a lively, loud vibe inside, and those who enjoy a slightly more sedate dining experience may prefer the outdoor dining deck. On the spectrum between bars that serve food and restaurants that serve booze this is definitely on the bar side, albeit at the high end. The menu is short but interesting and has a lot of shared plates, and even if no alcohol passes your lips you can have a good time here.

Among the elevated bar snacks are fried deviled eggs and French fries topped with a fried egg, bacon, and mornay sauce. It’s all the things we like at breakfast in a stylish package; okay, maybe we don’t usually have mornay sauce with our eggs, potatoes, and bacon, but this makes a case that we should, as the white sauce with gruyere cheese added is better that what you’re probably used to pouring on eggs.

The fried deviled eggs were conventional except for the part about breading and frying the whites. The warm, crisp exterior contrasted nicely with the cool whipped yolk with mustard and herbs, and the topping of bacon crumbles and shredded scallions added bursts of sharp and smoky flavor.

I was less delighted with another starter, the Memphis pork rib that had been topped with a misoyaki sauce. Misoyaki has a sweet and salty flavor that works great on fish, but the heavy-handed dose obscured the spice rub and smoke flavor of these ribs.

We tried three salads, a burrata with fava, one with bacon and lettuce, and albacore with fennel, daikon, and manchego. Favas are going out of season and this may not be available for long, but if it is, order it. The addition of Korean chili threads lends a hint of spiciness to a cool, rich dish, and it’s a standout. The albacore salad had subtle contrasting flavors, and the unlikely combination of fish with fennel, Asian pear, and manchego cheese somehow was complemented with the light grapefruit-mustard dressing. Only the bacon salad was disappointing, because it’s exactly what it said it was – bacon, green heirloom tomato, lettuce, and buttermilk blue cheese dressing. It lacked the finesse of the other salads.

There are only three entrees on the menu. The olive oil poached salmon with champagne-chimichurri sauce was a hit, and it was more interesting than you could have guessed from the menu description. That mentioned only potatoes accompanying it, but there were also radish slices and sautéed greens that made it balanced both in terms of nutrition and flavor. Chimichurri sauce is usually used for meats in Argentine cooking, but this mild version worked nicely with fish and didn’t overwhelm the other flavors.

The short rib with risotto was another hit. The meat had been braised in a whiskey sauce and was fork-tender, and with the heirloom carrots it was a fine and filling meal. The third entrée was beer-braised chicken topped with crisped chicken skin and a radish slaw. The tart, vinegary, and rich flavors were reminiscent of some Peruvian dishes, but the simple carrots and mashed potatoes on the side didn’t provide a contrasting flavor. There’s something missing in this dish, and it wasn’t up to the standard of the others.

The only sandwich we tried was the seared salmon toast, which was garnished with radishes, tomato, and lettuce and dusted with olive oil and chopped dill. The big piece of fish was supposed to be served with house fries and a pickle according to the menu, but those never showed up, and when we asked we were told vaguely that they changed that. It was the only error in the service, but it was a considerable one – we should have been told before.

The beer and brown liquor list at Rebel Republic are remarkable, particularly their American whiskies, and the cocktails are very well made. On one visit we were accompanied by an avid cocktail fan who praised the way that flavors were combined in their original drinks. This is a serious mixology place in an area that doesn’t have many of them, and they are at the top of their game.

What you spend at Rebel Republic depends on what you drink. The most expensive food items are only twenty bucks and sandwiches run between fourteen and sixteen, but those drinks are tasty and can add up. On our second visit a party of four spent about $105 on food, $80 on drinks. By Riviera Village nightspot standards that’s pretty good, and I’d happily go back. Rebel Republic is exploring contemporary ideas rather than rebelling against anything in particular, but it’s an upgrade to the neighborhood.
Rebel Republic Social House is at 1710 South Catalina Avenue in Redondo. Open Mon-Fri 11 a.m.- 2 a.m., Sa-Su 10 a.m. – 2 a.m., street parking only. Full bar, corkage $15, wheelchair access good outdoors, high tables inside. No website, phone 424-352-2600.