Rolling Stones out for proof in Inglewood 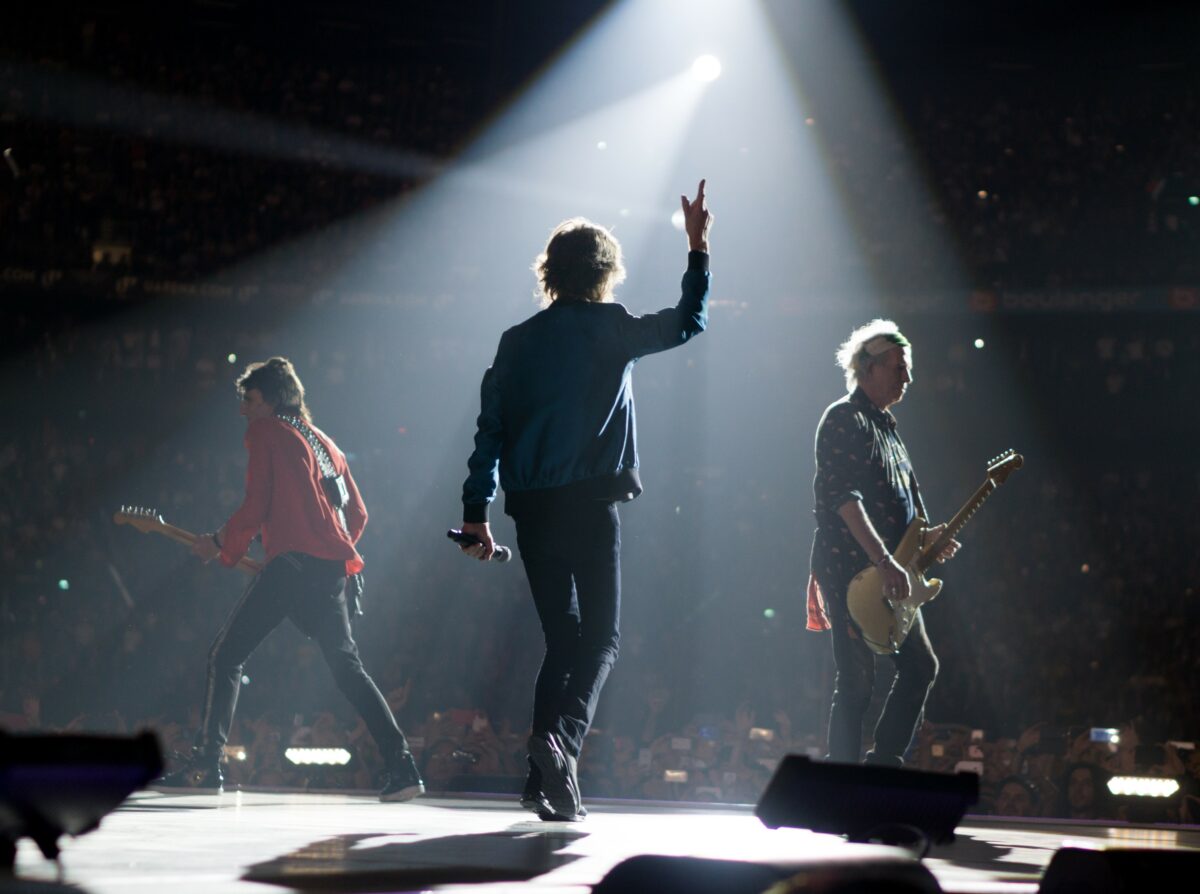 The remaining Rolling Stones perform in Paris in 2017. Courtesy of WikiCommons.

A 1989 Budweiser commercial hailed them as “the one band that is rock & roll.”

Could they still be?

The Rolling Stones took the stage in Inglewood last Thursday night to provide an answer.

Tickets were on phones, the stadium was named after a mobile-first personal finance company, Charlie Watts had just died. They had not put out an original album in 15 years.

But 28-year-old women in leather pants converged. Wearing the same was Ronnie Wood, age 75, happy and engaging, alongside him the subdued Keith Richards, 77, and at the front, the limber son of a P.E. teacher, Mick Jagger, 78.

Could they still do it?

To justify $350 tickets in the lower bowl — swaths of which were given away days before to the Inglewood School District — parking fees outside ranging from $48 to $65, service charge not included.

It was the band’s 48th show in L.A., its first came in 1964 at the Santa Monica Civic Auditorium.

Was there any chance?

Mid-show, during a long study of “Midnight Rambler,” Jagger and Richards played and sang at the end of the walkway into the crowd; just two men, and what they gave the world.

And it carries on.

From the opener of “Let’s Spend the Night Together,” to the closing “Gimme Shelter,” the frenetic Jagger delivered. If a track hurdle was placed on stage, he might have run and leapt it.

The two-hour and 15-minute show brought a mix of too-many-to-fit classics, and surprises such as a new song from the pandemic, “Living in a Ghost Town,” and Richards singing the 1967 obscurity “Connection,” before the Steel Wheels closer “Slipping Away,” the night’s only ballad.

He enlivened at the microphone with a smile and a quip, and finally, “It’s great to see you all, really,” the sincerity plain on Richards’ face.

At one point Jagger mentioned that Paul McCartney was in attendance, and that he would come out later to help them with a blues set.

It never materialized, the blues set or McCartney. It turned out it was a dig at the former Beatle’s comment earlier in the week to the New Yorker that the Rolling Stones are “basically a blues cover band.”

Jagger went on to mention celebrities truly there, noting Governor Newsom, the “French Laundrette” and his victory in the recall.

Boos and applause saturated the air.

The perennial songs kept up. Each one as evocative as ever. Who was “Jumpin’ Jack Flash?”? Why was that other guy on the cloud? Where was the red door wanted black, as the lights of airliners flew over the webbed ceiling of the stadium.

All the while, the band of elders, less statesmen without Watts, wore more sheen, velour and zippers than called for, not enough Brooks Brothers.

In the end, the Oct. 14 show spanned much of the Stones’ career, with Watts fill-in Steve Jordan pounding the drums with abandon. The group finished before any songs from modern-era albums Voodoo Lounge, Bridges to Babylon or A Bigger Bang, any of which could have added another worthy ballad to the mix.

Maybe when you have something to prove you default to rocking.

The audience skewed 20s to 50s and when it was over, thousands streamed through pathways and up escalators.

Others discussed what they saw.

“That’s what 500 bucks gets ya,” said one man, sounding unconvinced, at least at the price.

Outside, in the night air, a couple in their 30s arranged two little girls under 5 in Rolling Stones T-shirts for a picture.

Once in a lifetime? Probably not for them either. ER