Roots of the Romantic era 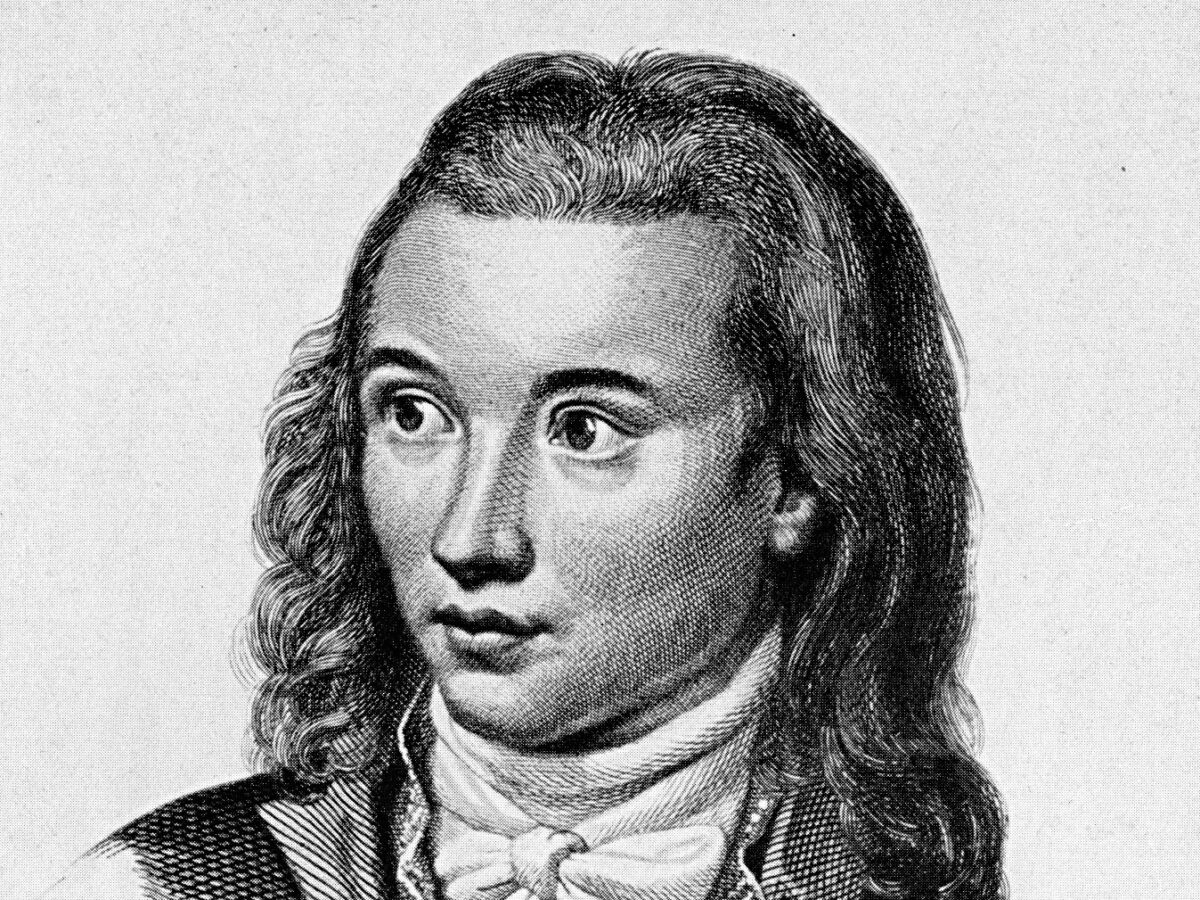 I suppose not many people in this country have heard of Jena, which in the late 18th and early 19th centuries had a population of about 4,500. It was, however, a university town, and for some years an oasis of free thought that attracted a coterie of Germany’s finest minds. As Andrea Wulf writes in her account of these notable lives, “This group of writers, poets and thinkers changed the way we think about the world by placing the self at the centre of everything. In doing so, they liberated people’s minds from the corset of doctrines, rules and expectations.” 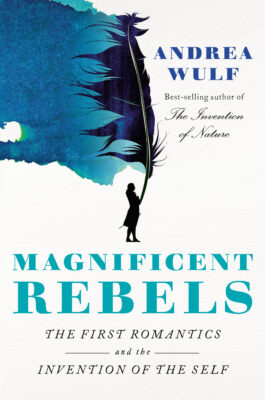 The cover of “Magnificent Rebels,” by Andrea Wulf

There’s a helpful “dramatis personae” at the start of the book, with names that are nothing if not stellar: Johann Wolfgang von Goethe, Georg Wilhelm Friedrich Hegel, Friedrich Schiller, Friedrich Schelling, Novalis, Alexander von Humboldt, Johann Gottlieb Fichte, the brothers August Wilhelm and Friedrich Schlegel, among others hardly less renowned. At the heart of this collective biography is Caroline Michaelis-Böhmer-Schlegel-Schelling (hereafter, to keep this simple, Caroline Böhmer), who was sort of the Alma Mahler of her day, and a woman, it appears, near to the author’s own heart.

Wulf refers to these friends, lovers, spouses and colleagues as the Jena Set, a term that at first is a little off-putting, a bit too close to “jet set,” but the hand rather fits the glove and it’s hard to think of a better all-inclusive description. She feels, and makes a good case for the Jena Set being of greater influence than the vaunted Bloomsbury group in England and the Transcendentalists in the States. In fact, she points out that the latter circle of thinkers, of whom Henry David Thoreau and Ralph Waldo Emerson are best known, absorbed and promulgated the ideas and philosophies of their Jena forebears. This is true, but readers in the U.S. (Wulf is based in London) are far more likely to have been exposed to Thoreau and Emerson long before even hearing the names of Fichte, Schelling, or the Schlegels. 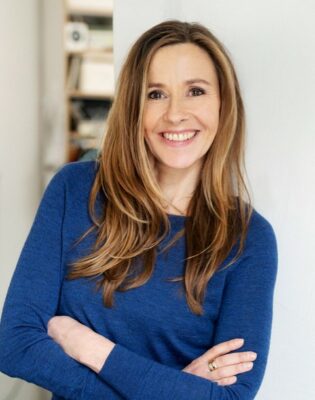 In order to achieve a rather seamless whole, Wulf has perused thousands of letters, journal entries, diaries, essays, and other references, and artfully stitched them together. The narrative, especially involving so many eminent personalities, is quite readable, and Wulf is never pedantic or condescending to her reader (a far cry from most of those art exhibition catalogs that I’ve been wading through).

“At the heart of ‘Magnificent Rebels,’” the author writes, “is the tension between the breath-taking possibilities of free will and the pitfalls of selfishness.” Which is to say that there was a clashing of big egos that in many cases ruined friendships and created enemies. Human nature then as now.

With such a number of acclaimed philosophers, Fichte, Hegel, Schelling, and also Friedrich Schleiermacher, there was bound to be considerable discord. For example we have Fichte who captivated his students with his Ich and non-Ich ideas, which were investigations into the perception of the self (Ich being self in German). Fichte, who would later have a falling out with Immanuel Kant, had notions that were hard to digest, and when Schiller rejected one of Fichte’s essays, the two didn’t speak for years. Schelling, also, seemed a bit thin-skinned, and to go on the offensive when his philosophy was in any way regarded with raised eyebrows. 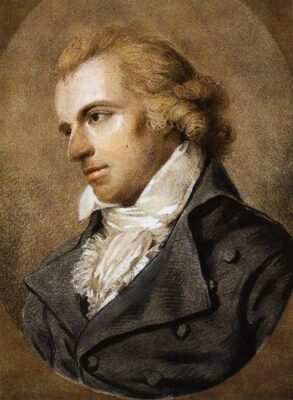 As for the dramatist Schiller, whom I’ve just mentioned, it was he who first brought together the Jena Set, in a literary sense at least, with his journal “Horen”, which began publishing early in 1795 and focused on culture in all its art forms. Schiller had been disgusted with the perceived barbarism which followed in the wake of the French Revolution. As Wulf writes, “For Schiller, taste and beauty were the bulwark against brutality, greed and immorality.”

Heralded to this day for his plays, Schiller was good friends with Goethe, and the two remained on excellent terms even after Schiller became somewhat of a pariah where many others of the Jena Set were concerned. Bickering, after all, is an intricate part of this book, and gossiping abounded. Many of the principal figures here died young, and Schiller, who suffered ailments for much of his life, died at the relatively young age of 45. Others, and I’ll get to them, died much younger. 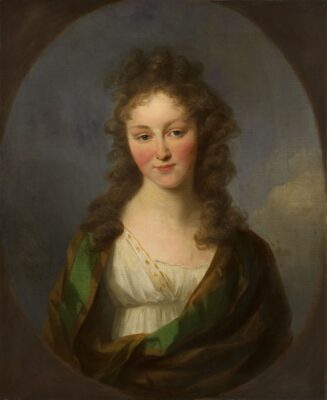 Most of the Jena Set notables were men, but an emphasis should be put — and Wulf does just that — on the women involved, first and foremost Caroline Böhmer, Dorothea Veit, plus two very young women, Sophie von Kühn and Auguste Böhmer. Wulf’s book not only highlights the roles that women played in the lives of men during that era, and in particular the famous men who have thus far survived the elimination game of history, it also shows how difficult it was for women in the late 18th century to be taken seriously as writers and original thinkers. Caroline Böhmer, for instance, wrote many of, or contributed to, the articles subsequently published under August Wilhelm Schlegel’s byline.

As for male prejudice, I would steer the reader to (or away from!) the writings of Arthur Schopenhauer, who came along a generation later. As thought-provoking as his ideas and theories are (Bertrand Russell called him the most readable of German philosophers), he’s unbelievably harsh on women, seeing them as little better than children in dresses. I suspect his opinion was shared by many others.

Dorothy Veit-Schlegel figures into “Magnificent Rebels” as the lover and later wife of Friedrich Schlegel. What’s noteworthy here is that the book doesn’t shy away from the physical and sensuous side of these men and women. For example, “After making love, Friedrich watched as the candlelight stroked Dorothea’s smooth skin and flickered over her curves. As she lay with her hair loose, the long dark curls tumbling over her voluptuous chest, he dropped his head into the softness of her bosom and listened to her heart beating.”

If you’re wondering where Wulf found the sex tape that reveals such intimate detail, the information is pulled from a semi-autobiographical novel (“Lucinde,” 1799) written by Friedrich Schlegel. Including the above doesn’t cheapen the book, although I’d imagine that some scholars would not give it the credence that Wulf does. 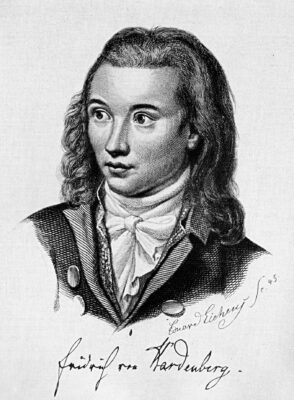 Sophie von Kühn wasn’t more than a child when Friedrich von Hardenberg, better known as Novalis, fell in love with her. Wulf fleshes out the young girl in a way that most Novalis biographers do not. Sophie died two days before her 15th birthday. Also dying at age 15 was Caroline’s daughter, Auguste. Apart from Novalis, who died at the age of 28, it may have been Auguste whose life was most promising. Despite her tender years, she seems to have been central to the lives of many in the Jena Set. After her passing, in July of 1800, the group of friends and colleagues lost much of the glue that bound them together.

Let’s take a step back. What preceded and precipitated this particular circle of intimates? As Wulf writes, “The ‘Sturm und Drang’ era and in particular Goethe’s ‘Werther’ had prepared the way for the elevation of youth and the protest against conventions, but the Jena Set provided the philosophical foundation.” Imagination was their god or lodestone, and they had plenty of it in addition to vitality, intelligence, and enthusiasm.

A lot of whiz kids were drawn to them as well, a few of whom were embraced and became part of the “inner circle,” such as the 23- or 24-year-old Friedrich Schelling: “Unlike other professors who taught the works of dead thinkers from Aristotle to Leibniz, Schelling gave his students a glimpse of the future, not an interpretation of the past.” He was, to say the least, very popular, a gleaming star among philosophers.

These were, let us not forget, Romantic thinkers and artists, and as such they tended to treat nature subjectively, and not with the hard objectivity of the earlier, more rational age. That is, they perceived themselves as being in and of nature, not on the periphery and observing it from the side with a cold eye.

Or, as Wulf puts it, and this would have been during the idyllic days of November, 1799, the Jena group “embraced spirituality as part of the greater romantic project. Their new interest was about injecting feelings, imagination and beauty into an increasingly materialistic world. This was not a search for God but a search for themselves as part of the universe.” 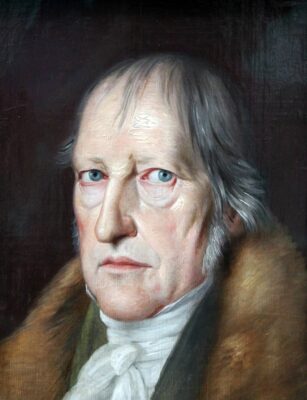 Of course, manuscripts without a publisher often vanish, and it was Johann Friedrich Cotta who printed many of the works written by the Jena Set, and thus his crucial importance to this story. And on the subject of manuscripts, Hegel’s “Phenomenology of History,” perhaps the most influential work to emerge from Jena, barely escaped the looting of the French when they ransacked the city. More on this in a moment.

Members of the Jena Set didn’t just stay in Jena, or in nearby Weimar (Goethe’s homebase), they went, then as now, to where the jobs and other prospects were. Friedrich Schlegel moved to Berlin and rounded up family and friends to start the “Athenaeum,” a journal that would appear six times from 1798 to 1800. The contributors were mainly Friedrich and his brother, August Wilhelm, Caroline Böhmer, Novalis, and also Friedrich Schleiermacher.

Later on, most of the group relocated to Dresden, but this was long before the city was home to another important group of artists and thinkers, which included Heinrich von Kleist, Caspar David Friedrich, Arthur Schopenhauer and his mother Johanna, and even Richard Wagner. If Ms. Wulf is looking for a follow-up subject, she might look here. Auguste Böhmer’s friend, Louise Seidler, if I’ve followed this correctly, later became a friend of Goethe and the painter Friedrich, possibly a love interest of the latter.

It was during this time, around 1800, that the Jena Set was coming apart. Several of them had been holed up in the same house one winter when it was extremely cold and no one willingly ventured outdoors. Living in such proximity grew wearisome, and jealousies and infighting emerged, a nail in the coffin for some relationships.

This wasn’t helped out by Napoleon’s army invading Jena and other Prussian towns, with the usual pillaging, buildings set aflame, and in a sense it’s this image that brings the curtain down on the remarkable story of friendship and accomplishment. There is an epilogue, but it’s anticlimactic. The principal figures get older and die, or die young. Some are remembered, most largely forgotten or barely hanging on as footnotes.

“Magnificent Rebels” is essentially a well-balanced group biography. I could compare it to a nicely composed photograph but one that is a little blurry only because the subjects have by and large been dead for 200 years. Despite that handicap, Andrea Wulf has written an engaging and informative book that brings to life a collection of significant people, some of them among the most influential minds who have ever lived. Despite the brevity of their time together, they united to create and leave behind a legacy that, to this day, remains rare and astonishing. ER