A summer of oceanic fun at the Roundhouse Aquarium, SeaLab 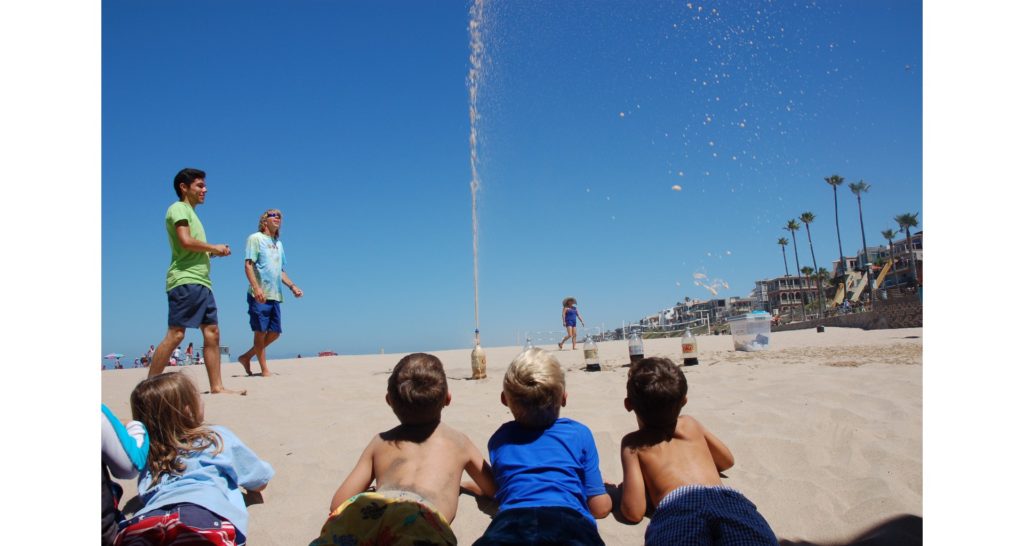 Roundhouse Aquarium co-director Eric Martin was in Washington last year, at a whale musuem, when he walked into a room and saw a photo of a familiar site, the Roundhouse. It wasn’t the first time he was far afield and saw his place of work on a wall.

As South Bay residents know, the Roundhouse Acquarium is a local treasure for reasons far beyond its role as the city’s iconic symbol —  it’s a small but beautiful facitily at which generations of local kids have learned about ocean life, both through its daily operations and particularly through its summer programs, which include camps and special speakers. Summer kicks off June 3 at the the acquarium with the 5th Annual Roundhouse Fun Run For The Oceans, a 5k run/walk on the beach’s hardpack that serves both as the facilities annual fundraiser and yet another way students get involved with the waterfront.

The acquarium’s 7-week long summer camps start on July 5, half-day morning camps for kids that dig into marine science with hands-on activities and experiments that are both fun and highly educational.

“We pack a lot into a half day,” Hill said. “My favorite day is ‘Pressure Day,’ when we get to explode stuff, as part of an experiment.”

And of course, the daily operation of the acquarium is a great, free summer fun day for any kid, with touch tanks featuring sea horses, octopus, and Sheepshead fish —  the latter which start life out as males and later turn into females. “That’s always a fun fact,” Hill said.

More than 300,000 people visit the Roundhouse Acquarium annually; it’s not only Manhattan Beach’s icon, but one of it’s true genuine attractions. But the facility is also decades old, and in need of some upgrading. Skechers, the globally popular shoe brand headquartered in Manhattan Beach, has contributed $1.2 million towards what is projected as $2.5 million in needed renovation that will begin this fall if fundraising efforts this summer are successful. 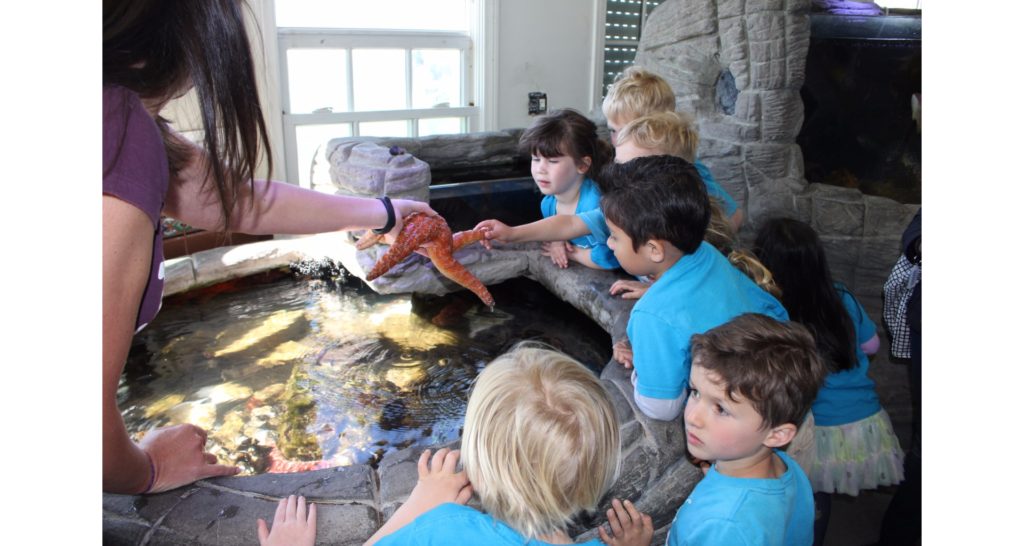 Skechers president Michael Greenberg is leading the charge in honor of his late son.

“I wanted to honor my son, Harrison Greenberg,” said Greenberg. “He grew up at the beach walking down the pier and going to the roundhouse with friends and family. Knowing the roundhouse — the jewel of Manhattan Beach — was in need of help, it was an opportunity to give back to our community for years to come and honor my incredible son Harrison.”

Harrison, an avid lover of ocean life, was not alone in having his interest ignited by the Roundhouse Acquarium. It’s the reason for the acquarium’s existence.

“We teach kids that it’s important to remember lots of things live out there in the ocean, some you see and some you don’t, but either way it’s their home and we need to keep it clean and take care of it,” Hill said.

Anyone interested in contributing to fundraising efforts can contact Robin Curren at Skechers at robinc@skechers.com. The Roundhouse Acquarium Fun Run is June 3 beginning at 9:30 a.m. The $35 registration fee includes Electronic Timing, Commemorative T-shirt, and Refreshments. There will be an early bird discount, so register ASAP. The Roundhouse’s summer camps kick off July 5 with a short week (post July 4) for a pro-rated cost of $120; the rest of the summer are five-day camps for $200. Activities include digging for sand crabs, playing in the waves, dissecting squid, learning about sharks, having water fights, building sand sculptures, coke explosions, making crafts, building a recycled boat, doing experiments, touching live animals, shooting a lemon cannon, playing beach games, and more. See roundhouseaquarium.org for more info. 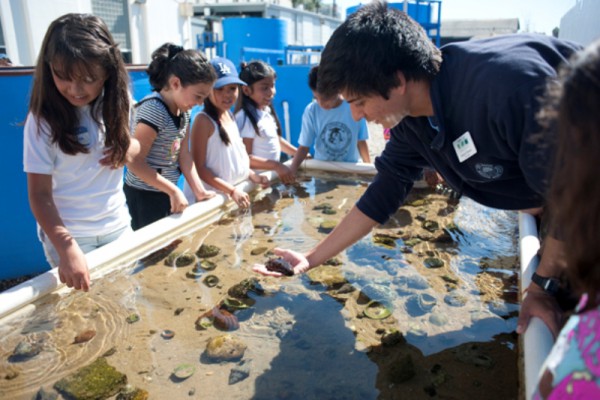 Summer at the SEALab

Redondo Beach’s SEALab summer programs are an opportunity for the kids to get a firm grasp of ocean science while spending time at the beach and meeting local flora and fauna.

Mini Mariners spend much of their time inside the SEALab aquarium, learning about ocean habitats and animal species, but the beach is visited during their week-long as well. Ocean Explorers visit the beach more often, kayaking and exploring tide pools.

“A lot of kids have never even been out on a kayak before,” said Jennifer Kolbauer, SEALab’s Program Director. “Getting out there and seeing sea lions, dive-bombing pelicans and the fish swimming underneath them…it’s something new and exciting.”