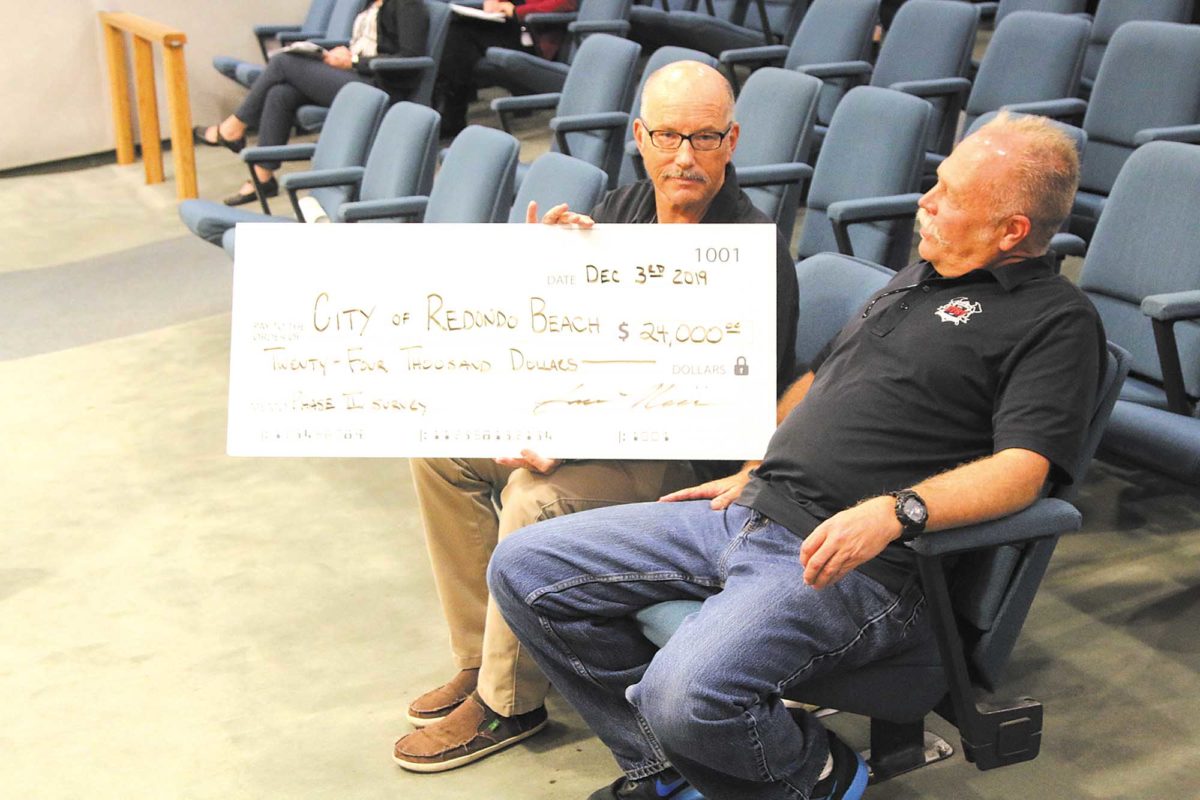 A plan for the Redondo Beach City Council to place a sales tax increase on the March 2020 ballot died on Tuesday night. Its killer was nominally an impassioned comment by Councilman John Gran that Councilman Nils Nehrenhem called “lashing out.”

But the fault clearly went deeper, to the schism between the City and its rank-and-file firefighters — two sides that have been divided over contract negotiations for more than a year and a half.

“Lashing out at an employee group has put me on the other side…seeing this sausage being made as it is, I don’t think it’s going to pass muster,” Nehrenheim told Gran as he announced his intention to vote against the ballot measure, sinking the matter.

The city felt that it could woo voters with an approach that would bring Redondo’s sales tax from 9.5 to 10 percent, very near the state-mandated ceiling of 10.25 percent — but with a quarter-percent escalator in place, to kick in should another sales tax assessment be levied by the County or another regional body.

The sales pitch, Council members articulated, would be to ensure that voters keep their sales tax money in town, rather than going toward regional projects that Redondo may not necessarily benefit from.

The considered increase on Redondo’s transactions and use tax was considered a logical, if not palatable, step toward closing the city’s ongoing structural budget deficit. The deficit was born, in part, by stagnating revenues — the city’s sales tax income has grown from 2010 to date, but with diminishing returns over the past three years. Redondo has also forecast that Fiscal Year 2019-20’s expected sales tax revenues will shrink compared to the previous year.

But the biggest issue has been increasing costs, especially unfunded pension liabilities. Redondo expects its pension costs to increase by 33 percent — from $18.7 million to $24.9 million — over the next 10 years before leveling off.

To make ends meet, Redondo has made a number of cost-saving measures. The City now has 65 fewer employees than its pre-recession levels, and city employees have repeatedly gone without cost-of-living pay increases.

But while every other employee group has struck deals with management, the Redondo Beach Firefighters Association has held out, becoming a force in both the push encouraging the City to consider contracting for Los Angeles County fire services, and in attempting to push out Gran.

Once again, RBFA made an offer to pay for the costs of the City to move onto the second phase of the fire study, bringing in a giant check to cement their intentions. An initial study estimated the City could save up to $7 million, at the cost of fewer firefighters stationed within city limits. A separate cost assessment made by city staff cautioned that savings may total out to be less than $1 million, after remaining internal costs are considered, causing Gran — the swing vote at the time — to pull back his support.

“Bravo! That’s a great parlor trick, this check you’ve brought,” Gran said to the firefighters. “This is about wanting to go to LA County Fire because it’s good for the union.”

Mayor Bill Brand agreed that firefighters may want to go County, “but they’ve always said they just want to see the numbers and go from there.”

After Nehrenheim made his position clear, Councilwoman Laura Emdee sighed, and fell back in her chair.

“We’ll figure out what services we’ll cut then,” she said.