But success in the restaurant field is as unpredictable as always 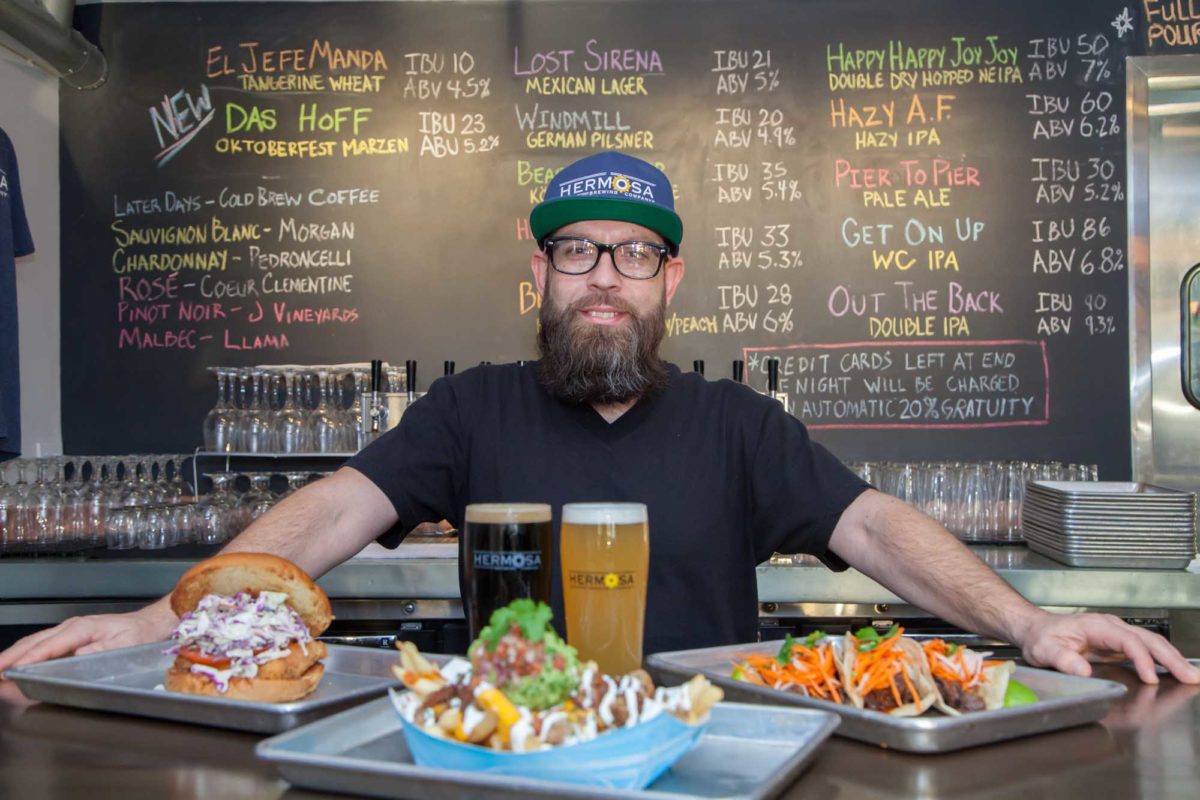 Hermosa Avenue got a boost in 20018 with the opening of Hermosa Brewing Company. Bartender Johnny Dice shows why. Photo by JP Cordero (CivicCouch.com)

The economic theory of creative destruction points out how old ideas fall to new ones in a cycle that is unpredictable on an individual scale, but inevitable when considered collectively. The object lesson for this might be the South Bay restaurant scene, in which we all know that some restaurants will close and be replaced, but can’t accurately predict which will fail and which will thrive.

Some longtime favorites served their last meals this year, among them the original Mama D’s, Mediterraneo, Big Mike’s, Hostaria Piave, and Sushi Casa Arigato. The critically acclaimed Les P’tits Bretons shuttered after less than a year, and the Original Ragin’ Cajun reopened in Hermosa but went under after only a few months. It was a remarkable fall for a restaurant that opened with considerable goodwill and much fanfare, Stephen Domingue’s last try at owning a South Bay restaurant as he has announced his intention to return to Louisiana. The Redondo location remains open and evidently successful, so Cajun cuisine still has the power to charm locals.

So does barbecue, and our choices in that category became much more varied with the opening of Chicago For Ribs, Sister’s Barn, and Willingham’s, all of which are in South Redondo. (Why nobody tries this in Manhattan or Hermosa is an unsolved mystery.) They offer three different styles of ‘que at very different price points, and it will be interesting to see whether all survive.

Elsewhere in Redondo, Enrique’s Cantina and Madero’s Cocina offered very different versions of upscale Mexican food, and Tapas & Vino was reborn as the 1892 Bistro, featuring some Mediterranean favorites from the old menu plus American eclectica. The Redondo Beach Cafe halfheartedly morphed into Hawaiian Shaka Burger – they left up the old sign and haven’t put up a website after over six months in business, which has caused considerable confusion. There is nothing particularly Hawaiian about the place, which has disappointed people who came in seeking plate lunches and kalua pork. 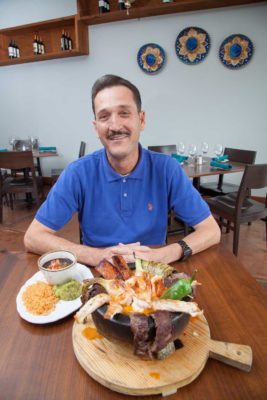 The demise of the dining decks hasn’t shaken up the gastropub-dominated Riviera Village scene, though the demise of Suburbia shows that that not all concepts are gold. Suburbia reopened as another branch of Little Sister and seems to be much more successful. Sophie’s also closed after an eight year run and will reopen after a remodeling with a new name. At the high style end of the market, Gabi James has pioneered Spanish fusion locally and seems to be a solid hit.

North Redondo slumbered on, with no significant restaurant openings despite persistent rumors that someone would bring a new upscale place to Artesia. Aviation has been more lively. Angel City Grill has won accolades for their eccentric Middle Eastern-Mexican fusion, and Georgia’s has excellent drinks but a minimalist food menu, though that may change with time.

In Hermosa Casa Vicenzo fizzled after a remarkably short time, to be replaced by Sosta, the third local restaurant by chef-owner Luca Manderino. They offer classics by candlelight, and seem to be doing well. Radici has also attracted a crowd for upscale Italian in serene surroundings, which shows that there is still a market for adult dining in a town known for the party scene.

Some newcomers stumbled out of the gate – Slater’s 50/50 has been beset by operational problems and offers a limited menu, and Serve on Second struggles with providing reliable food and service. The crush of business on weekends in downtown creates a lot of pressure, and some places need a while to adjust to it.

Modestly priced cafes continue to open despite the very high rents. The quirky Montana-themed Outpost 406 and the Hermosa Brewing Company have given a shot of energy to their block of Hermosa Avenue, and ITA Italian Kitchen seems to be doing well selling pizza on the plaza. Boardwalk Burgers went back to the drawing board, and will reveal a revised concept in the new year.

One long awaited opening has been repeatedly delayed – remodeling started in early 2017 at the former Establishment, but the replacement Decadence isn’t scheduled to debut until next February.

Downtown Manhattan Beach had only one opening, the modest Homie, though activity there is picking up. Wahoo’s Fish Tacos announced plans to relocate, and may be the first of many to do so as downtown restaurants near the end of their leases. If they move to Sepulveda they may have company, as there are rumors of several openings including a new concept in the former sports bar across from Gelson’s. 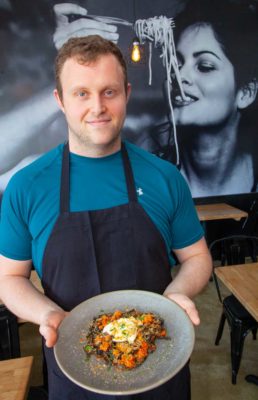 As was the case last year, El Segundo boomed, and downtown now has a parking problem to rival South Redondo, with an equal lack of plans to do anything about it. This will presumably get worse once the large pizza and beer hall Slice and Pint opens, which could happen any day. Newcomers Jetta Thai and Jame Enoteca both are doing well in spaces that seem far too small for their clientele, and it wouldn’t surprise me to see either eventually relocate to larger premises. Deluca Pasta relaunched successfully but now is about to close for a remodel into an indoor/outdoor space. There were two noteworthy closings: Samosa House, which offered Indian Vegetarian cooking, and the venerable Beach Mex on Grand. The latter was replaced by Alii Fish Grill, which goes well beyond poke and seems to be thriving despite their almost invisible location.

Elsewhere in town, several planned openings at Elevon are behind schedule but the Roman-style pizza parlor Il Romanista has thrived. Things have been livelier on Rosecrans, where Calo Kitchen Mexican, Pier 76 Fish Grill, and a branch of Randy’s Doughnuts are all popular despite a shortage of adjacent parking.

The biggest dining change in our area isn’t in restaurants at all, but in a new competitor for their business. Lazy Acres and Gelson’s opened with a substantial part of their square footage devoted to ready-to-eat items, a tactic started by Whole Foods that has been accelerating. This is going to put a lot of pressure on restaurants that depend on take-out business, and is a development worth watching.

Overall, our local scene was less trend-driven than in some recent years in which almost every opening was Italian, gastro, burger, or sushi. That’s a sign of maturity, and though it could reverse at any time it’s a good omen for the future.

**Note: An earlier version of this story reported that Sophie’s had closed and implied that there may be new ownership. This was incorrect and we regret the error.