Sip on this: oceans group rallies bars to skip the straws 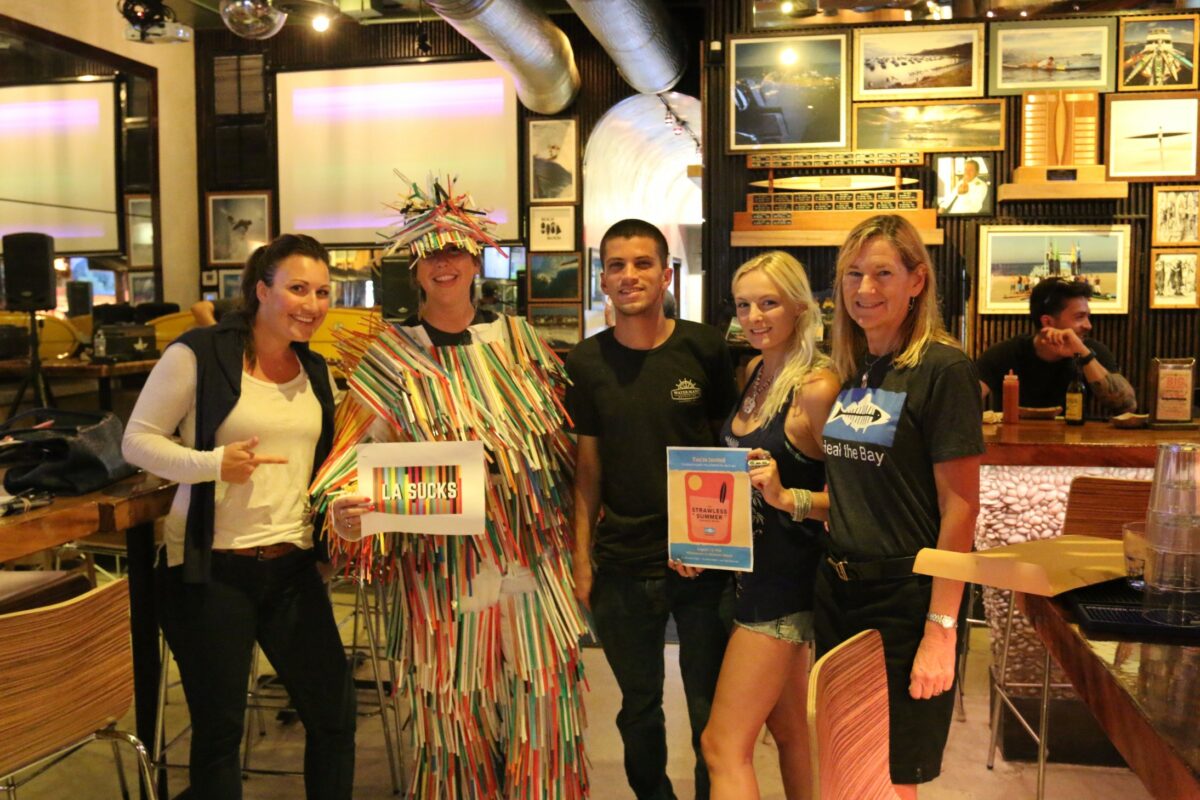 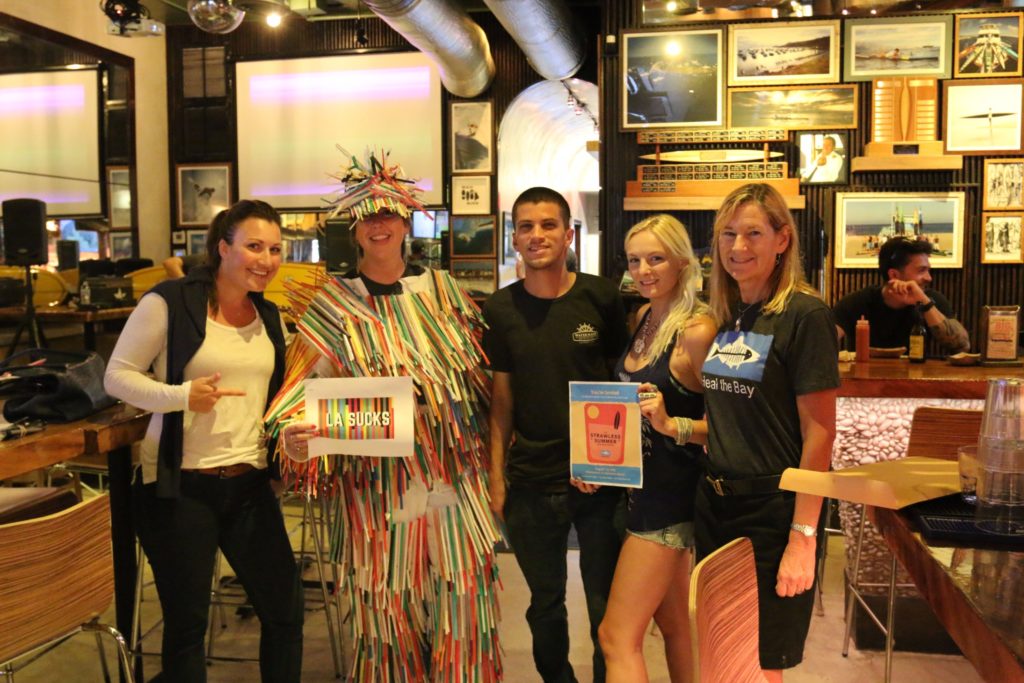 Councilmember Stacey Armato (left) joins the Mon-straw-sity, and employees from Heal the Bay and Waterman’s at a kickoff event for the environmental group’s Strawless Summer. Photo

First came the Bag Monster. Now there’s Mon-straw-sity. Like the endless series of Godzilla opponents, a new menace has emerged from the ocean to warn South Bay residents about the potential harm caused by everyday objects.

Heal the Bay is urging bars and restaurants in Santa Monica and Hermosa Beach to pledge for the month of August to only offer drinking straws on request, rather than automatically putting them in every drink. Several downtown establishments, including Brother’s Burritos and Laurel Tavern, have signed on. Waterman’s signaled its support by holding a kickoff mixer Tuesday night, where a Heal the Bay staff member donned a straw-crusted costume.

The campaign comes after a successful effort against single-use plastic bags, which were the subject of bans in multiple South Bay cities before being eliminated statewide in last November’s election. Straws, environmental groups say, are among the most common sources of plastic debris in the oceans.

“We’ve been talking about the fact that plastic pollution is the biggest problem for the oceans right now. California has already banned the plastic bag, which is great. But there are lots of other things we find. High on that list is plastic straws,” said Randi Parent, outreach manager for Heal the Bay’s Santa Monica Pier Aquarium.

Heal the Bay estimates that in the last 15 years, its volunteers have removed nearly 100,000 straws during local beach cleanups. Once they enter the ocean, plastic straws do not break down and threaten wildlife like sea turtles, who can suffocate swallowing the straws.

The Mon-straw-sity costume was composed of straws gathered during a local beach cleanup, strung together and containing about the same number of drinking straws used by an average family in one year. Nancy Shrodes, education and outreach manager for Heal the Bay, donned the costume Tuesday night after explaining the pledge process for business, who will display table-tents to inform their customers. In return, Heal the Bay will promote the business on social media.

Danielle Portnoy, advancement director for the group, recalled initial concern that the group would be able to find enough straws to assemble the costume.

“Everyone was saying, ‘There’s no way we’re going to get enough straws to make it.’ And no, it actually was not a problem at all,” Portnoy said.

The goal is to reduce the number of straws used, whether they reach the ocean or not, Parent said. The National Park Service has estimated that the United States goes through half a billion plastic straws every day. The straws are not easily recycled. The hope is that, by temporarily taking straws out of drinks, people will break an unconscious habit.

“Some people are wedded to the straw. But I think restaurants will find a lot of people won’t really miss it,” Parent said.