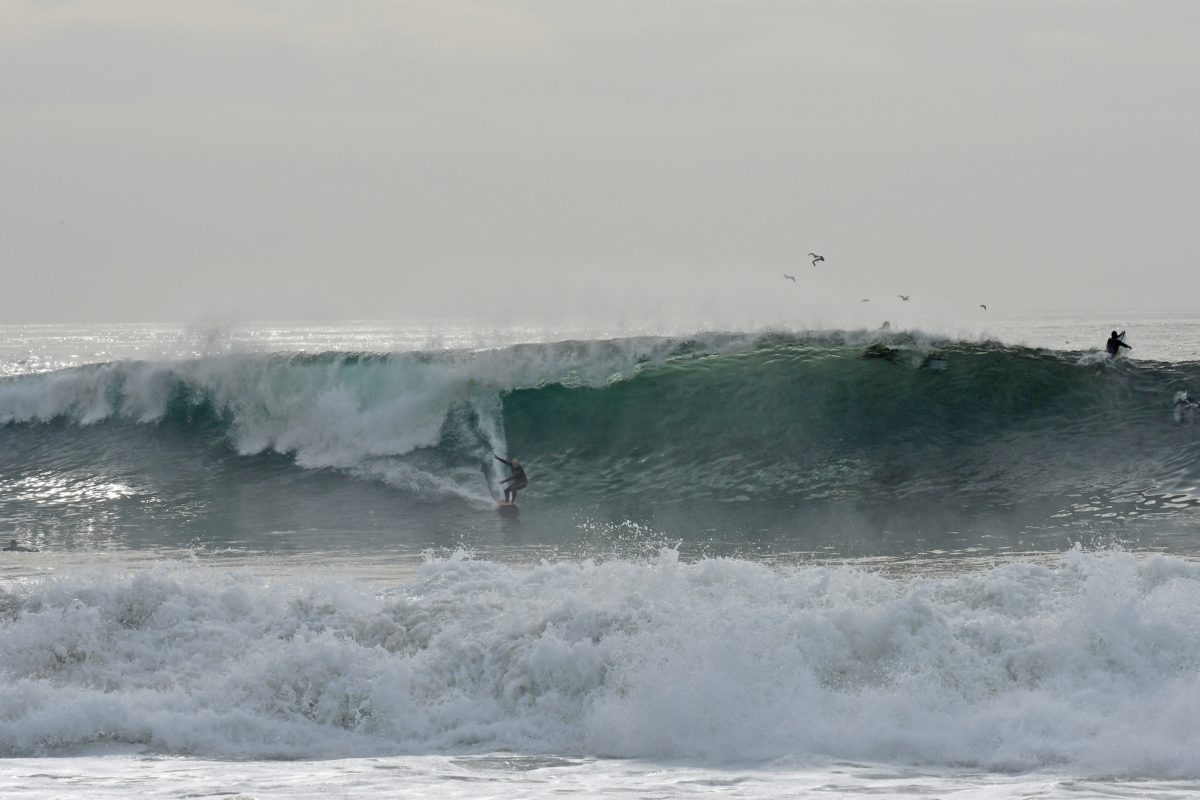 Derek Levy on a 25-foot wave at the Redondo Breakwater on Jan. 16. The photo by Charlie Scholz earned Levy the Big Wave Challenge Award.

Derek Levy on a 25-foot wave at the Redondo Breakwater on Jan. 16. The photo by Charlie Scholz earned Levy the Big Wave Challenge Award.

When Derek Levy graduated from Mira Costa High School in 1977, he made the difficult decision to commit himself to a lifetime of surfing by turning his back on a professional surfing career. At the time, he was the number one ranked Western Association of Surfing junior in California, for the third consecutive year. He had been competing in surf contests since he was 11.

“It tore me up. I loved surfing. I wanted to do it for the rest of my life. But you can’t without money and there was no money in surfing,” Levy said in a 2015 Easy Reader interview, the year he was inducted onto the Hermosa Surfer Walk of Fame. After high school, Levy went to El Camino College and then to Cleveland Chiropractic College in Los Angeles. In 1983, he opened a chiropractic practice in Manhattan Beach.

Among the benefits of that decision has been the ability to set his own work schedule. That flexibility paid off on Tuesday, Jan. 16 of this year, when a large swell was forecast to hit the South Bay. Levy, though 59, has made no secret of his desire to win the Big Wave Challenge, established in 2012 by the South Bay Boardriders Club. But the rules require that photo entries be at least triple overhead, or approximately 20 feet. Until that day in January, none of the winter swells had reached that height.

Levy cleared his afternoon calendar, and paddled out about noon to his customary spot at the Redondo Beach Breakwall, further out than anyone else in the line-up. For three hours, none of the waves approached 20 feet.

Then, as Levy recalled, “You now how it is when the horizon goes dark. The horizon went dark and I saw a  wave start to feather at the bend in the Breakwall. I started paddling to get past it. It was a close out and  I didn’t have any intention of taking off.

“But I heard Randy Meistrell and Michael Luhrsen screaming, ‘Go.’ I turned and burned. I made the drop and got halfway back up the face. Then it closed out and I straightened out for the beach But I still got pounded. Michael caught the second wave, which was perfect. He rode it all the way to the Second St. lifeguard tower. Randy caught the third wave, which got him third place in the Big Wave Challenge.

The awards were presented at the South Bay Boardriders Awards, held Friday night at the Hermosa Beach Community Theater.

Other awards included Wipeout of the Year, which went to Mike Siprut for a ride that went wrong and was photographed . Angelo Luhrsen, the Big Wave Challenge winner two years ago, was second in this year’s wipeout category. Mike Lee, the only stand-up paddler honored, was third. Their photos were also taken by Jacobson.

The Ride of the Year award, sponsored by B2 Insurance, went to Alex Gray for a thick lipped barrel at Burnout. Cheyne Magnusson was second and Noah Collins third. All three were photographed by Jacobson.

The B2 Insurance Howard Eddy Award, presented to an individual who unselfishly contributes to the surf community, went to Steve Gaffney, who donates his time to photograph local contests. Howard Eddy was a retired Panasonic employee who videotaped young surfers in the ’80s and ’90s, when videotaping was too costly for most young surfers to afford.

Both Levy and Gray donated their $1,000 prizes to the scholarship fund.

The SB Boardriders also presented an $1,100 donation to Morgan Sliff, who represented the South Bay Chapter of the Surfrider Foundation. 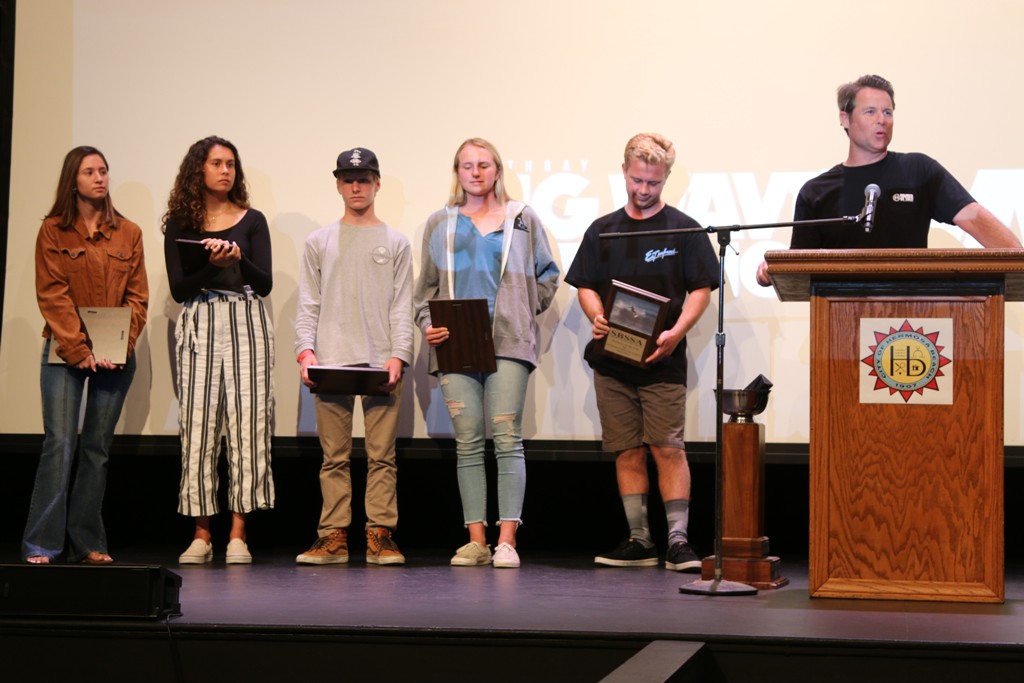 Torrance high’s Maddy Watson received the newly established John Joseph Dedication Award, named after the league’s founder and director for its first 20 of its 25 years. O’Reilly, a partner in Spyder Surf, has been the director for the past five years.

The Alex Gray Awesome Attitude Awards were presented by Gray to Isabel Frandsen and Grayson Daley. Mira Costa was recognized as league champions.