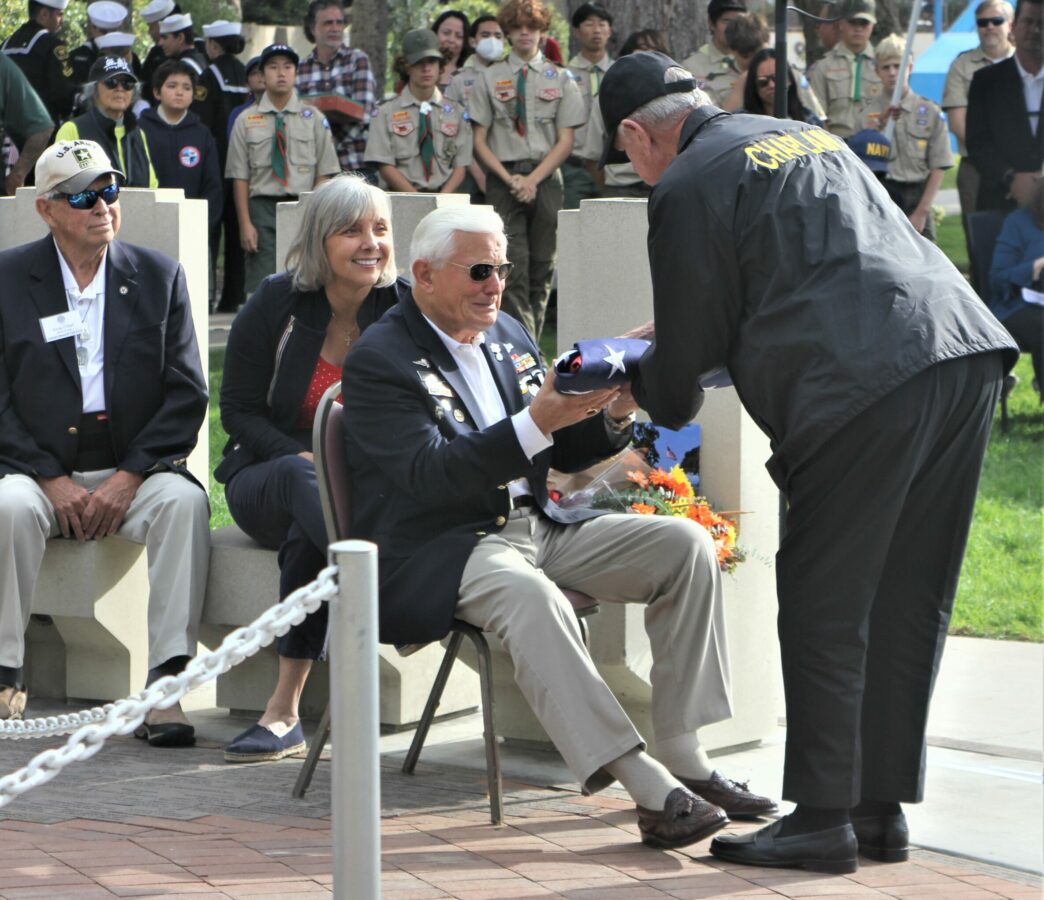 An unforeseen, stuck flag at the top of a flagpole led to improvisation during the annual Redondo Beach Veterans Day ceremony, later resolved by the fire department.

Midway through the Nov. 11 event at Veterans Park, the youth Naval Sea Cadets marched forward for the traditional lowering of the flag – after which it is presented to an honored veteran.

As one Cadet pulled on the chain lanyard, the flag did not budge. The Cadet continued but something kept the flag in place.

As later discovered, the pulley at the top was rusted and the lanyard would not break it free – although it did earlier that day in a rehearsal.

Letting go of the chain, the Cadet stepped away and the Cadets’ group instead took a new flag they were going to raise, folded it and handed it to the event chaplain – who presented the flag to veteran Herb Masi, an Army Special Forces captain, 1963-70, wounded in Vietnam.

A Westchester resident, Masi is the departing chairman of the Redondo Beach Veterans Memorial Task Force.

The Sea Cadets later lowered it, folded the flag and presented it to Masi, in exchange for the new flag.

RBFD firefighters went and got a new lanyard and the Sea Cadets raised the new flag up the pole.

The previous one had flown since Memorial Day. 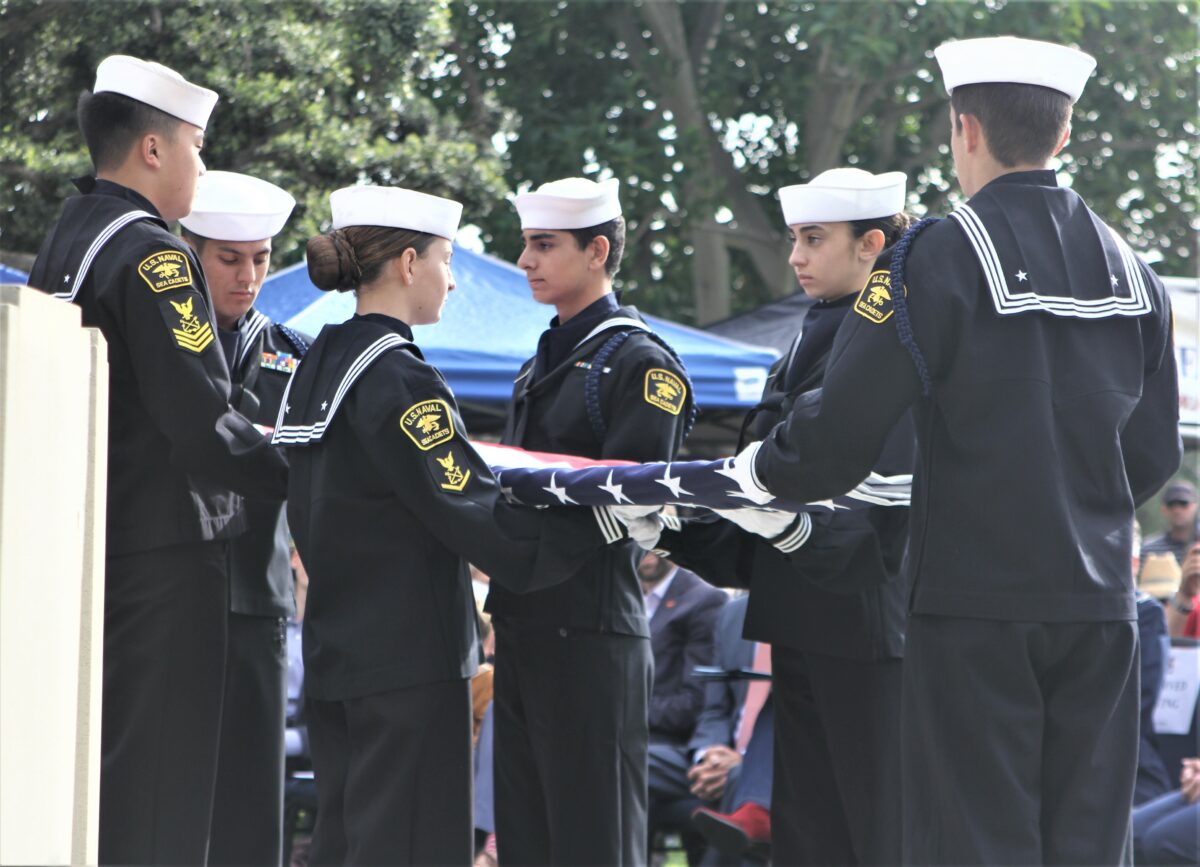 The U.S. Naval Sea Cadet Corps, South Bay Coastal Division, wraps a stand-in, new flag, after the original flag to retire was irretrievably stuck at the top of the flagpole due to a rusted pulley and seagull droppings. Photos by Garth Meyer 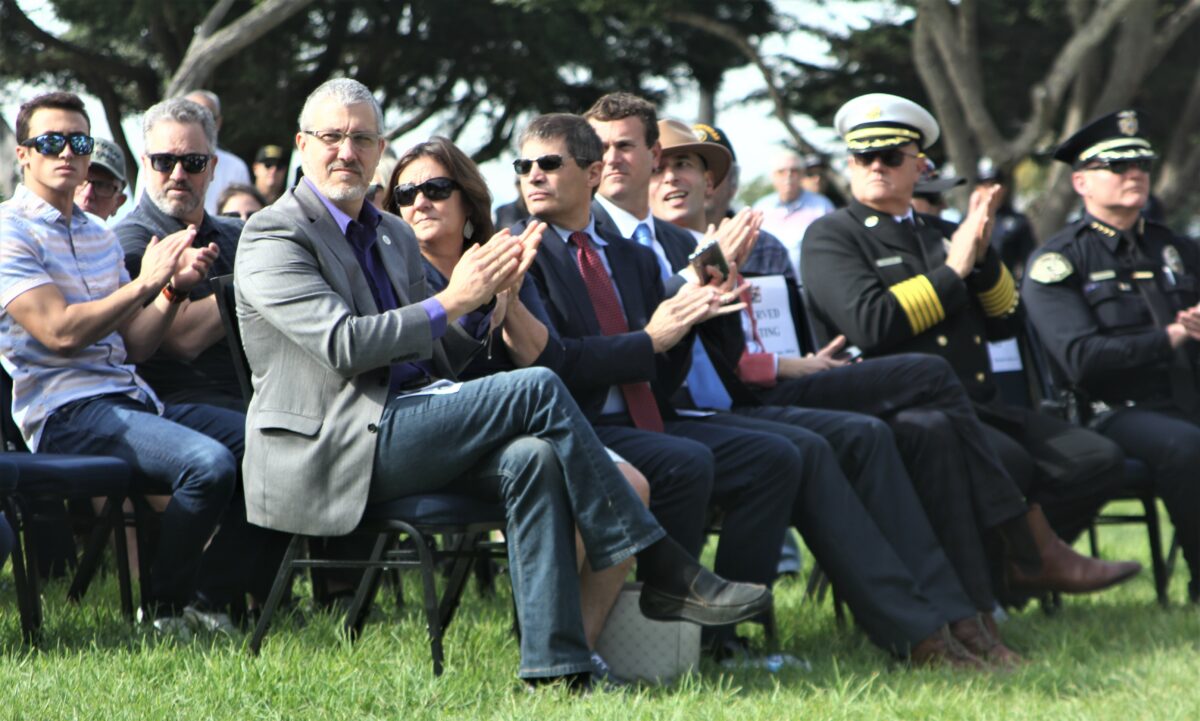 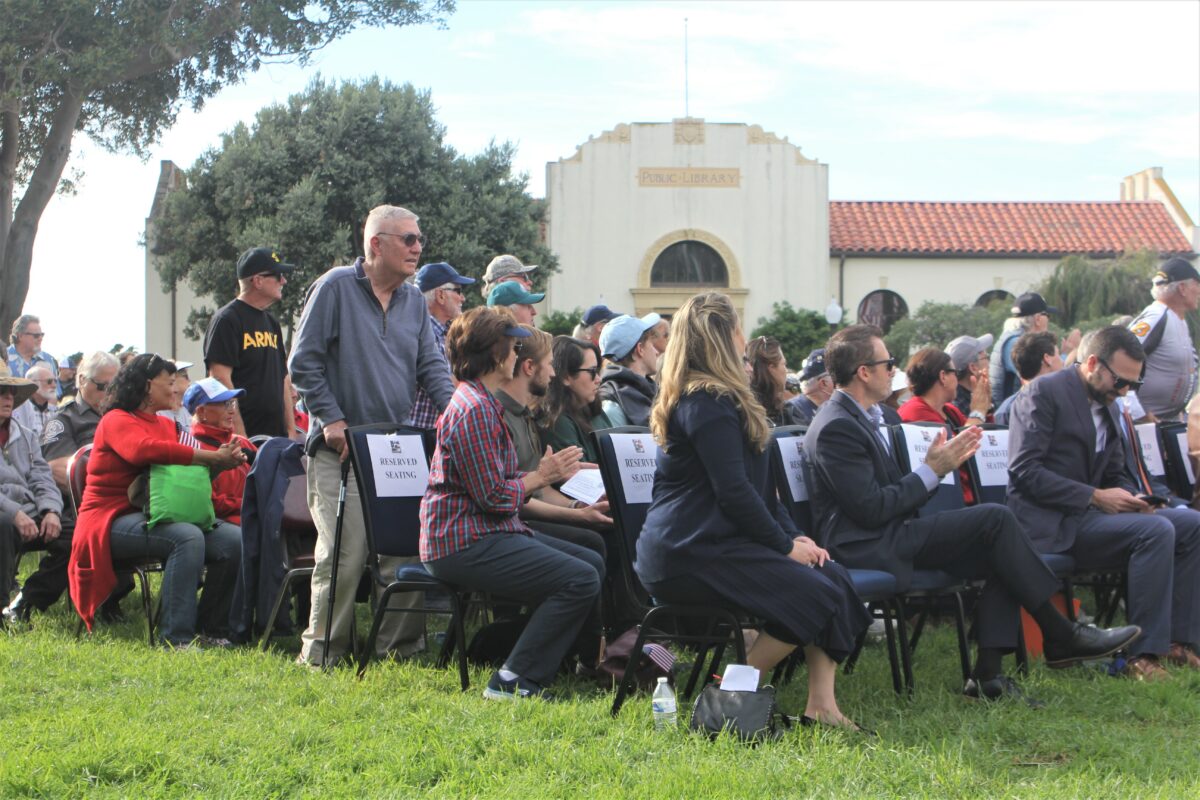 U.S. Army veterans stand up for the playing of the Army anthem. 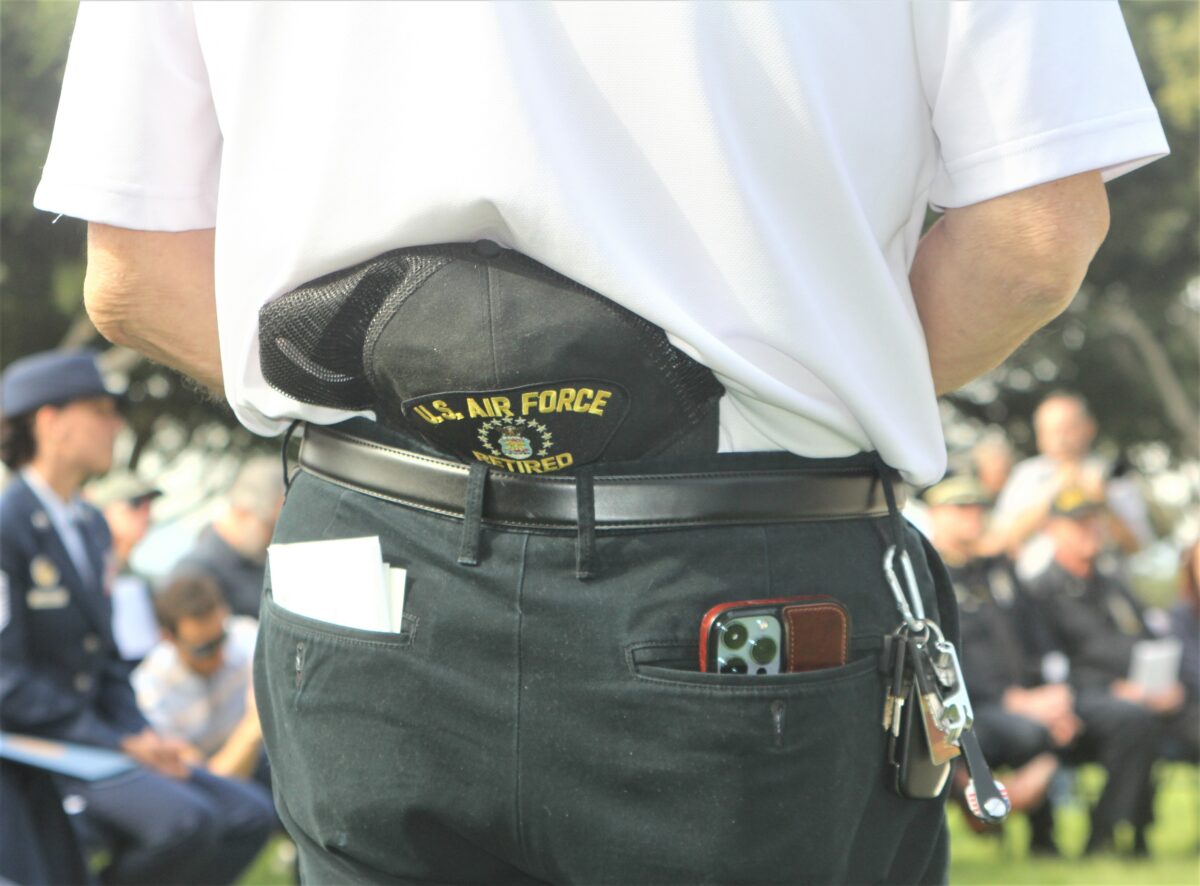 Veterans of all stripes and decorations were seen at the Nov. 11 event. 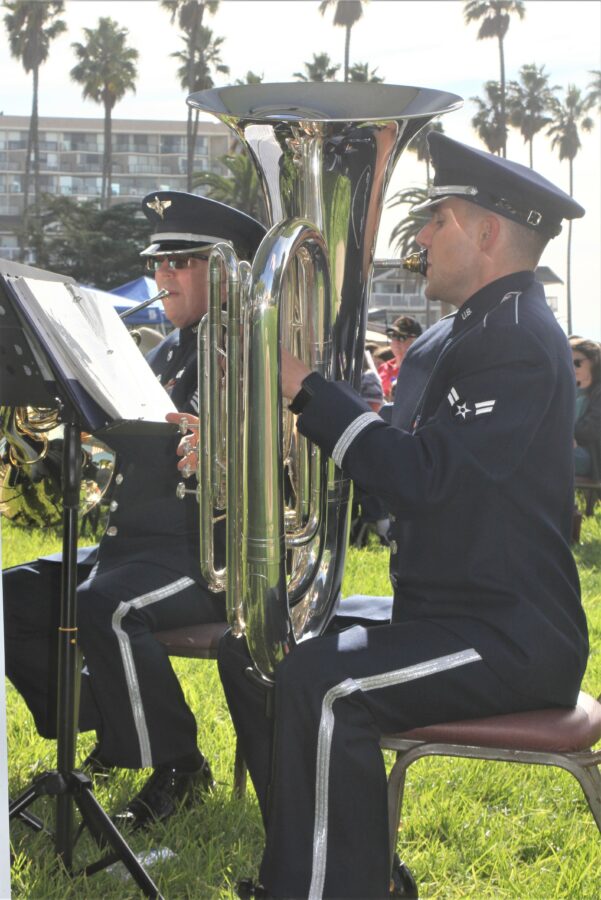 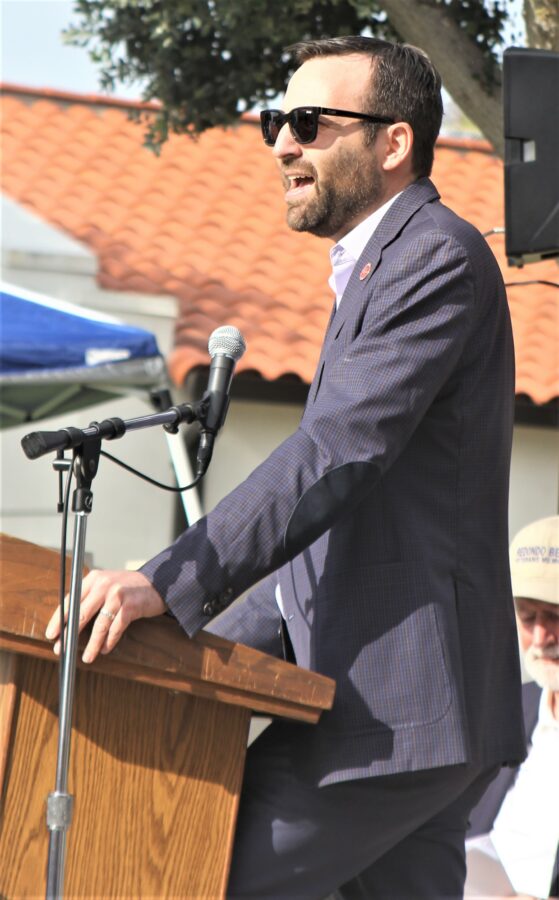 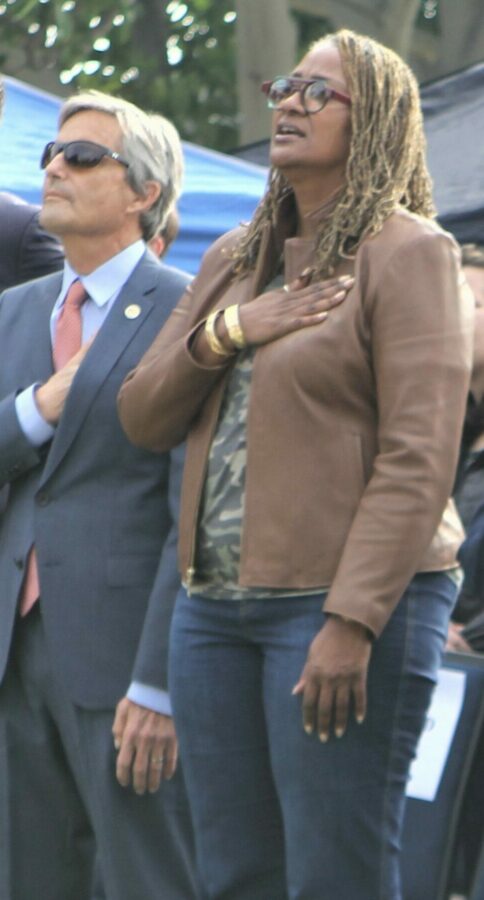