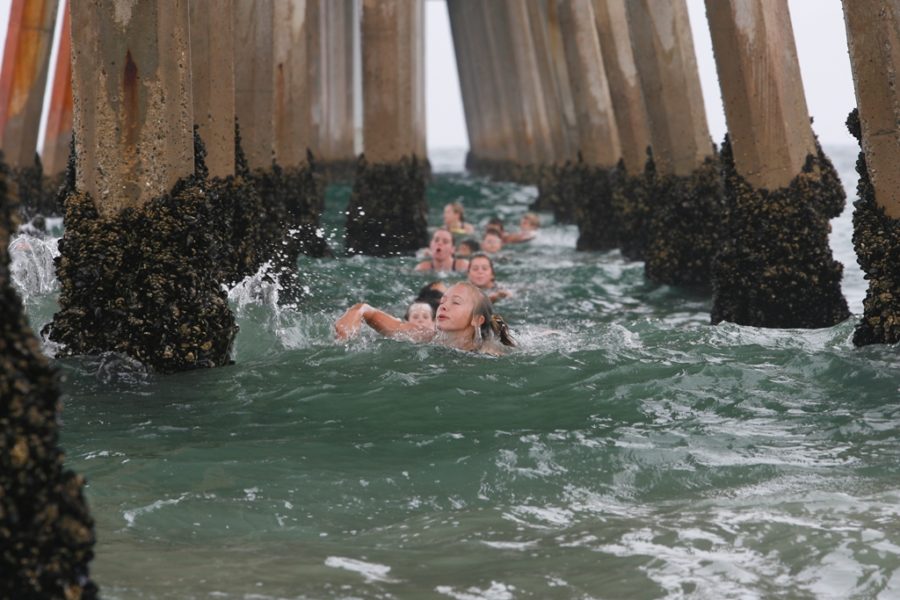 This time of year, Tommy Ostendorf’s phone is usually ringing off the hook.

Ostendorf is the owner of Beach Sports, a summer beach camp with locations throughout the South Bay. He starts getting calls about early bird bookings in March and April, and then around Memorial Day things really start to ramp up with parents looking to find ways to fill the days for kids who will soon be out of school.

He’s had plenty of parents calling lately, but there’s only one problem: He’s not sure when he’ll be able to open camp, if at all. Add summer beach camps, a beloved South Bay tradition and many kids’ introduction to the power and splendor of the ocean, to the long list of activities upended by the coronavirus pandemic. That includes the Los Angeles County Junior Lifeguard program, which announced last week it was suspending its program for the summer.

Like many other operators, Ostendorf is waiting for word from the Department of Beaches and Harbors, which issues permits for beach camps. In the meantime, he has been scrambling to figure out ways to run beach activities while complying with social distancing recommendations.

“Most of the calls we’re getting are just parents hoping that we’re still running,” Ostendorf said. “We’ve taken a proactive approach, we’re ready to change the whole way we operate. We’ve been preparing plans for if we have to wear masks. Do we have to take kids’ temperatures? Use different dropoff locations? Do staggered start times? There’s lots of different things we have prepared for.”

Nicole Mooradian, a public information officer for the Los Angeles County Department of Beaches and Harbors, said that under current guidance from the Department of Public Health, beach camps would not be allowed. The county is currently in the second stage of its reopening process, which allowed for a limited reopening of beaches last week.

“Unfortunately our current stage of our recovery doesn’t allow beach camps. In fact there are no group activities allowed on L.A. County beaches,” Mooradian said.

The Centers for Disease Control has issued COVID-19 guidelines for summer camps. Their recommendations of ways operators can limit risks mirror many of those suggested by Ostendorf, including limiting contact with shared items and screening of children for symptoms. But the guidelines’ very first question is, “Will reopening be consistent with applicable state and local orders?”

So far, the county has been trying to accommodate the uncertainty, and has not asked for the fees associated with summer permits. In an email sent Wednesday morning to camp operators, Erick Rangel, head of the department’s permit section, said that, under the reopening plan crafted by the county, beach camps and other large group activities would not be permitted until the fourth stage of the reopening process. Public health officers and elected officials have said the county could enter the third phase, in which small beach gatherings and stationary activities like sunbathing would be allowed by sometime in July, but no timeline is currently available for entering the fourth phase.

“This is a truly difficult situation, and we are deeply sympathetic to the plight of all parties affected. Yet we also know from public health officials that the only way to limit the spread of COVID-19 and truly recover from this pandemic is to adhere to the public health and safety measures now in place,” Rangel wrote.

Camp operators interviewed for this story expressed sympathy with the difficulties faced by county officials, and acknowledged that recommendations about what constitutes safe behavior are evolving all the time. But South Bay parents, already taxed by the closure of schools in March, are eager to find safe and healthy ways for kids to burn off youthful energy.

Their worrying began in earnest last week, with the announcement the Junior Lifeguard program would be suspended.

“In early March we began to explore a number of options to offer a modified program for the 2020 summer season. However, we cannot have a practicable program that would be consistent with current public health guidelines and recommendations,” Fernando Boiteaux, an assistant chief of the Los Angeles County Fire Department and head of the Lifeguard Division, wrote in a statement posted to the program’s Facebook page.

Junior Lifeguards, or “JGs” as it is commonly known, teaches ocean safety and basic lifesaving skills, and has become an institution of summer in the South Bay, with a history stretching back more than half a century. It is common for parents to require their children participate in Junior Lifeguards before allowing them to go to the beach by themselves.

Before the program even begins, lifeguards administer thousands of swim tests to kids who need to qualify. Pools where the tests are administered have been closed for the past two months.

Ocean Lifeguard Specialist Pono Barnes, a public information officer for the lifeguards, said he was unaware of the Junior Lifeguard program ever being called off for a summer, and that it was not a decision lifeguards took lightly.

“There’re 4,300 participants: we essentially run a small school district every summer. That’s a lot of kids, a lot of high fives, a lot of equipment being shared. It just didn’t seem safe to attempt to run it with the guidelines put forward by the Department of Public Health,” Barnes said.

Reaction to the lifeguard’s announcement mirrored the division that has characterized the broader response to the coronavirus pandemic. Many parents and residents said they understood the decision even if it saddened them, while others responded with outrage and extremist politics.

“Steeling [sic] young lives to save the incarcerated, homeless and those living in assisted living care (from Newsom’s mouth)….this is all wrong!!!” Erin DiMaggio, a Palos Verdes peninsula resident, wrote in a Facebook comment on the Junior Lifeguards page.

Other parts of Southern California, including the City of Seal Beach, have also canceled their junior lifeguard programs due to the uncertainty associated with the coronavirus. Registration for the Orange County Junior Lifeguards, a week-to-week program run out of Dana Point, is open, but as of Wednesday morning they were not accepting payments because of what their website described as the “ever changing circumstances due to COVID-19.”

The cancellation of JGs is in effect throughout Los Angeles County, including Hermosa Beach. The city owns its beach and issues permits to contracted camp operators, including Beach Sports and the Hermosa Surf Camp run by Vince Ray each summer for over 30 years. Last week, the city sent an email indicating all programs would be canceled through at least June 30, and that it would refund those who had signed up.

“It is a very real thing where we may get to the point where we are able to have summer camps, but the community is uncertain and nervous about sending their child to it. In that case we wouldn’t hold a program but would try to do something outside of that,” Community Resources Manager Kelly Orta said May 5.

Chris Brown, owner of CampSurf, which runs surfing lessons and a summer beach camp in the El Porto area of Manhattan Beach, said he noticed an uptick in inquiries after the Junior Lifeguard announcement. Brown is optimistic that some form of beach camp will be offered this summer.

“When you’ve got 500 people inside Target, it gets harder to make a rational argument that someone shouldn’t be able to do a one-on-one surf lesson,” he said.

Even if the county were to permit beach camps to reopen later in the summer, staffing them could be challenging. Osterndorf said it takes time to train counselors and instructors, and some people may have already found other jobs.

Brown said the combination of affluent parents eager for a few hours of peace and a large population of out-of-work surf instructors could lead to an underground economy of unlicensed lessons. Conditions since the county’s beaches reopened last week, with football games and sunbathing in defiance of the “active recreation” rules, indicate that such a black market might be tough to police.

“I could easily just go out and do it on the down-low, below the radar. But we want to play by a higher standard. We want to get permits, and do things the right way,” Brown said.