“Summer of Soul” – Let it last a lifetime [MOVIE REVIEW] 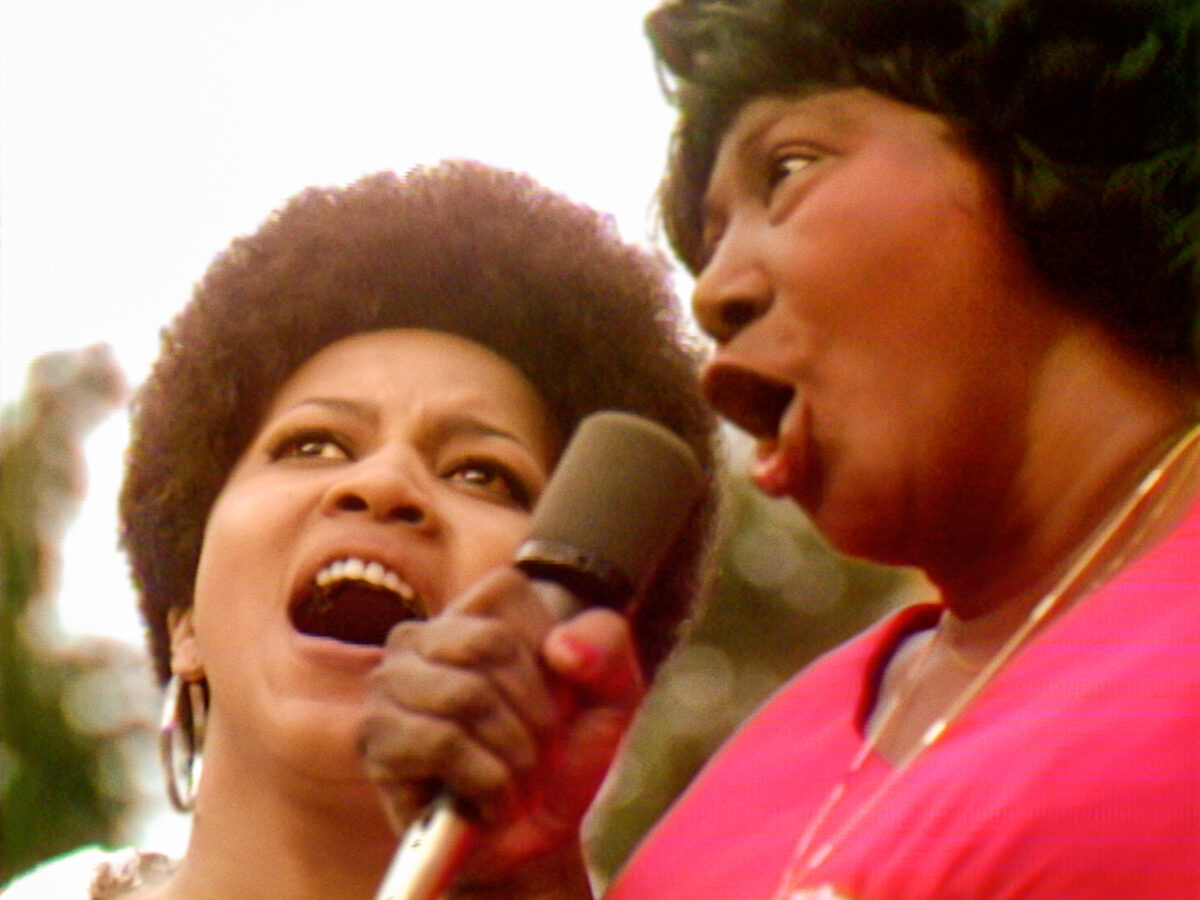 Mavis Staples and Mahalia Jackson performing at the Harlem Cultural Festival in 1969, featured in the documentary SUMMER OF SOUL. Photo Courtesy of Searchlight Pictures. © 2021 20th Century Studios All Rights Reserved

Mavis Staples and Mahalia Jackson performing at the Harlem Cultural Festival in 1969, featured in the documentary SUMMER OF SOUL. Photo Courtesy of Searchlight Pictures. © 2021 20th Century Studios All Rights Reserved

Hallelujah, Hallelujah and Oh, Happy Day! “Summer of Soul (Or When the Revolution Could Not Be Televised)” directed by Grammy-winning musician Ahmir “Questlove” Thompson is hitting the screens 52 years after the greatest musical event you never knew was staged.

In 1967, the city of New York, under Mayor John Lindsay, hired Tony Lawrence, a lounge singer from Harlem who had a finger on the pulse of current Black culture and was well connected both to his community and the music scene, to create a summer program, free to all, they called the Harlem Cultural Festival. A reasonable success in 1967 and 1968, Lawrence dreamed bigger and got the mayor’s office to front the funding for an expanded Festival. Whether to avoid the unrest that occurred throughout the country the previous summer following the assassinations of Martin Luther King and Robert F. Kennedy, to blunt the protests over Vietnam, or just to support the neglected and often vilified population of Harlem, Lawrence saw his wish for a super festival that summer of 1969 came true, an event that would play out over 6 Sunday afternoons highlighting a wide range of musical styles and featured both the up and coming and the well-established Black stars of the day.

For whatever reasons, and they can’t have been good ones, the NYPD refused to provide security for the event. In stepped the Black Panthers who made sure the event went smoothly and, in an irony that was surely not missed, were there to protect the Harlem citizens from the police, who did, eventually, show up. 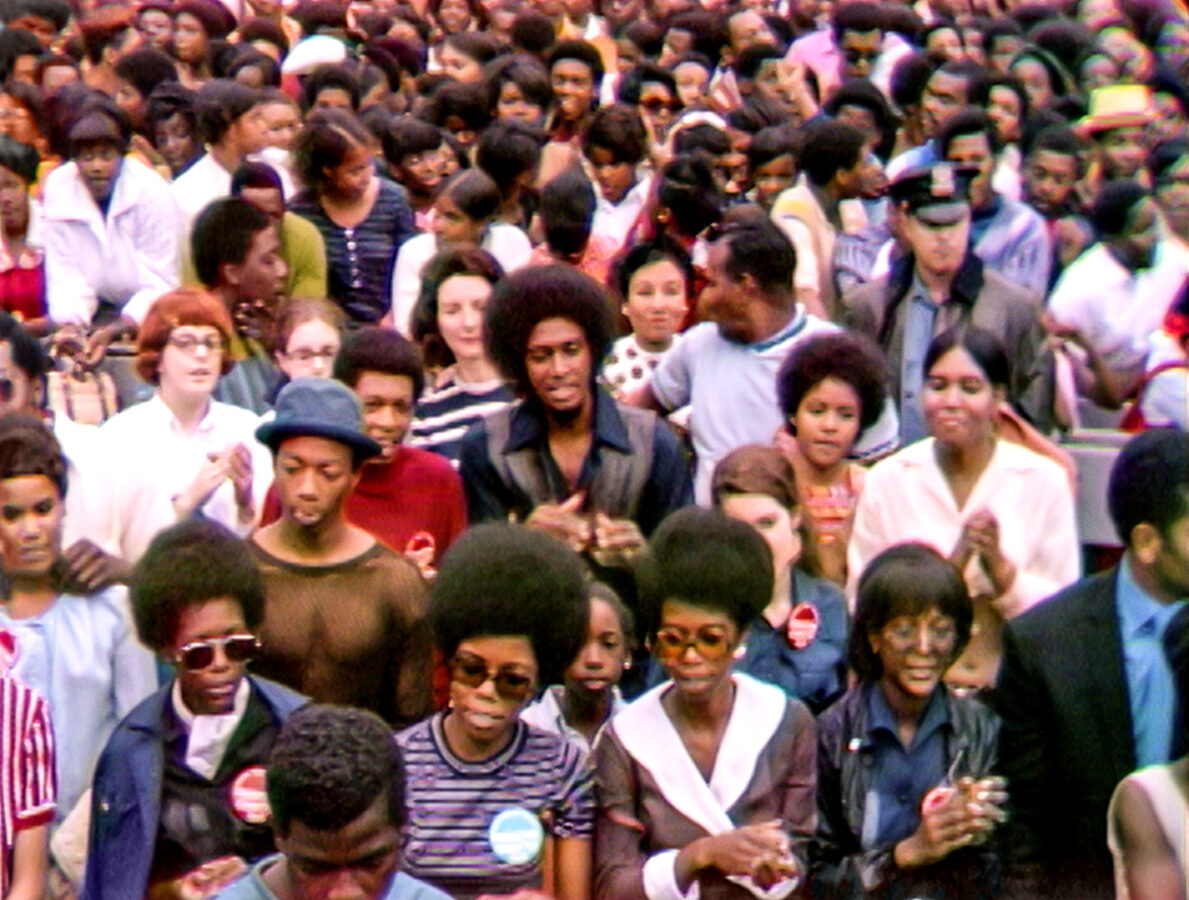 The Harlem Cultural Festival in 1969, featured in the documentary SUMMER OF SOUL. Photo Courtesy of Searchlight Pictures. © 2021 20th Century Studios All Rights Reserved

With essentially no budget, veteran producer/director Hal Tulchin positioned the stage to the west so that he could film the festival with available light. Proud of the end result, he tried in vain to interest mainstream media to release the film of the concert. Perhaps it was because Woodstock occurred at the same time and there wasn’t room for two rock films or, the more likely reason, producers and studios saw no commercial viability for a film that featured an almost entirely Black cast of characters with only a few established cross-over stars. Tulchin’s tapes of the concert remained in his basement, untouched, for over 50 years until rumors of its existence led producer Robert Fyvolent to his home. Establishing a relationship based on a passion for the music, Tulchin’s estate, posthumously, released the rights to the tapes.

Questlove’s multi-platform range made him the ideal director to work with the material and he set about putting the music in context with the times. Interviewing a number of people who were teenagers in 1969 when they attended the concerts, he elicits the memories, not just of the music, but what those concerts meant to the community. Interspersed with clips of the audience, one looks out on a sea of young and old, almost entirely black faces dressed for a summer outing, looking cool despite the temperature. 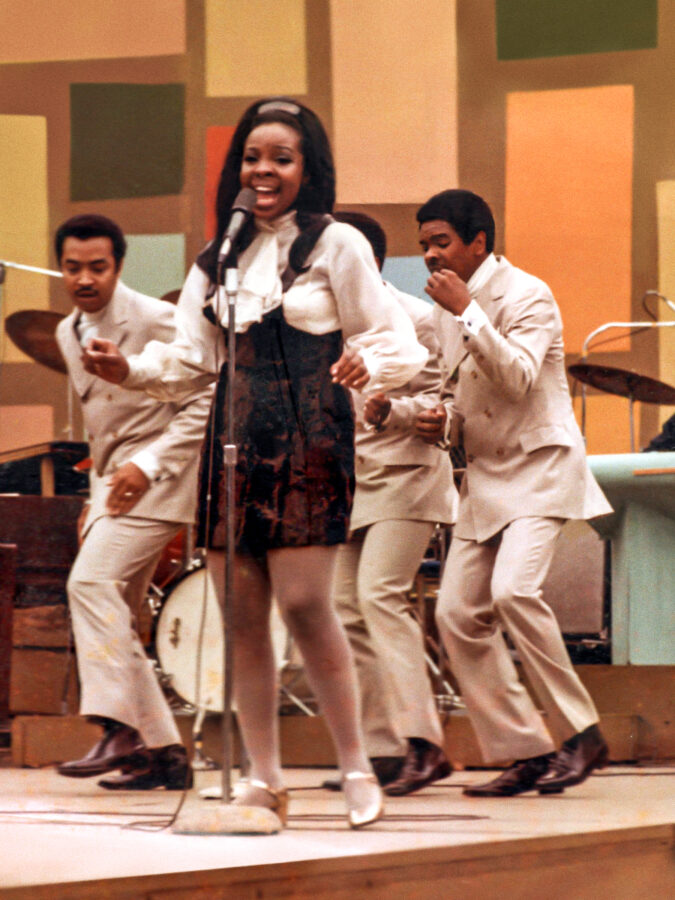 Gladys Knight & the Pips perform at the Harlem Cultural Festival in 1969, featured in the documentary SUMMER OF SOUL. Photo Courtesy of Searchlight Pictures. © 2021 20th Century Studios All Rights Reserved

And the music! Opening the film on a 19 year old Stevie Wonder, Questlove immediately establishes the importance of what we will see. This is a Stevie Wonder in what he acknowledged was his transition stage. Encouraged by his managers to coast on his earlier hits and style, he tells us that he was at a point where he wanted to explore new directions. The shots of him playing the drums, yes the drums, as a master percussionist are stunning.

Lawrence showcased afternoons that featured jazz, gospel, pop, and soul. He invited dance groups, calypso bands, Jesse Jackson and his Operation Breadbasket Band, and even held a Miss Harlem Pageant. The jazz afternoons were a panoply of musicians Black, White, and Brown.

There are the highlights of Gladys Knight today commenting on the Gladys Knight and the Pips of 1969 when they were new kids on the block. And then there’s the magnificent Nina Simone singing at the piano! 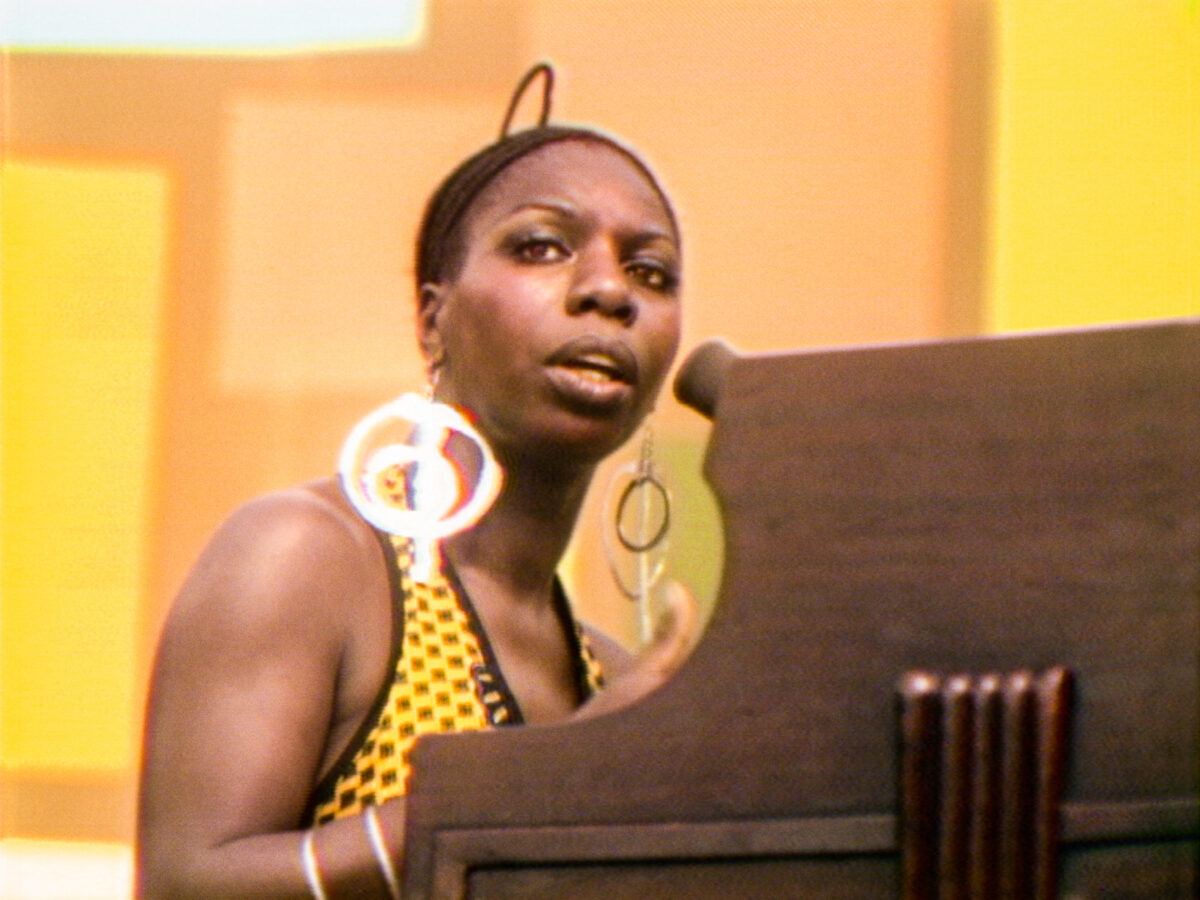 Gospel figured prominently and if you look out into the crowd you will see an older audience rocking to the sounds of the Edwin Hawkins Singers and Pops Staples and the Staples Singers. In a voice over interview, Mavis Staples talks about how this concert was truly one of the highlights of her career. Performing that day was Mahalia Jackson, perhaps the greatest Gospel soloist of all time. She may have been one of the most popular artists to cross over during her career. As Mavis recounted, Mahalia leaned over to her and asked her to help her sing one of her signature songs. Mavis Staples has never forgotten that moment.

The Fifth Dimension capture that audience with their hits and personalities despite the oft-heard criticism that they weren’t “black enough.” Marilyn McCoo and Billy Davis Jr. comment on the sting of that assessment and the joy they felt performing in Harlem to an adoring crowd that day. Significantly, Sly and the Family Stone, the only group to also play Woodstock, were ground breaking in their way. With a female sax player, a white drummer, and a casually dressed Sly, they wowed the unsuspecting older members of the audience, or basically anyone over the age of 21.

Questlove has framed this film in a number of ways and all of them are effective and moving. Just as a music documentary it is outstanding. Seeing this wide variety musicians, some at the beginning of storied careers, others toward the end, is positively world-shaking. The interviews here are enlightening and informative from the people who attended as teens, to the musicians who reflect on what it meant to them, to Jesse Jackson who puts into context the turmoil of the times and the reception of new ideas. Very entertaining and socially significant are the interviews of audience and community members on the impact of the moon landing which took place in July that summer. To the citizens of Harlem it was just one more indication of how little they mattered in the overall scheme of things. Watch for Redd Foxx’s hilariously on point comments.

There are no negatives here, just a general sadness that it took 52 years to discover this archive, buffered by the joy of finally being able to see it. Don’t miss this film.

Opening July 2 at the AMC Century City and other theater; also on HULU.