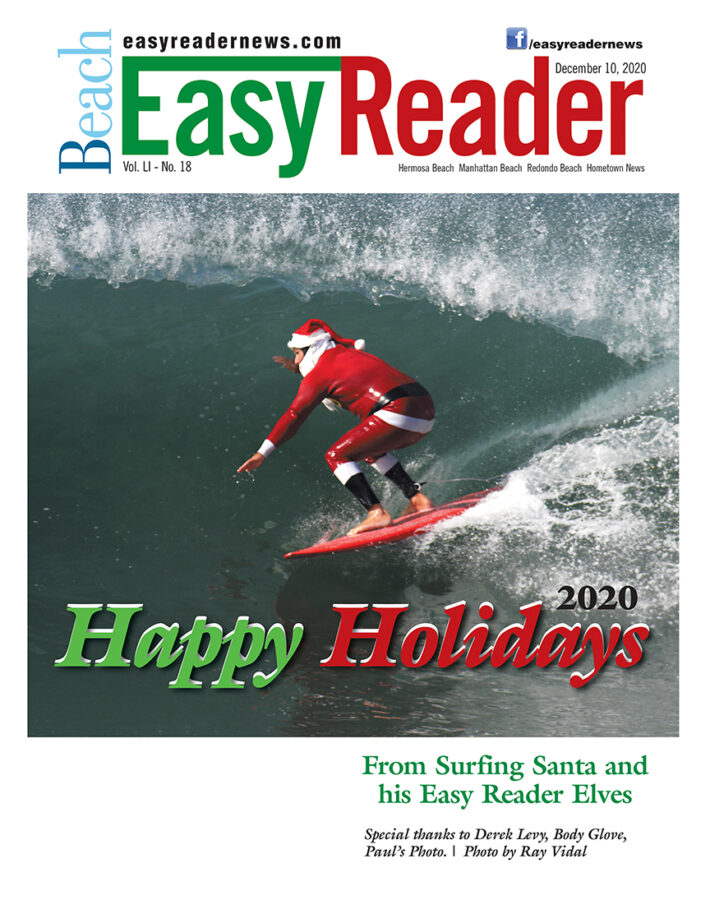 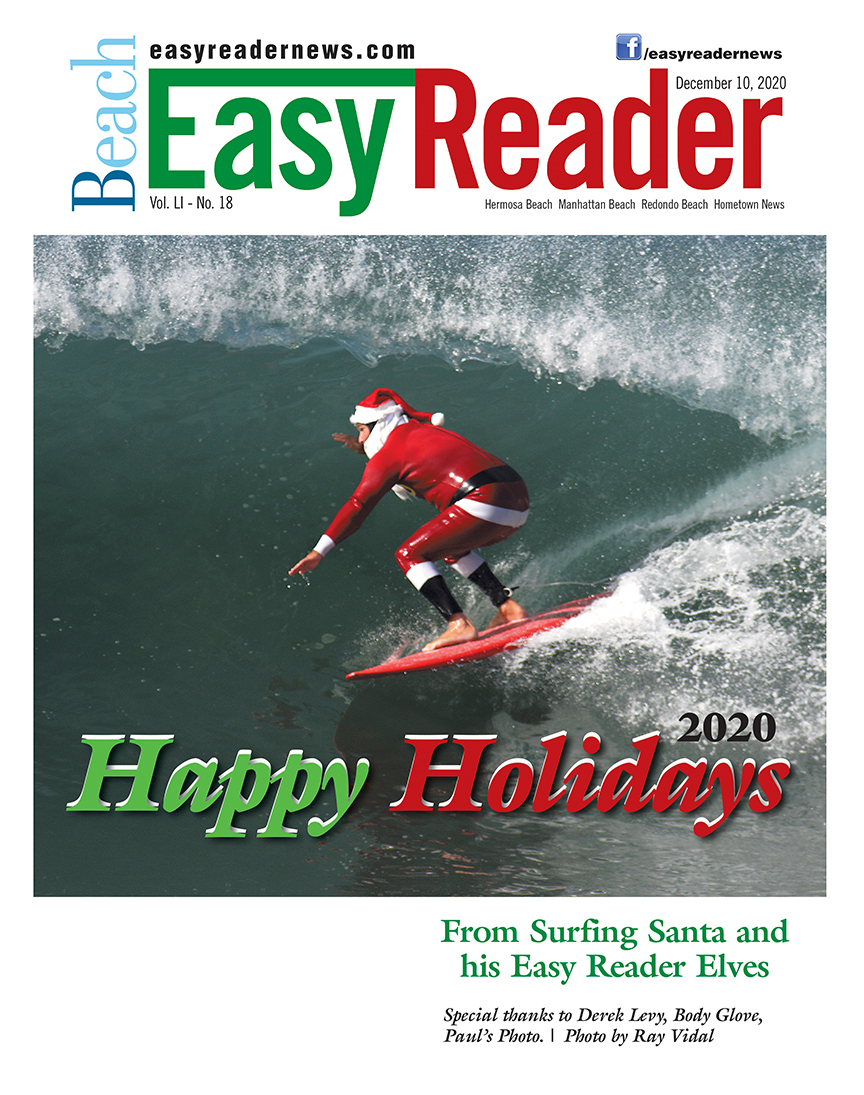 In 1978, retired lifeguard Paul Mattheson brought the cartoon character Surfing Santa to life by paddling out at the Hermosa Beach pier in a wool Santa Suit. When the suit got wet, he almost drowned. The following year, Body Glove made Santa a red and white, neoprene wetsuit, which Matthies surfed in for Easy Readers holiday issue for the next two decades.  When Matthies retired the suit was passed on to surf instructor Vince Rae, who surfed in it for Easy Readers holiday cover for another two decades.

This year, Body Glove made a new Santa suit for a new Santa, Derek Levy, a Surfer Walk of Fame inductee and winner of the South Bay Boardriders Big Wave contest.

“People walk up to you and smile. Everyone’s looking for a little joy right now,” Levy said, following a surf session on Sunday at Neptune Street.

“It was great in the water. The surfers all paddled up to me and asked for surfboards, fins, and wetsuits,” he said. “I hope to do this until I’m 100 years old.” ER 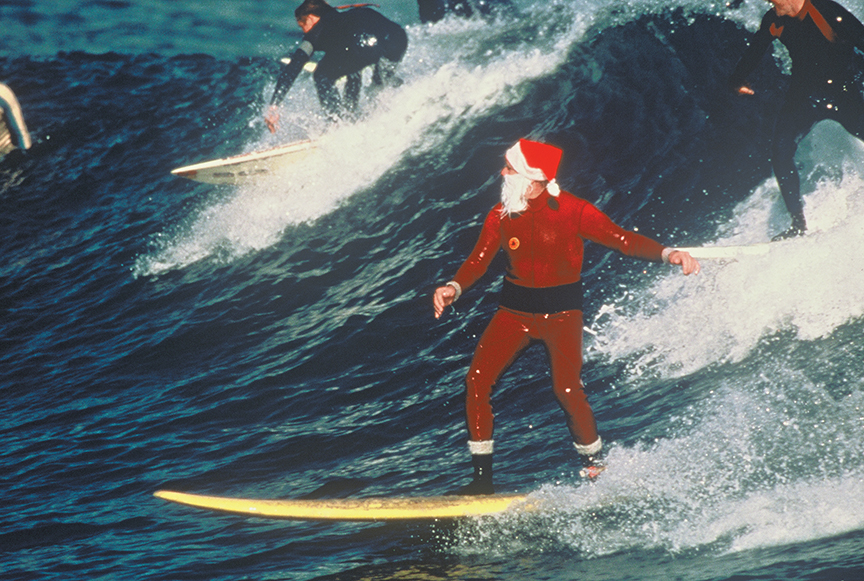 Surfing Santa (Paul Matthies) on a party wave at the Redondo Breakwall in the early ‘80s. Photo by Dwight Ueda 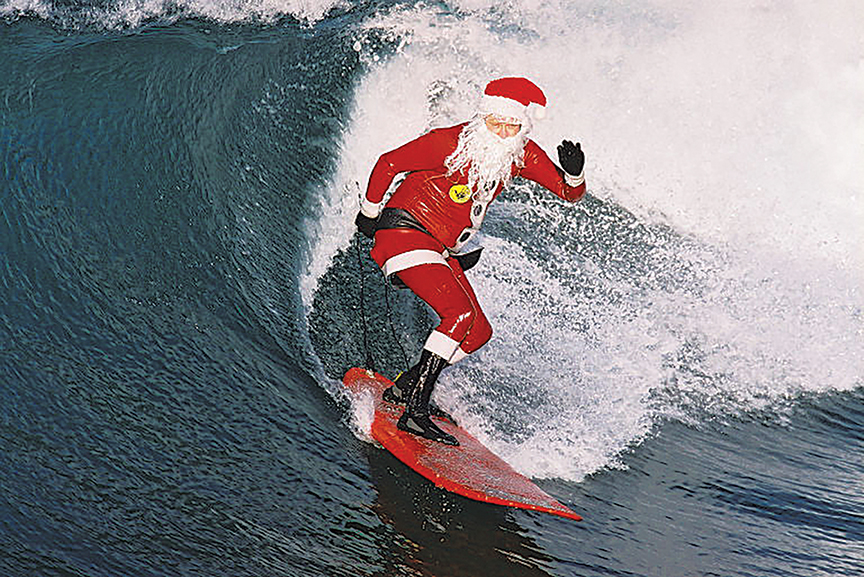 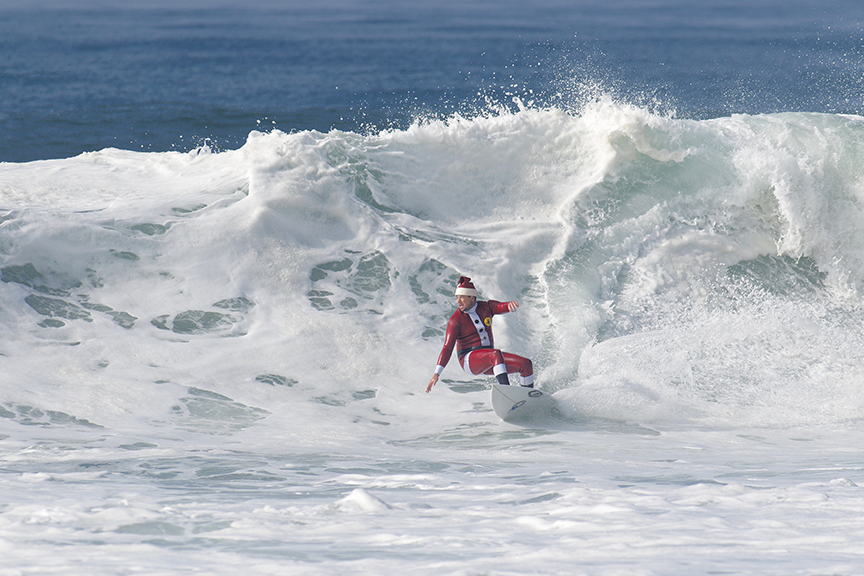 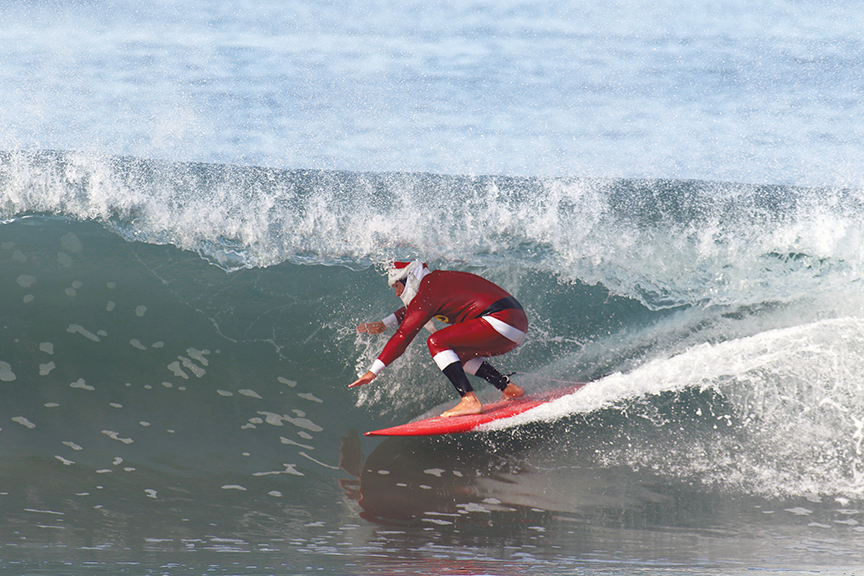 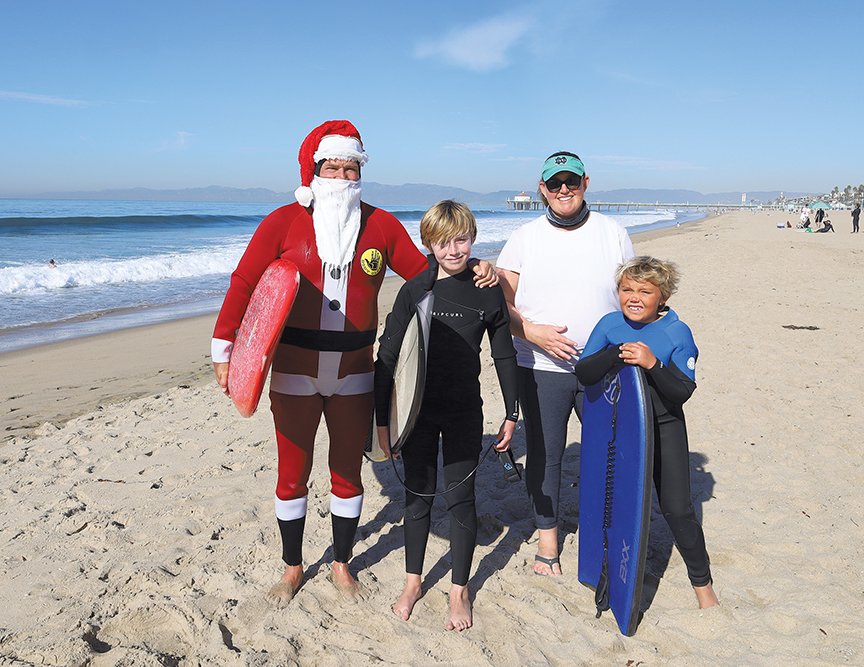 April Kenninger and groms Jake and AJ, of Manhattan Beach, with Surfing Santa at Neptune Street on Sunday. Photo