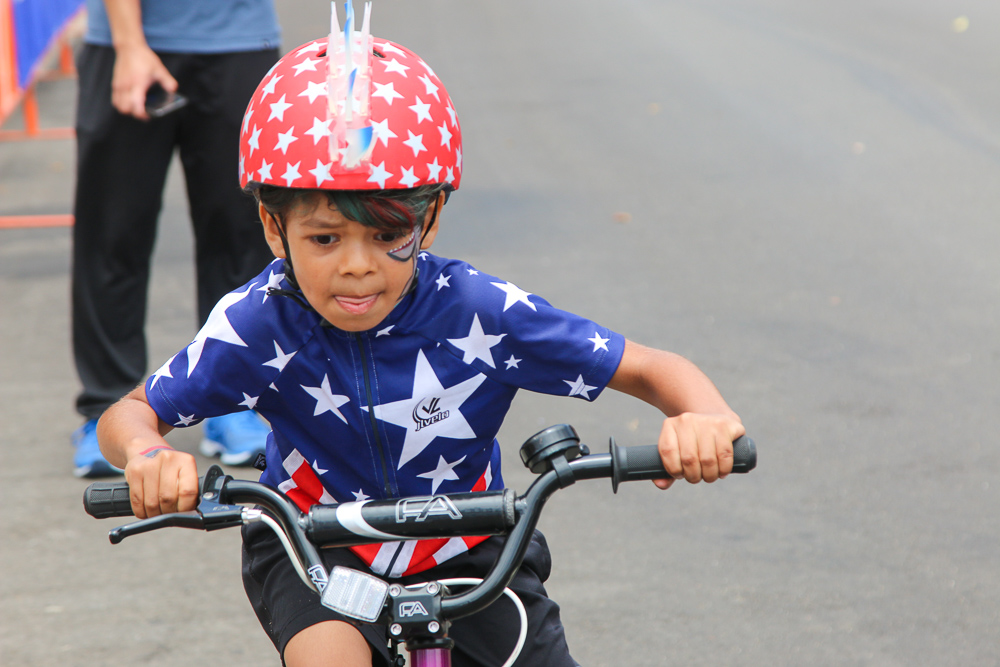 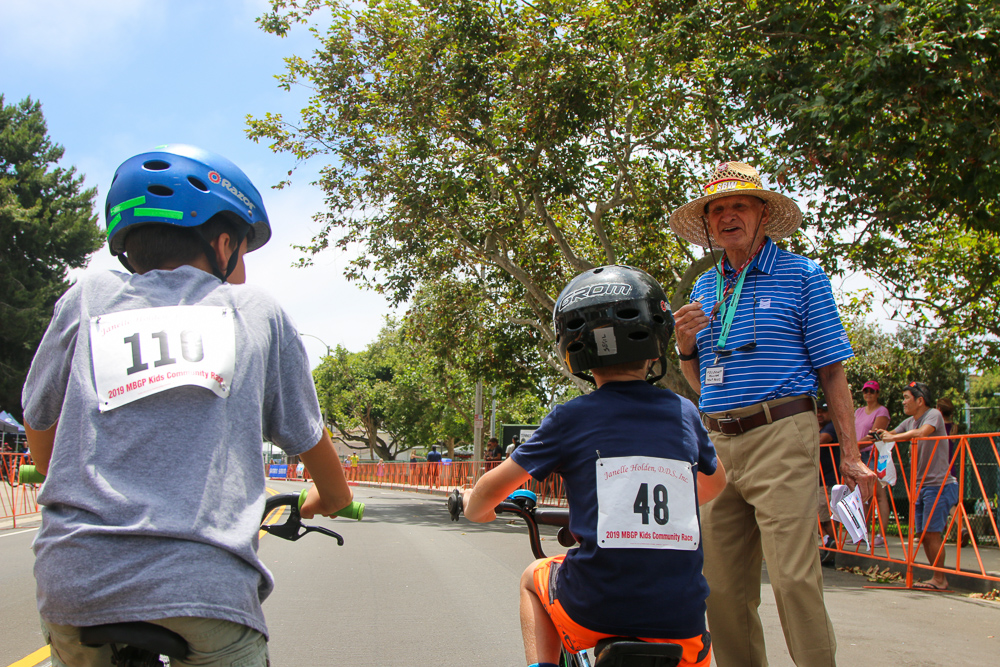 In 1962, Manhattan Beach bike store owner Ted Ernst asked the city council to shut down 1.3 miles of Valley Drive and Ardmore Avenue for a professional road race, known in cycling circles as a criterium. The previous year, the former professional racer had founded South Bay Wheelmen. He said his club would run the race.

“The council wasn’t keen on the idea of closing city streets in the  middle of town for a bunch of out of area riders,” Ernst recalled Sunday, during a break in the 58th Annual Chevron Manhattan Beach Grand Prix. “So I told them, there will be plenty of local involvement because we’ll have kids races. That’s why the council gave us the okay.’ Ernst said.

On Sunday, over 100 kids sprinted down Valley Drive in front of Live Oak Park, cheered on by their parents, many of whom remembered Ernst, now 87, whistling the start for them. ER