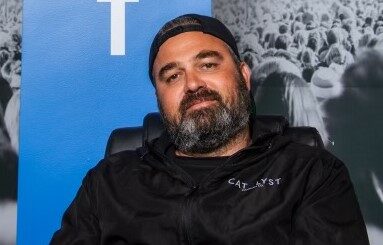 Elliot Lewis, CEO of Catalyst Cannabis Co., leader of the retail cannabis initiative, and the measure to recall District 4 Council Member Zein Obagi, Jr., is happy with the Redondo city council’s decision to hold a special election for the two measures.

The council voted last week to move the cannabis vote, previously slated for March 2023, up to Oct. 19, pairing it with the Obagi recall.

“They’re willing to sacrifice the cannabis issue to save him,” said Lewis. “We are in the catbird seat, on the ballot in October.”

Lewis personally knocked on doors to gather signatures for the recall, along with Catalyst Cannabis Co. employees. Based in Long Beach, Catalyst helped fund signature gatherers for both Redondo issues through the Economic Development Reform Coalition of Southern California (EDRCSC).

Earlier this year, before the city council voted 5-0 to send the cannabis vote to next year, Lewis and the EDRCSC (partnered with Tradecraft Farms of Los Angeles) offered to pay the city’s $244,000 cost to hold a special election this June.

Then, after the recall effort reached the required signature-threshold, the council changed course at its July 18 meeting, on a three-member vote. Councilmembers Laura Emdee and Christian Horvath both left the meeting before the roll call.

“We love the October 19 election,” Lewis said. “And even better, Obagi’s coming back to (last week’s council meeting) to create a quorum to vote our measure on the October 19 ballot was a gift of all gifts. So special thank you to Obagi. The irony. I want to buy Obagi a beer or better yet pass him a fat-ass joint.”

In response to Lewis’ comments above, Nehrenheim gave his thoughts.

“I think it’s very typical of their persona,” he said. “We need to have this conversation about these special interests who come into our community and disrespect us.”

Nehrenheim accepted campaign funds from Lewis last year, but says it was before he knew who Lewis was. Nehrenheim added that he has been a proponent of legalizing retail cannabis in Redondo since he was elected in 2017.

“Our main focus will be turning out the cannabis vote,” said Lewis. “If we get a decent turnout,  we will win. The polling and signature gathering for cannabis in Redondo Beach was very favorable.”

If the Lewis-backed public cannabis initiative passes, it will take precedence over the city’s ordinance.

“If we pass our initiative on October 19, it will be the law of the land,” Lewis said. “We are cautiously optimistic that will happen. We will have to work hard to turn out voters, but we will do just that.” ER