Parties with purpose have helped PV Associates support the arts 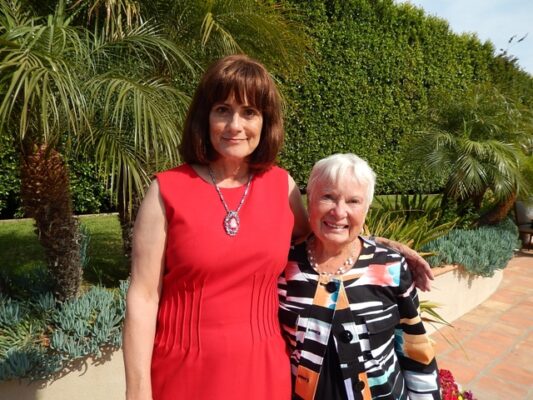 Associates President Marilyn Coates and member Ruth Wegener at the sponsor party for their Celebrate Chefs and Cellars fundraiser on July 14. Photo by Mary Jane Schoenheider

Thirty-five years ago Ruth Wegener and a group of girlfriends who enjoyed working together wanted to start a group to raise money for the arts.

“At first it was just a group of people, we had some fellows in the beginning too,” Wegener said. “We were having so much fun and the word was getting around.”

Wegener and her friends were young and some had been active in the local PTA. They had worked well together on previous projects like Art for FUNDS Sake and wanted to continue putting on fundraisers.

Other local fundraising groups met during the day and were difficult to join. Instead of joining a group that was already formed, Wegener and her friends started a group where everybody was invited to meet in the evening.

“We thought we were too young to get into The Circle, the original fundraising group at the Palos Verdes Art Center, and thought that nobody wanted us,” said Wegener, who was eventually the group’s first president. “It was definitely by the seat of our pants that we evolved.”

The women wanted to host a Christmas decoration sale, but didn’t have a name. One of the members came up with the name, The Associates, and the name stuck.

“That’s how we got organized,” said Wegener. “It didn’t start as a plan to be a group, we just wanted to put on a Christmas party [fundraiser] and it was such a success and everybody had such fun doing it that the group gradually grew to [120] members.”

They decided that three tenets of the group would be support, service and social events, all in support of the arts.

At first they put on three parties a year. In the following years they continued with three parties, hosted during evenings where guests could choose to attend all three or just one or two. But for the past several years they have put on one big event each year.

“We change the location every year,” current president Marilyn Coates said. “We get a group of restaurants and wineries and people can walk around at their leisure and taste the offerings.”

Coates added that they minimized the events to maximize the money they are able to donate to the Palos Verdes Art Center afterwards.

The highlight of the night, besides the fabulous food, will be a drawing for the opportunity to win a package of three California Getaways to Napa Valley, Malibu Beach Inn and Terranea Resort. A silent auction featuring time shares, art and wine will also be a part of the evening as well as dancing and art demonstrations.

“The house this year has a fabulous view of the ocean on a fabulous lot,” Coates said of this year’s venue, the former Roessler Estate.

The Associates have attempted many fundraising activities throughout the years including a fashion show, casino night, auctions and even a homes tour. They typically raise between $35,000 to $75,000 a year.

The group also meets once a month for a meeting and artist demonstration and also takes tours to different art exhibits all over the Los Angeles area.

“I think that’s the glue that has held us together,” said Wegener. “People are interested in going places to see art— we keep an eye open to what’s coming up in different areas of the city. We’ve been to a garden up in Ventura Boulevard, and we’ve found little places in Venice where we thought something interesting was happening. We’ve gone all over the place.”

Wegener added that anybody is invited to join the group, and that the enthusiasm the women have for art is contagious.

“We’re still growing,” said Wegener. “I can’t discuss enough how many people have gone on to bigger and more important positions because of their experience with our group.”

“People always say, ‘Look what you started, Ruth,’” Wegener said. “It always blows my mind because I’m as surprised as anybody else that it’s still going. I had no intention of making it an historical thing.”

The Associates is one of two support groups for the Palos Verdes Art Center. They invite the community to join them as they Celebrate Chefs & Cellars, 5–8 p.m. Tickets are $125 per person. Adults only. To reserve tickets and for further information go to www.celebratechefs.com. To get involved in The Associates, call 310-378-3370. PEN